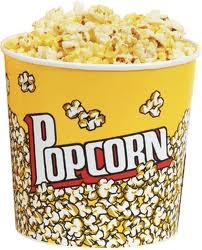 Sitting in theater 4 of Rockwell Powerplant Mall, in the middle of the movie, Edric and I heard a loud clicking sound in the back. We had no idea what it was but it was pretty distinct and annoying.

Edric and another guy decided to do something about it and went outside to talk to the attendants. Within a few minutes the problem was solved and the clicking was gone. I turned over to Edric and said, “I really appreciate you, hon. I love that you went out there and took care of things.”

About an hour and a half into the movie, however, there was another issue. The dialogue went mute. We were watching a silent film! All acting and no sound.

When the problem did not resolve itself, Edric instinctively jumped out of his seat to fix the problem. He informed the attendants outside the cinema and they immediately addressed his concern. They stopped the film, back-tracked five minutes of the movie we missed and we were able to finish the the story in peace and with no more glitches.

It probably sounds silly that I find my husband attractive when he does things like this. And of course no one knew or cared that Edric actually went outside and inconvenienced himself to fix the problem. But I did! I thought to myself, “What a guy!”…Especially since everyone else was just complaining and sitting around eating popcorn (including me!).

I appreciated him for being heroic, even with a small thing. This wasn’t about saving people from a life and death situation, but it was about taking initiative and taking charge. And I have seen this trait in my husband often. It’s an admirable, masculine trait that I want our boys to have, too.

Th wonderful thing is Edric is training the boys to be this way. When they are in a restaurant, he lets them talk to the waiter if they need something like water or if they want to know where the restroom is. When we are at home, he gives the boys leadership roles. He will tell them, “Titus, you are in charge of calling daddy for prayer time.” Or, “Elijah, you will watch over your brothers and call me if there is a problem.” Or, “Edan, please make sure that you all don’t watch more than two cartoon shows. You are in charge.” He randomly assigns responsibilities so everyone gets the chance to be leader.

I’ve tried to be supportive of his attempts by making the boys serve themselves. My mom used to tell us, “whatever you can do for yourself, do for yourself.” So when the boys say things like, “I need water!” or, “I need a pencil! I don’t have a pencil,” I give them a look that says, “You know where to get water”, or “You know where to find a pencil.” And they go solve their own “problems.”

When it comes to settling their disputes and conflicts, I ask them to figure it out on their own first before coming to me. There was a time when I was a referee almost all day, every day! It was exhausting!

Of course my younger kids have a long way to go. Edric and I have to work at moving them further and further away from dependence.

The point is that we want our kids to be self-starters, to take initiative, and problem-solve on their own. So we give them opportunities to step up and encourage them with a lot of affirmation. So far it seems to be working, not perfectly, but we are getting there.

The kids are learning how to exercise leadership, initiative and be less dependent on us when they need something. For example, when Elijah was looking for the restroom during our lunch at Cyma, he went up to the waiter and found out where it was. Afterwards, he came out and said, “Mom, I know where the toilet is if you need to use it.” In fact, he escorted people from our table to the restroom so they knew where to go.

My other son, Edan, counted all 26 people who were in our group so we could get an appropriately sized lunch table and enough chairs. No one asked him to count, but he did to help out.

I found these gestures adorable in my young sons, but I am hoping and praying that they will translate to true leadership in the future.

In the meantime, my part is to help my boys move away from being “popcorn men!” What’s a popcorn man? Someone who waits around for others to solve their problem, who doesn’t know how to take initiative to help others or themselves, who complains but doesn’t take action to contribute or make a difference. He is also someone who “goes with the flow” instead of standing up for what is just and upright.