I wish I had a professional camera to take photos at my sister’s wedding to share with you all. But I had to rely on my Iphone and Facebook to get photos of the event. (Will wait for the wedding photographer’s selections and share them when I can.)

It was an amazing wedding, which I believe really brought glory to God above all. My sister, Carolyn, and her husband, Joel, had never kissed until the wedding ceremony. They had tried their best to stay pure and not get physical before marriage and I want to applaud them for this choice. (Edric and I weren’t as self-controlled!)

The day after her honeymoon (the first night), she and Joel dropped by my parents’ house to pick up some things and say hello to everyone. What brave souls they were to enter into the dinning room with family members ready to pounce on them with a million questions about their first night together! But we were kind enough. I wasn’t super kind. I pulled my little sister aside and grilled her (in a gentle way, ofcourse). She said, “I’m so glad I waited. It was worth it.”

That’s all I needed to hear. And I’m writing this to encourage parents to be guardians of their children’s purity. We cannot control what they do when they are older, but while they are young and innocent, entrusted into our loving care, we can make a big difference in this aspect of their lives.

My parents discouraged us from dating or having boyfriends early. Unfortunately, I got a boyfriend in high school because my parents were more lenient with me. I went through a personal crisis when I was fifteen and my parents thought it was important that they give me more leeway. Looking back, I wish they could have been more strict about me and dating, but God has since worked all things out for the good. I do know one thing…My parents prayed for each of our future spouses ever since we were little children. And they told us what kind of spouse to look for way before we were ever interested in the opposite sex. (I call this preventive medicine. It becomes very difficult when we wait until they are emotionally involved with the wrong person to tell them that they should look for someone else or that they should get out of the relationship.)

Candy and Carolyn, my two sisters, did not have boyfriends in high school or college. They had guys who were interested in them and who pursued them, but they did not get into any sort of committed relationship with anyone. What helped alot was that my sisters were always busy playing sports, studying, learning music, being involved in ministry, spending time with the family, hanging out with friends etc. There was really no time for casual dating. Boys were friends but there was no need to get serious with any of them. Furthermore, we were very “tight” as a family and my siblings and I were very secure in our relationships with one another and with our parents. In short, there really was no desire for them to get boyfriends because their emotional needs were also met at home.

Naturally then, there was less temptation for sexual immorality. And the longer they did not date, the more they valued their purity and the more they realized that being single had amazing benefits. It wasn’t until they were both out of college and working that they were open to the possibility of getting to know guys more seriously. But even then, it wasn’t really a priority. Instead of making themselves “available,” they focused on maximizing their single state.

My sister, Candy, was married four years ago. But, Carolyn, had no prospects in sight. She met a lot of great Christian men who were wonderful. But none of them quite captured her heart. She never felt like any of them was the “one.” It wasn’t until my dad and my brother, Paul, got into the picture that Carolyn’s heart became open to Joel. She had never really gotten to know Joel as a friend because they only saw each other at Dgroup (or Bible study) meetings. When Paul asked Joel to consider Carolyn as a potential life partner, Joel was shocked. Here was my brother offering Carolyn as an option. Since Paul was discipling and mentoring Joel at the time, Joel considered it, even if he felt like Carolyn was not interested in him. He prayed about it.

In the meantime, my dad also spoke to Carolyn. He asked her to consider Joel. Carolyn was resistant at first but decided to pray about it and obey. With Carolyn’s heart now open to the possibility of getting to know Joel more seriously, and Joel open to the possibility that Carolyn could be a potential life-partner, they started to hang out as friends. And they connected on so many levels.

As family members, we watched their romance unfold like a storybook. I saw the hand of the Lord on their relationship. Joel hung out with our family often and Carolyn hung out with his family, too.  Every family member had some sort of involvement in their relationship, but by far the most valuable contribution was parental. My parents, as well as Joel’s, advised and guided both of them. Finally, Joel and Carolyn came to the point of recognition — that it was God who brought them together and intended that they should also marry. Soon after Joel asked Carolyn to be his girlfriend, he proposed marriage. By this time, Carolyn had truly fallen in love with him and opened her heart to him.

When I saw my sister walk down the aisle last Sunday, I was in awe of God’s faithfulness in her life. She is a woman who walked with the Lord and listened carefully to his leading. She obeyed my parents and trusted in their wisdom and insight about Joel. And because of this, she walked down the aisle to be wed to the man that God hand-picked for her — the first man she ever kissed or ever loved.

But I was most blessed by the tone and feel of the wedding. Joel and Carolyn wanted Jesus to be the central figure in every part of their wedding, and he was. The verse that God brought to my mind was this:

“…And in your book were all written the days that were ordained for me, when as yet there was not one of them.”

I pray that God will be the one to write the love stories of our children, too! 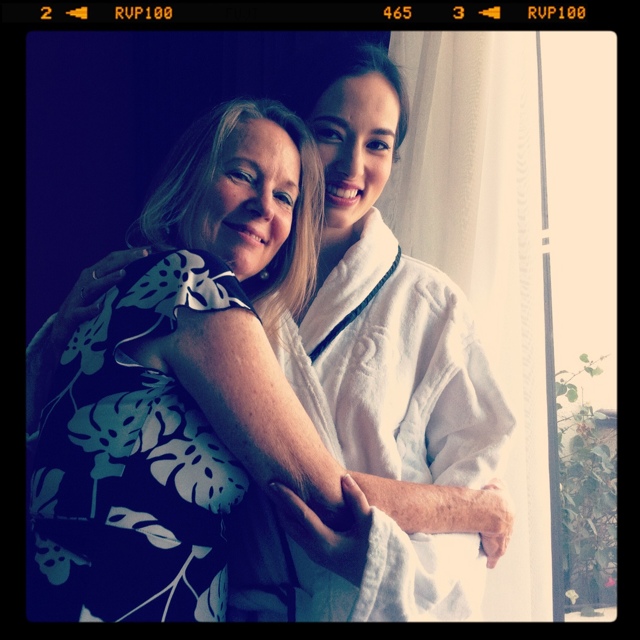 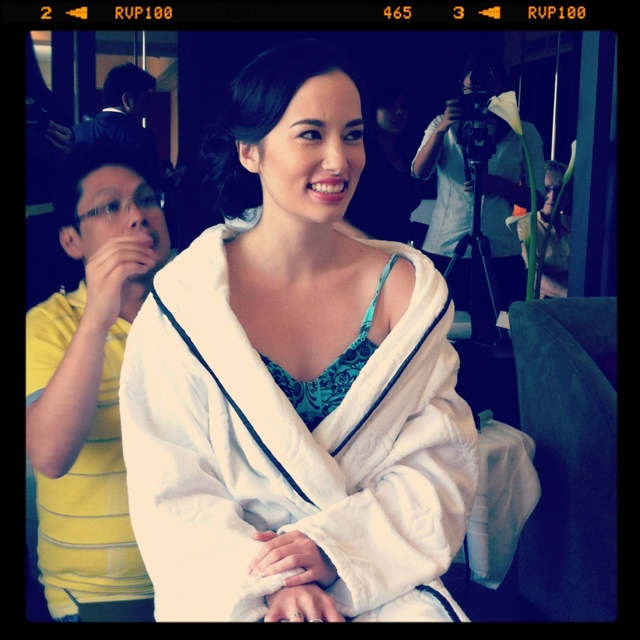 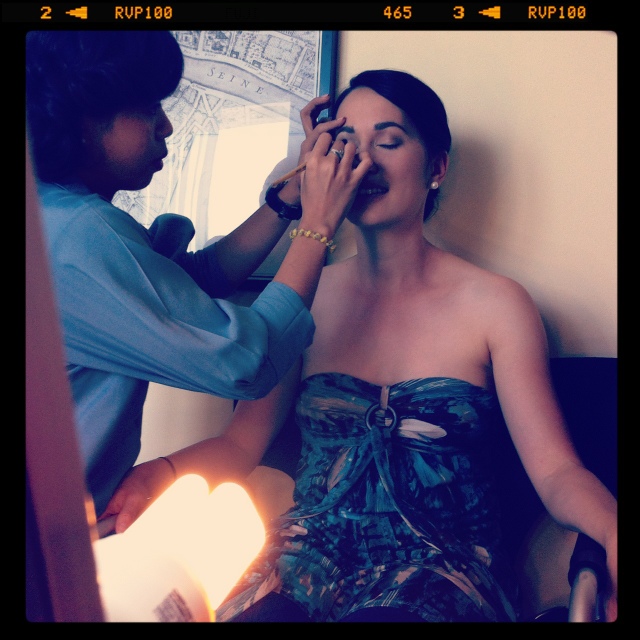 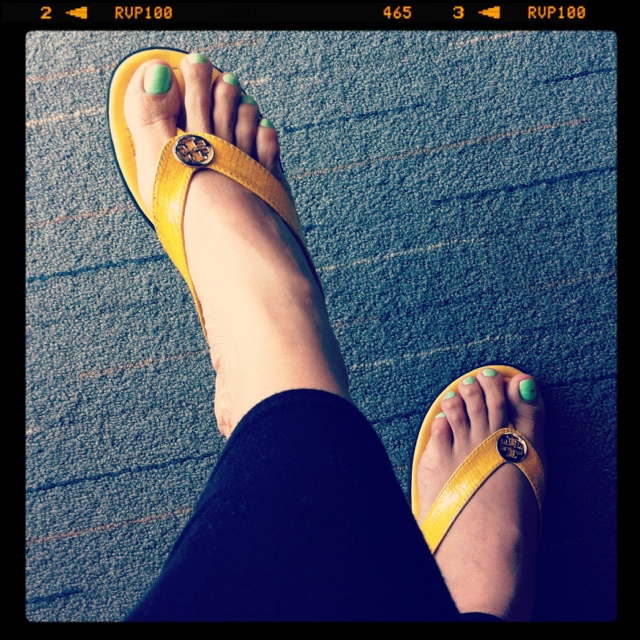 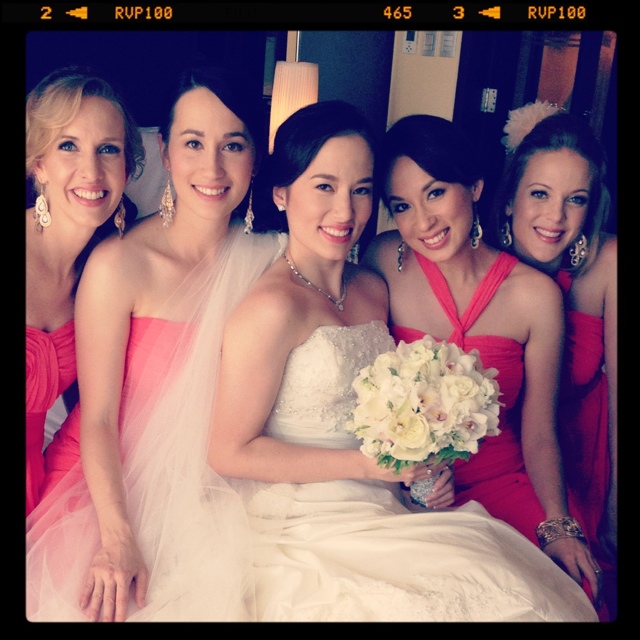 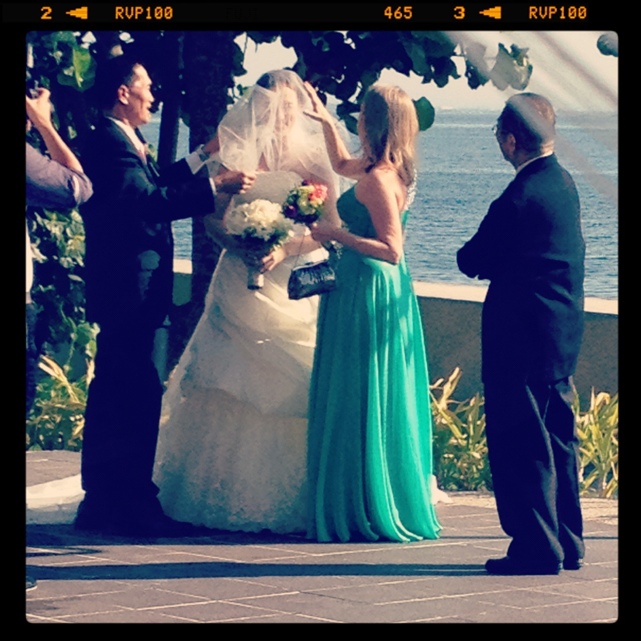 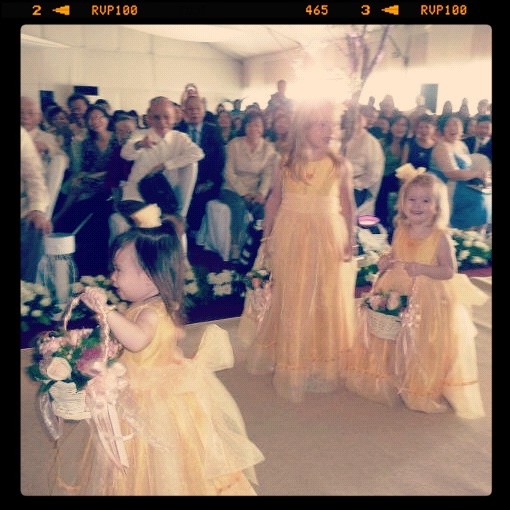 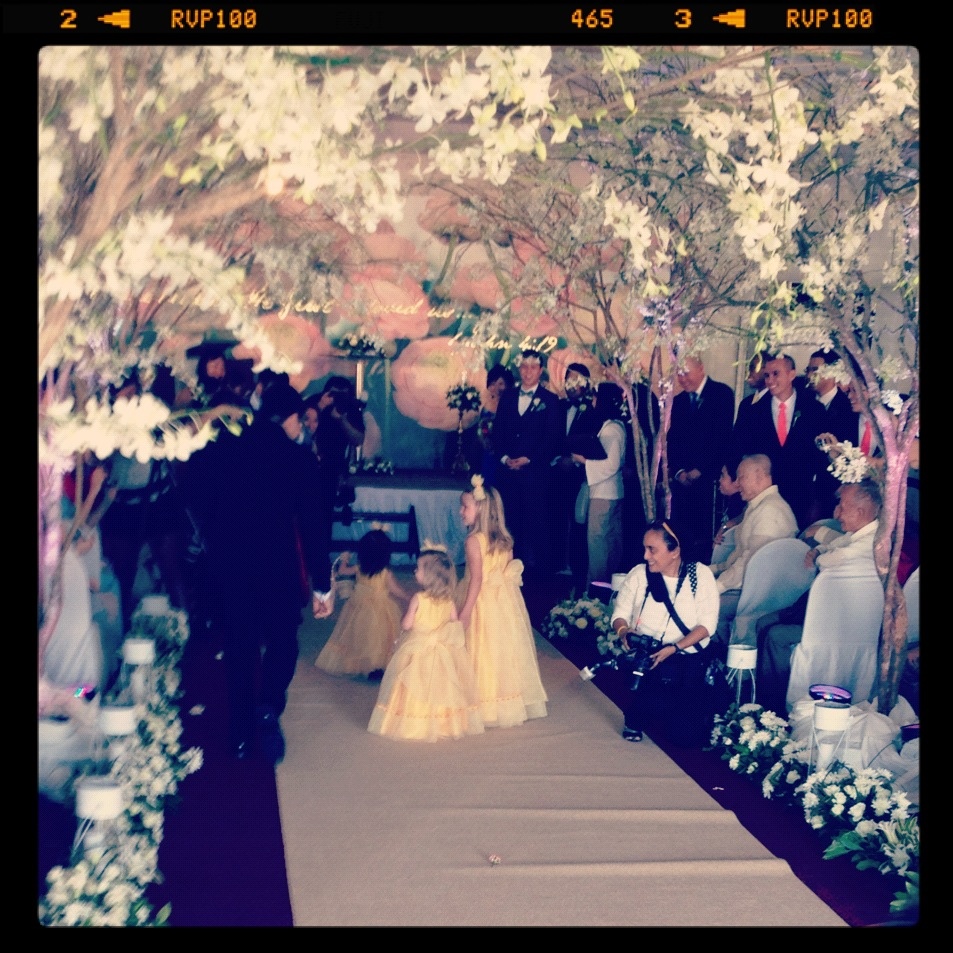 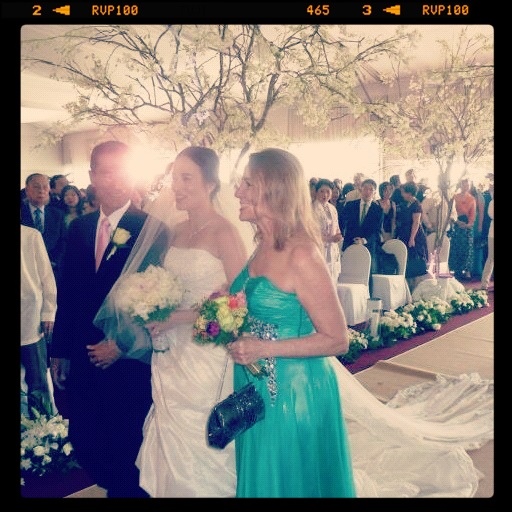 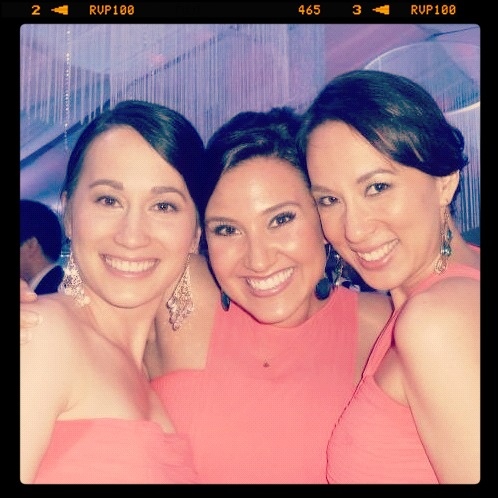 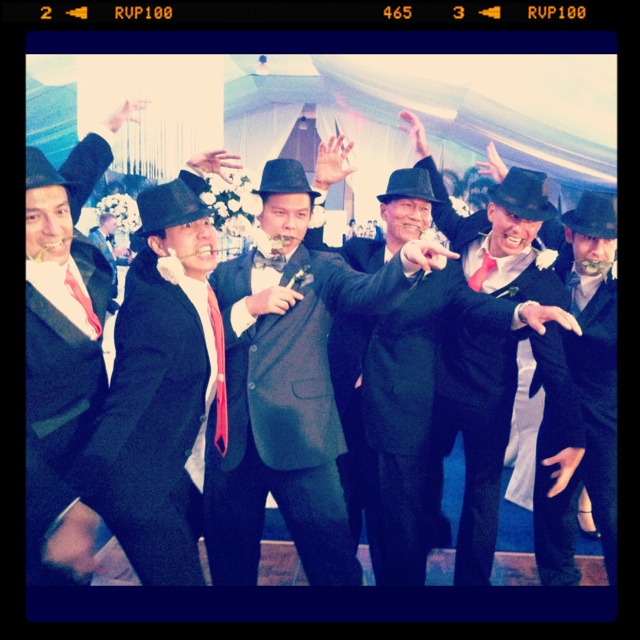 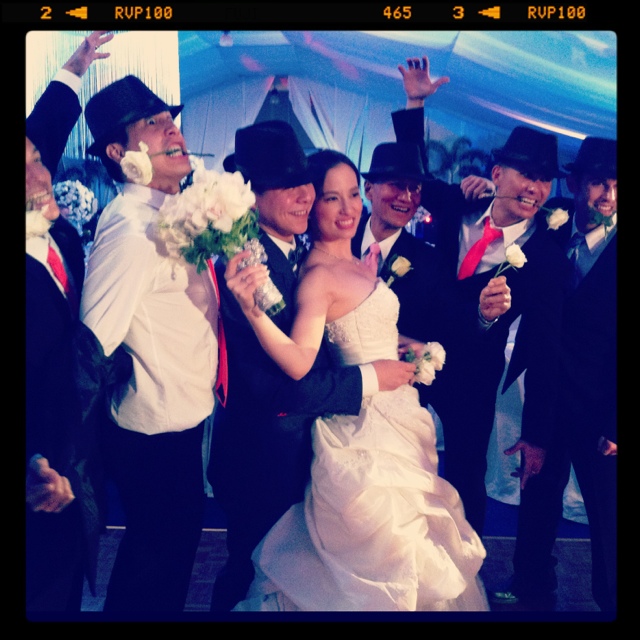 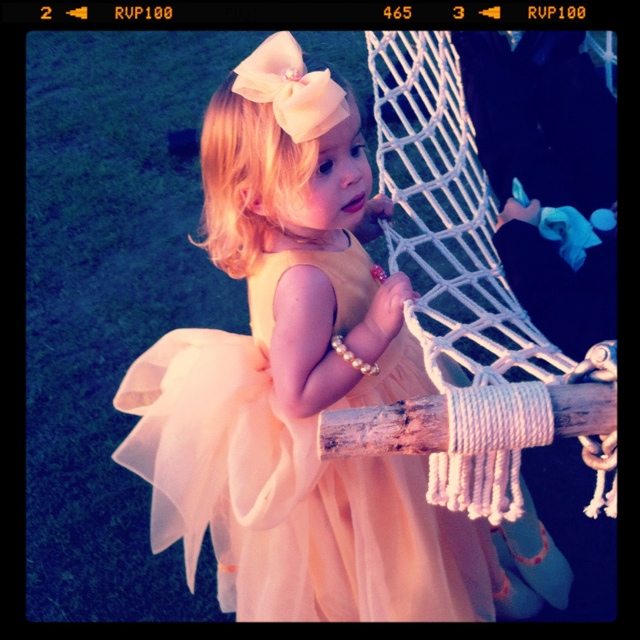