My highly gifted son gets easily frustrated with his writing. And his very high standard of perfection often keeps him from enjoying the writing process. He labors over each cursive letter, erases, re-writes, erases. It drives me crazy when he gets like this. I often feel that he is missing the point of the exercise because he is too caught up in making his writing look calligraphically flawless (calligraphically isn’t even a word).

Do I pressure him to have perfect handwriting? Not at all. In fact, I’m often telling him, “Just write clearly enough so I can read what you want to say.” Penmanship is no biggie to me. I think children won’t be writing with paper and pen ten years from now.

But it’s not just his handwriting that has been a source of stress for him lately. It’s anything that he can’t do according to his expectations of himself. This behavior has become more and more frequent in the last few weeks. At least once a day he will get very upset at himself for a task he cannot perform to the standard at which he believes he should. Yesterday, for Daily Vacation Bible School, he was making a candle holder. But the buttons fell off and he repeatedly said in a very agitated voice, “It’s ALL breaking! It’s ALL falling apart!”

I’ve told him before that trying his best and having a high standard is not wrong, but if it causes him to be angry and lose control of his emotions, then that is wrong. How does he lose it? He starts crying and giving melodramatic speeches, and he may even toss his work and give up completely.

When I hear him tailspin like this something in me wants to snap. There are days when I feel like giving him a good smack across the face to “wake him up.” It sounds terrible and thank God I have not ever done that. But, I am tempted to react to what seems to be an overkill response to a situation. I just want to tell him, “Stop it! Get over it! The sky IS NOT falling! It’s not the end of the world!”

God has to bring to mind the verse which says, “let no unwholesome word proceed from your mouth but only such a word as is good for edification, according to the need of the moment, that it may give grace to those who hear.” And boy do I pray and ask God for H-E-L-P.

After seeking advice from several people I look up to and admire (my mom being one of them), a very logical reason they brought to my attention was the possibility that the root cause may be pride. My mom encouraged me to tell him, “You have to be able to accept that you can’t do everything perfectly. Even if you try your best, sometimes it won’t turn out the way you want it to. But that’s okay. You need to be thankful for what you are able to do, be humble, and then strive to become better. And getting it right won’t always happen immediately either.” Well, that made a lot of sense. So today, when my son had another one of his bouts, I let him settle down first. Then I spoke with him in the car about it when the atmosphere was relaxed. (Come to think of it, car-talks are some of my most effective teaching times.)

This is one of those things that I really need to pray about and bring before the Lord. My son’s emotions are not something I can switch on and off with a remote control. And it wouldn’t be right of me to expect that he can do the same thing. Sure, he can learn to manage his emotions, but he’s got to understand the real problem first and learn to be humble and accept his weaknesses.

As for me, God is calling me to be patient with this one. I have felt myself near boiling point a couple of times. But thankfully, the Holy Spirit rescued me from blowing up. Whew!!! The last thing an emotional child needs is an emotionally wacko mother!

Lord, I need your grace. This is one of those unknown territories of parenting that I am entering into.

1. Give me understanding and a listening ear to know what is going on in his heart.

2. Give me patience when his behavior is unpleasant to me.

3. Give me grace to respond positively — to build him up and draw him closer to you.

4. Give me wisdom to teach him in the way he should go.

5. Give my son the right spiritual perspective to help him overcome this struggle.

In the meantime, I gave given my son this verse to think about:

He who is slow to anger is better than the mighty, And he who rules his spirit, than he who captures a city. Proverbs 16:32 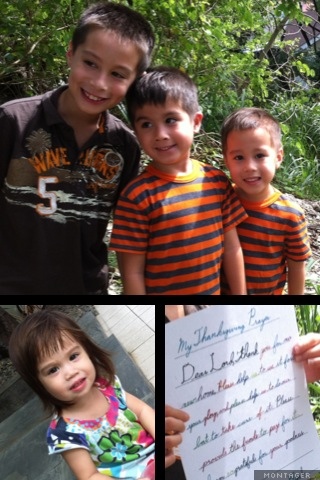 1 thought on “When Kids Feel Like the Sky is Falling”