We took a trip to a farm after church today. The experience didn’t turn out to be like I expected but it was a good life lesson on gratefulness for the kids (and Edric and I).

When we got to the farm there were already a whole lot of people and cars inside, so we had to park almost a kilometer away. With four little kids in tow, this was not pleasant news. But Edric got us tricycles to ride into the farm. They were going to charge us P15 per person, which was ridiculous. So he bargained down to P50 for both trikes. This was probably still a lot compared to what a tricycle normally costs, but it was a lifesaver. The boys were thrilled. When we got there, people were everywhere. There were no signs that told us where to go but the people were helpful and accommodating.The mid-day sun was bearing down on us with full force. Even our little Tiana said, “It’s so hot!” Boy, was it HOT!

Despite the heat, Edric decided that since we had come this far, we might as well walk around. So we went looking for animals but they were tucked away somewhere. And by the time we got to the lunch area, it was slim pickins’ because we were late…our fault. We paid 180 pesos for each meal of grilled Tilapia and rice, with a siding of Atchara. And the fish were grilled with their scales. Sigh. We didn’t actually get the number of fish that we paid for because the fish were different sizes so they told us that some were one fish for two people. What? It was too hot to go back and make a fuss about it. The kids started to complain about the food, saying it was tasteless. The rice was undercooked, too. Edric had bought them chocolate ice cream but surprise, surprise, it was spiked with chilli! It was probably intended to taste gourmet, but for our young children, they were like, “spicy ice cream!” I could feel the negativity brewing in our kids.

But we learned a verse on thankfulness two weeks ago. “In everything give thanks, for this is the will of God.” (1 Thessalonians 5:18) Edric reminded all of us to be grateful. In fact, he HATES being hot and sweaty, but he served all of us by going to pick up the food and then making a second trip to get all the rice. This is not like my husband. He’s a great guy and I think he is awesome, but he likes to be the one who is served. It was out of his comfort zone to be acting the part of a waiter.

The boys saw him try to make the most of the situation. And he kept telling us to have a good attitude. So when the boys were licking their spicy ice cream, Edan said, “I’m being thankful! I’m going to eat it all!” And on the way home, Elijah said, “Now we know how hard it is for farmers to stay in the sun all day and plant rice!”

I thought they pretty much got the gratitude lesson. But tonight, when we took a stroll and stopped at a convenience store to pick up some “normal” ice cream, Titus was upset because he didn’t get the ice cream he wanted. He started to pout. I was encouraging him to change his attitude, but it was his older brothers coming along side him that probably helped more. They flanked him on both sides and talked to him about being grateful. Afterwards, I picked him up, hugged him, and told him, “I’m very proud of you for changing your attitude.” (It was an attempt at the power of positive words.) He managed a smile. Then I said, “We may not always get what we like, but if we are thankful, we will always like what we get.”

We ended the day having a family devotion, watching a DVD, and the kids had their ice cream. During our devotion, when Titus was asked how he applied being thankful, he replied, “I was thankful for the ice cream.”

All our kids are a work in progress (just like Edric and I). But it’s certainly nice to see that God uses circumstances, big and small, to give us opportunities to train their character. He also reminds us to be good examples because they are watching us! Edric and I have to be careful not to bicker, grumble, and act spoiled when we are inconvenienced, disappointed or don’t get our way. After all, we can’t expect them to be grateful if we don’t practice it ourselves! 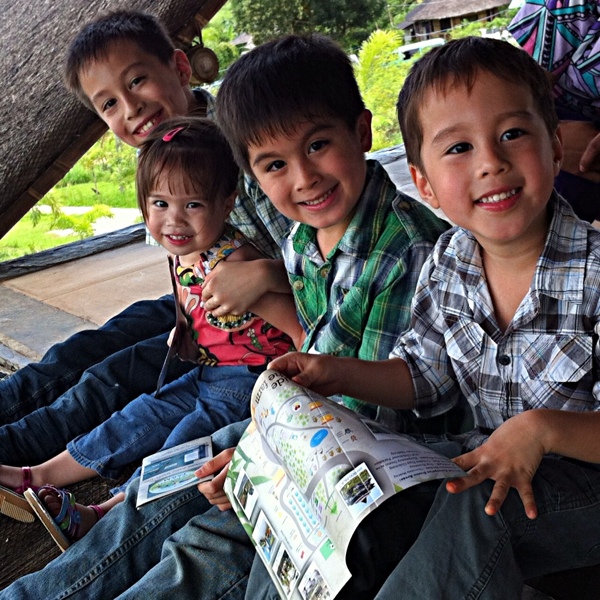 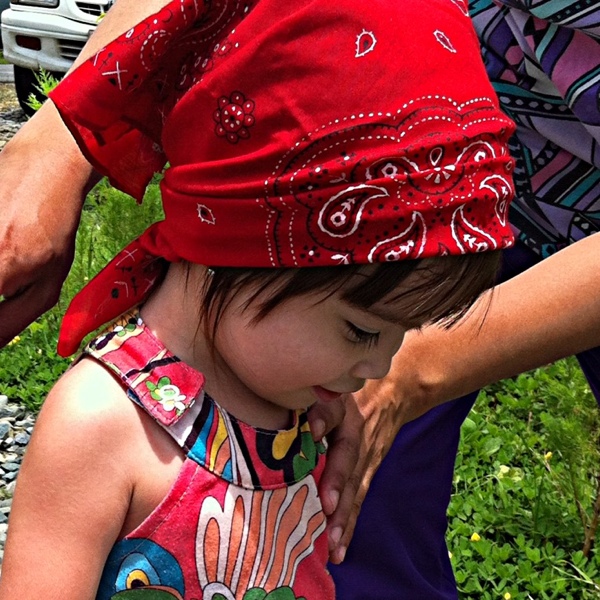 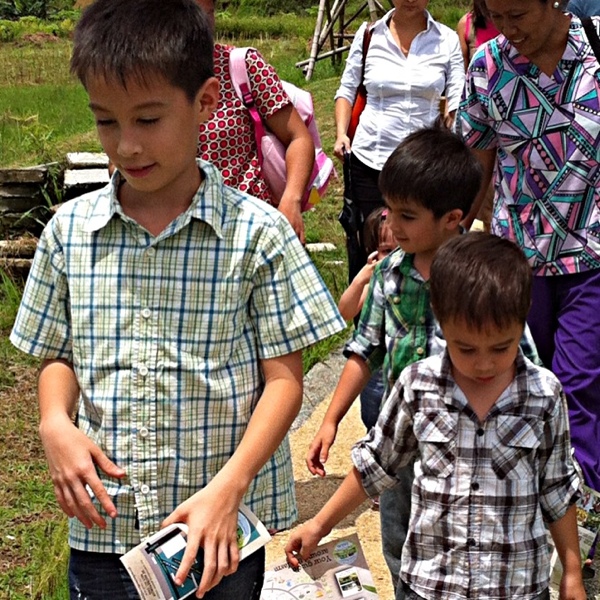 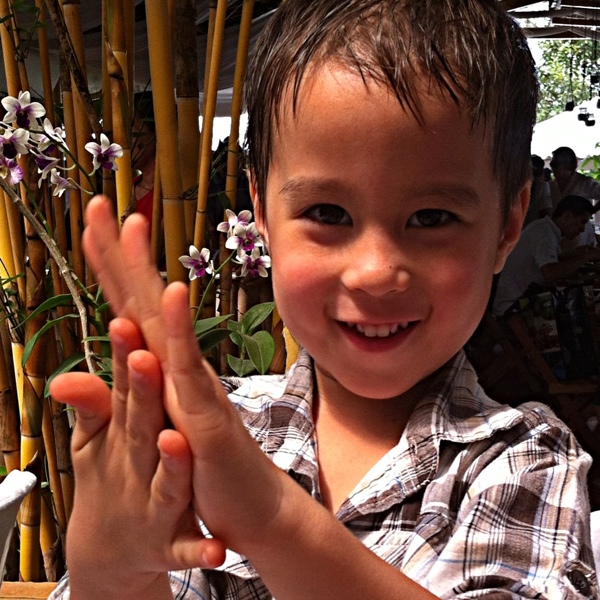 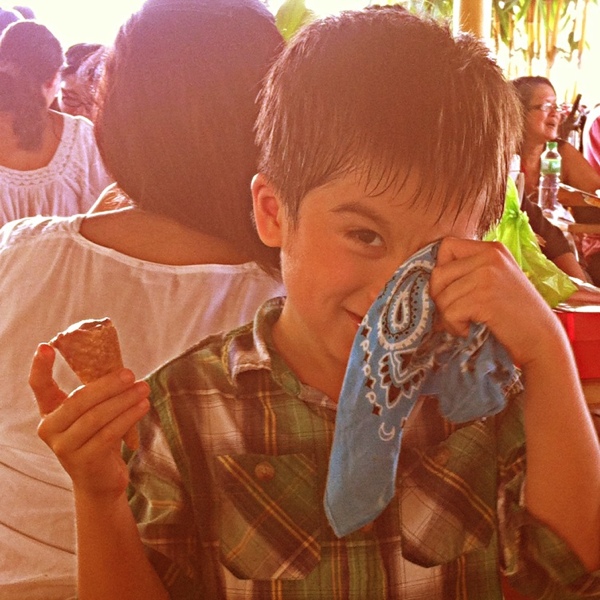 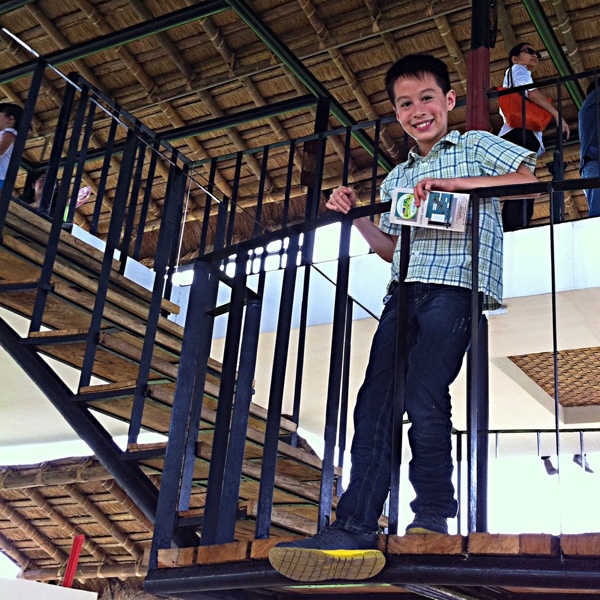 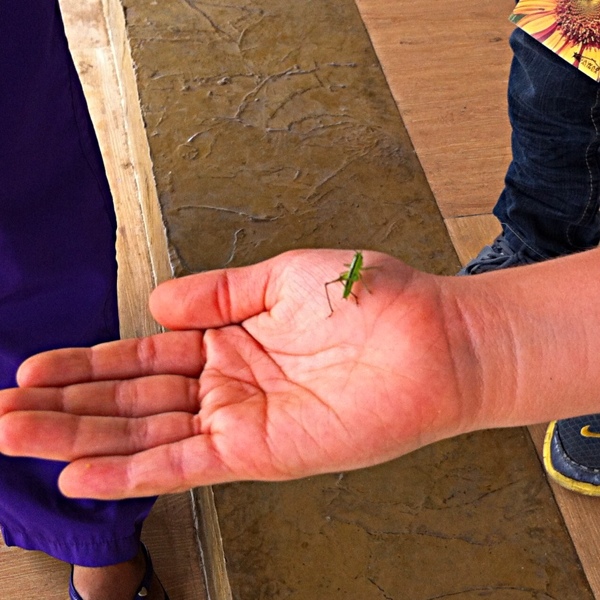 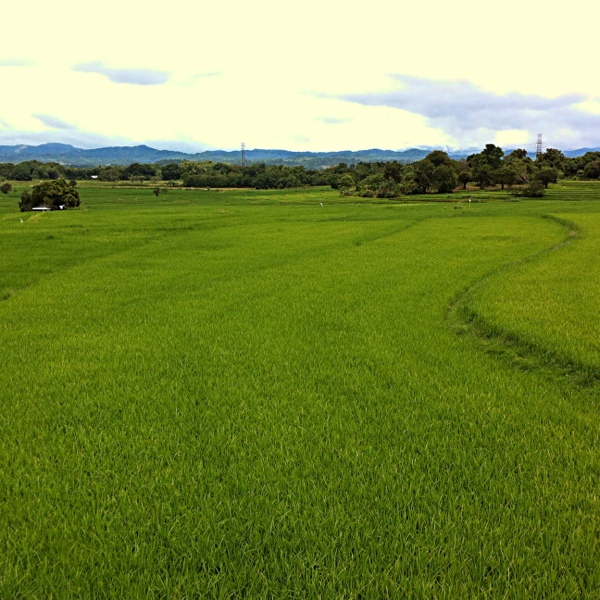 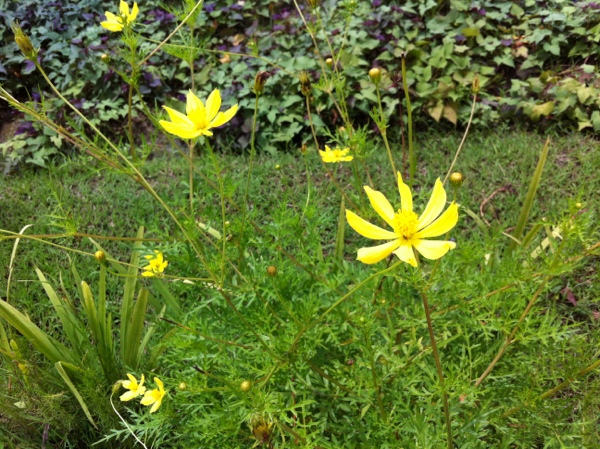 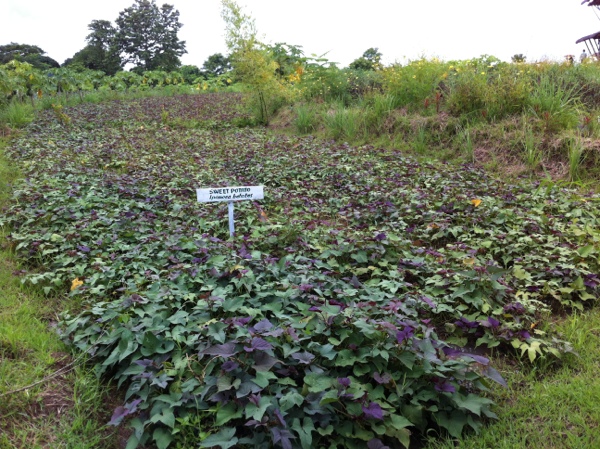 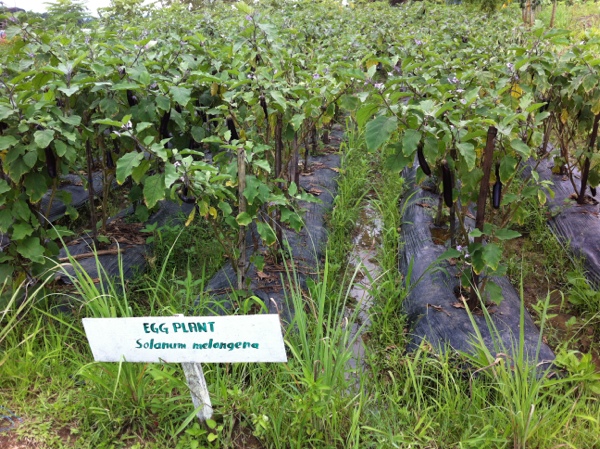 2 thoughts on “In Everything Give Thanks”