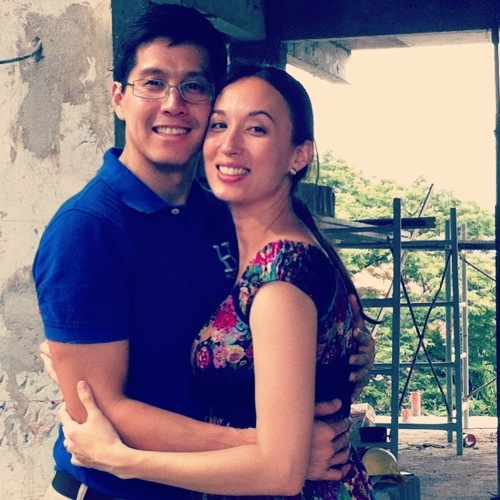 Edric has always been such a romantic. He doesn’t forget an occasion, be it our anniversary, valentines, Mother’s Day, my birthday, etc. Despite his busy schedule, he will find time to surprise me. It’s not always a costly gift, monetarily speaking, but it is something thoughtful and personal. He knows I don’t like generic gestures like flowers and chocolates, so he makes the effort to be creative.

Last year, he collected encouraging letters from friends and family for my birthday. On one occasion, he and the boys did a music video. Another time he got a bunch of artists together to do a portrait of me. Some years ago he cooked me a full course meal and even bought a chef’s hat to wear (he does not cook at all!). After I gave birth to Tiana, he booked a room for us at Shang-rila and we went to the spa at the hotel so I could relax. He thought I needed a break.

I also remember an instance when he and Elijah tried to make a New York cheesecake for me. He and the kids went to the grocery to pick out ingredients and he had no idea what to look for. In fact, he had to keep asking me questions like,”Where would I find something like cream cheese?” When he and the kids got home I caught them crushing graham crackers all over the dining table. The crumbs were flying everywhere but I thought it was the sweetest mess I had ever seen.

One of my more favorite presents was a laminated card that he made which he said entitled me to 10 special privileges. Any time I pulled out that card, I could claim a privilege. Things like…him paying for my credit card bill without being irritated even if I overspent. (I didn’t abuse this one.)

Yesterday, for Mother’s Day, he had the kids write me letters. The theme was, “How do I love thee, let me count the ways…” The older boys wrote out words using the alphabet as an acrostic. When I woke up they all climbed into our bed to greet me and they handed me their letters. What a treat! The most priceless gifts that I have received from Edric and the kids have been these sort of thoughtful gifts.

He told me that since he didn’t have work on Monday, he would do something special for me because we celebrated Mother’s Day with his family and mine on Sunday. Well, this morning when I woke up, I was surprised to find Edric playing on a PS3 console he borrowed from my brother. I felt badly because he was completely engrossed and preoccupied with the game when he had originally said to me, “Today will be your day because I am free.”

Instead, he was caught up in his own world and oblivious to everyone around him. He did not even wait for me to have breakfast with him which he usually insists on.

Well, I did not make a big deal out of it. I ate breakfast, read my Bible then took a nap because I didn’t sleep too well last night. Instead of nagging Edric, I just prayed that God would convict him.

After my nap, which really did not count because I had two boys playing on their violins in the same room and two other kids asking me questions like I was not asleep, I went to the refrigerator to snack on 5 prunes. Edric was still on the couch. He saw me go to the kitchen.

I did not want to be a pestering wife, so I just went back to the bedroom. Edric followed soon after and asked me what I wanted to do today. “Oh, I thought you had something planned…” He wondered if i was mad at him and I replied, “No, I am not mad. I am just surprised that you started the day off by playing on the PS3 when you said that you had something planned for today. But you can do whatever you want to do. It’s your choice.” I didn’t say it like I was angry but I didn’t say it with a big grin either!

A while later, he asked if he could talk to me. Hmm…I knew this was going to be a profound conversation because he wanted me to drop everything else. I lay down on the bed beside him and he held my face as he said, “I was convicted to return the console. It’s not good for me. I have addictive tendencies. And I just want you to know that I love you. That will be my Mother’s Day gift to you.” I started to tear a little because of pregnancy hormones again, but this is the real reason why…

Edric immensely enjoys playing NBA 2K13 on the PS3. It’s the only game he likes to play and he wanted to practice for a tournament he is having with some guys friends. But he got rid of his own PS3 a long time ago so getting to borrow my brother’s was exciting for him. Instead of going over to someone else’s house to practice, it was now accessible to him. He planned to return it after May 17, when their tournament was over. I had my own thoughts about this but I didn’t want to burst his bubble.

This morning, when he told me that he was giving back the console, I knew that it was hard for him to make that decision. It wasn’t a life and death matter but it was an activity that brought him delight and joy, and yet, he felt like it wasn’t profitable for his soul or our family to have it around the house. Our kids don’t play on consoles so it is not a family value or culture that we have encouraged either.

Personally, I feel there is nothing more romantic than Edric having his priorities in order — his own spiritual health, the kids and I. That’s what matters to me. When he has the right priorities, he is sweet, tender, and thoughtful. He puts the concerns of others above his own. So I thought that giving up the PS3 today as a Mother’s Day gift was a very romantic proposition!

If you are reading this because your wife handed this article to you (sorry about that, some readers confess to me that they do this sort of thing), well just hear me out for a bit. In marriage, it is easy to get complacent about the romance. But the reality is a wife’s needs pretty much stay the same. We all have a basic and predictable need. We like to feel special, cherished and appreciated by our husbands. It’s the way we are wired. Much of our security is tied up to the way our husbands treat us. Of course, ultimately the Lord should be our sense of security, but God also commanded husbands to love their wives for a reason. It’s important!

Just because a man has put a ring on a woman’s finger does not mean his “job” is over. This is when the real work of nurturing a wife actually begins.

The Bible says, so husbands ought also to love their own wives as their own bodies. He who loves his own wife loves himself; for no one ever hated his own flesh, but nourishes and cherishes it, just as Christ also does the church, (Ephesians 5:28, 29 NASB)

If you feel like your husband isn’t very nourishing or cherishing, don’t loose heart and please don’t nag him about it. This is a conviction that God has to put in his heart. Don’t contrive to do so yourself or it will backfire. Trust me, I have tried that approach and it doesn’t work. But prayer and waiting on the Lord does! (And doing your part to fulfill your own role.) 🙂 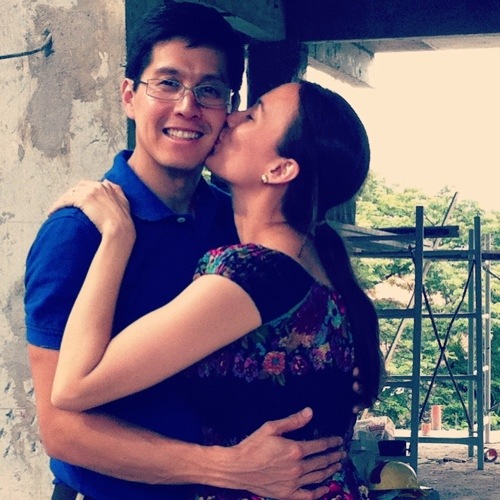 3 thoughts on “A Romantic Proposition”