Edric rarely has to ask me to support him. That’s a given. I do. I want to. But every once in a while I forget what it means to be emotionally supportive and encouraging.

Some days ago, Edric and I were talking about a decision he made that was uncharacteristic of him. I was very upset with him and also concerned that he was not using his time profitably. He had this streak of online computer gaming where I felt like he just lost it. Because he had not done this in a very long time, I wondered if he was okay spiritually.

Whenever Edric doesn’t seem okay spiritually it makes me feel insecure as a wife because I rely on his leadership for our family. (For the most part, he doesn’t give me anything to worry about.)

I ventured to ask, “How are you doing spiritually?”

He was laying on the bed, looking up at the ceiling with his hands behind his head, reflecting on the answer to my question. And then he started to open up to me about the stress in his life as of late, sharing a list of things that have filled up, what he called, his “frustration box.” I listened quietly while holding Catalina in my arms. Most of it had to do with work and our house building. Some of it seemed valid but some of it seemed like unnecessary sources of stress.

I thought I could “help” him get back on track. So I couldn’t wait to share my insights on what he was thinking and feeling. When an opening presented itself, I jumped right in and started going on and on about the kind of perspective he should have…the correct “spiritual” perspective. I didn’t really acknowledge his feelings. I just wanted to identify what he was doing wrong and how he could fix it. It must have been really annoying to listen to me.

I have done this before and it never turned out well.

Edric does not appreciate it when I tell him what he should feel and think. First, he already knows what he should be thinking and feeling. He allows himself to be vulnerable with me because I am his closest confidant. Second, I am not supposed to teach him. That’s the Holy Spirit’s role.

What Edric prefers from me is encouragement. He wants to be able to come away from a conversation with me feeling hopeful about the future. He needs me to cheer him on when he is disappointed with himself.

At a certain point he wanted to drop the conversation and move on because he wasn’t feeling any better. My mistake was I pursued the same approach further. I tried to tell him that he wasn’t listening to good advice from me, that perhaps his pride was getting in the way. I even said, “If you are not willing to listen to me, your wife, who knows you best, then how can you really improve?” There was a voice in me telling me to keep quiet and shut it but I just kept on yackity-yacking away.

Well we both ended up irritated with each other. I was quiet for a while until Edric told me very honestly, “I need you to support me.” He explained that during this instance, he would have appreciated a hug and positive words, not a reiteration of what he was doing wrong.

He even said, “It’s supposed to feel like a safe place when I open up to you.” Instead, he felt bullet-holed by all my statements. He felt like I thought less of him and interpreted his frustrations as weakness.

Of course I had to apologize. I felt terrible. Even if my intentions may have been right, my method was totally ineffective. I discouraged him when I was supposed to be a lifegiver along-side him. And I knew what the problem was. It was a personality difference. I grew up in a home where my father and mother were very much head-over-heart type of people. Therefore I turned out to be pretty much the same. When there is an issue, I want to get to the spiritual solution right away and move on. But if I am not careful, I can come across as unwilling to empathize with what Edric is going through and this hurts him. So I said, “I have to grow in the area of empathy, will you forgive me for not being more understanding?”

Edric is easy. When I admit that I need to change in an area that he would like me too, his heart softens and he becomes very sweet. First, he said sorry for the choices he had been making as of late. Next, he affirmed me by saying, “I want you to always remember three things about me.” (He wanted to tell me this because he knew this discussion’s precursor was my concern about him.)

Not long after I came across this passage in Proverbs…

Anxiety in a man’s heart weighs it down, but a good word makes it glad. (Proverbs 12:25 NASB)

Sometimes I forget that Edric has a lot to carry on his shoulders. He has his ANC tapings, the homeschool program of TMA, numerous speaking and hosting activities, ministry and our house building to think about. I don’t always realize what it is like for him because he is so busy making sure I don’t have to feel any of his stress. All his hard work makes my life easy. So when the anxiety builds up, he needs my emotional support. He told me “if I can’t open up to you and be vulnerable with you, whom will I be that way with?”

As wives we need to remember that it’s our unique privilege to be encourager to our husbands, to support them with a good word when they need it and make their heart glad. Of all the people in the world, that good word of encouragement matters most from us. 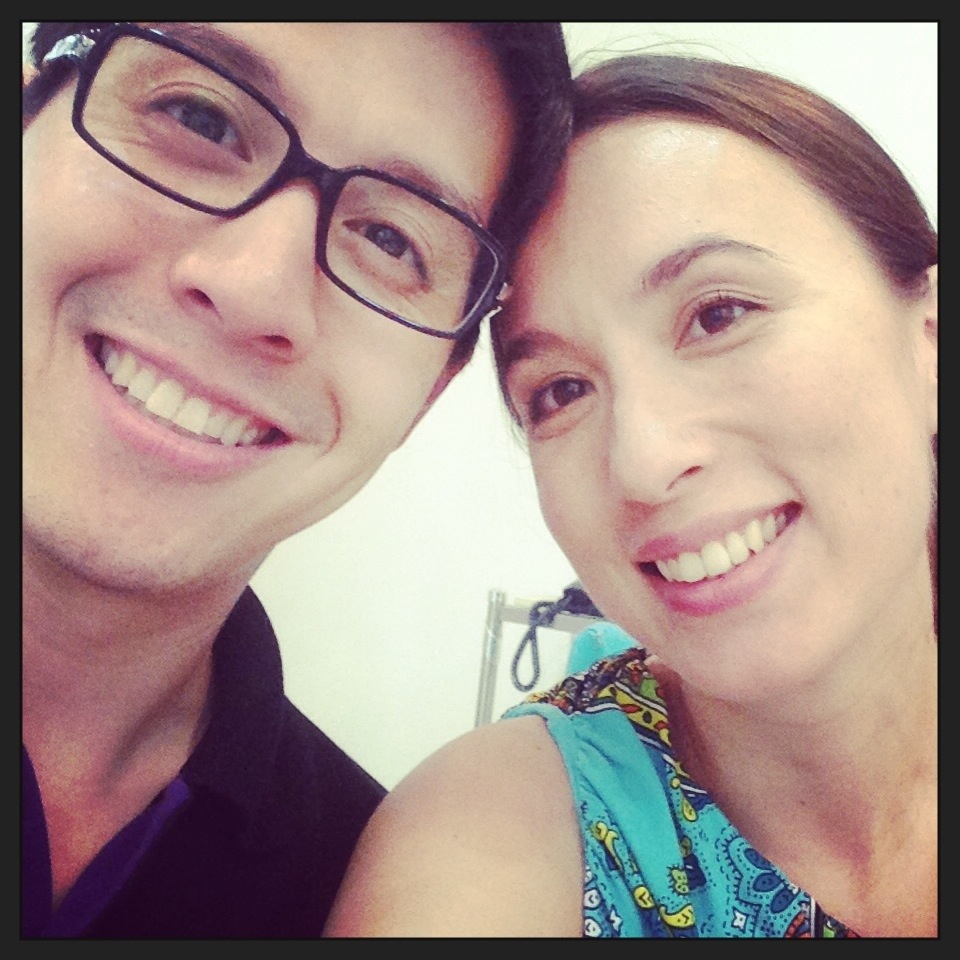 5 thoughts on “Support Me”