A couple of nights ago, Edric told me he was feeling lost. (With the number of hats he has to wear, juggling his responsibilities can get overwhelming.)

Maybe it was the jet lag and the cold weather that got to me because I felt annoyed as he was going on and on about how he couldn’t handle a particular ministry he was in charge of. I was like, “What?! You committed to it. You can’t just back out of it.”

According to him, he didn’t anticipate the commitment level it would entail. We went back and forth discussing the reasons why it was challenging. Instead of drawing him out and asking him questions, I wanted him to skip over to the park where he resolved to keep going no matter what the cost. For me it was a matter of principle and duty. Since this didn’t happen and I was falling in and out of consciousness while I fought the urge to sleep, I said, “If that’s how you feel, then quit. Just quit.”

This was the least helpful thing I could have said. First of all I didn’t even mean it. Second, it was an insensitive way of closing the conversation because I was too tired to go on.

It wasn’t a surprise that Edric’s response was a frigid “GOODNIGHT.”

The next day we joined my parents for breakfast and my dad asked him how things were going. (When he gets the chance to, my dad invites Edric to update him. He likes to know how he can pray for Edric and mentor him as a father.)

I watched and listened to my dad as he sat through sentences and sentences of Edric’s concerns about his responsibilities and time management. My dad patiently interacted with him without lecturing or cutting him off. It was a marvelous site to behold because I had done the complete opposite the night before.

As Edric shared what was on his heart, he seemed to receive greater clarity. My dad asked him questions that got him to think through his motivations. By the end of that hour Edric felt encouraged and built up.

I wish it had been me that inspired these feelings in him. But I had missed out on the opportunity to do so.

As we headed back to our hotel room, I admitted to my mom that I had to work on my listening skills. Sometimes I get impatient when people want to verbalize their thoughts and feelings, especially when they revisit the same issues again and again. For me, if you know the right thing to do then do it, don’t paddle around the pond of feeling, circling round and round. Or quit walking into the muck of despair when you can take the more solid, higher ground.

I sound awful and mean when I say this but I think it has more to do with a personality type. Even though I feel things deeply I like to process emotions expediently. Edric prefers to express his emotions freely and he takes a while to come to a conclusion. But once he gets to that point, having journeyed through many degrees of feeling, he emerges with resolve and conviction that is unparalleled. It’s actually one of the things I appreciate about him. But in marriage, when I am thinking only of myself I end up responding in a manner that hurts Edric when he is in that “emotional-cocoon-state-of-mind.”

As I observed my dad over breakfast, I learned a valuable lesson about good communication. I mentally archived it as a template. First, he asked questions. Next, he paid attention. Third, he shared experiences and struggles that resonated with what Edric was going through. Fourth, he acknowledged Edric’s feelings without belittling them. Fifth, he gave constructive suggestions that Edric could act on. Sixth, he helped Edric decipher what was going on in his heart. 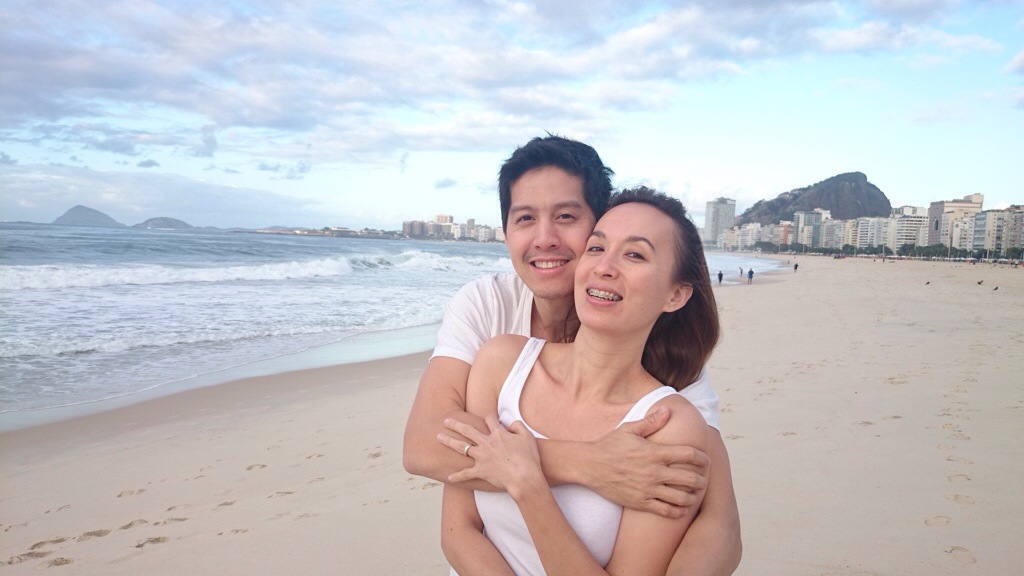 I am so thankful to the Lord that Edric and my father have a wonderful relationship. And I am also thankful that my dad has improved in the area of communication over the years. In the past, when someone would open up and get emotional with him, he tended to be more left brain in his response.

For example, years and year ago, during my dad’s birthday celebration, Edric very vulnerably expressed to him how much he looked up to him as a father. He talked about what a positive difference he made in his life. After Edric’s tearful speech, my dad said, “good job.” Oh, and he did include some sort of pat on his back after giving him a half-hug. Good job?! Good job?!

After that incident my very concerned mom talked with my dad in private and told him that Edric might have gotten hurt by his lack of responsiveness. When my dad realized this he apologized to Edric as soon as he could and best of all, he changed for the better. His present default mode is to listen, dialogue, empathize, and encourage.

With Edric, God gave me the opportunity to remedy my failure. While we were in Rio, at 4:30 in the morning (we both woke up thinking it was 7 am), he asked me to rate our marriage. This is an exercise we do with couples we meet with to gauge how they are doing.

In the darkness of our hotel room I said, “Probably a 9.” He gave us a “7.” Of course I was curious to know why. And he enumerated three ways I had upset him during this trip.

1. I didn’t serve him with enthusiasm. My expectation was he was going to serve me on this trip and take care of me.
2. I didn’t seem interested in talking to him because I would whip out my phone and write.
3. I was self-deprecating on several occasions about myself. Sometimes I make negative comments about my post-baby-body hoping that Edric will reply with adulation for it. But this often backfires. (Gals, my mom used to say don’t ever point out your flaws and turn them into a discussion with your husband. It’s unattractive and unbecoming. Most of the time a husband doesn’t notice every pimple, dimple, wrinkle and crinkle unless you start spotlighting them.)

I stapled my mouth shut as I listened to him, making the effort to apply what I remembered from my dad’s example. When he asked me, “Are you okay?”

“Not really. But I feel like talking about my perspective will not be helpful.”

I got up to use the toilet to buy myself some thinking time, and then I sat back down beside him. “I am sorry babe. I will change.”

He wasn’t expecting this. And he added, “What about me? How can I improve?”

“Honestly, I think you are great. You are a good husband, you take care of me, you have become much more patient…”

“Are you playing mind games with me?” He kidded.

“What? Of course not.” I was serious.

Then we went over each of the three points that he raised and identified how I can change and be more understanding towards his needs. Edric enjoyed and appreciated our conversation. So did I. It was refreshing to take the gentle and quiet spirit approach. (God reminded me that I really need to continually humble myself and do this more often!)

By 6:30 am we prayed and took a walk on Copacobana beach as we watched the sunrise. It was cloudy and rainy when we arrived in Rio, but the sun was breaking through. For the first time we got to see a more picturesque beach which had looked dull when it was overcast.

The scene was emblematic of our marriage. Our relationship is not a perfect one. We have stormy and dark days from time to time, but when we apply God’s principles, the forecast looks bright! He is the light of our marriage! 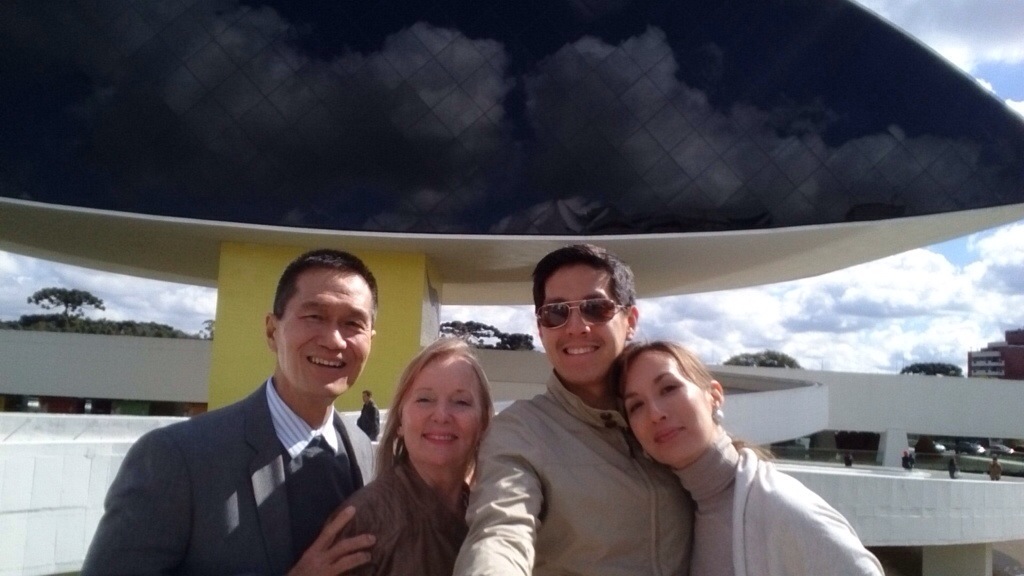 3 thoughts on “Sunrise On Copacobana Beach”