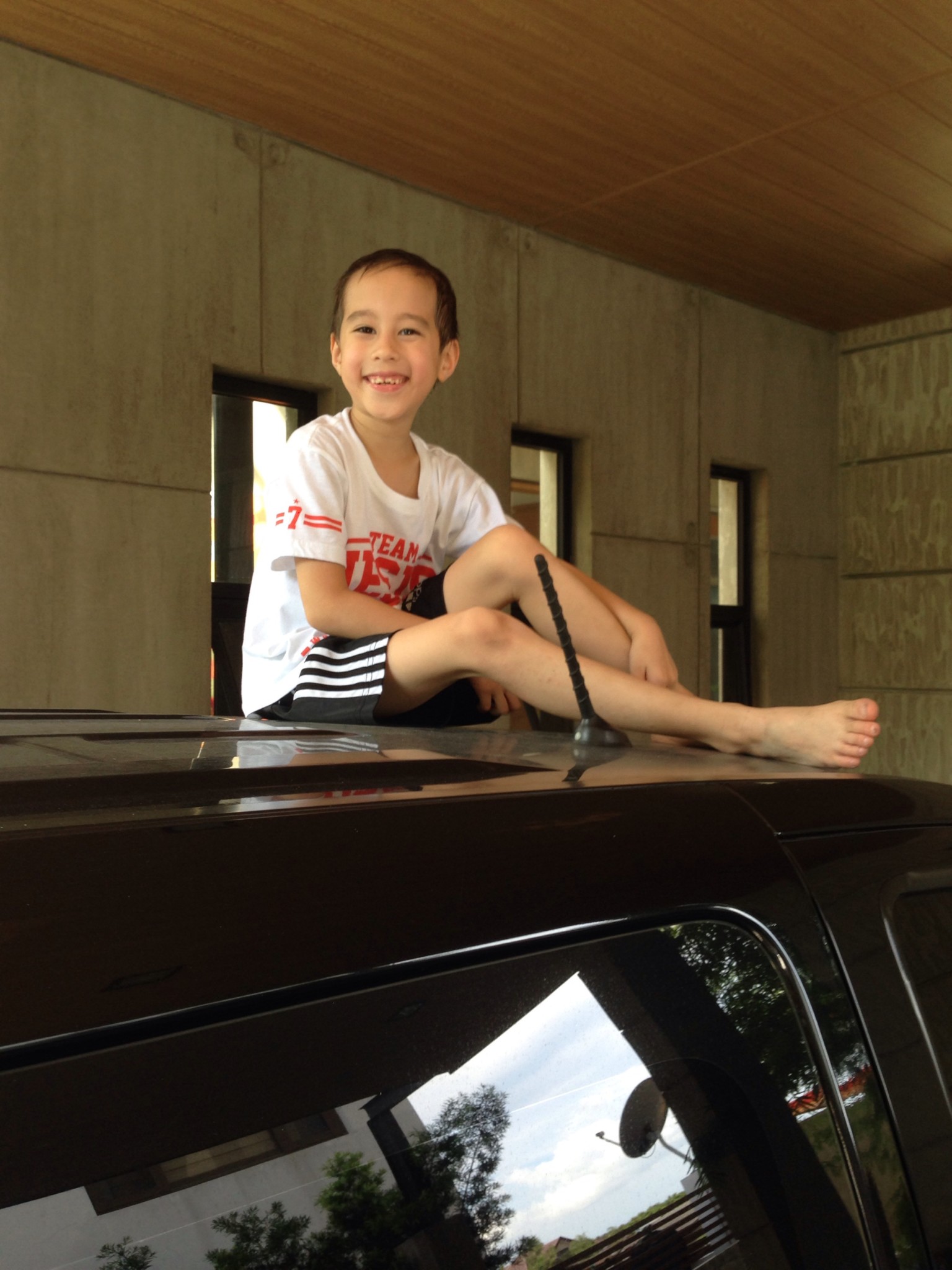 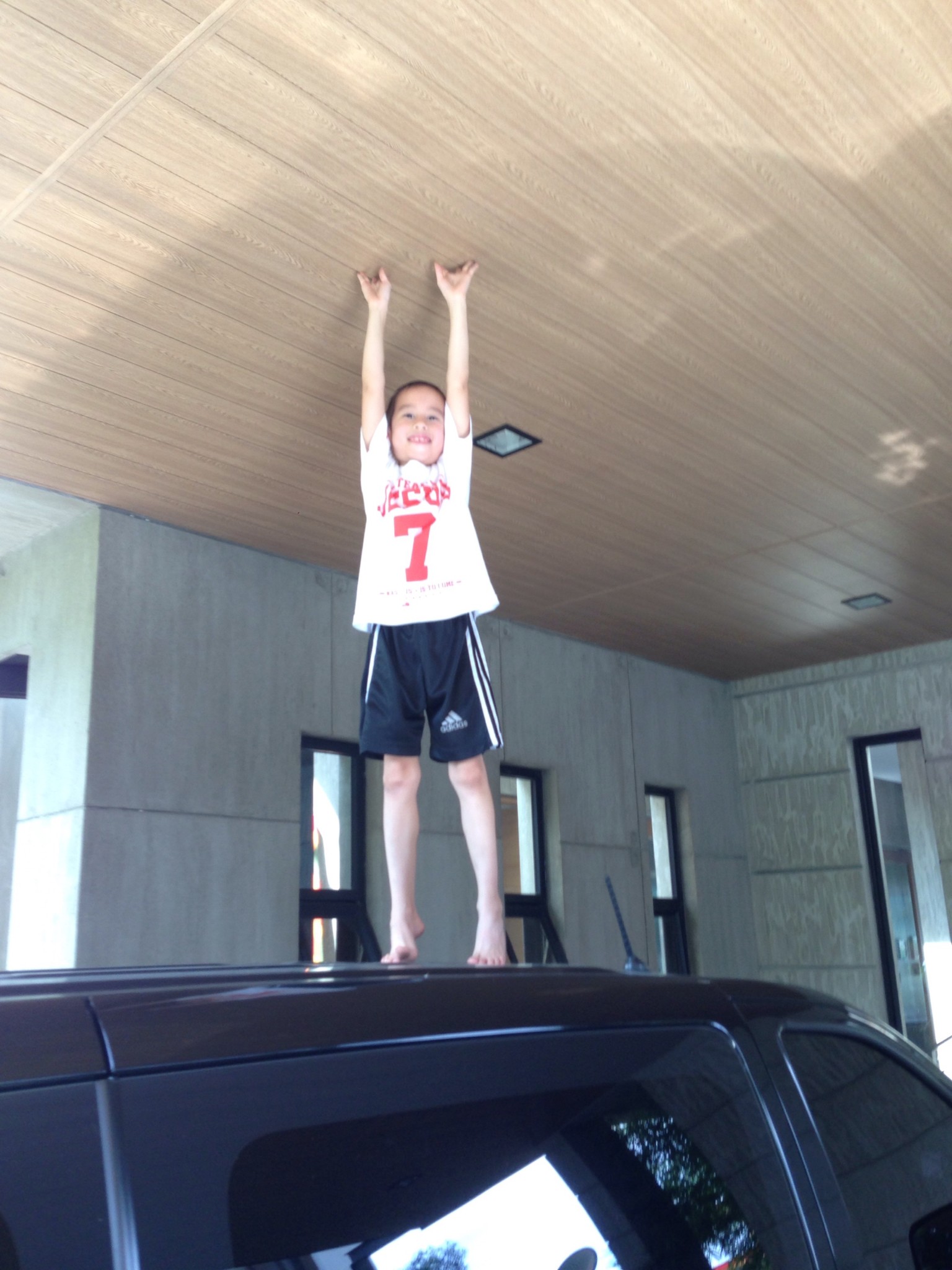 Years ago my third son, Titus, might have seemed like a difficult child to parent. He was strong-willed, easily upset, and physically curious. He cared little about the consequences of his actions and would often drive his older brothers, Elijah and Edan, to absolute frustration when he would destroy their toys or ruin their games with his uncooperative spirit.

As for me, my patience was also tested with Titus. He tended to do the very opposite of what I would tell him to do which was often very maddening. Yet after applying biblical discipline and teaching him what it means to have a relationship with Jesus, Titus matured past his Wreck-It-Ralph and Curious George toddlerhood.

Today, Titus is a transformed child. This is largely due to the work of the Holy Spirit in his life. While he retains his natural curiosity to explore and discover, he has learned to exercise restraint and self-control. More importantly, when he came into a personal relationship with Jesus some years ago, his attitude became easier to redirect. He understood the importance of obedience and sought to honor Edric and me.

Previously, Edric and I were harder on Titus because there were a number of attitudes and behaviors that needed correcting. But as we learned to affirm and call out the positive in our children, we sought to do the same with Titus. In the process, other wonderful aspects of Titus’ personality began to emerge.

For example, one of Titus’ more outstanding traits is his thoughtfulness and consideration of others. Whenever he gets prizes or candies from a party or event, his instinct is to set these aside to share them with his siblings. Whenever we are homeschooling and he hears me remark, “I am thirsty, does anyone want to get me water?,” he will run down the stairs to get me a glass of water from the kitchen. Sometimes he randomly does so without me asking at all. I tell him how much I appreciate this everytime and he beams.

The other evening he set aside food and water for Edan who was sick and stuck in a separate room for “quarantine”purposes. I forgot about bringing food up to Edan but Titus remembered and I applauded him for this In fact, he volunteered to bring Edan’s dinner up to him. A few moments later, he came to me teary-eyed. “Mom, I really feel badly that Edan is sick.” He went on to share, “I really wish he was better.” As he attempted to stop himself from crying. I hugged him, blessed by his tenderness of heart. (Thankfully, Edan did get better after a few days.)

Tonight, Titus displayed yet another example of thoughtfulness and kindness by letting Elijah have the toothbrush that he wanted. I was surprised when he came into the kitchen with an ugly pink toothbrush instead of the nicer Oral-B one that was in the linen closet where I directed him to go earlier.

“Sure, but I have another one for you.”

It was a simple gesture but I was so proud of him for letting Elijah have first pick. I told him. “Titus, you are so kind. I am so proud of you! God is going to reward you for the way you think about others and your unselfishness. I will get you a new toothbrush okay?”

He paused for a moment, then replied, “It’s okay, mom, I don’t want you to have to spend money.”

I began to reflect on the Titus before this seven-year old version…the one who used to be more self-centered, defiant and generally unaffected by the way he inconvenienced or “tortured” everyone else around him. That Titus has been replaced by a kind and thoughtful son who loves Jesus and his family. Surely it is God’s handiwork in his young heart, but I also believe that highlighting the positive has been a very effective way to inspire him to grow in the area of character.

As a mom, I need to balance out my teaching with generous praise, putting on a detective’s eye to spot godly character in my kids. I really believe that when Edric and I see the good in our children, it inspires them to pursue that good and even surpass it! We are all called to edify one another with our words, and our children, amongst all others, need to receive this edification from us in order to bloom into the persons God wants them to be.

Let no unwholesome word proceed from your mouth, but only such a word as is good for edification according to the need of the moment, so that it will give grace to those who hear. (‭Ephesians‬ ‭4‬:‭29‬ NASB)