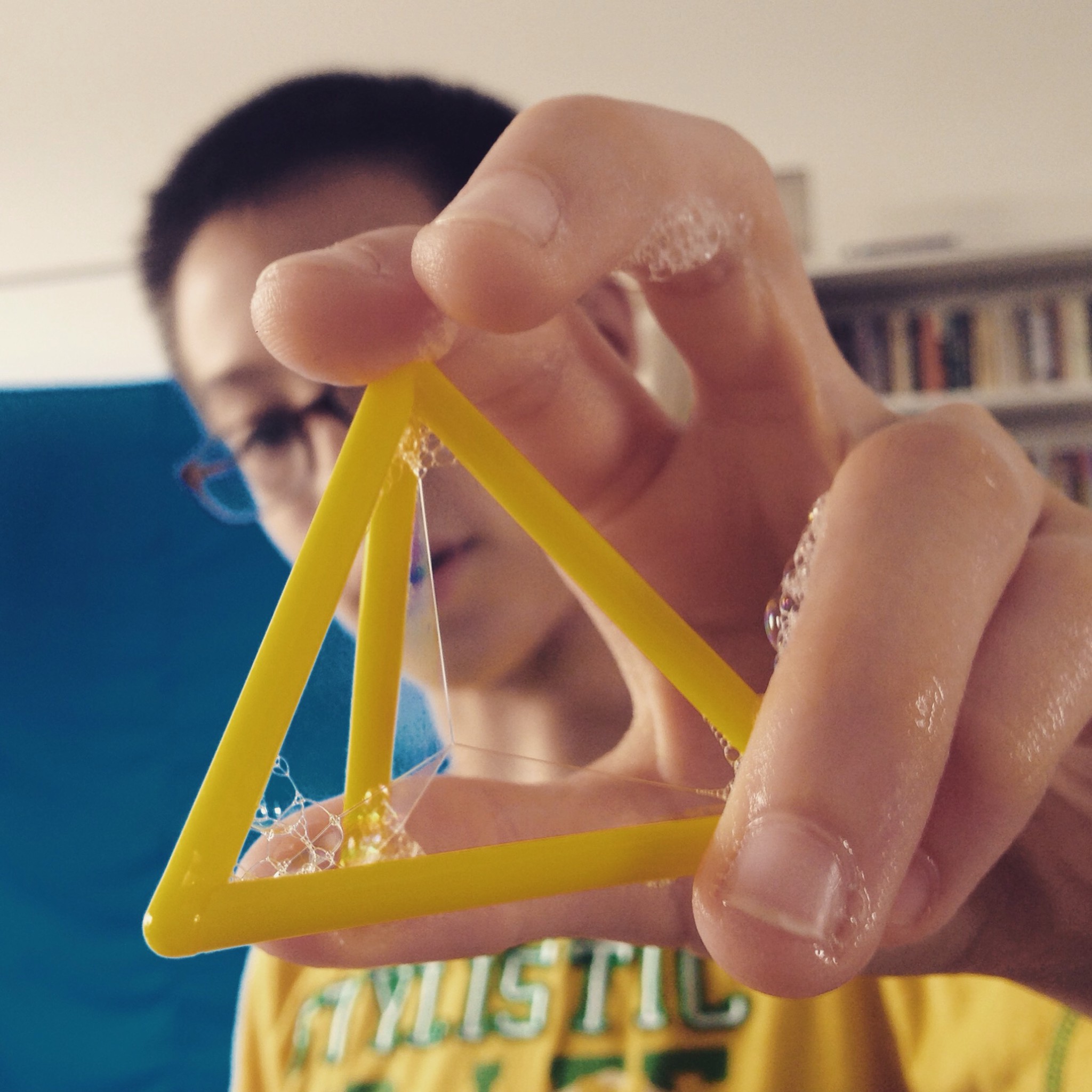 I held a magnifying glass up to my eye and jokingly asked Elijah, “Is this what things look like to you when you aren’t wearing glasses?” It was evening and I was lying beside him on his bed as the rest of the kids threw pillows up in the air with Edric. They were playing a game, using the pillows as pretend bombs and tossing them at one another.

Elijah had taken off his glasses as he usually does before bedtime and set them aside. But in response to my question, he now put them back on, holding the magnifying glass up against his eyes. “Yup, pretty much.”

I knew his eyes were bad, but for the first time, I realized how indistinguishable details are to him. The room turned into a messy blur of moving shapes and colors that melted into one another. I could see forms of people but there were no lines to define where one object or body ended and another began. It was like seeing the world as an impressionist painting, but with movement. No wonder he says I’m a beautiful mommy! He doesn’t see any of my flaws! (In contrast to my second son, Edan, who asked me the other day, “What are those holes on your face, mom?” referring to my pores! Ack!)

When the reality of Elijah’s eyesight hit me, my heart hurt in the way that a mother’s does when she feels helpless to remedy the pain of her child. I was quiet. Elijah, unaware of the stirring within me, removed his glasses once again and sat up on the bed to join his brothers’ pillow-bomb fighting.

I watched him playfully interact with his brothers and dad, unaffected by the constraints of his handicap. He’s lived with his degenerating eyesight for years. And although his Ophthalmologist visits are trying because his fear of possible blindness intensifies during each check up (when his eye grade shoots up), he’s come to accept that this is his cross in life.

Without his glasses, Elijah wouldn’t be able to find me in a crowd unless I was twelve inches away from his face. Unless he heard my voice and zoned in on the direction it came from, he would be lost. When Elijah misplaced his glasses last year, he got separated from us in the mall. In my terror, I panicked. It took me a few minutes to find him. He was walking directionless in an aisle with crowds of people passing by him on either side. I called out to him and took him in my arms immediately and held on to him. What a relief to know that he was okay!

By God’s grace, Edric and I don’t have bad eyesight. Edric wears glasses but his grade is minimal. He can function without them. My eyes are still okay. I’ve eaten a lot of tomatoes in my lifetime. Maybe that has something to do with it! More sensible people would say that it’s genetic, of course.

Everytime I think about Elijah’s eyesight, it makes me reflective about heaven. Whether surgery works on him someday or doesn’t, I’m glad that there’s heaven for him, for me, for everyone. We need heaven. I need heaven.

This morning, on the way to a planning retreat, Elijah and I were having a dialogue about his eyesight again, and he told me, “Mom, someday in heaven, I want Jesus to be the one to touch my eyes to heal me.” I choked back the tears. What a tender hope he treasures in his heart as he looks forward to eternity.

I think about the hurting, the sick, the destitute, the dying, and rejoice that the length of human life on earth isn’t the best part of our existence. Whatever you and I are going through today, it’s comforting to know that God has prepared a better place for us through His Son, Jesus.

“Do not let your heart be troubled; believe in God believe also in Me. In my Father’s house are many dwelling places; if it were not so, I would have told you; for I go to prepare a place for you. If I go and prepare a place for you, I will come again and receive you to Myself, that where I am, there you may be also.” John 14:2-3 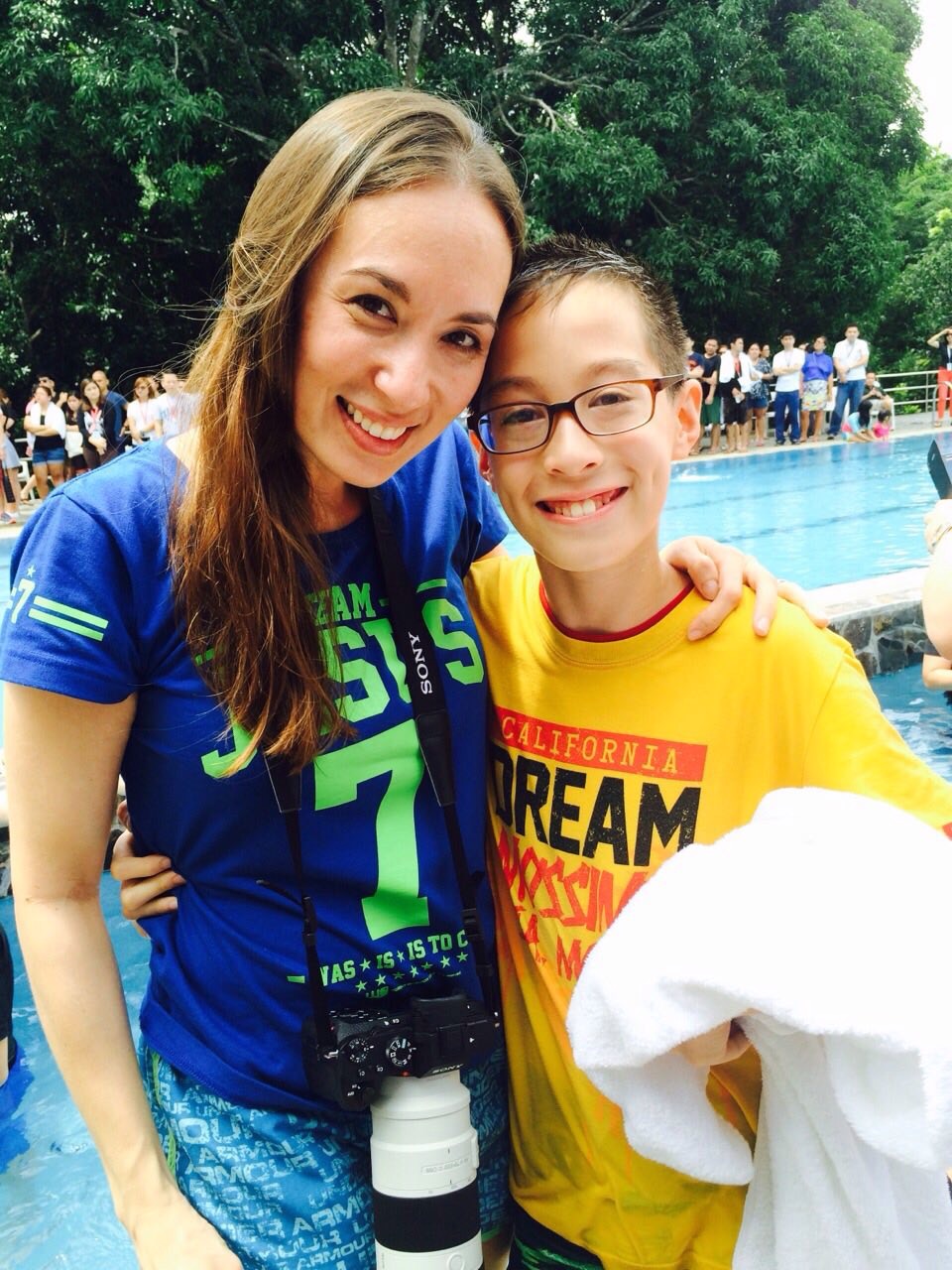 24 thoughts on “I Need Heaven”