I got that title idea from Rose Fres Fauto when she recently interviewed Edric and I for her Facebook page, FQ Mom. During the interview I shared that one of Edric’s endearing qualities was his willingness to change. She looked surprised and said with a smile, “Really? I always thought Edric was a stubborn person.”

This comment got Edric and I laughing, and I explained that he is stubborn about his convictions, which is a good thing. However, when he recognizes that there’s a valid area to change in his personality, he will do it. In fact, he declared this commitment in his vows to me when we got married. He didn’t promise to be the perfect person but to be willing to change and improve for the better.

Rose interjected, “So he’s not the same man you married…”

“Exactly! And what a great title for an entry! I will use that!”

Truly, Edric is a different man. Every year he has become a better version of the man I married. In the first years of our marriage, I used to get so annoyed at his temperamental personality…the irony, me getting temperamental about him being temperamental! We had numerous conversations about this, sometimes over frustrating tears from both of us as we struggled to understand and adjust to each other. (It’s never easy to change a personality trait.) Edric’s reasons for his temper were often due to the high standard he held for himself and then imposing high expectations on those around him, including me.

I had to come to understand this as a strength of his, but he also learned to lower expectations of others and raise appreciation, and to verbalize praise when people did a good job. However, the more compelling reason for his change was his love for God. He knew that as a husband, God called him to “live with his wife (me) in an understanding way.”

Here’s where that principle comes from: “You husbands in the same way, live with your wives in an understanding way, as with someone weaker, since she is a woman; and show her honor as a fellow heir of the grace of life, so that your prayers will not be hindered.” 1 Peter‬ ‭3:7

When the Bible says “weaker vessel” it is referring to the physical frame of a woman versus that of a man. It’s not saying that we are less important. This is not to say that women can’t develop muscles or even be more “fit” than a man either. Yet genetically speaking, most men are larger in bone structure than women. This is one of the reasons why it’s not fair for women to challenge men in Olympic sports, for example.

Given that a woman is the “weaker vessel”, God calls a husband not to look down on her but to honor her as a fellow recipient of His grace.

Considering that the text was written during a time when women were treated as second-class citizens, this tells us that God’s heart has always been turned towards us. And he required husbands to treat their wives with respect and to value them.

In fact, God blesses the husband who treasures his wife, who considers her vulnerabilities, and her need for care. Not all husbands may realize that this is God’s mandate but I am glad that Edric discovered this for himself as he walked with God. I couldn’t, after all, preach this passage of scripture to him to force him to change. I had to utilize the secret weapon — prayer! I prayed for him and gave the Holy Spirit room to work in his heart instead of standing in the way by being contentious and demanding.

Honestly, it was hard and there were occasions when I failed miserably. I, too, needed to improve as a wife, with my respectfulness and tone. God also worked in my own heart over the years to show me that I was called to respect and honor Edric. (This is something I need to re-learn and apply over and over again.)

I want to encourage women who are praying for a future husband and give madried women hope. When I look at Edric today, sixteen years later, I think to myself, God gave me the greatest husband in the world! Whatever disappointment I felt at the beginning of marriage has been replaced many times over by a renewed appreciation for him and for the man he continues to become.

I know many women who are waiting for the perfect guy to come along. Well, the bad news is there is NO perfect guy. No one guy can fulfill every hope, expectation, need, and dream of a woman he marries. The good news is you can look for a guy who has the seed of potential. That’s what I saw in Edric.

A few days ago, a guy emailed me asking if he should pursue a girl who is from a wealthy family when he is just a simple guy. I included Edric in the response and told him something like this, “If she can’t see you for who you are inside and will base her judgements on what you can give materially then she isn’t worth it. There’s so much more to you as a man who loves God than your economic status.” (He was someone who was also working very hard and doing his part to earn what he could do bravo for him.) Edric encouraged him to “be himself” since he had nothing to prove. I totally agree!

When God made Adam he had much to do and much to accomplish to become all that God planned for him to be. He was still “in the raw.” God elected for him to have a helpmate and strong supporter to rule the world and subdue it. He created Eve. Similarly, there is a guy out there for you who may be a diamond in the rough at present, to use the cliché, but God is molding and shaping him into someone who will do amazing things for God’s glory, who will be an amazing husband, and an amazing dad. So you can pass him by because he doesn’t sparkle yet or you can be there as an enabler in his life and be witness to the transformation.

To us married women, there’s a gem of a man in every husband, too. Had I focused on the layers I didn’t like, that buried my gem of a husband and hid him from view, I wouldn’t have had the privilege of seeing him shine for the Lord now. Edric is not the same man I married. By God’s grace, he’s a better man every year because of the Lord.

It takes faith to wait on the Lord’s transformative work in a spouse. Edric, too, chooses to be patient as God changes me. We are sticking around, that’s for sure, to be present for the process in each other’s lives and in our own. There’s a wonderful reminder from Hebrews 11:1, “Now faith is the assurance of things hoped for, the conviction of things not seen.” 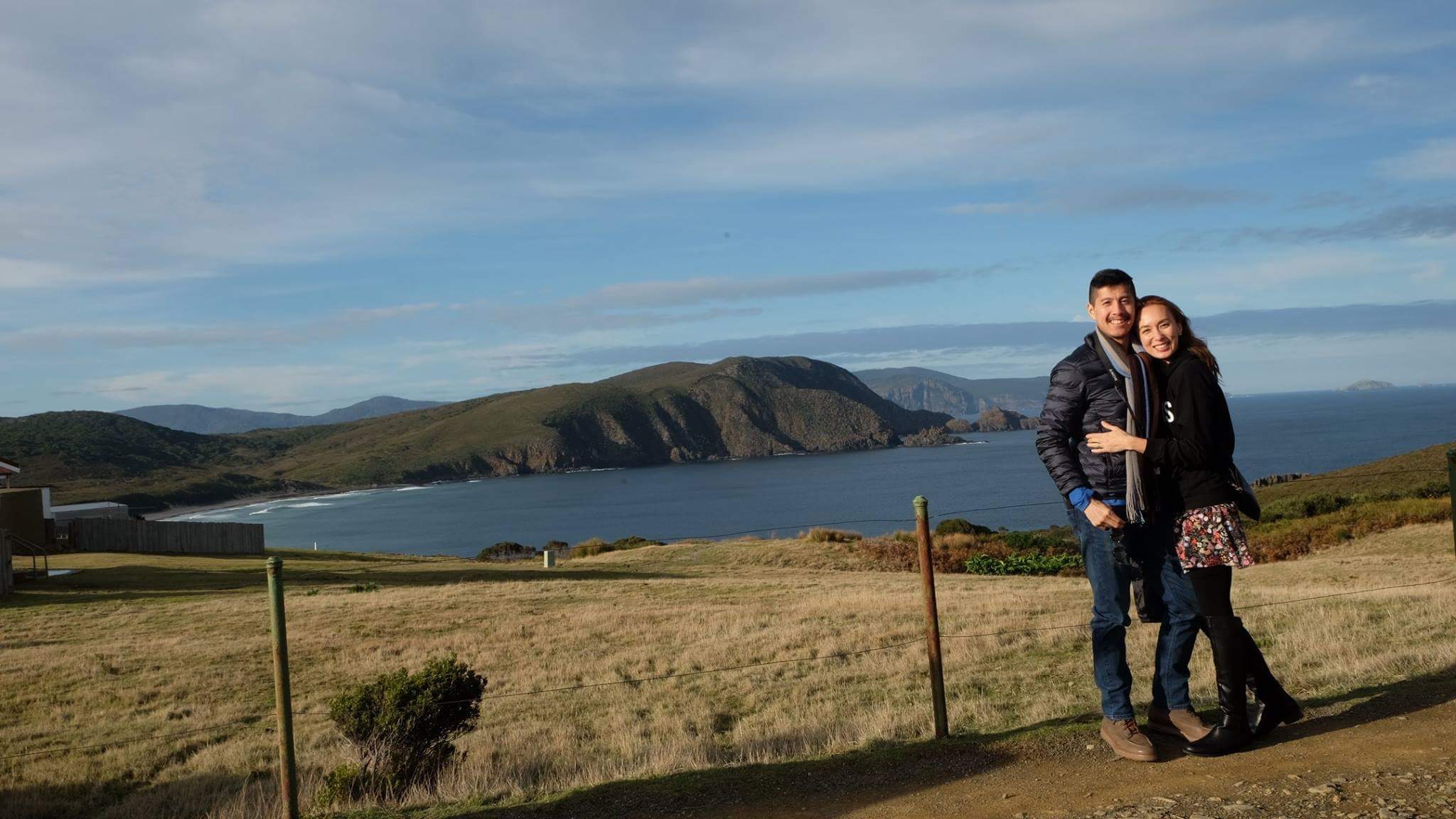 Do we have faith to believe that God can do mighty things in our spouses and in our marriages? That God can take our imperfect selves and change us into someone completely different, someone more like Him?

3 thoughts on “He’s Not the Same Man I Married”