When author and speaker, Casey Carstens of the World Needs a Father Movement, joined our family for dinner during his recent trip to the Philippines, we had the opportunity to ask him about his relationship with his wife, Jenny. He was honest and humble about his shortcomings as a husband, as well as his past tendencies towards being harsh and temperamental. The operative word was “past”. What radically changed his marriage, according to him, was the principle of intentions versus expectations.

“The secret to a good marriage is to have no expectations of your spouse. Instead it is to have intentions…intentions to bless, to help them grow in her faith and walk, to become all she can be for the Lord, and to pursue Christ-likeness. It’s not about an exchange, I do this for you so that you can give me this or that. Or, I won’t do this unless you do this for me. Instead, it is, I will commit to think, speak, and act in a manner that intends your highest good. If I am about to think, speak, or act in a manner that has any hint of self-centeredness then I will not think, speak or act in that manner.”

Edric and I have chewed on this principle for a while, trying to digest how it applies to our marriage. Well, this past week we better understood how problematic expectations can be and why these can’t be the focus of our marriage.

Edric and I were in the middle of worship when the speakers sounded really loud on our side of the auditorium. To muffle the sound, he asked for tissue to plug his ears with. I usually have tissue in my bag. But when I felt for it, the only thing that remained was the plastic for the tissue. No more tissue.

When I leaned over to explain this to Edric, he looked disappointed. I shouldn’t have made a big deal out of his facial expression, but I confronted him with, “What? Are you upset?”

This spiraled into a ridiculous discussion while we were standing singing praise songs with the congregation. Goodness. Eventually we apologized to one another towards the latter part of the service, however this wasn’t the end of our conflict.

The next thing that happened was I gave him bad directions while he was driving back home from a party. We ended up getting stuck in traffic on a Sunday. Sensing his irritation I challenged him once again, “What’s wrong? Are you upset?!”

I didn’t understand why he had to be annoyed. It wasn’t like we were in a rush to go anywhere. So when he kept asking me to “waze” how long it would take us to get home, I let out a disrespectful, “Wait!”

I didn’t like him pestering me. Of course he didn’t appreciate my tone or attitude at all.

Two days later, when we were getting ready to go to bed he thought he might be coming down with something and asked for Manuka Honey for his throat. I responded with resistance.

Instead of saying, “Sure, hon,” I mumbled, “I’m already in bed and tired.” Truthfully, I was. And I didn’t think he was deathly ill to need me to get it for him.

When he acted disappointed with me, I offered to get the honey for him just to avoid a conflict but he muttered something about not wanting to be an inconvenience. I retorted, “It is inconvenient to serve you. But that’s how marriage is, right? Being inconvenienced for each other?”

He thought I was trying to instigate a conflict so he retaliated with stone cold silence at first and then we ended up discussing this idea of expectations in marriage again. We couldn’t find a resolution that satisfied both of us. It was more like, I didn’t like feeling like he was so easily disappointed with me, over small things, and he was struggling with not feeling embittered with me, over small things.

So for the duration of three days, Edric and I were not okay. On the outside we seemed fine, but underneath we were upset with one other, masking our frustrations with busy-ness and ban-aid fixes like cheap apologies. At a certain point he got dramatic and said, “I don’t know what to do. I am confused about what I should expect from you or if I should expect anything at all.”

It wasn’t like he didn’t want to fix this. He just didn’t get what Casey Carstens meant about having no expectations, especially in the area of wanting to be served by me. Frankly, neither did I. It seemed like a rather unrealistic concept to be faithful to.

Therefore, it wasn’t until Wednesday morning that Edric decided on a conclusion to end our strife. But first he sat down with a group of older men who are mentors to him in order to get their wisdom.

He asked them what they thought of the principle of intentions vs. expectations. They could relate to his struggle and added their insights. One of them shared that after he battled cancer, he learned to appreciate his wife more and not demand so much from her. My dad, one of the men in this group, also added, “I can relate. I also like to be served.”

He admitted that having no expectations of my mom was hard for him as well. (I also know this because my mom and I have conversations about how similar Edric and my dad can be when it comes to wanting to be served.)

Edric phoned me shortly after his meeting. His tone was kind. According to him, listening to the men encouraged him. He very sincerely asked me for forgiveness, adding, “I realize that I have been selfish. Instead of thinking of what you should be doing for me and not reacting when you don’t serve me the way I want to be served, I want to serve you. I remembered the Christ has a lavish love for His bride, the church, which ought to be how a husband loves his wife.”

Back in July he had this same realization, but the impact had sort of worn off, so he re-emphasized his need to be this kind of husband.

Of course, I was overjoyed!!!

I am not excusing my own behavior and disrespect. I also had to apologize to him and really mean it.

Since we have restored our relationship and I can now speak about it with a good conscience, I want to praise the Lord for working in the heart of Edric. He has since been extra patient with me, choosing to serve himself when he notices that I might be busy or preoccupied. Last night, he came into the bedroom with yoghurt and he jokingly asked, “Do you notice this? See, I can serve myself.”

He has also been very encouraging and appreciative, telling me that I’m doing a good job as a wife and mom. That makes my day!

This afternoon, he brought Titus and Elijah to the dentist, something that I usually have to do. Since I had an all-day shoot for Friso, a milk brand I am a brand ambassador for, Edric volunteered himself for their appointment. In his words, “Don’t worry, hon, I will take care of you.”

He’s been using that line a lot since Wednesday. In response, I’ve been inspired to serve him more. There’s this deep sense of gratitude for his efforts to be flexible and less demanding. 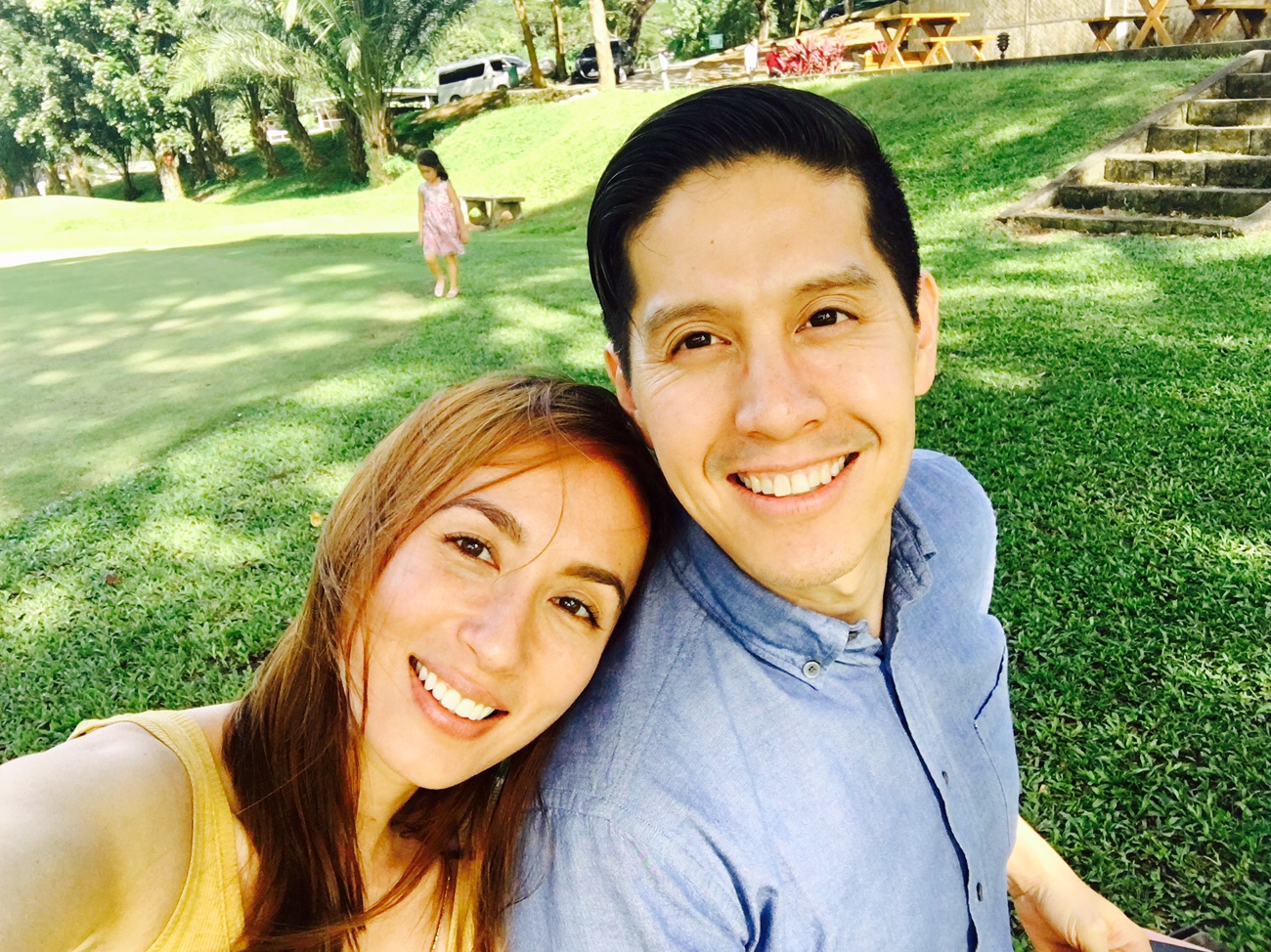 Sometimes, in a marriage, one person has to adjust first and choose humility before the other recognizes his or her wrong. If both refuse to submit to the Lord and remain hard-hearted and prideful, the marriage isn’t going to get better, and conflicts will remain unresolved and a source of increasing pain.

There are days when God prods me to be the catalyst for healing and other days when he speaks to Edric to initiate the healing (like he did during this past week). This principle of intentions vs. expectations is still sinking in for Edric and me as we try to grasp its implications in our marriage. However, we both know it definitely has something to do with us seeking out the good of the other before thinking of ourselves, and relying on the Holy Spirit for the capacity to do so.

Ultimately, what comforts me is that God is at work in our marriage. We continue to be imperfect and to wound each other when selfishness takes over, but the curve is still looking like it’s headed upwards, by God’s grace! 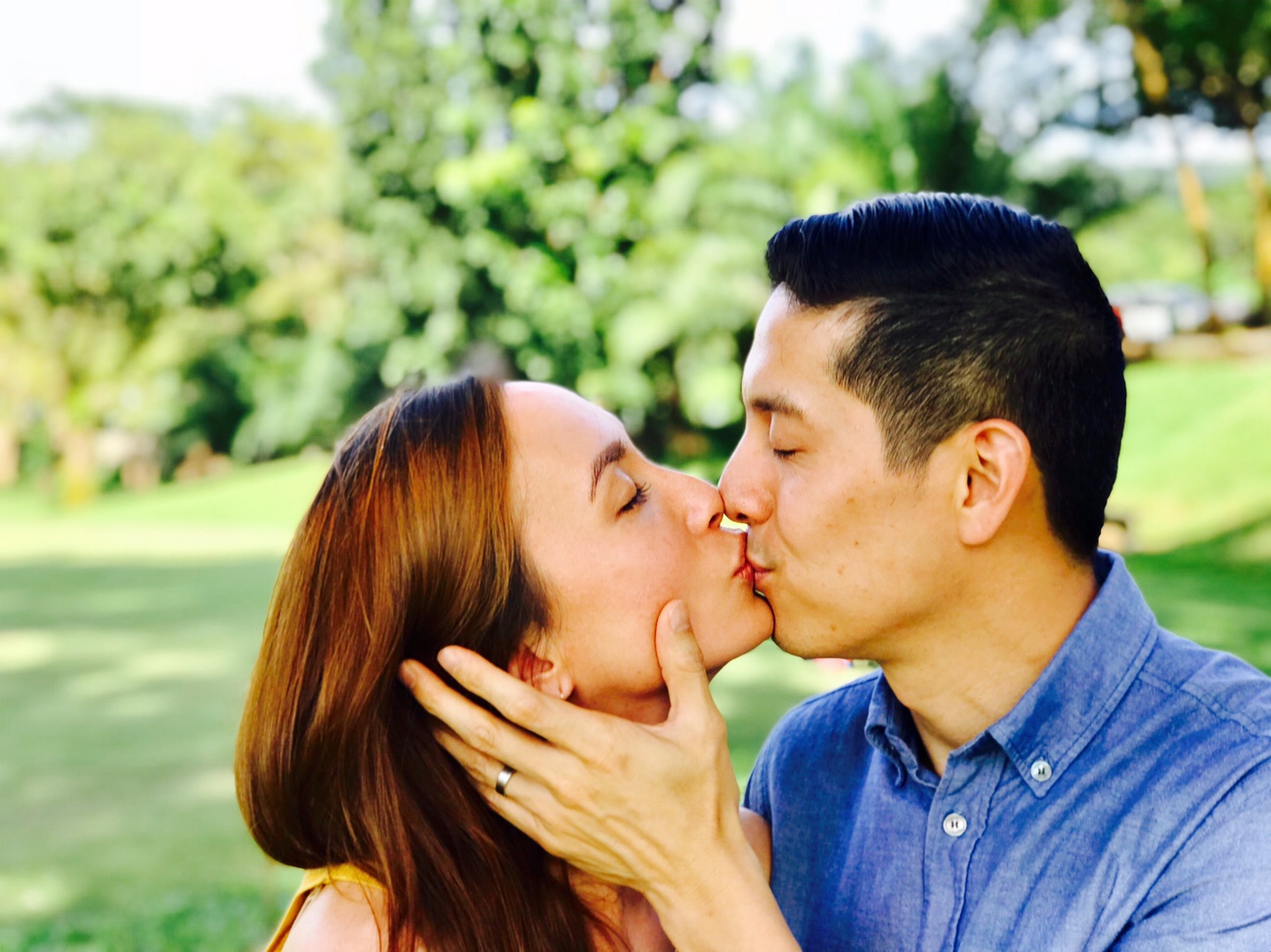 The principle that Casey Carstens shared with us may not be explicitly stated in the Bible, but there is a passage that somewhat captures the essence of it…

“Do nothing from selfishness or empty conceit, but with humility of mind regard one another as more important than yourselves; do not merely look out for your own personal interests, but also for the interests of others. Have this attitude in yourselves which was also in Christ Jesus,”

2 thoughts on “Have Intentions vs. Expectations in Marriage”