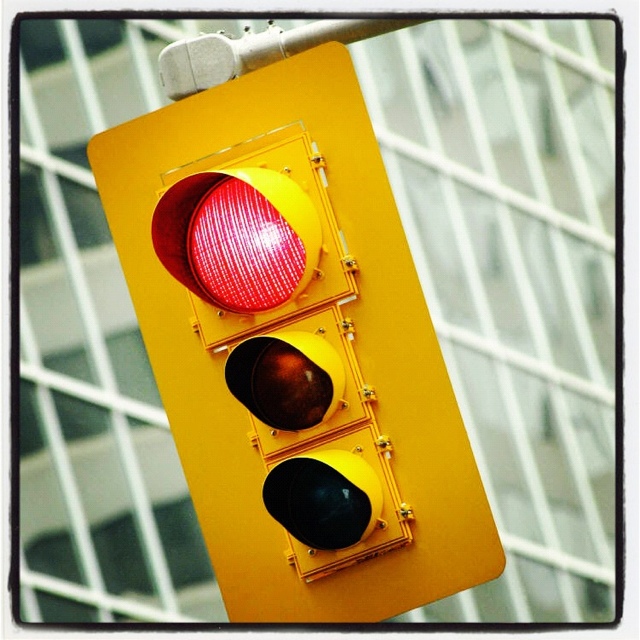 One of the blessings of having children is that their innocence is contagious.

When we were driving around Global City yesterday, my second son, Edan, who was sitting in the front seat beside me said this. “So, mom, it’s okay to go when a stoplight is green or orange and sometimes, it’s okay to run the light when it is red, right?” He asked it so innocently but with such conviction. 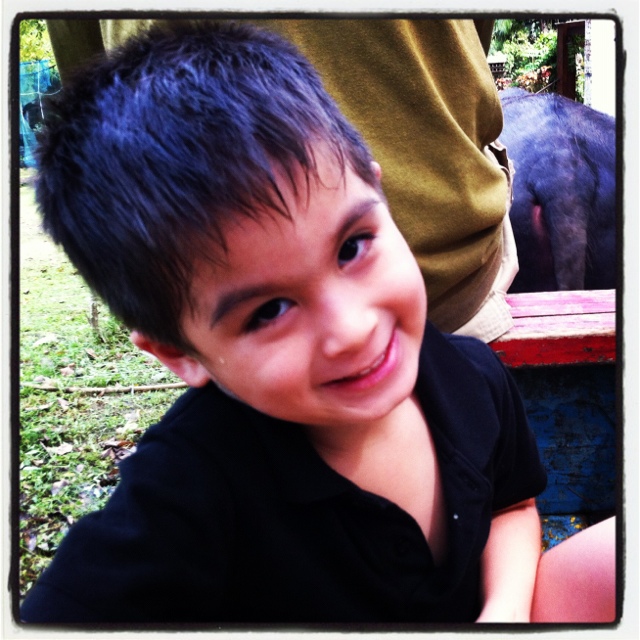 “Huh? Where did you get that idea? It’s not okay to run a red light ever,” I said.

“But, mom, dad said its okay if there are no other cars on the road.”

“Yes,” chimed in my eldest son, Elijah. “Dad said its okay if there are no cars. I’ve seen him do it.”

My husband,Edric,was not with us and I knew he must have had a valid reason. I didn’t want to contradict him so I just said, “Oh really, we can talk to your dad about that later,” and I didn’t pursue the conversation further.

Later on in the day when Edric and I had some time alone, we got to talk about the dialogue I had with the kids about the stoplight. When he realized how the boys had latched on to his every word and watched his example so closely, he felt convicted. He told me, “I need to talk to them about it and clarify. I don’t want their tender consciences to be seared.”

As soon as Edric had the opportunity to, he explained to our boys that it is always safer to stop during a red light. The only exemptions are when the light is broken or if a policeman tells you to go even if it is red. So green means go, orange means be cautious, and red means stop. If the light is red and no one is around, you still have to stop. He also admitted that he had made the mistake of not always stopping at red in the past, but that he would change.

The tough thing is our kids are growing up in the Philippines, where people often view traffic signs as “optional commands,” not to be followed if they can get away with it. It’s sad but true. And if we are not careful, we can do the same and rationalize by saying, “everyone else is doing it.”

I am guilty of this. There is a left turn going onto a street called Santolan from Edsa. Edsa, being a main highway, is inconvenient to stay on when you need a U-turn. So, I have made a left turn twice on that street even if it said NO LEFT TURN. I did this because I saw people ahead of me turning left. It seemed like it was okay because no cop stopped them. But during those two occasions, I felt guilty. I knew that it was wrong.

As parents, we need to raise the bar for integrity and exemplify what it means to follow rules, even when it is inconvenient. How can we expect our children to grow up to be men and women of integrity if we don’t practice integrity ourselves? Furthermore, how can we expect the Philippines to change if we can’t be the change first — starting with ourselves and with our families?

Integrity is the idea of being whole, undivided, incorruptible, soundness. (Merriam-Webster) It is truthfulness to your innermost being, blamelessness before God, without compartmentalizing or breaking apart who you are in public or private. In fact, God used this to describe Job in the Bible.

When my parents give parenting seminars, they use this simple example of integrity in the home. They say, “If someone calls your house and you don’t want to talk to them, don’t tell your children or househelp to lie for you. Don’t tell them to say ‘you are not home’ if you are home. You are teaching them to be dishonest.”

A couple months ago, God gave me the opportunity to define integrity for one of my sons. He had brought a box of colored pencils out of a bookstore called Fully Booked and the guard didn’t stop him. I didn’t realize he had done this and he assumed that when I was at the checkout, the colored pencils had been paid for. But when I looked at my receipt, the box of colored pencils was not included in my purchase. It was a hassle for me to go back inside and pay for it because we were on our way to another venue. However, I did because I knew it would have been wrong to take them, and because my son was watching.

I am sharing this not to give credit to myself but to the Holy Spirit, who convicts me to do what is right. It would have been easy to say, “Yippee! Free colored pencils!” After all, they were just 200+ pesos — a seemingly negligible amount. But I Thessalonians 5:19 – 22 says “Do not quench the Spirit.”

If I had not gone back in to pay for the pencils, I would have quenched the Holy Spirit in me and in my son. My son already knew that it was not paid for when I checked my receipt. The Greek word for “quench” is “sbennymi” which means to extinguish things on fire or to suppress or stifle a divine influence. (Blueletter Bible) It’s a great illustration of what happens when our children stumble because of our example. When we don’t live with integrity, we throw water on their fire or suppress/stifle their own moral conscience. 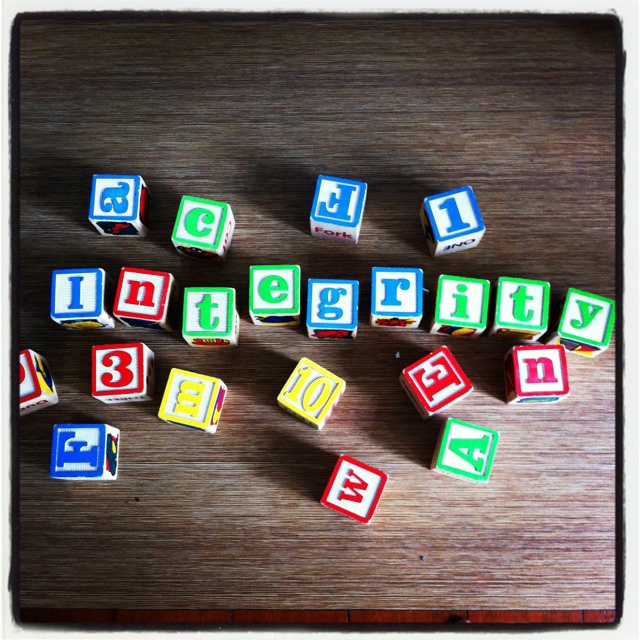 Whether we like it or not, our lack of integrity will contribute to our children’s moral failure in the future. My husband and I counseled a couple years back who had marital problems because the man was cheating on his wife for the nth time. One of the reasons why it was such a struggle for him was because his own father had extra-marital affairs. He had seen this growing up.

We did not judge him for his wrong, but we pointed him to the answer. The reality is integrity is a supernatural standard. None of us (including our children) can possibly be 100% faithful in the area of integrity apart from Jesus Christ who saves us from our sinfulness and the Holy Spirit who keeps purifying us.

1 Corinthians 6:9 – 11 “Or do you not know that wrongdoers will not inherit the kingdom of God? Do not be deceived: Neither the sexually immoral nor idolaters nor adulterers nor men who have sex with men nor thieves nor the greedy nor drunkards nor slanderers nor swindlers will inherit the kingdom of God. And that is what some of you were. But you were washed, you were sanctified, you were justified in the name of the Lord Jesus Christ and by the Spirit of our God.”

And here is the encouragement…a few verses down from 1 Thessalonians 5:19, the apostle Paul tells us, “May God himself, the God of peace, sanctify you through and through. May your whole spirit, soul and body be kept blameless at the coming of our Lord Jesus Christ. The one who calls you is faithful, and he will do it.” (1 Thessalonians 5:23- 24)

These verses tell me that God is faithful. Even if we fail, he does not give up on us. He is committed to sanctifying and purifying us. He keeps us whole in spirit, soul and body.

As he is able to keep us blameless, he is able to do the same for our children. While we can try our best to parent our children in the way they should go and exemplify integrity, we cannot guarantee that our children will make all the right decisions. Integrity for them, must begin with a personal choice to follow God and obey him — a personal relationship with him. While our example of integrity will greatly impact their own morality, our assurance is God’s faithfulness and work in their lives.

In the meantime, we are called to live with integrity by being honest in our endeavors, pursuits and business dealings, telling the truth, following rules, keeping our promises and commitments, and protecting our hearts from sin and corruption.

Psalm 41:12 “Because of my integrity you uphold me and set me in your presence forever.”