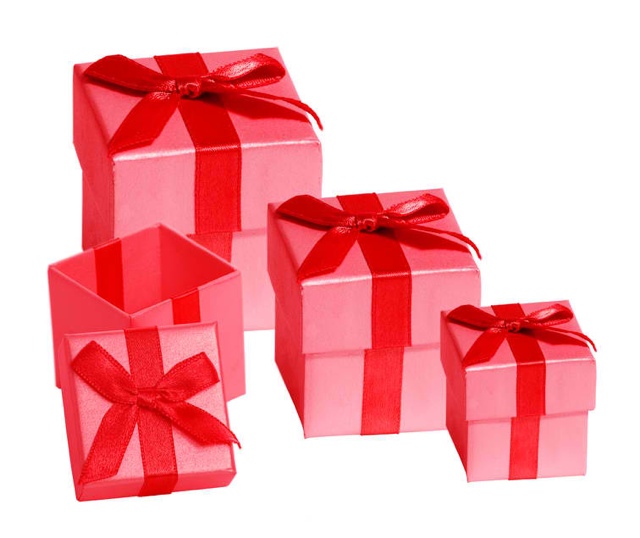 Restraint and self-control. Contentment. These are character traits that we try to teach our children during the Christmas season when they go nuts over all their presents.

Every year we have an average of six Christmas gatherings. This means that our children get a number of gifts from family, friends and us. And, naturally, they want to play with ALL of their new toys. But, we have a rule that we have implemented over the years when it comes to presents. They are allowed to unwrap all their gifts and see them, but they can only choose a few gifts to actually play with. Everything else gets stored away. And throughout the year, it is up to Edric and I when they will get to play with their other presents. If they want to get a new toy from the closet, they have to ask permission first.

We do this because we want our children to learn how to wait, to control their emotions, and be thankful for the things they do have. In the past, when we let them indiscriminately play with all their presents as soon as they opened them, they would easily get bored. Instead of appreciating what they already had, they wanted more things. Their toy closet was packed with stuff but they would still feel like they had nothing to play with.

Edric and I realized we were doing our children a big disservice by allowing them to have too many things, all at once. So we had to regulate their gifts and toys. When they got something new, Edric would encourage them to go through their old stuff and give away something.

We have not been able to do this every single time they get presents, but living in a condo makes storage very limited and this forces us to de-clutter on a regular basis. This is also our way of keeping our children from growing too attached to material things and possessions.

Furthermore, left alone and without guidance, our children would continually want more and more things for themselves. Contentment doesn’t come naturally.

For example, during an occasion where the hosts of the party tossed coins for the children to collect, one of my boys came back with a lot, another had a few, and another had none. Edan came to me in near tears saying, “Mom, I didn’t really get any coins, just a few.” I told him, “That’s okay, you should be thankful. You got all those coins for free. At least you were able to collect some.” My older son, Elijah, who overheard our conversation felt compassion for his brother. “Here, you can have all of mine,” he said. Edan happily took the extra coins. He now had a good number of coins. But, along came my youngest son, Titus, who said, “I don’t have any coins. Edan, can I have some?” I was curious to see how Edan would respond to his brother. “No, you can’t.” Both of them started to get upset with each other and the coins turned into a big issue.

This is where I had to intervene. “Edan, first, you were able to collect coins because someone gave them, but you felt bad because you didn’t have that many. Then, Elijah felt sorry for you so he gave you his share so you had many coins. When Titus came to ask for just a few because he had none, you didn’t want to give him any. But to begin with, all those coins were given to you, you didn’t earn any of them.” Then I added something like this, “Both of you are fighting over coins when you should be loving to one another. Because of this, mommy will take away all the coins. You don’t get to have any of them.”

I could have easily pulled out coins from my own wallet and given them to Titus. But I wanted both of them to learn a lesson — learn to be grateful, don’t be greedy. I took away the coins and put them in my bag and told them they had to apologize to one another. Later on, when I gave the coins back because they had changed their attitudes, Edan realized that he was wrong and shared his coins with Titus.

Character is something we need to keep teaching our children. When it comes to toys, things, or possessions, do we cater to their wants or do we teach them the value of delayed gratification, of making the most of what they do have, or what it means to be content when they can’t have or get what they want? Do we provide them with too many comforts and pleasures at the expense of their character development? Are they taught to deal with disappointment positively?

These are some things that Edric and I have had to address as we parent our kids. Admittedly, there are times when I feel pressured to buy my kids the newest toy because all of their other friends have it. I want them to be happy, to feel like they are not wanting for anything. But, I am thankful that Edric helps me with this. He thinks more long term and doesn’t want to stimulate the desire for material things in our children. It’s so easy to condition our children to be takers. Edric and I do want to bless our children, but we have to make decisions in favor of their character, which is of greater value.

God does the same things with his children. I learned an important truth from my dad about this: “God is more concerned about our character than our comfort.” We may sometimes wonder why he doesn’t answer all our prayers the way we want him to, but he has good plans for us.

This verse encourages me when I feel like questioning God’s methods, when I wonder why he withholds certain blessings at times. “For the LORD God is a sun and shield; the LORD gives grace and glory; No good thing does He withhold from those who walk uprightly.” (Psalm 84:11 NASB)

It reminds me that God does NOT withhold good things from his children. So when there are seasons when he makes us wait, stretches our faith, or says “No,” then that is the best thing for us at that moment.

Similarly, our children may not like it when we don’t let them play with all of their new toys. They may feel very disappointed, but all those toys are meant for them and will be given at the right time. But, while they are waiting, practicing contentment, restraint, self-control, and thankfulness, they will have to trust that we are doing this for their good.

This makes me remember when Edric and I were first married we didn’t have much financially speaking. Sometimes we wondered why God didn’t give us more. After all, we followed him, we sought after him, and Edric was working hard. But we chose to believe in God’s goodness and time table. And sure enough, God always met our needs and he continues to do so.

Yet as amazing as his blessings have been, we have learned through the years that by far, the greatest blessing is God himself. Nothing is more satisfying, more fulfilling or more wonderful.

Personally, I believe that materialism provides counterfeit satisfaction. It brings happiness but only for a period and then the wanting continues. Instead of resulting in contentment, it stimulates greed. While our children cannot understand this yet, we need to protect them from equating more toys or more things with happiness. While it may be hard to tell a five year old, “God is more satisfying than all your toys,” we can move them towards a deeper understanding of who God is. We can start to teach them the beautiful truth that Jesus said to a crowd of people in Luke12:15, “Beware, and be on your guard against every form of greed; for not even when one has an abundance does his life consist of his possessions.” (Luke 12:15 NASB)