I have three boys and a daughter. One of my sons, my dear Titus, is a fun-loving boy who is highly curious. From time to time he gets himself into predicaments that require rescuing or intervention from adults. I also find myself dumbfounded by some of the things he does. And I don’t mean that in a negative way. He is more entertaining than television without intending to be so.

Just yesterday, for example, he peed on his sister’s head while she was in the shower. (Sometimes we do communal shower time for our younger kids because it makes the process a whole lot faster.) I can’t imagine what reason Titus had for doing this and when I asked him, all he said was, “I forgot to pee in the toilet.” So why did he have to pee on my one year old daughter’s head? I don’t know. These are the mysteries of raising children.

Like all my other kids, I believe God has a special plan for his personality. And since he is only three, Edric and I have a good number of years to chisel off the rough edges and prepare him for manhood. In the meantime, I have learned to be thankful for who he is.

God uses each one of my kids to chisel me as a person, too!

He gave Edric and I just the right mix of personalities to raise. So far, we haven’t gone crazy raising four children, so I know that God is definitely calibrating everything just right. He has used my kids to expose what it is in my heart — ugly things…like impatience, irritation, selfishness, pride, and so on.

Last week when I prepared for our homeschool playgroup’s U.N. day, I literally turned into an ogre. Titus had forgotten where he put a boomerang I was planning to bring to playgroup (an actual wooden boomerang from Australia). It was going to be one of my visual aids for our presentation on Australia. I was going ballistic because we were late and nobody in the house could find it. Okay, ballistic for me doesn’t mean shouting (just to clarify), but I was VERY annoyed, VERY negative, and VERY unpleasant. I even said, “If you don’t find that boomerang you are going to get a spanking!”

What?! I never make threats like that and I didn’t even mean it when I said it. Where was this coming from? From my ugly, sinful heart — the one that God keeps working on. My son started to cry in fear because he couldn’t remember where he put it. At this point, I knew that I had definitely crossed over from good to evil but I kept huffing and puffing around the house and letting everyone know that I was upset. There was no time to console him. I wanted that boomerang found immediately!

Finally, after twenty minutes, our househelp checked under a carpet and there it was! Apparently, Titus had hidden it there earlier that morning but forgotten all about it. When he saw the boomerang again, he stopped crying and said, “There it is, mom!” His face lit up with hope, hope that I wouldn’t follow through with my mean threat to spank him. Shame, shame on me.

When I got to the car and started driving the kids to our playgroup, God convicted me to make a big apology. My reaction was completely wrong. It was hurtful and sinful.

The kids were quick to forgive me, which made me feel worse inside for treating them the way I did.

During the drive, I was half thinking of how to get to my friend’s house and half thinking about what in the world just happened. How could I have behaved so horribly towards my kids, especially my youngest son? And over a BOOMERANG?! It was humbling to see my sinful nature on display like that.

When U.N. day was over, I decided to reflect on the incident so I could avoid a repeat of it in the future. Here are some of the things God reminded me to apply:

1. Don’t over-schedule. That day was crammed with activities for my kids and myself. Looking back, I should have anticipated that the timing of everything was too tight. The kids had taekwondo and violin classes in the morning, lunch with their dad, playgroup in the afternoon, and then I had a bible study in the evening. And the traveling time between these activities was considerable.

2. Remember that relationships are more important than projects or programs. When I zone in on an activity that I have committed to, I’m relentless. It’s hard to pry me away from what I’m doing and I don’t like to be interrupted. I especially don’t like having my goals blocked. Not being able to find the boomerang was blocking my goal. My goal was to present Australia in a certain way and that included using the boomerang. So, my poor son was an obstacle to me. I saw him as someone who stood in the way because he couldn’t remember where he put the boomerang. I had forgotten that he was a zillion times more important than a wooden boomerang and our playgroup’s U.N. day.

3. Be flexible. I didn’t want the kids and I to present Australia without a boomerang. But, it wasn’t even a major part of our presentation. I could have left home thirty minutes earlier and avoided my ogre-moment if I had been flexible enough to say, it’s okay, let’s go to plan B. But, I was stubborn.

4. Finally, be thankful. This is a hard one. I didn’t feel an ounce of gratitude for my situation when I was in the middle of it. Worse, I resented my son for being a forgetful three year old and I blamed him for making all of us late. Instead, I should have been thankful and seen the situation through spiritual lenses. If I had been spiritual and spirit-filled, I would have probably said, “Lord, thank you for allowing this to happen. You must have a reason. Please help me to be positive and grateful.” That would have turned my emotions around 180 degrees!

1 Thessalonians 5:18 says in everything give thanks; for this is God’s will for you in Christ Jesus.

God says it is his WILL for us to be thankful, in everything! I believe it says “in everything” because a thankful person knows that God is in control at all times and for all the right reasons.

What about when it comes to parenting? Are we able to thank the Lord for the children he has given us (even the ones who are a challenge to discipline and train)? 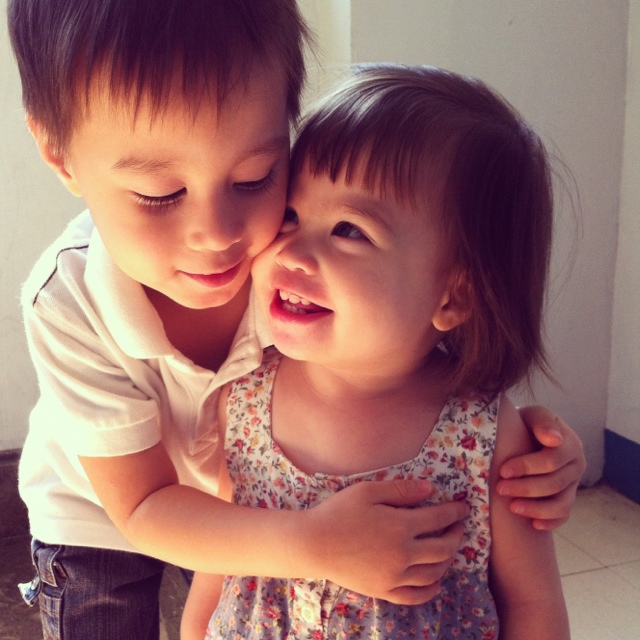 1 thought on “The Case of the Missing Boomerang”