87% of women in India are stressed out. Next is Mexico and then Russia. According to Time.com, the source of their stress is money and time. They worry about money and not having enough time to rest and relax. The report goes on to say that since these are emerging economies, women shoulder the burden of working and managing the children and home — they have to juggle both career and “traditional” roles. This story was published late last year. [1]

Hmm…I don’t disagree that both men and women can share roles at home. The reality is that not all families can afford a single-income household. In fact, in the U.S., statistics from “Women and the Economy 2010: 25 Years of Progress But Challenges Remain” (A Report by the U.S. Congress Joint Economic Committee) dated August 2010 showed that 66% of homes were dual income households for families with children under the age of 18.[2]

I understand how the American lifestyle (of no household help like we have here) would necessitate participation of both husband and wife to run a household. When I was in the U.S. visiting my sister, Candy, I saw how she shared housework and parenting responsibilities with Jeff, her husband. They had a good system going. But honestly, it made me ever so thankful for the conveniences we do enjoy in the Philippines!

And while I am not against women having careers and pursuing their passions, I do feel sad that it has taken many women out of the home. Boy, would Betty Friedan NOT like me. When she wrote, The Feminine Mystique and got it published back in February 19, 1963, she challenged the traditional roles of marriage, motherhood, and homemaking (everything that I enjoy doing and being). In chapter one of her book, she wrote, “We can no longer ignore that voice within women that says: ‘I want something more than my husband and my children and my home’.” [3]

Friedan sparked the beginning of second-wave feminism in the United States which programmed women to believe that getting married, child-bearing, and being a homemaker were deterrents to true fulfilment. In her opinion, these definitions of “femininity” left women confused, dissatisfied and unhappy with their identity.

She wrote…“For over fifteen years there was no word of this yearning in the millions of words written about women, for women, in all the columns, books and articles by experts telling women their role was to seek fulfillment as wives and mothers. Over and over women heard in voices of tradition and of Freudian sophistication that they could desire–no greater destiny than to glory in their own femininity. Experts told them how to catch a man and keep him, how to breastfeed children and handle their toilet training, how to cope with sibling rivalry and adolescent rebellion; how to buy a dishwasher, bake bread, cook gourmet snails, and build a swimming pool with their own hands; how to dress, look, and act more feminine and make marriage more exciting; how to keep their husbands from dying young and their sons from growing into delinquents. They were taught to pity the neurotic, unfeminine, unhappy women who wanted to be poets or physicists or presidents. They learned that truly feminine women do not want careers, higher education, political rights–the independence and the opportunities that the old-fashioned feminists fought for. Some women, in their forties and fifties, still remembered painfully giving up those dreams, but most of the younger women no longer even thought about them. A thousand expert voices applauded their femininity, their adjustment, their new maturity. All they had to do was devote their lives from earliest girlhood to finding a husband and bearing children.”[4]

The last chapter of The Feminine Mystique makes these claims: “education as the ultimate method by which American women can avoid becoming trapped in the feminine mystique; it calls for a drastic rethinking of what it means to be feminine; and offers several educational and occupational suggestions.”[5]

I will give credit to Friedan for one realization that is absolutely correct. We cannot get true fulfillment from our marriage or relationships, children, homemaking or even our physical bodies. But, neither can we get it from any preoccupation we might have, whether it be educational attainment, career or profession.

The liberty to pursue personal happiness and freedom outside the seemingly constraining roles imposed by traditional thinking and society did not make women any happier. Nearly 40 years later and women are still seeking fulfillment in every place possible. Education, career, occupation has not been the answer. Sure, it has given women more spending power and decision-making power to effect change and progress, but it has not answered the greater need that we all have.

“Millions of Americans think progress requires women’s liberation—from men, from children, from society’s constructs, from just about anything that makes women feel morally obligated to someone or something other than themselves. The saddest part of this misguided view of human nature is that it hasn’t made women any happier. In fact, it has done just the opposite. According to a 2007 report from the National Bureau of Economic Research, “As women have gained more freedom, more education, and more power, they have become less happy.””[6]

This may sound like a sweeping statement and it was, for the most part, a U.S. statistic back in 2007. But, I think about the women I know today…Truthfully, I have yet to meet a successful career-oriented woman who does not live with an amount of dissatisfaction for her state in life. Either she wants to have more time for herself, her marriage, or her children. Or she wants to be married, settle down and have children. And some want to find another husband or relationship. Others just drown out the restlessness or discontent with materialism, hobbies, or vices. Those who recognize themselves to be spiritual beings, look for spiritual solutions. Some actually find the right answer.

I very much like the quote of Augustine, which explains why we continue to be wanting as women. “Thou has formed us for thyself and our hearts are restless till they find rest in thee.”

When I heard this shared by the pastor last Sunday it compelled me to rethink my ambitions, preoccupations, and desires. I am very much like the women that Friedan felt sorry for – the women who celebrate their role as wife, mother, and homemaker. Contrary to Friedan’s research back in the 60’s, I really do find a great amount of satisfaction in fulfilling these roles. My mistake, however, is that I have proudly thought that I was somehow more noble than others for getting my priorities “right.” In my mind, I was thinking, “I know what’s most important in life.” WOW. How totally self-righteous and self-centered of me! I was giving womanhood a definition based on my own finite understanding.

I got my rebuke yesterday, when, sitting on a bench in the American Cemetery to pray, God reminded me that the greatest priority is not to be this “Christian” ideal of wife, mother and homemaker. Rather it is to seek him first above all things. Everything else ought to be an outflow of seeking him. 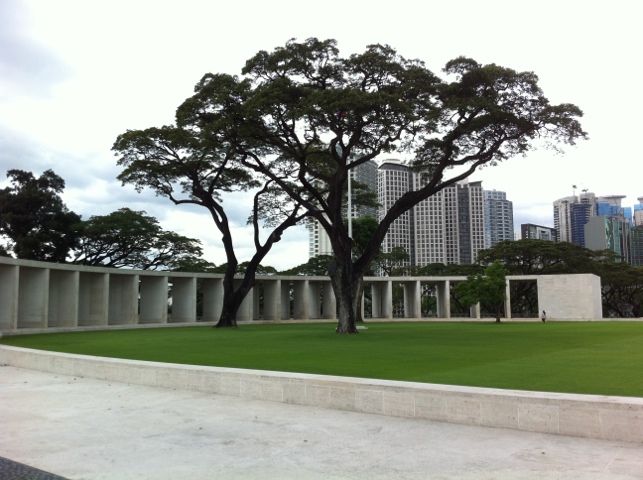 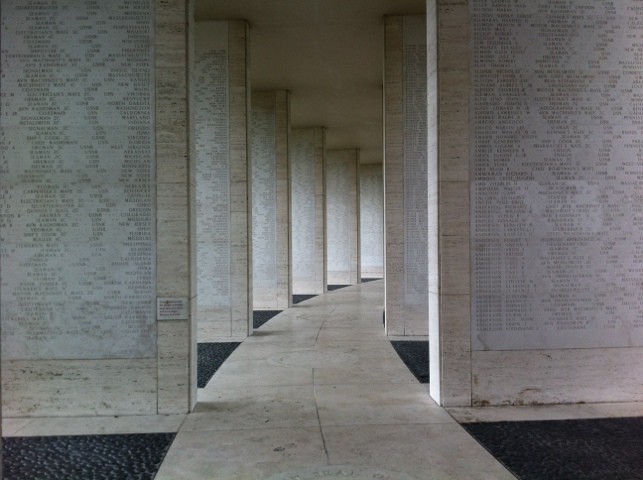 Colossians 1:16 tells us that “…all things were created through him and FOR HIM.” We were made for God. As Blaise Pascal put it, “There is a God shaped vacuum in the heart of every man which cannot be filled by any created thing, but only by God, the Creator, made known through Jesus.”

The problem is not that we pursue many things. The problem is we keep thinking that true happiness is just around the corner, one pursuit away from another, or perhaps that we have lost it by our own doing, or another’s, or even due to circumstance. True happiness, however, is to know God. It is the pleasure of God himself and not all the replacements we settle for.

C.S. Lewis got it right when he said, “We are half-hearted creatures, fooling about with drink and sex and ambition when infinite joy is offered us, like an ignorant child who wants to go on making mud pies in a slum because he cannot imagine what is meant by an offer of a holiday at the sea. We are far too easily pleased.”[7]

In other words…we settle for the good, when God offers us the best – himself!

This past week, I’ve really tried to meditate on what this all means to me as a wife, mom, homemaker, homeschooler…as a woman living in the 21st century. I can continue to subject myself to all sorts of definitions of what it means to be a woman, what it means to be truly feminine. After all, historically speaking, people have tried to define and redefine what it means to be a woman, to help us find greater fulfilment, meaning, and identity. They have all been well-meaning (and they accomplished some important things – the right to vote, better education, job opportunities, higher compensation for women, and the like). But historically speaking, once again, we have seen that trends of thought and progress lead to the same conclusion. We will always be wanting and never truly satisfied.

While we may think that we have progressed far beyond the capacities and opportunities that women had before, twenty years from now, women will still be looking for love, recognition, appreciation, life partners, worth, and fighting personal insecurities.

What then, is the answer?

Psalm 34:10 says it perfectly. “They who seek the Lord shall not be in want of any good thing.” Have we really taken God up on his offer?

Here’s a thought for well-meaning feminists and all the “independent” women out there…A truly feminine woman does not base her self-worth or identity on marriage, child-rearing, homemaking, career, external form and appearance, education, wealth or accomplishments. Her source of joy and peace is not dependent on people or circumstances; neither is her security a result of what she has or does. A truly feminine woman recognizes that she was designed by God and for the purposes of God – to be purely loved and unconditionally accepted by Him – not having to strive to prove her worth or fret about the future, but to rest in the knowledge that all her longings and desires find their complete satisfaction in seeking God and living to please him. Everything else is a bonus!