Edan, my five year old, happily announced to me that he finished his children’s bible yesterday. I had told him prior to this that he would get to choose a new Bible if he completed reading his current one. It was a children’s bible so it was a whole lot easier to go through than the one Elijah, his older brother, is reading. But he was so motivated to get one “just like Elijah.”

As promised I took him to the bookstore to pick out a Bible and I was hoping he would be interested in the easier, story-book type of Bible. Yet he insisted on getting Zondervan’s Adventure Bible.

I presented him with my picks but he was not satisfied. In my mind, however, I was concerned that all the text and lack of pictures in the one he really wanted might discourage him. So I said, “If you can read all the way down the page aloud and by yourself then I know you are ready.” 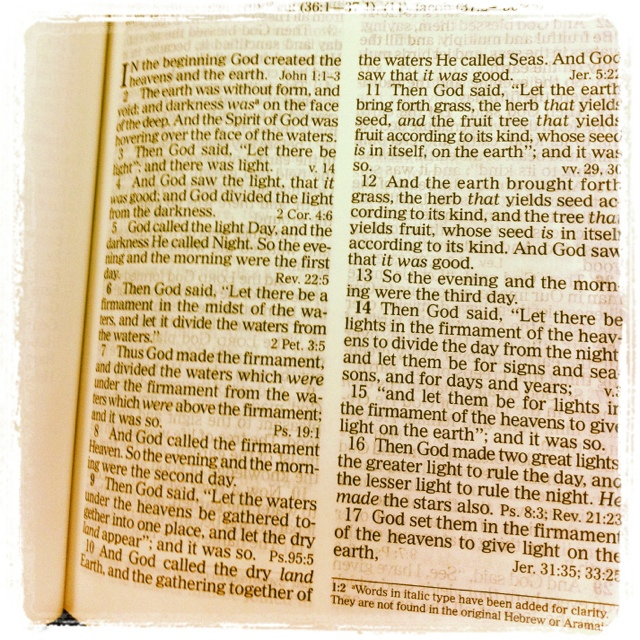 I opened up a grown-up’s Bible to Genesis 1. Edan was determined! He read all the text I asked him to. When he got to the last word, he asked, “So can I get it?” My end of the deal was to say, “Of course!” I also added, “But you have to commit to read it even if there are no pictures.”

He was thrilled and said, “I am going to read it right away!” And he did! He read his new Adventure Bible until Genesis 2.

Will he really be able to go the distance with this Bible? We shall see. I am not going to give him a hard time if he struggles through some of the bigger words. What blesses me is his desire to have a grown up’s version of the Bible, which will really get him into God’s word. God can take over from there!

For the word of God is living and active and sharper than any two-edged sword, and piercing as far as the division of soul and spirit, of both joints and marrow, and able to judge the thoughts and intentions of the heart. (Hebrews 4:12 NASB) 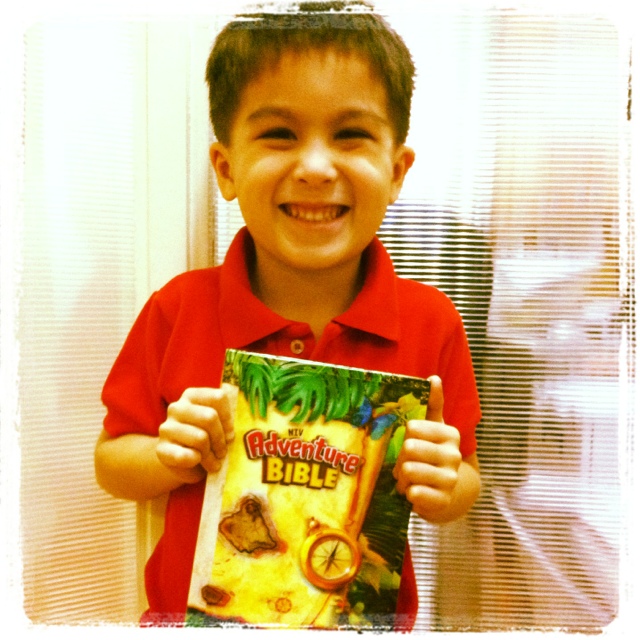 6 thoughts on “I Want A Real Bible”