I used to think that it was the oldest child in a family that was leader of all other siblings. But, as I have observed my children interact with one another, I’ve noticed that each of them naturally becomes a leader to a younger sibling. There always seems to be an opportunity at home to practice and develop leadership skills in my kids. This has led me to conclude that it is very possible to raise each child to be a leader and influencer. It’s not just about being born with a kind of “take-charge” personality

Just this evening I saw Edan trying to do a 3-D origami swan. This is something he would not have been interested in before but seeing his older brother, Elijah, do origami has inspired him to try out origami, too. I don’t know if he can actually do the 3-D swan, but I think it’s great that he is copying his older brother. It’s a good hobby to get into.

Edan also gets more inspired to practice piano and violin when he knows that Elijah is practicing. So sometimes I hear a cacophony of sounds coming from the living room – two violins playing different songs or one violin and one piano playing different songs. When Edan gets lazy, Elijah will remind him that he needs to practice. He won’t relent until Edan gets his practicing done.

Elijah has helped to exemplify a whole lot of positive character traits for his younger siblings and I have been blessed to have him partner with me when I teach the others. His obedience and attitude greatly impact Edan, Titus, and Tiana. When he is compliant and energetic, his brothers are encouraged to do the same. There is a domino-effect that happens.

While Elijah is older and plays a dominant role as leader to his younger siblings, Edan has also stepped up as a leader to Titus. Titus kind of tail-gates him often. And Edan will read books to him and teach him games. In fact, one time, Edan was reading to Titus and then he stopped mid-way through the story. “Do you want me to read some more?” He asked Titus. “Then you have to give me more honey stars.” Edan was bartering his reading services for cereal! I couldn’t believe it. I listened to their dialogue and laughed to myself because Titus was trying to ration each portion he shared with Edan, and Edan was not willing to keep reading until he got “paid” enough. (Edan is my little businessman.)

Very recently, I’ve seen how Titus likes to do the same things that Edan does. Yesterday afternoon, I asked Titus if he needed to use the toilet. We were in a public place and I wanted to make sure he had the opportunity to use it. He said he didn’t have to. But when Edan said he had to use the toilet, Titus was like, “Oh yah, I have to use it, too.” This evening when Edan went to brush his teeth, Titus said he had already brushed his teeth. But Edan reminded him, “No you didn’t. You brushed your teeth after lunch.” So Titus went with him. They were in the bathroom, brushing their teeth together.

Titus has his own wee person to look out for – Tiana. Every time it is Titus’ turn to pray for a meal, he says, “Dear Lord, thank you for this food. Please help it to nourish our bodies. Please help Tiana to grow bigger.” He always prays for Tiana to grow bigger. No one asks him to do this. He initiates it on his own. I suppose he compares her size to everyone else’s and thinks, She’s so tiny.

He also looks out for Tiana. When Tiana wakes up and is still in her crib, he will come running to me and say, “Mom, Tiana needs you. She’s awake.” And he will badger me until I get her or someone else rescues her.

When I’m teaching the older two, he also helps me out by preoccupying Tiana as they play together.

Tiana is the youngest of the lot so she doesn’t have any younger sibling to take care of or be leader to. But she plays with her dolls and holds them, sings to them, wraps them in blankets, and talks to them. She treats them like her “babies.” (It’s very interesting to witness this nurturing trait emerge in her personality because I don’t force her to play with dolls or stuffed animals but she gravitates towards these things.)

Observing my children’s behavior, as well as their interactions with one another, has given me greater understanding as to how leadership develops in children. When siblings spend a whole lot of time together, the older children become examples to the younger ones and develop a sense of responsibility to take care of or teach younger siblings. And leadership is affirmed because younger siblings look up to their older siblings. They like to copy their “Kuyas” and “Ates.”

It certainly makes my job easier as a homeschool mom. I invest heavily in the instruction of the older kids and it gets passed on to the younger kids. Of course, I still give the younger kids attention, but it doesn’t feel as difficult to teach the same things because I can refer to the example of older siblings or get them to be my assistants.

This is an advantage of homeschooling that we really need to capitalize on – developing the leader in each of our children by presenting them with opportunities to step up, take charge, and be held accountable. Some children may be born leaders but every child can also be taught to lead someone, especially a younger sibling. They don’t have to be able to lead a whole group of people to start honing the traits of a leader – traits like responsibility, honor, a positive and encouraging spirit, integrity, concern, and service. These can be developed right at home! 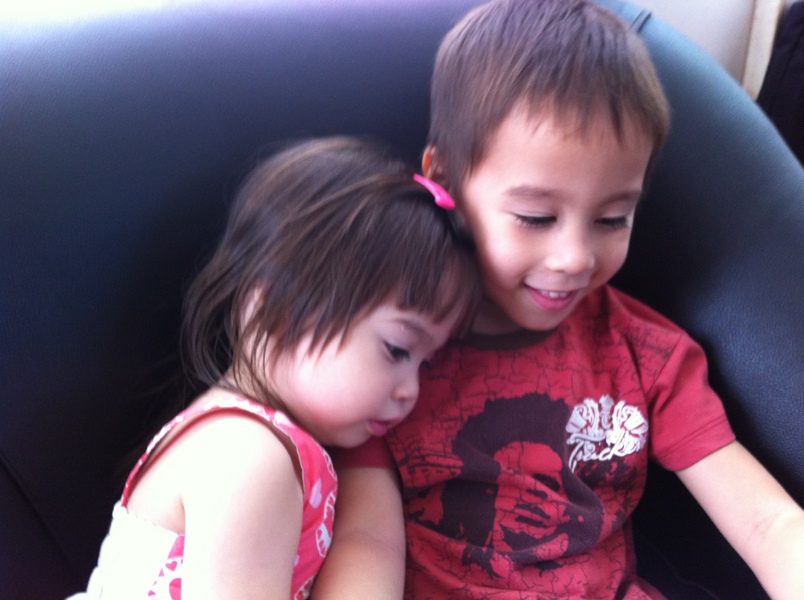 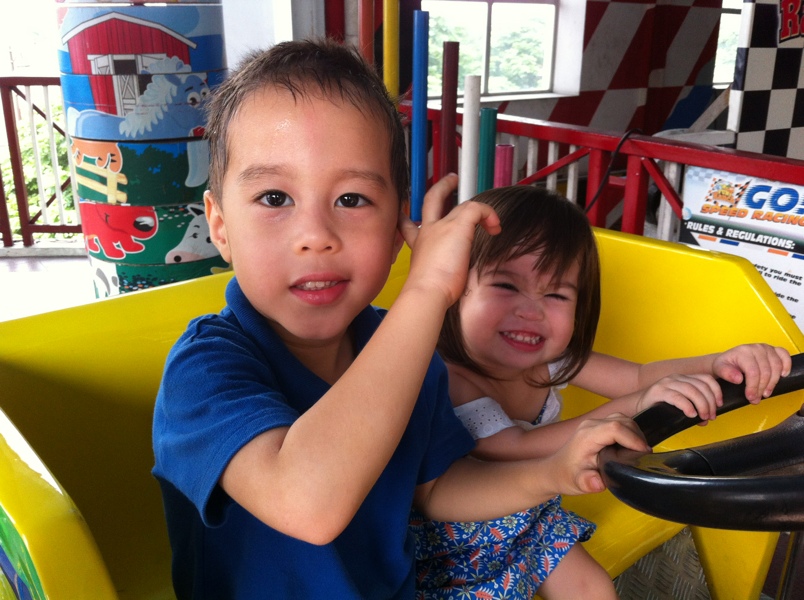 4 thoughts on “Raised to Lead”