While I struggled with my miserable cold two nights ago, trying to rest in the room alone, a commotion in the kitchen woke me up. With a raised and agitated tone, Titus said, “I don’t want that!” This wasn’t the sound of my usually sweet and happy Titus. 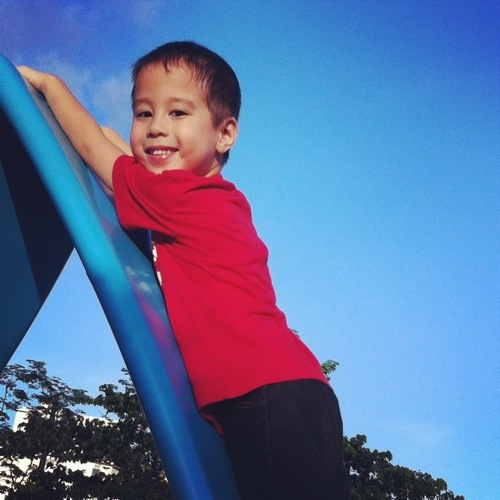 I would have preferred to remain in my rested state and ignore the situation. But I could not willfully do so. Titus had lost his temper. There was an issue that needed to be dealt with. Intervention was in order. So I got up and called him out of the kitchen to talk about what happened.

Apparently, he wanted a strawberry yoghurt drink that ended up in the hands of Edan. He was offered an orange flavored one by our househelp, Joan, which upset him. Edan, on the other hand, was apathetically sipping the last few drops of the coveted drink. Titus looked on with quiet anger, convinced that he had been done a great injustice.

Taking Titus aside, I tried to understand where he was coming from. But my attempt to have a dialogue with him as his two older brothers curiously stood on the sidelines and his youngest sister called out, “Titus is going to get a spanking!” was counterproductive. So I brought Titus to my bedroom.

He thought he was going to get a spanking but my intent was to get to the root of the issue. This was not something that could be solved with a spanking. There was a much deeper problem here. Titus’ spirit was not right. There was hardness and frustration.

He stood in front of me while I sat across from him. We engaged in a conversation that involved me explaining to him why his attitude was wrong, why shouting was not okay, and how he needed to learn to share. His part was to acknowledge and respond in repentance. Did it work? Maybe a little. But I could sense that his compliance was external. It was void of real conviction.

So I called him to my side, hugged him really tightly and said, “Titus, I love you no matter what.” I assured him that I was after his greater good. His countenance softened and he started to tear. All my lecturing had not produced this sort of heart-felt response. It was not until I took him in my arms and held him that I could sense a motivation to change his attitude.

With my arms around him, I went on, “Because I love you, I want to teach you to do what pleases God.” Appealing to his own love for Christ, I reminded him that getting angry and being selfish were wrong behaviors because Jesus didn’t want him to do those things. I asked him what he thought would make Jesus happy and he acknowledged that he had to learn “to share, to say sorry, and that he shouldn’t get angry.” When I was convinced that he sincerely meant this, I let him go back to the kitchen to say sorry to those whom he had hurt.

He walked up to Edan and Joan to ask for forgiveness. There was humility in his tone and disposition, and he bounced back to his smiley, cheerful self. I affirmed him for doing what was right and I peacefully went back to my bedroom to go back to sleep. Strawberry yoghurt training case closed.

Training is such a challenge. First, it takes commitment. Second, it must be personalized. Third, it must be purposeful — the pursuit of Christlikeness. Fourth, it must be cradled by love.

Sometimes, I am tempted to short cut the training part and make behavior the priority. But fruitful discipline and training must seek to restore our children’s hearts to us and to the Lord. It must heal what is broken inside them and be redemptive, effecting much more than behavioral change.

If we want real fruit in our children, we must consider these heart questions: Do our children know that we love them? Are they absolutely convinced that we want what is best for them? Do they love Jesus? Do they know that he loves them?

1 Corinthians 13:8 says that love never fails. When I think of that statement, I think of how it can be applied to training our children. Love does not fail to motivate or inspire change. When our children are convinced that they are loved and accepted, flaws and all, they respond to our teaching. More importantly, when they love Jesus with all that they are, they desire to please him and live for him.

Titus painted this earlier on in the day for me. I thought it was a great reminder that our children give us their hearts to handle with care. What are their hearts telling us about their spiritual condition? What are we doing about it? 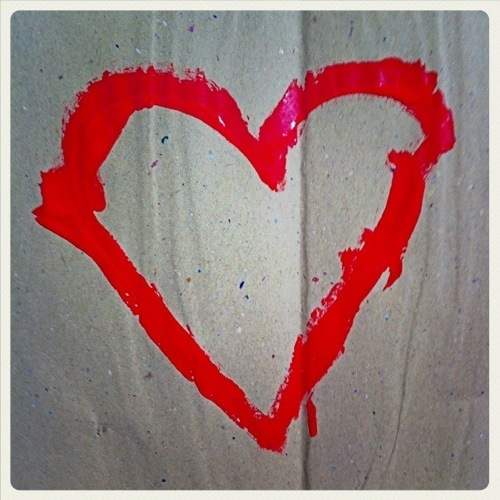