Between Edric and I, I tend to be the more protective one with the kids. It is probably because I am a mom. Aside from wanting the boys to stay clean and sanitary, which is often impossible, I can be concerned about their physical safety…sometimes to a fault. They are boys after all. I have definitely relaxed over the years and now I notice how younger moms tend to be more obsessive than I am. But compared to Edric, I am still the more cautious one.

I am especially concerned about them when they are in a swimming pool. First of all, I have my own issues about drowning…my worst fear. Second, I find Edric’s teaching style, as swimming coach to the kids, a little bit unnerving. I mean this in the sense that he will push them to go outside of their comfort zone so they develop water confidence.

Sunday afternoon while I observed Edric instruct Titus, I was tempted to interrupt their session. Titus was gulping quite a bit of water and tearing as Edric taught him to swim a significant distance without assistance. As I was swimming past them doing my own laps, I reached out to grab Titus. However, Edric motioned for me to go away and to let Titus be. So I trusted him and resisted the urge to protect Titus and cater to his feelings. Sure enough, by the end of their “lesson”, Titus swam across the width of the pool without holding on to anyone. 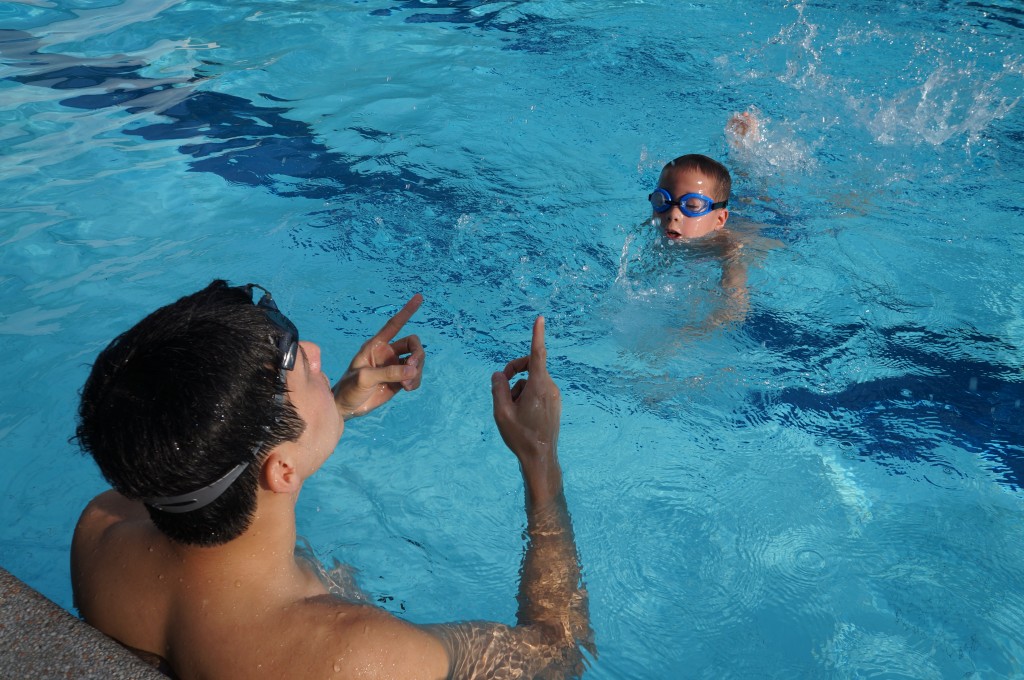 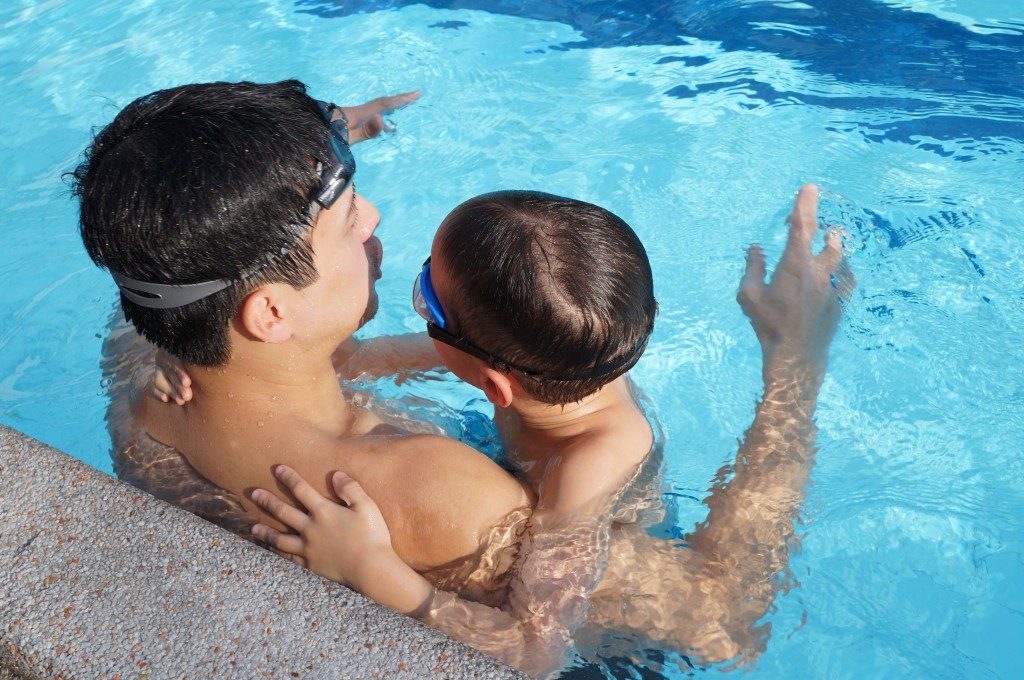 Edric and I agree on the fundamentals and goals of our parenting, which is such a blessing, but we do have masculine and feminine perspectives that impact our approaches. Edric is able to encourage our sons’ masculine traits — bravery, perseverance, toughness, chivalry, and the like in a way that I can’t.

I remember a comment a soccer coach said about some of the homeschoolers he had to train. Unfortunately, it wasn’t positive. He shared that they seemed to be overprotected. When they felt tired or fell down, they would run to their moms, dads, or yayas who were sitting on the sidelines. He didn’t like this because he was trying to toughen them up and teach them how to resist giving in to discomfort. This made me consider my own cautiousness with my kids.

There is a place for nurturing, encouragement, and affirmation, but I have to know when it’s overkill and when it is appropriate. I have to consider what the character objective is and whether my interference will help or negate what ought to be accomplished in the hearts of my kids.

We just came back from Singapore and once again, Edric took over the training aspect for our sons. I was in charge of Tiana and he made sure the boys were disciplined and followed instructions. Whew. I praise God, too. They were very attentive to his leading. I could stroll along as we went from one activity to another. All I had to worry about was our little Tiana.

Edric used this vacation time to mentor our sons once again. He had them each carry a backpack and asked them to be responsible for their belongings and for one another. And he added teaching moments to instill character traits.

For example, since he knew that Titus was struggling with confidence in the water, he wanted to demonstrated courage. When we were at the Science Center, Edric volunteered to step inside a chamber which was zapped by electricity from a Tesla Coil. Of course it was safe but to young children, it looked like he was stepping into a dangerous situation. The kids were nervous about him doing it, but at the same time, they were proud of their dad. Afterwards, he talked about what it means to be brave and related it to their own experiences.

Edric and I share a dynamic as parents that God designed to be complimentary. There are roles we fill in that enable us to raise our kids as a team. I have to make sure I am aligned with what Edric wants the kids to do in a particular situation and avoid contradicting his approach (especially when he is not around which can be confusing for the children.)

I didn’t know what to do when I felt stressed about Edric’s swim lesson with Titus that Sunday afternoon. I wanted to step in and assert my mom instincts. However I was reminded to trust Edric’s leadership. He loves our kids and will not willfully harm them. And when I am not sure which hat to wear as a mom, I go back to what I do know. In that situation it was about supporting my husband who was trying to accomplish, not just a skill, but a character goal. 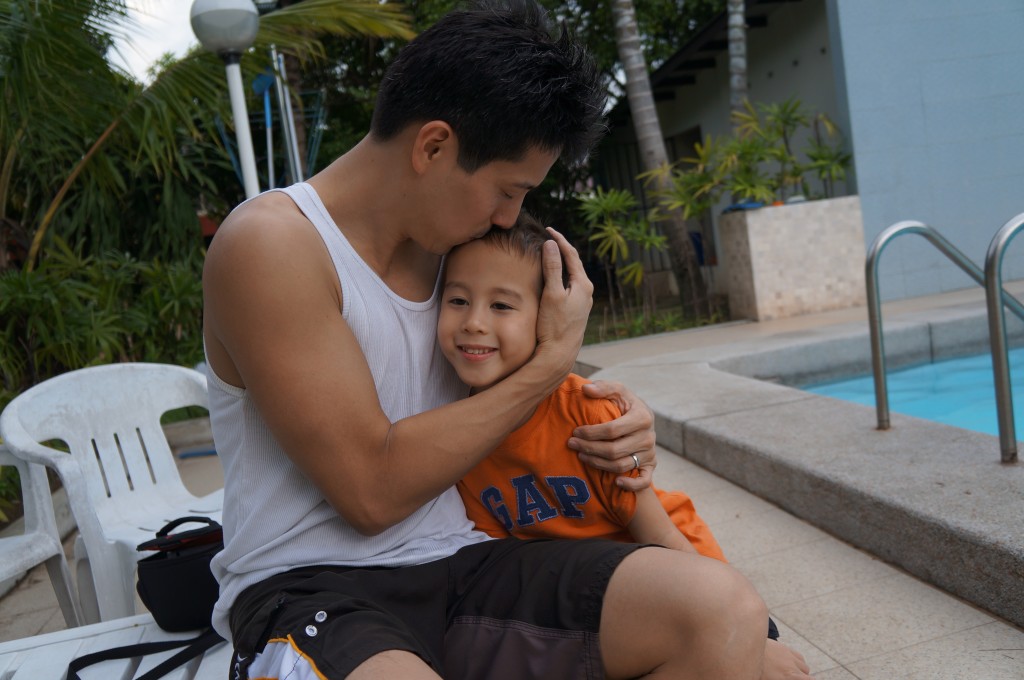 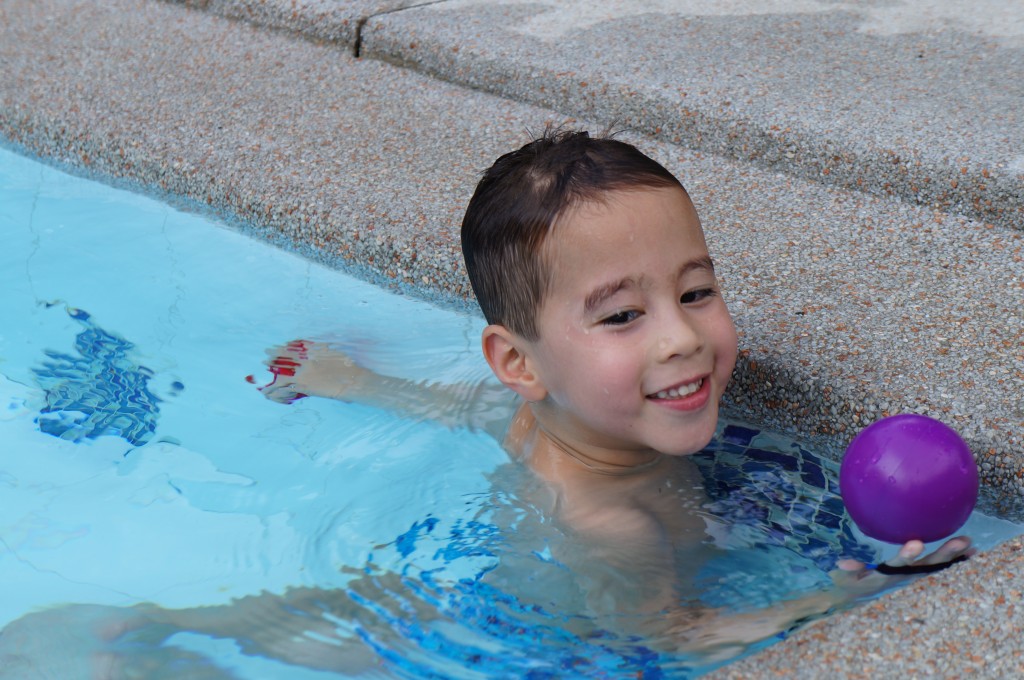 That same day I watched Elijah and Edan, who used to be afraid of the water, jump around everywhere in the deep pool while playing the game sharks and minnows with Edric. They were swimming with ease. In the near future Titus will probably be doing the same thing…especially if I sit back, relax, let Titus “rise to the occasion” as Edric puts it, and step outside of Edric’s arena so he can better mentor our sons to become men. 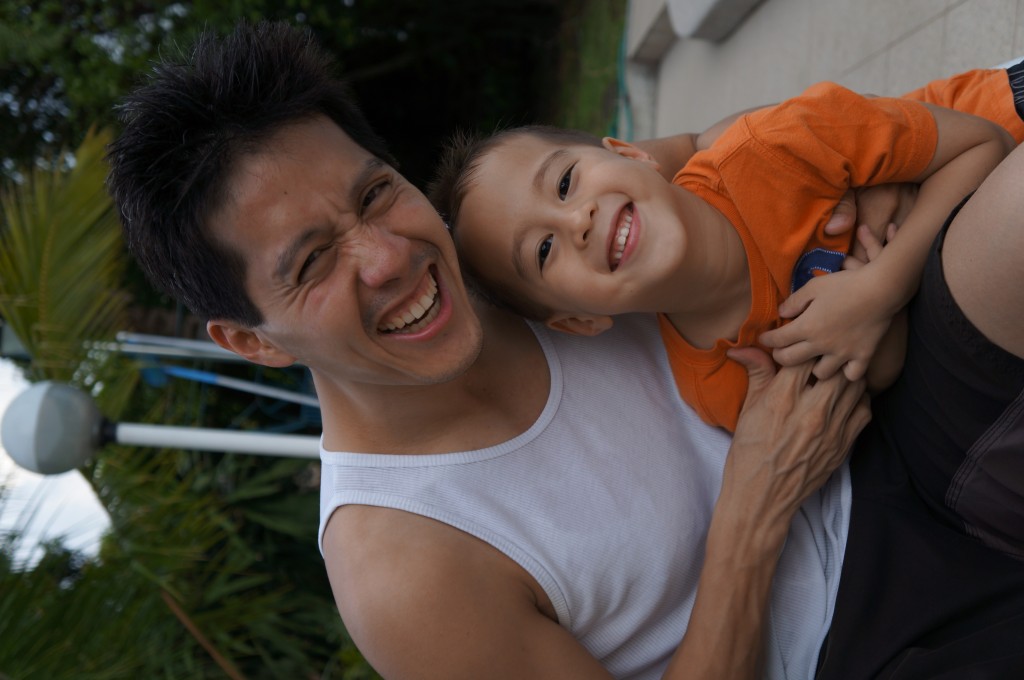 1 thought on “A Father’s Arena”