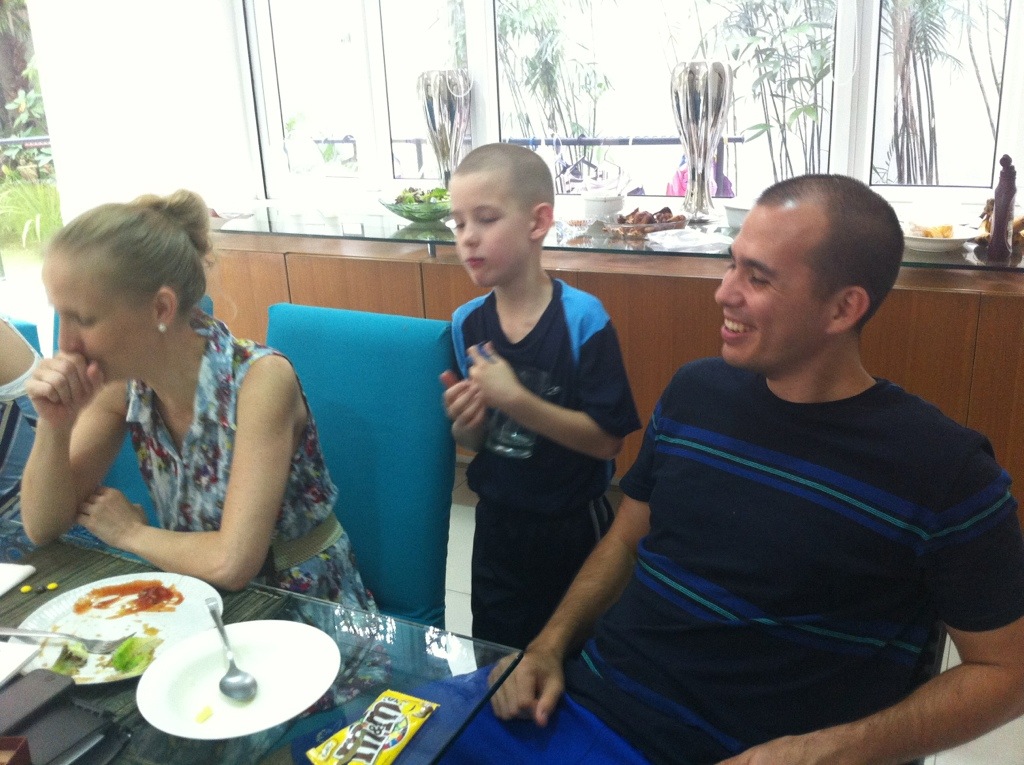 My younger brother, Paul, told a hilarious story about losing his son’s mouth expander and having to hunt through restaurant garbage to find it. I thought the experience had some wonderful spiritual insights to it that I couldn’t resist writing about.

Caleb, my 7 year old nephew, has an expander which his dentist customized for him to give more room for his teeth to come in. For many months, Caleb has been very responsible about his retainer. It has been misplaced but it has never been lost for good, which is quite amazing considering that he has to remove it every time he eats.

During lunch at Brasas in Podium last Sunday, Caleb asked his dad (my brother, Paul) to hold on to his expander while he ate. Paul wrapped it in a tissue and set it aside. It wasn’t until about 4 PM, when my brother’s family was long gone from Podium, that Caleb realized he wasn’t wearing his expander. We had dinner with my parents and Paul requested that the family pray he could find it. The most logical place it would have ended up in was Brasas’ trash. Oh my.

Paul was determined to find it. He knew how important it was to Caleb that he recover the expander, especially since Caleb had entrusted it to him. So off to Podium Paul went that night. Brasas was packed. (It is a great restaurant. We all love it.) Paul asked Brasas’ management if he could go through their trash. I don’t know what they must have been thinking but they agreed, and my brother wouldn’t have taken no for an answer anyway. It would have been very unappetizing to the restaurant guests if he had sorted through the trash there, so he asked Brasas where they usually took their trash. They told him, “Basement 1.”

Dragging three large garbage bags from the restaurant into the service elevator, Paul went to basement 1 to look for the garbage room. The security personnel in the elevator curiously eyed him because it was such a bizarre scene. But my brother was a man on a mission. He really didn’t care what anyone thought.

He found the garbage room, laid out the garbage bags and started sorting through the trash. Logically, he thought of going through the earliest bag that was packed that day since he was one of the first customers. Feeling and squeezing through each discarded tissue he found, he prayed that God would help him.

As he was going through trash bag # 1, he noticed a man come into the garbage room. The man noticed him, too. He kind of looked my brother up and down like, Who are you? What are you doing here? This is weird!

Paul struck up a conversation with him to break the awkward silence. “So what do you do?” he asked casually. The guy said, “I’m the garbage man.” (translated)

“Just a month because the other guy left.”

Paul was still intensely rummaging through the trash, explaining to the guy that he was looking for his son’s teeth expander. The guy was like, “Is there gold on it?” He was serious! He probably thought Paul was too concerned about his hunt to be searching for anything else! I mean what kind of person spends an evening in the garbage room of a mall unless he is hired to do so?!

The conversation shifted to spiritual matters and Paul talked to the guy about Jesus. He also added, “I believe he (Jesus) will help me find the expander.” And guess what? He did! At the bottom of the first bag, he saw the expander wrapped in the same tissue he had put it in earlier.

I thought it was a crazy story. As we were discussing it today and laughing in between scenes, my dad said it was a great illustration for the biblical stories of “the lost coin and the lost sheep.”

In the Bible, Jesus gave three parables to explain the love of God — the lost sheep, the lost coin and the prodigal son. The first two illustrate the relentless pursuit of something that was lost and the rejoicing that follows when that something is found. What is the worth of a single coin or a sheep among many? Are these things really worth the trouble and sacrifice of the search? As my brother narrated his story, I thought, “Would I have gone through all that to find an expander?!”

Honestly, I would’ve been embarrassed to even ask for the trash bags! And I would not have been able to stomach the ordeal of touching discarded food without gloves on. Paul was persistent in a way that I would not have been. Nothing was going to stop him from accomplishing the goal of finding that expander. His persistence was a great example of how God loves us.

The Bible uses the coin and sheep stories to convey a truth about who God is. Every lost person matters to the Lord. He looks for us. He seeks us out. He is absolutely committed to pursuing us.

Did my brother stick the expander back into his son’s mouth after he took it out of the trash? No way. My sister in law, Jenny, did a major disinfection ceremony to clean it thoroughly. Only then was it ready to be put back inside Caleb’s mouth. Similarly, when God finds us, we must be cleansed by him, purified by his Son, Jesus, to fulfill our original design. We have to leave life in the trash — the trash of sin.

Sometimes we like to stay buried in the “garbage.” Or we don’t even realize what kind of mucky predicament we are in. We are discarded, forgotten, left alone. But God will seek us out to save us and restore us for his greater purpose and plan. He will reach down into the mire to pull us up and out of the lesser life we are so wrapped up in to give us the abundant life he promises.

My brother was ecstatic when he found what he was looking for. It didn’t matter to him that it was among all the spit, saliva, bacteria, left-over and decomposing food. He was thrilled to be reunited with the lost expander.

“When he has found it, he lays it on his shoulders, rejoicing. And when he comes home, he calls together his friends and his neighbors, saying to them, ‘Rejoice with me, for I have found my sheep which was lost!’ I tell you that in the same way, there will be more joy in heaven over one sinner who repents than over ninety-nine righteous persons who need no repentance.” (Luke 15:5-7 NASB)

Are we enjoying his presence, celebrating new life or still stuck in the garbage? 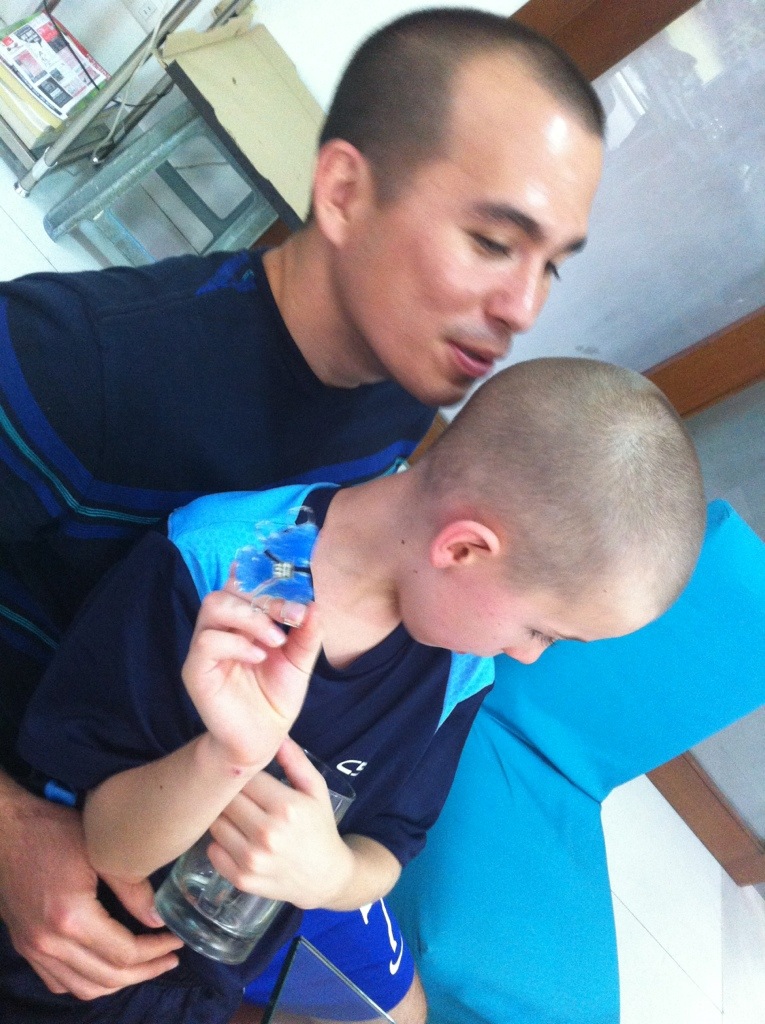 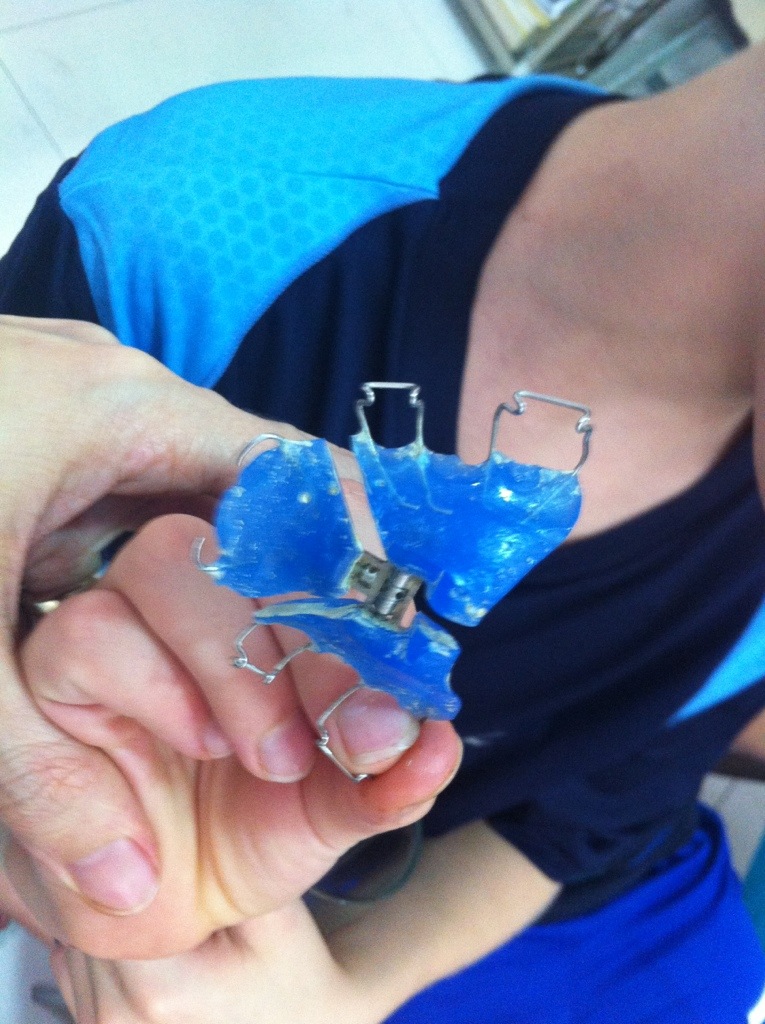 12 thoughts on “In the Garbage”