One of the things I really appreciate about Edric is his willingness to admit wrong and say sorry when he makes a mistake. I think it takes a real man to be able to own up and accept responsibility for his choices. Over the years, Edric has changed for the better in this area. He used to resist humbling himself to make an apology. However, he is often the first between the two of us to do so nowadays. It’s me that needs to improve in this area!

Yesterday morning, he went biking again. He didn’t kill a chicken like the last time but we ended up being late to worship because he didn’t get home before 8:30 like he said he would. Of course, I felt upset because he gave his word and I believed him again.

I was quiet in the car as we drove to church and he very intentionally addressed the kids and myself by saying, “Will you forgive me for making us late this morning?” Edan replied with a “You said you wouldn’t be late again.” And Edric acknowledged his error and asked for forgiveness for that, too.

Later on in the morning, he asked me to share what I was feeling because I was more distant than usual. “I think you should just let it out” was his invitation.

I didn’t want to say hurtful things but I was angry. So I expressed that I was mad and disappointed that he made the same wrong call. He listened to me go on and on about priorities and putting God first, being an example to the kids, and sense of timing…and he didn’t defend himself. Afterwards, he reiterated that he was sorry and in the wrong.

Towards the evening, when he sensed that I was not my usual jolly self, he prodded me to share what was on my heart knowing there was more lurking beneath the surface. So I unloaded about other things that had been bothering me and he listened once again, very patiently and with great understanding. I talked about how I felt badly that he had not prepared anything for our anniversary when he made time to play basketball, have a PS3 night with the guys, play board games online, and go biking with friends the week before.

It probably would not have been such a big deal had he not set such a high standard for himself. He is the type of person that goes all out to surprise me with a very thoughtful and creative gift. So when he asked, “Hon, can you give me the next week to come up with something because I did not have time to prepare for our anniversary?” I did not say it aloud but inside, I was like, really? Did not have time? Aren’t you the guy who always says if its important to a person, he will make time?

Well, the last thing I want to be is a nagging and unappreciative wife. The reality is, our relationship is not about hallmark occasions. I know he loves me. But right now, I am this sensitive, emotionally vulnerable pregnant woman — a hormone bomb.

And he recognized this. So instead of reacting with annoyance, he sweetly said, “I think you just miss me. You just want me to be around. And you are right, I have been busy and I will re-arrange my schedule so that during these last few weeks before you give birth, I will spend more time with you.”

That’s all I needed to hear. I just wanted to feel like I was a priority. I am pretty easy.

In the car, I expressed to Edric how appreciative I was that he is always willing to change and improve. I know it is the Lord’s work in his heart. After 12 years of marriage, it can be a challenge to keep the romance going. But a humble husband, who is patient enough to listen to his wife with understanding and be tender towards her…that’s a gift I will gladly receive on every anniversary! I want that more than flowers, chocolate, fancy dinner dates, creative demonstrations, and thoughtful cards.

Here is a tip husbands might want to know about their wives…You will spend less money if you recognize and act upon a simple truth about women. We are not as complicated as we seem. But if some basic needs are not met, I admit that we can get complicated. We want to be cherished, nurtured, appreciated, and understood by our husbands. When these needs are met, we feel secure. Otherwise, we get all weird — trying different ways to get attention, acting cold and distant, complaining, nagging, picking fights, and turning towards hobbies or friends to fill what is lacking and empty. Ultimately, of course, we should find our sense of security in the Lord and there is no excusing our own wrong behavior, but God also designed marriage to meet the needs of a man and a woman. He created natural desires and longings that are best met by one’s spouse.

You husbands in the same way, live with your wives in an understanding way, as with someone weaker, since she is a woman; and show her honor as a fellow heir of the grace of life, so that your prayers will not be hindered. To sum up, all of you be harmonious, sympathetic, brotherly, kindhearted, and humble in spirit; not returning evil for evil or insult for insult, but giving a blessing instead; for you were called for the very purpose that you might inherit a blessing. (1 Peter 3:7-9 NASB)

I know I said earlier that Edric did not “plan” anything for our anniversary. But before he left for work he asked me to block off my schedule from 5 PM onwards without telling me what we are going to do. Well, whatever the surprise may be, it’s a wonderful bonus to already feeling loved and important to him. 🙂 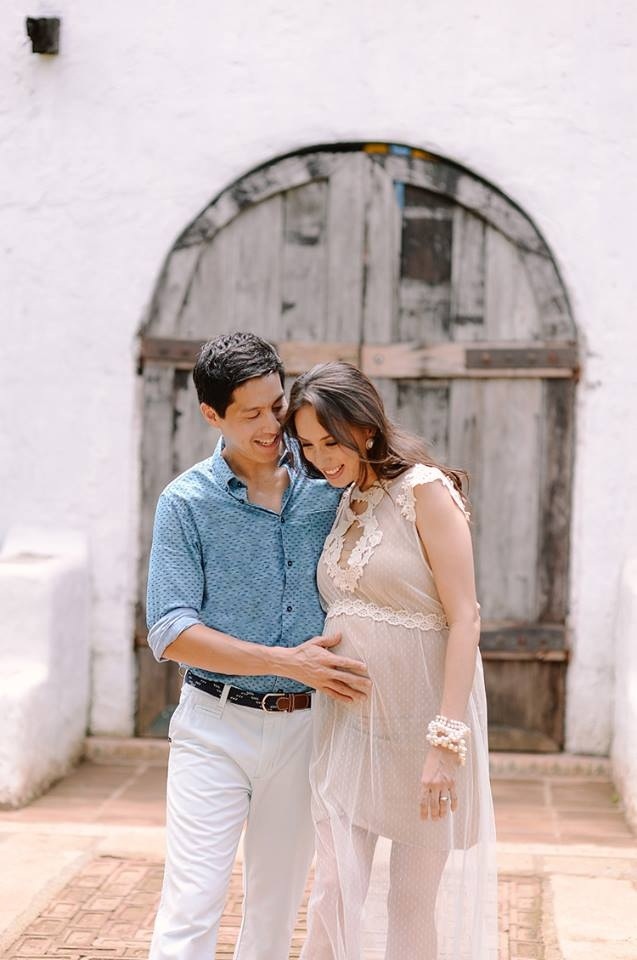