Our children know that lying is wrong and truthfulness is important. However this conviction does not kick in until they have a relationship with Jesus Christ and grow in their faith.

Yesterday morning Edan asked Edric if he could install an app on the IPad. Edric told him to wait for him to review it. (We are careful about the time spent on games and the type of games — preferably educational.) Both of us had a meeting outside of the house so Edan had to control his desire to start playing with the app. When we got back Edric found out that Edan honored his request so he called him into the room to commend him.

“Sit down, Edan, I want to talk to you… I am very proud of you for having integrity. Do you know what that means?”

Edric explained, “Integrity is doing what you are supposed to do even when no one is looking.”

I watched this dialogue from my position on the bed, while holding Catalina and feeding her.

Edan smiled at first but then his face and posture suggested that he was bothered. He began to say, “Sometimes I do things that you tell me not to do…when you are not around.”

(Yeah, like what? I thought to myself, bracing myself for his answer. What could it possibly be? Edan is a serious guy, this might be something serious. What is it? What is it?!)

Edan continued, “Sometimes I change outside of the bathroom.” And he started to cry.

Huh?! That was it?! I started to cry. My sweet son was convicted about that?! I thought of how tender his heart is.

Immediately, Edric pulled him over to hug him. “That’s ok. Thanks for telling me.”

“Is there anything else?” Edric asked.

Edan shook his head. “That’s all I can think of.”

Here’s a backgrounder: Edric had a rule about modesty. He said the kids should change in private and not run around naked. He wanted them to be gentlemen. He also wanted the boys and Tiana to take a shower separately from one another because she is a girl. The thing is, right now they share a bathroom so it’s pretty challenging to follow this rule.

Edan really took that principle to heart and he was bothered when Edric complimented him for being honest. I looked over at Edric to signal him that we need to revise that rule as “try your best not to” instead of an absolute “have to.” Otherwise, someone like Edan, who is very rule-conscious, might end up having unnecessary guilt about these things. It isn’t something major. 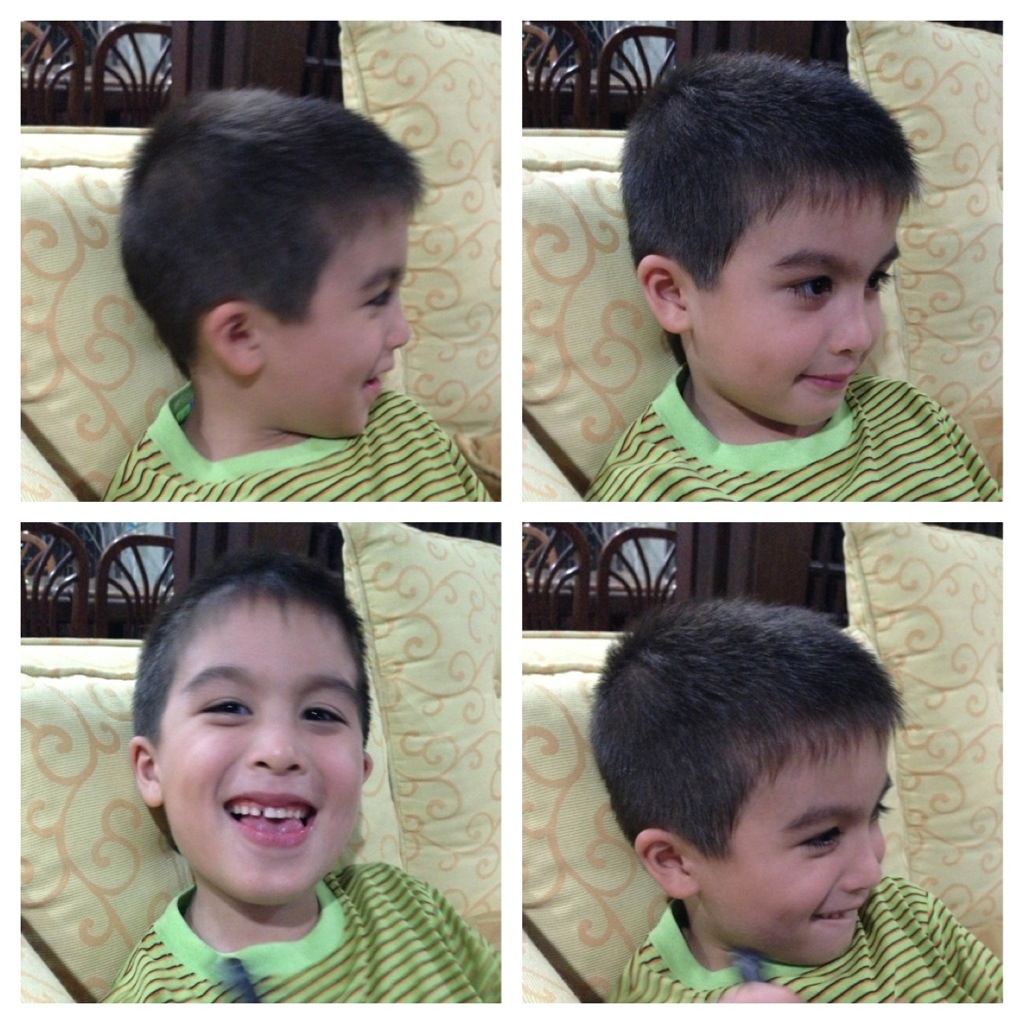 I wanted to share this story because Edan’s desire to do what is right is a mark of the Holy Spirit’s work in his life. A few years ago, he would not have been like this. He would sometimes connive and manipulate to get his way. And now he is willfully confessing his mistakes. I really believe it is because he made Jesus Lord and Savior of his life and he is growing in his faith. It is the Holy Spirit who puts in him the desire to practice righteousness. Nowadays, he admits it when his motivations are wrong and he confesses when he feels guilty about something.

It really blesses me that he has a tender conscience. He knows he can get a spanking when he voluntarily admits that he disobeyed a command. And if he doesn’t tell us we wouldn’t know. But he wants to walk in truth.

I had a parent ask me one time about a child who had a problem with lying. One of the first things I asked was, “Does the child have a relationship with Jesus?” Habitual lying in a child is symptomatic of their fallen nature. We are all born liars. The cure is to come to Christ, grow in Christlikeness, and listen to the conviction of the Holy Spirit when he tells us to change a wrong in our lives.

The bible tells us, “You are of your father the devil, and you want to do the desires of your father. He was a murderer from the beginning, and does not stand in the truth because there is no truth in him. Whenever he speaks a lie, he speaks from his own nature, for he is a liar and the father of lies.” (John 8:44 NASB)

We need to pay attention to the deeper spiritual issues in the lives of our children — the kind that cannot be cured by discipline alone. For example, I don’t think spanking is a good solution for something like lying. A child should be motivated to have integrity because they understand accountability to God and not because they are afraid of getting caught. They need to understand that God rewards those who live to please him in public and private.

When I was in college, I made some bad choices even if I had a relationship with God. I wasn’t physically pure while dating Edric. But I couldn’t live with this secret and neither could Edric. So before we got married, there was a point when we confessed our sinfulness to our parents. We didn’t have to tell them but we did. In fact, it might sound ridiculous that grown adults would do such a thing. However it was one of the best things we did as a couple. We wanted to have integrity before God.

This is a great Psalm to remind us to walk in integrity and truth (especially for leaders of the Philippines!):

O Lord, who may abide in Your tent? Who may dwell on Your holy hill? He who walks with integrity, and works righteousness, And speaks truth in his heart. He does not slander with his tongue, Nor does evil to his neighbor, Nor takes up a reproach against his friend; In whose eyes a reprobate is despised, But who honors those who fear the Lord; He swears to his own hurt and does not change; He does not put out his money at interest, Nor does he take a bribe against the innocent. He who does these things will never be shaken. (Psalms 15:1-5 NASB)

3 thoughts on “Integrity of Heart”