Edric is my best critic, in the most positive sense of the word. He will tell me very honestly how I can improve. And I need him to. He knows me better than anyone.

Most of the time, I appreciate his constructive criticism. But, when my pride gets the better of me, I tend to become defensive and act dismissive about what he has to say. Often, my temptation is to put on a verbal boxing match to defend my position or to retaliate. So it’s only by God’s grace when I am able to receive his feedback with the right attitude.

A few days ago, Edric called me after his ANC taping to inform me that he was on his way home. But he was ravenously hungry and absolutely had to stop somewhere to grab a burger. I convinced him to come all the way home first so I could go with him and buy the burger for him. He was resistant because he wanted to get one immediately but I buttered him up by saying, “I miss you, let’s go together.”

When Edric knows I really want to be with him, he will move mountains. He is very sweet like that. Plus, he liked the idea of me taking care of him because his language of love is service.

While I was waiting, I called him again to let him know that I was walking to the park with the kids. I asked him if he could swing by the park instead and pick me up from there. He agreed. At the park, I made the mistake of mentioning aloud, to the kids, that I was going to get a burger with their dad. They all wanted to come. But I told my two older boys to stay with their cousins and I would take Tiana , Titus and Catalina. They agreed when I told them I would buy them some ice cream and get them French fries.

When Edric arrived at the park, he was excited to see us as usual. The kids ran to greet him. I had Titus, Tiana, and Catalina in tow.

Initially, he didn’t mind that I decided to bring the three younger kids with us. We all piled into the backseat with him. Titus and Tiana wanted to sit on his lap so he accommodated them both. Everything was going well until Catalina started to cry really loudly and needed to be fed. So I fed her.

We were at the drive through window of the fast food restaurant in about ten minutes. I ordered a bunch of stuff for Edric and the kids. By this time, however, Catalina had latched off and was screaming. (Our nickname for her is “terrorista.”)

There I was trying to order food while holding Catalina. She was throwing a tantrum of surprisingly astronomical proportions for her tiny self. The two other kids were getting rowdy. Edric was on his phone for business but I needed help grabbing my wallet to pay. No one was helping me.

I expected Edric to notice that I was having a hard time trying to calm Catalina down and dialogue with the woman at the fast food window. But he was preoccupied with his phone. He even got snappy. “Just feed her!” So I got irritated and made some comment. Titus asked me a question I can’t remember now but my very wrong answer was, “Your dad is not helping me.” I never do third person references like that. Edric retorted with an equally annoyed, “excuse me?”

On the way back home, Edric and I were upset with one another. We were quiet. I was finally able to make Catalina relax by feeding her again but I was hurt by Edric. He didn’t even thank me for ordering and buying the burger.

I thought he had been so self-absorbed in his reaction to the situation. When we got home he brought his burger to eat upstairs. Usually, I would prepare it and put ketchup on it, get him a drink and lay it all out for him. But I left him alone.

He retreated to his computer which bugged me even more. I kind of avoided him the entire evening. When we did intersect at some point I expressed to him that I thought he was only thinking of himself.

Edric, on the other hand, told me I had to improve on being more organized. He said that if I had thought more carefully about bringing the kids along and come up with a better plan then I would not have been so stressed when Catalina started crying in the car. At first I challenged this and argued that the kids wanted to be with him. Plus, I added, “Life is not always predictable with five children. We have to be flexible…if we can’t be flexible then why have so many kids?!” I know, I know. It was a low blow. Bad move and bad timing. It just made things worse. Edric walked away.

The next day, he wanted to resolve our issue. He asked if I was willing to listen to his explanation of his actions. The narration began like this…He had a burger that he could not eat until after his tapings. (He already had lunch previously but this was going to be his snack.) So he left it in the make-up room to enjoy later. Apparently, someone had been tempted by the burger and stole it. When Edric went to retrieve it after his tapings, it was gone. By then he was starving. (Edric gets hungry every 2 to 3 hours.)

Nothing would do but the exact same burger to alleviate his hunger and frustration, and he wanted it as soon as possible. When I asked if I could go with him, this meant he would have to wait an extra 30 minutes just to pick me up first, but he was amenable to do so because he would get to be with me. He expected to pick me up in the house but I switched the plans on him and mentioned that I would be at the park and he could get me from there.

He was looking forward to a peaceful ride to and from the fast food restaurant. But I jumped into the car with three of our youngest children and an eventually-screaming-baby. The kids were all over him and he was stressed because he was wearing a shirt that he had to return to his clothing sponsor. It couldn’t get dirty. The moment when I was making the orders, he absolutely had to reply on his phone to an urgent situation.

All he wanted from point a to point z was to eat a burger he was craving. And he expected that I would prioritize his burger need and take care of it like I offered to when I called and said let’s go together.

I listened to this entire narration but I must admit that I was not that impressed at first. Still nursing my own hurt, I couldn’t help but think...a burger?! This is all about you wanting to eat a burger?! Seriously?! You got irritated at all of us because you were controlled by a banal desire to eat?!

Of course I did not say those things. It would have been disrespectful! These thoughts came and went in a matter of seconds.

Even though I wanted to challenge his perspective, I was convicted to understand where he was coming from. It was pretty awful that someone took his burger. And it was insensitive of me not to consider how important it was for him to be able to eat that burger after he worked so hard during his tapings. Furthermore, had I not insisted that he pick me up, he would have come home happily AFTER
getting his burger fix. So I suppressed my pride and apologized for not prioritizing him.

I kept quiet afterwards and just prayed that Edric would also be convicted to say sorry for his attitude and irritation. Well, he did even better. Not only did he ask for forgiveness, he asked me to tell him how I felt and what my perspective was. And he listened to me.

I really appreciated that. I know it’s not easy for a man to listen to his wife talk about how he can improve. It’s unpleasant and humbling but it does wonders for relational intimacy. Afterwards, I felt so in love with Edric again. It was so easy to forget about the burger incident the day before. As closure, we prayed together, holding hands.

Edric and I know that marriage isn’t always easy. It takes a whole lot of dying to oneself. I pray that Edric and I will not stop listening to one another. Unresolved conflicts over small things like a silly burger can compound themselves.

It’s normal to want to be right and to insist on your own perspective as more valid than your spouse’s. But you must esteem one another as more important than yourself. You must be willing to give each other the opportunity to talk openly about feelings and hurts.

Would it really be worth it to forsake one another over a burger?! Of course not!

But when I am acting in pride it’s so easy to dismiss what matters to Edric when I think that I am right. However it’s not about what is right for me but what is right for our relationship…what is right before God. I must be committed to fixing and restoring intimacy between Edric and I. There can be no room for pride. It destroys the very thing I desire most in my marriage — to be loved, cherished, and appreciated by Edric. On the other hand, when I die to myself, I experience God’s hand of blessing and Edric’s favor. The end result is Edric and I grow closer and sweeter through conflict. 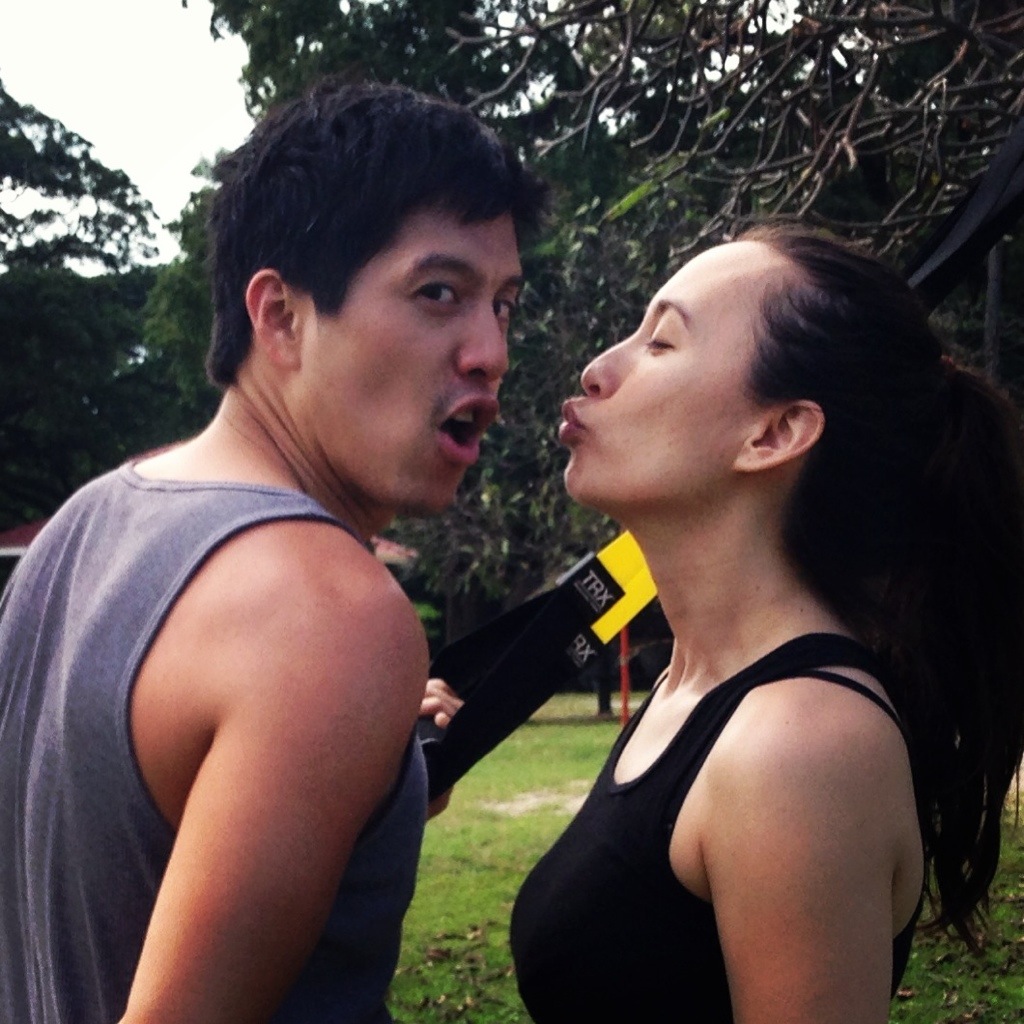 17 thoughts on “Over a Burger”