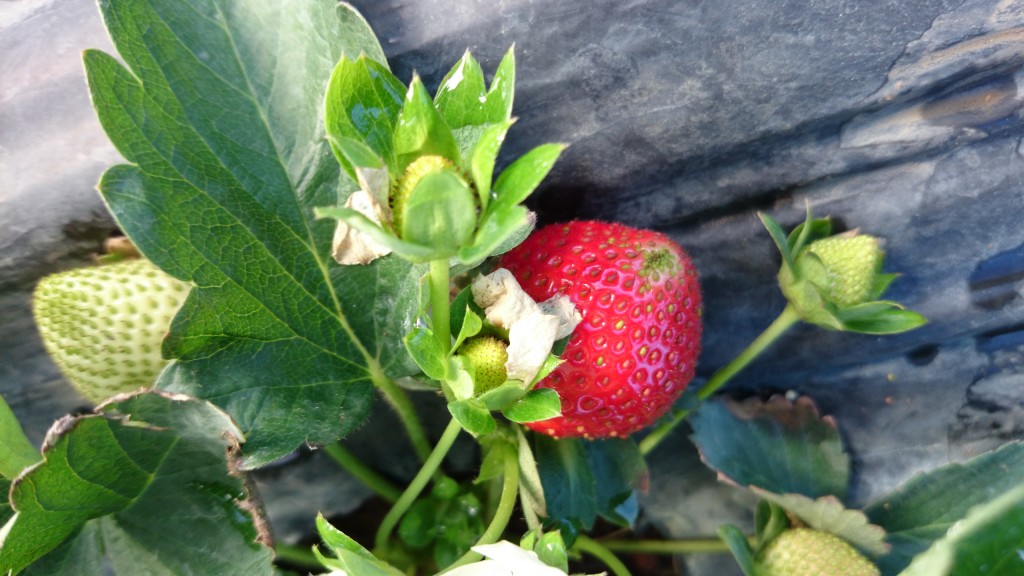 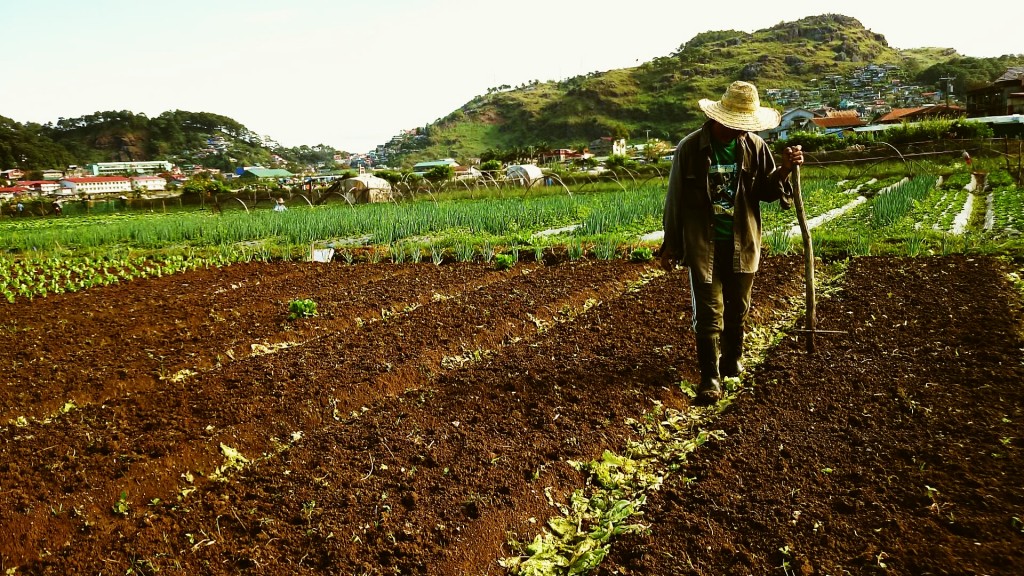 Our kids are city-bred. Unfortunately this means that they aren’t used to getting muddy and dirty. But on my birthday we brought them to Trinidad Valley (just 20 minutes from Baguio City) to go strawberry picking. 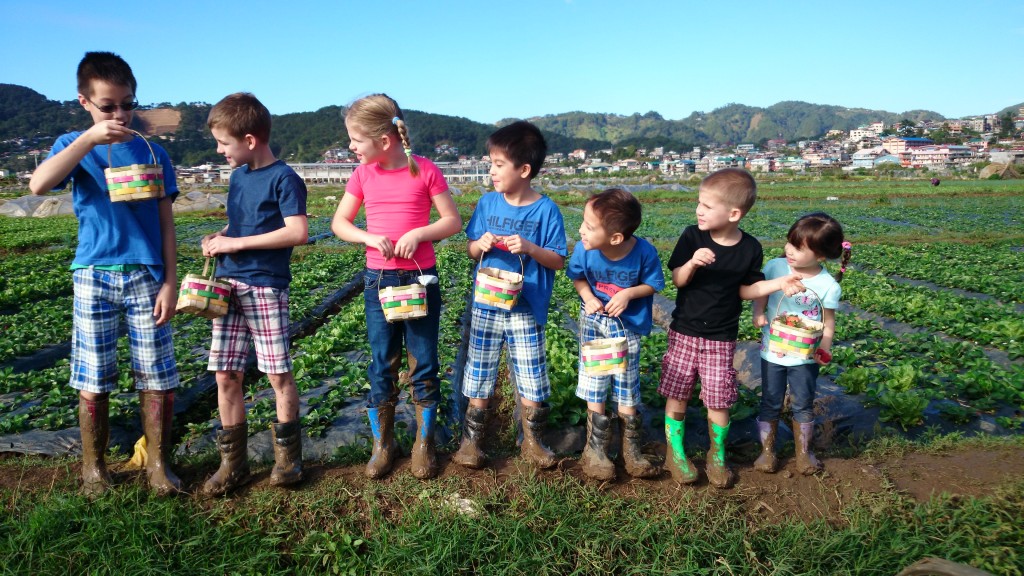 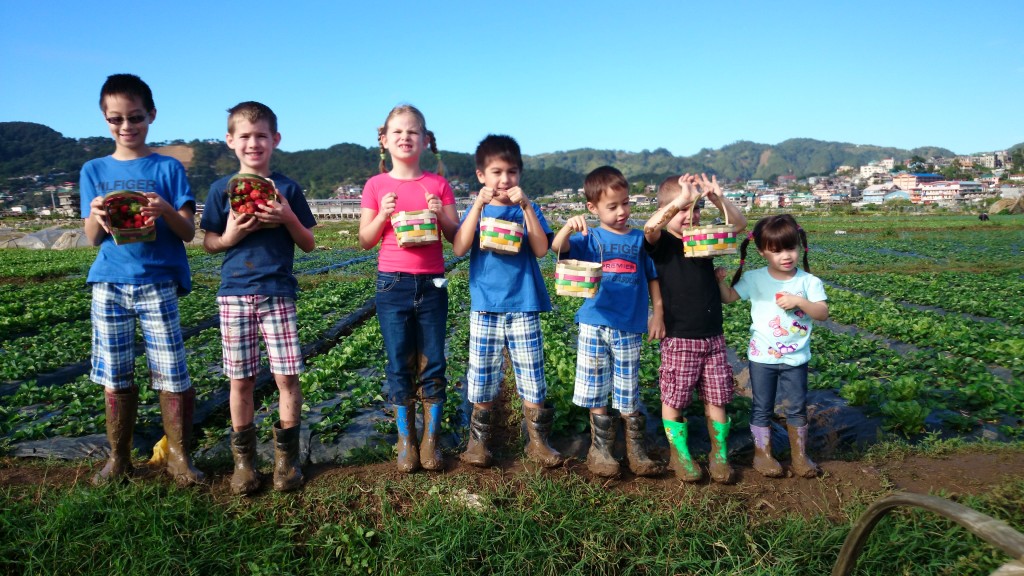 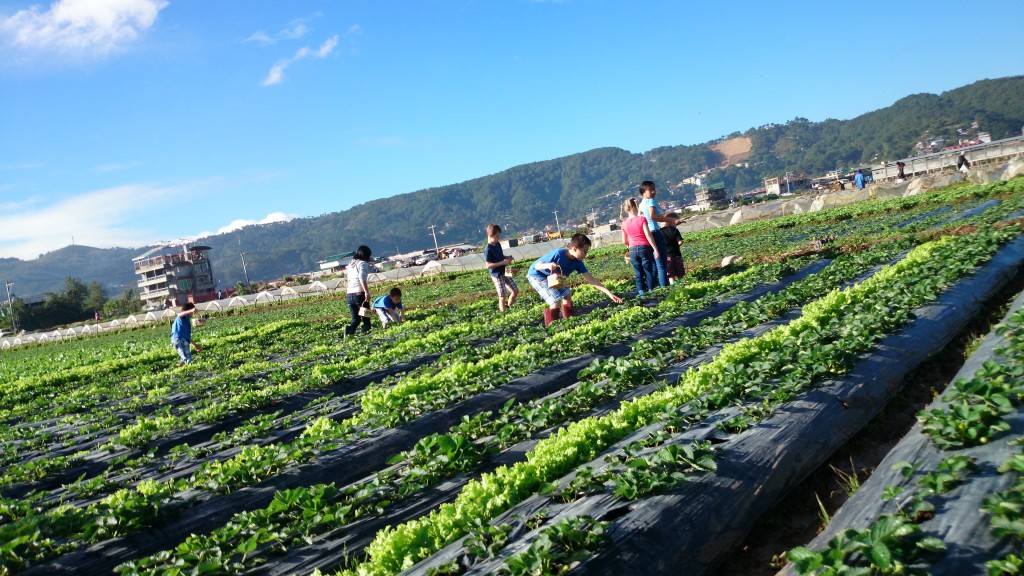 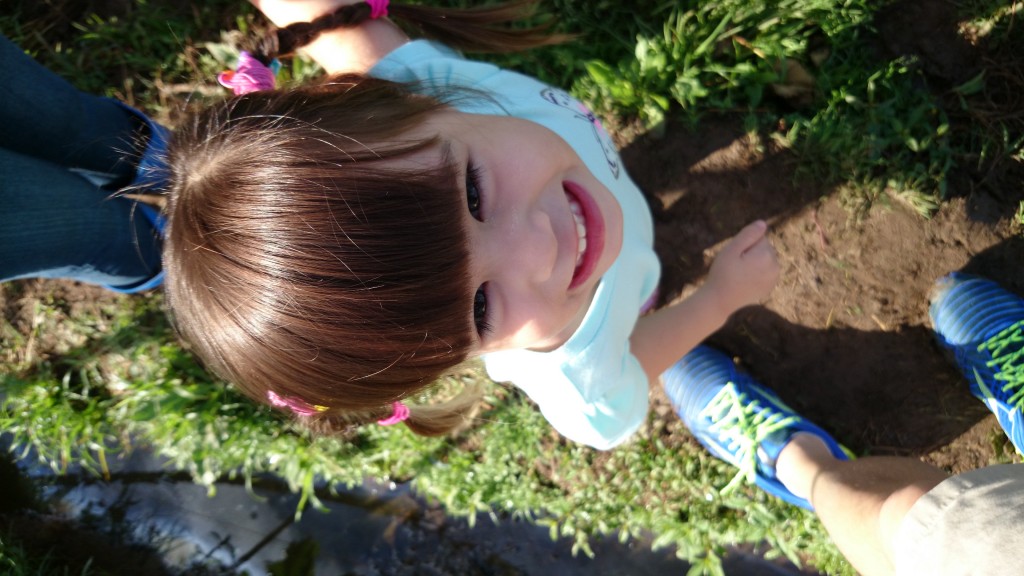 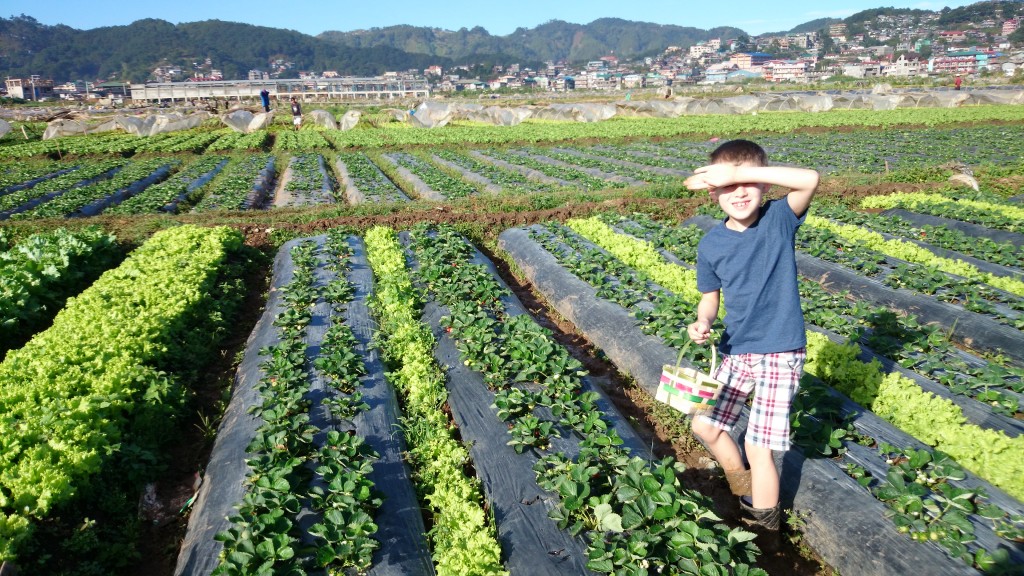 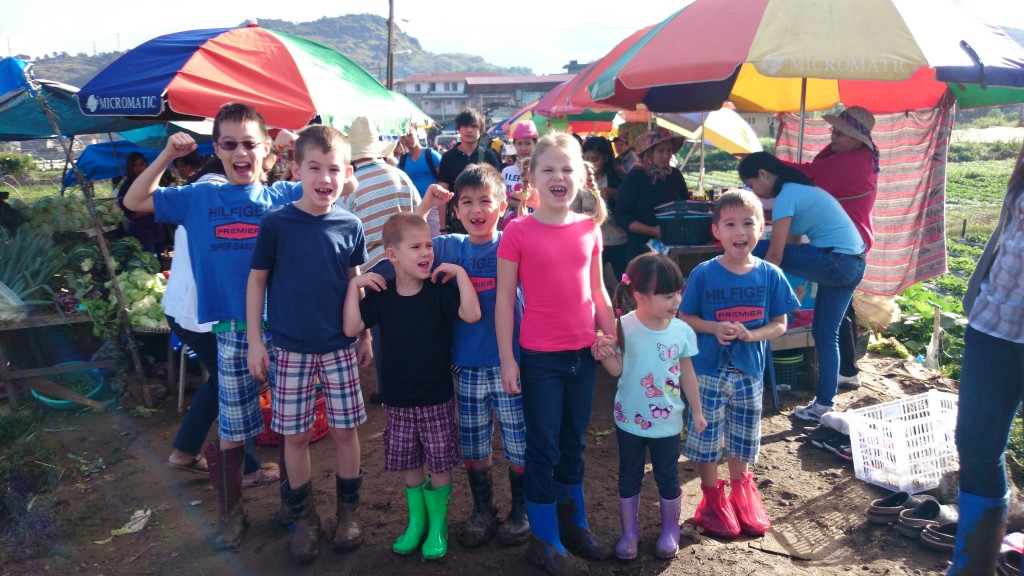 For just P300 pesos per kilo harvested, the kids could go out into the fields and pick strawberries. They were given boots and baskets. The boots were a great help, especially when they had to walk in the muddied pathways between rows of strawberries. Initially, they were squeamish and complaining about the dirt.  However, once they started finding strawberries and sticking them into their baskets, they kept going and going!

Strawberry-picking became an educational experience for our kids. We all saw the different ways strawberries were used, too – wine, taho, pastillas, jam, etc. I thought it was hilarious when the taho vendor was like, “M’am, take a photo for Instagram!”

The kids had so much fun being little farmers, we actually had to stop them at one point from over-picking. Of course, they were ravenously hungry by the end, too, which was great. There was no need to remind them to “eat their food” when we were back in Baguio City. It was gobble, gobble, gobble.