Edric and I have this “in-law” rule which we apply when we have to deal with our respective families and protect our own relationship. If Edric has an issue with my family, I front for us. And if I have an issue with his family, he fronts for me. We use statements that show we have a united front.

For example, if my family invites us to a dinner but we have our own plans as a couple or Edric wants us to do something else, I will call my parents and tell them, “I am sorry but WE have something else going on so we can’t make it.” Using WE as the pronoun communicates that we are in agreement.

The only thing that trumps the in-law rule is the husband-rule. Edric will talk to my parents or family and front for us when necessary if the issue requires him to step in. For the most part neither of us have problems with each other’s families. Both his family and mine respect our boundaries as a couple. They aren’t intrusive or demanding, which is such a blessing. Plus, I love Edric’s family like my own and he feels the same way about mine.

However, Monday night, for the first time, I was very stressed by the whole “in-law” rule. We planned to watch the new X-Men movie with my brothers, their wives and my parents. At about 4:30 PM, the idea to have dinner at Sambo Kojin together was suggested by one of my brothers. Neither Edric or I got back to him immediately because our afternoon was busy. Edric was in a meeting and I was at the grocery. We weren’t paying attention to our phones.

When Edric and I were on the way to the movie theater, he asked me to call my brother to verify the plans. All the while I thought that Edric was in agreement with the dinner at Sambo. I assumed that he had read the message and was okay with dinner. So this is what I communicated to my brother. However when I hung up, Edric told me we weren’t going to eat at Sambo Kojin. He didn’t want to spend that much for dinner.

At first I was annoyed. Why did he suddenly become so stingy about dinner? And it put me in a difficult position because I had to call my brother back and tell him that we weren’t going to join the family for dinner. The new plan was to meet them right before the movie.

After explaining the change in plan to my brother, he made a comment that hurt my feelings. He said it was “not nice” for us to go off and do our own thing if we were supposed to be spending time together as a family. I hung up on him when he said that. I was frustrated that he wasn’t getting my cue that this was about supporting Edric who was my priority. Edric was seated beside me in the car. And I wasn’t about to have a discussion with my brother over the phone about the importance of transferring loyalties to your spouse. (He knows this stuff. He would have appreciated it if his wife did the same.) My mistake was I hung up out of irritation which I had to apologize for later on.

By now my aggravation was heightened because I was in between my family and Edric. On the one hand, I knew I should honor Edric. On the other hand, my family couldn’t understand why we weren’t willing to be flexible. So I felt pressured. When I tried to bring this up with Edric and tell him that it was going to create an issue, he was dismissive about it and didn’t think it was a big deal.

He casually went to grab a burger at Mc Donald’s and asked if I wanted anything. No thanks.

My mom called me at that moment and I went to a corner to talk to her. She wanted to know why we weren’t going to join them for dinner and she attempted to convince me. It must have been a mixture of pressure, frustration and annoyance that made me start to cry. I didn’t like that this whole Sambo Kojin incident was turning into an issue. Basically, I made the request not to talk about it anymore. I let her know that I didn’t like being caught in between. And I requested that they please understand where I was coming from. I also expressed to her that I was hurt by what my brother said. I even misquoted him amidst my emotional turbulence. “He said I was being mean…” was what I told her.

Edric didn’t catch me crying because I ran off to the restroom and stayed there for a few minutes. After he bought his burger, he was like, “Tell them we can sit down with them at Sambo Kojin even if we don’t eat.”

I did this but my mom thought it would be awkward if they were all eating and we weren’t. Well I had completely lost my appetite anyway. And that was the best compromise we could think of to satisfy both sides so we headed to the restaurant.

When we got to Sambo Kojin, we sat down and started to fellowship. It wasn’t long after that my brother initiated talking about what happened. I didn’t want to discuss it at all. But he wanted closure. Personally, I was like, let’s just get to the X-men movie part.

Having to talk about it made me cry again. I felt like my brother was only seeing one angle of this incident. His personality can be so strong (like my dad’s which can be a really great thing but at that moment, I felt emotionally bulldozed). Truthfully, he is an awesome brother and we get along so well. This was more about me dealing with the internal conflict of having to “manage” both my husband’s wants and my family’s and feeling like both were somehow insensitive about the predicament I was in. I felt like an inept tight rope walker holding one of those poles to keep from falling off a thin line.

I praise God for Edric who knew I was stressed and stepped in to admit that he was the “bad guy” in all of this. He explained that he was trying to be more prudent about our spending as of late. (Like as of that same day!) After several minutes of back and forth discussion, both he and my brother finally understood where the other was coming from. They apologized to one another and my brother also apologized to me for saying the phrase, “not nice.” And I said sorry for misquoting him.

Somewhere near the meat section of the buffet, my dad lovingly took Edric aside and told him that he needs to be considerate of me being caught in between. He suggested that next time, Edric ought to be flexible. He kidded Edric and said that a dinner at Sambo Kojin was not going to bankrupt him. He could have certainly afforded to adjust so that everyone could be together and fellowship.

I praise God that Edric was humble enough to listen to what my dad had to say. He realized he had been inflexible and stubborn. He also apologized to me for putting me in an uncomfortable situation. Everyone was very understanding and accommodating of my unusual dramatics that evening. I also asked for their forgiveness for being overly sensitive.

By the end of dinner we were all in good spirits again and the bond of unity was restored. X-men turned out to be very entertaining, too (except for the more than usual violent parts which I didn’t care much for). I was thankful to Edric for sticking his neck out to clarify the issue. He took a risk by identifying himself as the source of the problem and choosing to protect me. At the same time, I appreciated my family’s positive response to conflict and their openness to discussing differences in personalities and perspectives. We all came away from the incident closer to one another.

Edric also went out of his way to make sure I had a proper meal to eat. He had Sbarro’s deliver a lasagna to me in the theater which worked out great because I love to eat while I watch a movie!

The next day, I happened to see my dad and he asked if everything was okay in reference to the evening before. He also added something like this, “Conflict is good. It’s a blessing that we can talk about these things as a family.” Furthermore he said, “When I found out that there was an issue I kept it in my ‘suspense file.’ I didn’t judge until I listened to what really happened.”

That principle got me thinking…

When it comes to the in-law rule, the husband rule, or any rule that a couple lives by when it comes to dealing with conflict with family or relatives, we need to include the suspense-file rule. Don’t judge. Give everyone the opportunity to share where they are coming from and then go for the most God-honoring solution.

Had I been more mature about it, I should have kept my emotional cool and been less judgmental…especially about what my brother said to me, the pressure that I thought my family was imposing on me, and thinking ill of Edric’s decision. These three factors caused me to go into an emotional tailspin that made me retreat into the false safety of silence. But I praise God for the more spiritually mature people around me who knew that resolving the conflict and listening to one another was the right thing to do.

Conflicts are inevitable in a marriage, family, with relatives and with others, but conflicts can also help people and relationships to grow and change for the better. 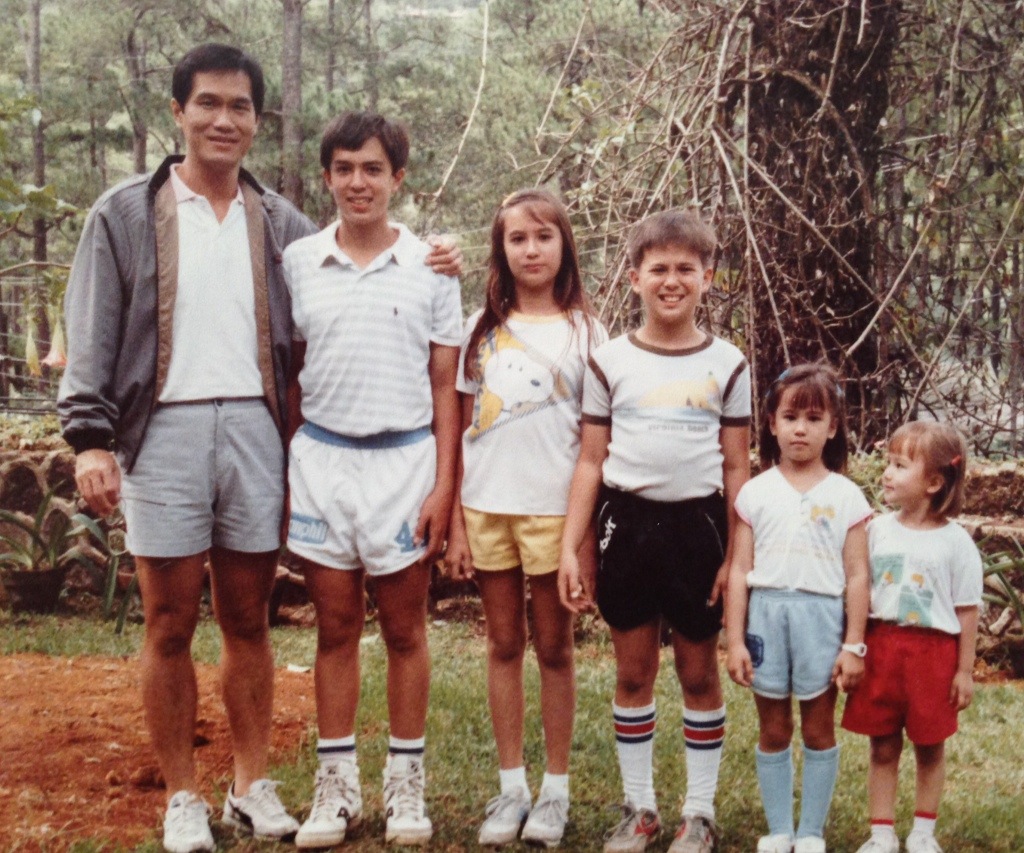 16 thoughts on “Husband vs Family”