“Where’s Edan?” I asked Elijah and Titus, who were checking out the toys in the bookstore. They shrugged their shoulders and tilted their heads in a clueless manner. Usually my three boys stick together when we are in public places. I even dress them alike so it’s easier to spot them. But Edan was nowhere in sight.

I probably would have panicked had I not ventured toward the paper section and caught sight of his very recognizable red shoe. It was sticking out on one side of a shelf. He was sitting cross-legged on the floor.

Relieved, I maneuvered my shopping cart up to him. Why was he hiding behind the bookshelf? He told me soon enough.

“Mom I broke something.” His countenance revealed embarrassment and fear.

He stuck his hand behind a stack of papers and pulled out a miniature hour glass that was bent out of shape. Its glass was cracked open, too. I suppose he had tried to conceal the thing because it had no business camping out in that dark corner where no one could see it.

“You have to tell the sales lady,” was my response. Then I turned it over. 79 pesos. Whew. I could cover for this if the store charged us.

I encouraged him to confess to the sales lady and explain to her what happened. He didn’t want to at first because he was scared. But this was necessary for his character growth — owning up to his mistake. And I added that he could ask for “mercy.”

He requested that I accompany him, which I did. We found a sweet looking sales lady to admit the accident to. She looked at Edan who held up the broken hour glass with his small hands. (I was hoping she was thinking he was so adorable.)

She went to her manager and came back a few minutes later saying, “It’s okay.” We didn’t need to buy it! Yeah! I was so happy. Edan was certainly relieved!

I didn’t know what the outcome was going to be when he made his confession. But I was glad that Edan experienced mercy. Ultimately I attributed this to God’s mercy. Edan did the right thing by being honest. Thankfully this was affirmed by the forgiveness he experienced.

The Bible says, He who has clean hands and a pure heart, Who has not lifted up his soul to falsehood and has not sworn deceitfully. He shall receive a blessing from the LORD and righteousness from the God of his salvation. (Psalms 24:3-5 NASB)

I am not saying that a person will always be exempted from the consequences of their mistakes, but at the very least, when that person admits to them openly, he makes himself right before God. And that is the best thing that can happen to him or her.

When parents tell me that their children have problems with lying, I encourage them to consider whether their child has an authentic relationship with the Lord.

The Bible reveals this, “For you were formerly darkness, but now you are Light in the Lord; walk as children of Light (for the fruit of the Light consists in all goodness and righteousness and truth), trying to learn what is pleasing to the Lord.” (Ephesians 5:8-10 NASB)

Children of God will bear the fruit goodness, righteousness, and truth. While it’s possible to struggle with truthfulness even if a person knows God, at some point the Holy Spirit’s conviction to confess will be too strong to ignore.

In the Bible, King David wrestled with confessing his immorality with Bathsheeba and his murder of Uzziah, but eventually he acknowledged his sin before the Lord and Nathan, the prophet. He lost his son as a consequence but he experienced spiritual and physical restoration.

How blessed is the man to whom the LORD does not impute iniquity, And in whose spirit there is no deceit! When I kept silent about my sin, my body wasted away Through my groaning all day long. For day and night Your hand was heavy upon me; My vitality was drained away as with the fever heat of summer. Selah. I acknowledged my sin to You, And my iniquity I did not hide; I said, “I will confess my transgressions to the LORD “; And You forgave the guilt of my sin. Many are the sorrows of the wicked, But he who trusts in the LORD, lovingkindness shall surround him. Be glad in the LORD and rejoice, you righteous ones; and shout for joy, all you who are upright in heart. (Psalms 32:2-5, 10, 11 NASB)

When I was a kid I would lie, cheat and steal. I knew it was wrong but I wasn’t as remorseful as I should have been. When I turned 9 years old, I asked Jesus to be my Lord and Savior, and I developed the desire to live with integrity. Even if I was still tempted to cover up or dodge the consequences of my wrongs, the Holy Spirit wouldn’t allow me to rest or have peace in my heart.

For example, when Edric and I were struggling with purity in our dating relationship I wanted us to tell my parents. It was a mortifying thought but Edric felt the same need to do so as well. When we did tell them it was one of the most terrifying experiences of my life (and possibly his), but God was able to take our failure and use it for good. There was the reality of shame to deal with, but we received mercy and forgiveness by coming into the light.

Did we have to tell them? I mean what kind of 23 year olds talk to their parents about something like this?! We were adults. But God made it clear that if we wanted their blessing for our future marriage, then they had to know that we struggled with purity in our relationship. When they gave the blessing for us to get married, it was with insight and knowledge of all the “facts.”

We all need to respond to the voice of the Holy Spirit when he puts a conviction in our hearts. What he asks us to do may not be easy. Often times it is the harder road to take. But we must commit to obey first and then entrust the results to God, including the consequences that may ensue.

I asked Edan why he told me that he broke the hour glass. I imagine that he was pretty nervous while he sat in the shadowed shelter of the bookshelf, contemplating what to do. His response was, “I wanted to do the right thing.”

When I followed up with “But why did you want to do the right thing?”, he answered “Because I wanted to obey God.”

Edan didn’t have to tell me. No one would have known. But because he has a relationship with the Lord, he was compelled to obey him. 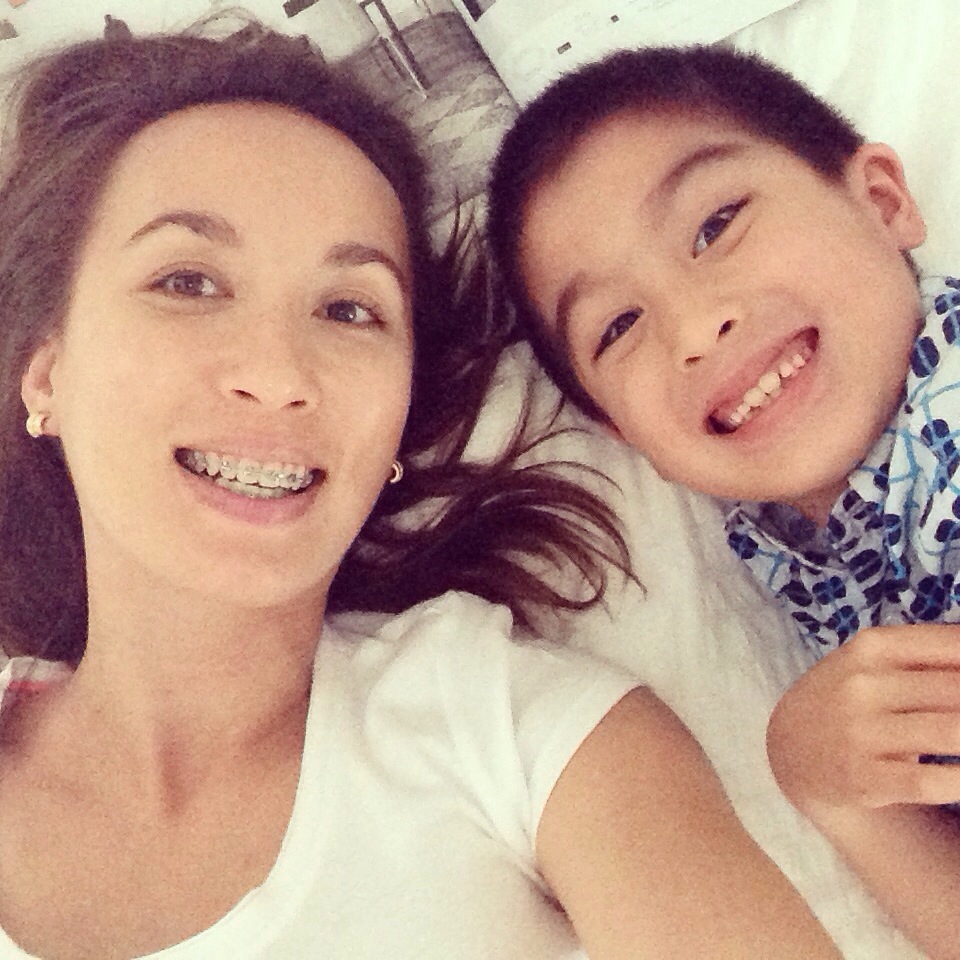 Someday Edric and I won’t be around to tell him what is right and wrong. This is true for all of our children. They must all develop the habit of being sensitive to God’s prodding now. In the future, should they commit bigger and more serious mistakes, I hope they will all have the courage to own up to them as well.

This is a value Edric and I need to teach our children and remember to practice ourselves. It’s about integrity and righteousness –the conviction to please God — in public and private, knowing that we stand accountable before him. We need to fear him more than men.

And the bonus is…God bestows amazing favor upon those who walk up rightly!

O fear the LORD, you His saints; For to those who fear Him there is no want. The young lions do lack and suffer hunger; But they who seek the LORD shall not be in want of any good thing. Come, you children, listen to me; I will teach you the fear of the LORD. Who is the man who desires life and loves length of days that he may see good? Keep your tongue from evil and your lips from speaking deceit. Depart from evil and do good; Seek peace and pursue it. The eyes of the LORD are toward the righteous and His ears are open to their cry. The face of the LORD is against evildoers, to cut off the memory of them from the earth. The righteous cry, and the LORD hears and delivers them out of all their troubles. (Psalms 34:9-17 NASB)

1 thought on “The Broken Hour Glass”