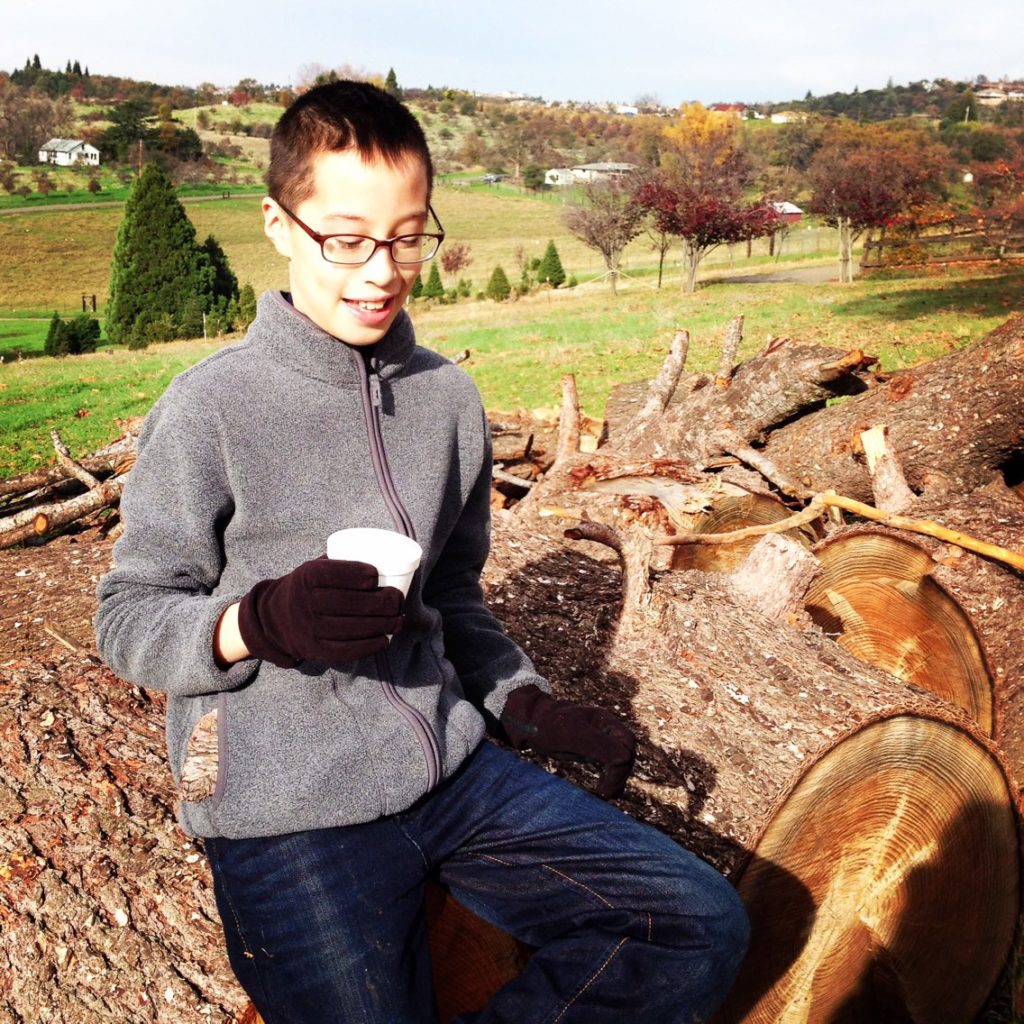 Elijah is turning twelve this month. He hasn’t experienced puberty yet but I am anticipating that it will happen soon, which kind of frightens me. When will his testosterone-driven urges emerge? Will he start getting moody? And what about all the physical changes?!

I ran into one of his friends the other day who transformed into a young man in the few months I had not seen him. His voice was husky and low, he looked a head taller, and I spied a shadowy line of hair across his upper lip.

“What happened?” I idiotically asked him. “I went through puberty,” was his matter-of-fact reply, coupled with a grin and chuckle that hinted at, Isn’t it obvious?

And it was. Obvious, I mean. Of course he went through puberty! I suppose I asked the question to remind myself that at some point I will be staring at my oldest son, wondering the same thing. I imagine that this assault on my reality will be accompanied by crying. (I already feel like crying. Okay, I am crying a little bit.)

A few weeks ago, Edric called me to his study room and pointed to his laptop where he was going through archives of family videos. We were like two addicts, hovering over the screen. I saw several videos of Elijah as a toddler. I had forgotten how high pitched his voice was. In one video he was smiling in every scene, revealing those deep dimples on either side of his face. Edric was coaching him for my surprise music video. They connived to sing their version of Chris Brown’s With You hit for my 30th birthday. There was Elijah, dressed in a hoodie, bobbing his head up and down as he vocalized the chorus, “With you, with you, with you, with you, with you…”

In another clip, he was blowing out birthday candles and shouting out spontaneous reactions as he unwrapped presents. “Yeah!” “Wow!” I remember telling him before this that he should communicate excitement and gratitude for every present he received, and he did so with such obedience, wanting to make sure that everyone knew he appreciated their gifts.

How did he become the big-footed, long-limbed, Google-humanoid who was sitting beside me on the couch, swiping through his Evernote checklist of daily activities while I wrote this post? I looked over at him as he grabbed his Singapore Math book, propped himself back on the couch, and started whistling a classical tune in perfect pitch.

“That’s a beautiful song. What are you whistling?” I asked.

“Another Gavotte? Why do you guys play so many Gavotte songs for your violin class?”

Elijah looked up from his book, and true to his Google-like capacities, explained, “Gavotte refers to a dance, an Italian dance. So different Gavottes can be composed by different people…” He didn’t mock me for not knowing that, even if he could have.

He may sound like an encyclopedia but he is still a boy, for the next twelve months, at least! But Elijah is aware that his needs are changing.

We had an interesting conversation about this that awakened me to the reality of his passage into manhood. He spontaneously told me very recently, “I need dad, mom. I really need him. I really look up to him.”

I wasn’t trying to steal the spotlight from Edric but I couldn’t help it. So I hazarded to ask, “What about me? Do you also need me?”

“Of course, mom!” He hugged me reassuringly, but then he said with a conviction I couldn’t challenge, “But I need an example, and that is Dad.” 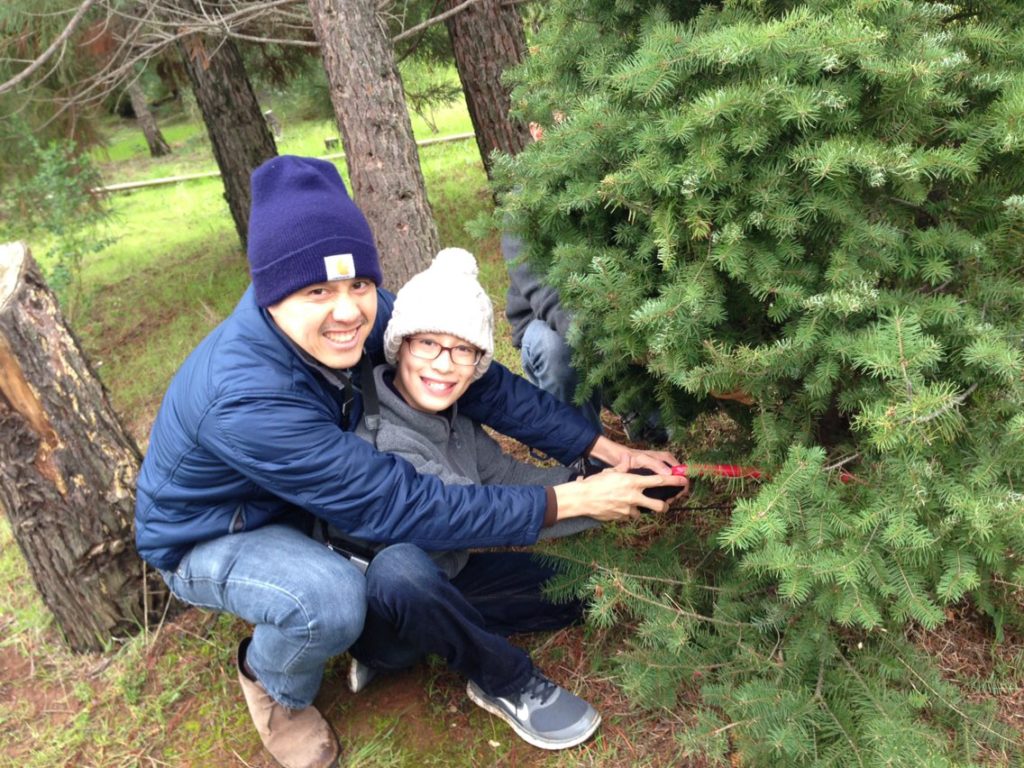 “Grandchildren are the crown of old men, and the glory of sons is their fathers.” Proverbs 17:6

Something about a father’s physical and emotional presence gives life to a boy. Masculine life. Just being around dad—watching him shave, hearing him laugh, touching his flesh—invests a son with large doses of male energy. And this emotional capital cannot be gained anywhere other than in the presence of a father. The investment becomes even more substantial when a father imparts not only emotional capital, but moral and spiritual capital as well. In this nurturing environment, a son is weighted down with a masculine anchor. He lashes his soul to masculine moorings. But this also explains why sons drift in the absence of fathers. Instead of being weighted down, they become weightless. (pg.36)

According to Scripture, every son—from an early age—must be schooled in three critical areas…a will to obey (God’s will), a work to do (according to his own unique design), and a woman to love. Lacking these elements, a son will flounder in adulthood; he will wrestle with feelings of inadequacy, incompetence, and restlessness. But armed with them, a son becomes equipped to succeed in his relationship with God, in his community and church, and in his marriage. (pg.67) 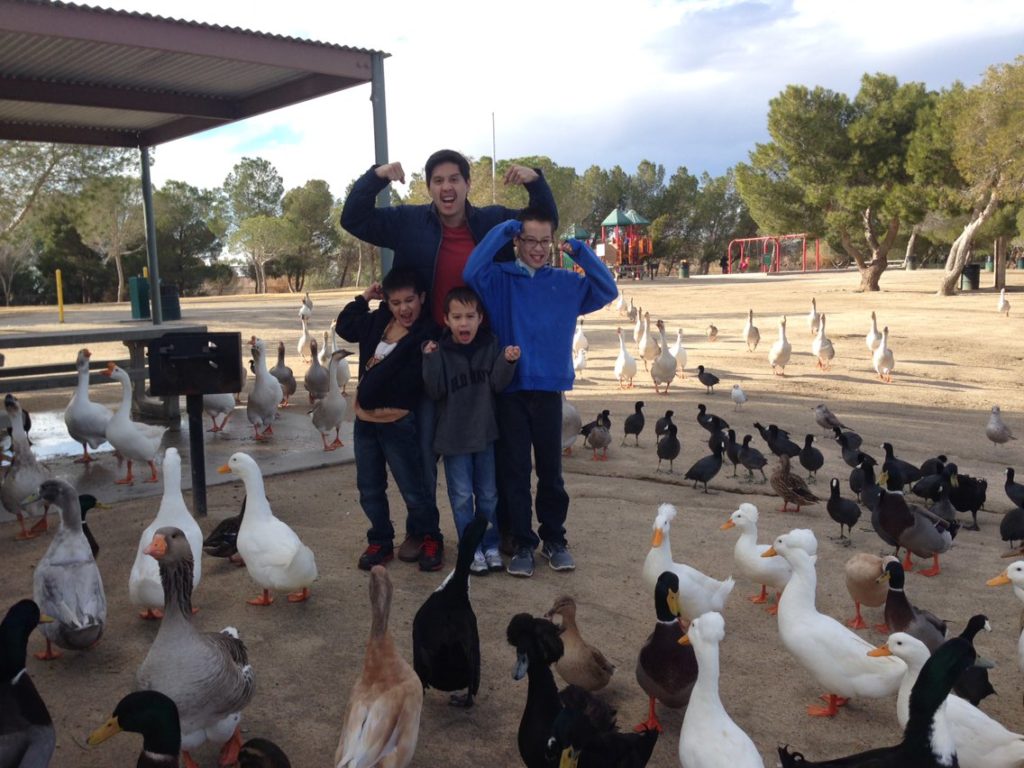 When Elijah declared his need for an example in Edric, I was overjoyed. It made me immeasurably happy to know that their relationship is as it should be as father and son. Over the last couple of years, Edric has intentionally discipled Elijah, and biblically speaking, this is his role.

Father’s do not provoke your children to anger by the way you treat them. Rather, bring them up with the discipline and instruction that comes from the Lord. (Ephesians 6:4 NLT)

However, I also felt a twinge of jealousy…just a tiny smidgen of envy. Elijah is departing from childhood, headed towards the path of manhood. Before the age of six, I was the apple of his eye. He wanted me more than anyone else. He needed me. But today, he knows that becoming the man God wants him to be will require the presence of his father more than anyone else.

In the past couple of days, I have thought about Elijah a lot. I’ve removed myself from the craziness of duty, training, teaching and disciplining to recall parenting days of yesteryears. There’s a wishing that beckons a sorrow, not of pain or regret, but of the sort that any mother would know…it comes like a longing to cradle my grown child as the baby he once was…to press my nose against that incomparably soft cheek that smelled both pure and sweet, scented by mild soap and mother’s milk…to watch the glinted eyes of wonderment when everything was new to exploring hands and feet…to hear once again that first laugh, first word, first “I love you”, and be the recipient of that first kiss…

What I would give to be privy once more to those moments where details have been swallowed up by time! For now they persist in parts, in feelings evoked by photographs, in memories conjured by sights and smells, as treasures in a heart that longs to linger in a season of passing childhood.

Sigh. The emotions we go through as mothers! No wonder why it says, Mary (in the Bible) treasured and pondered…ponder, ponder. I suppose that’s what this is…a post dedicated to treasuring and pondering upon the last twelve months of my son’s boyhood. This is me coming to terms with how my love for him must grow and mature. While I know he loves me deeply still and I love him more than ever, I must also step aside, not step away, but talk less and listen more, instruct less and mentor more, squander less and treasure more, react less and ponder more, hover less and pray more, so that one day Elijah can become the man God has planned for him to be.

But Mary treasured all these things, pondering them in her heart. Luke 2:19 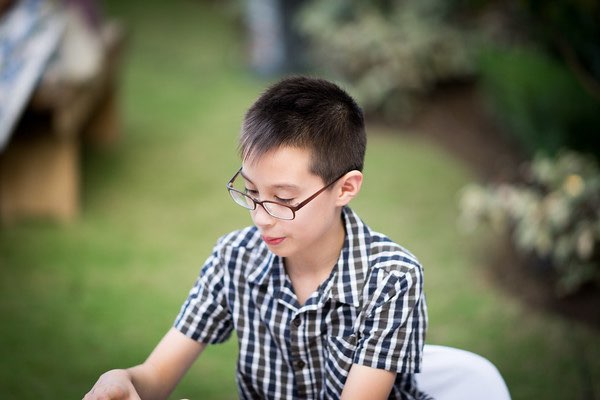 13 thoughts on “The Last Twelve Months of Boyhood”