It is always a privilege when Edric and I are invited to speak at retreats, give seminars, counsel couples, and lead discipleship groups as a team. Of course it isn’t always easy because we have young children to attend to. But, when God gives us a green light to accept a ministry assignment and we follow through with it, we come away from the experience more in love with Him, and with one another.

Why? Because ministry commits us to a common purpose, one that enriches our marriage and causes us to look outside of it. The ceiling for love feels limitless as we receive God’s love and channel it others.

In contrast, when our attentions and energies are directed MERELY towards our relationship, marriage can start to feel like an ingrown-toenail. Sounds pretty ugly, huh?

There’s no other person I would rather be with than Edric and I know he would say the same about me. Yet we also learned, years ago, that God brought us together for something much more abundant and more fulfilling than the mere enjoyment of one another.

When God brings a man and a woman together, happily ever after is not his main goal. While this is a part of it when we follow his principles, it’s not the chief end. The greater aspect is forming an alliance of personalities, strengths and weaknesses, experiences, and capabilities to serve him and display the glories of his love through a covenant relationship.

In Genesis 1 we read: God created man in His own image, in the image of God He created him; male and female He created them. God blessed them; and God said to them, “Be fruitful and multiply, and fill the earth, and subdue it; and rule over the fish of the sea and over the birds of the sky and over every living thing that moves on the earth.” (‭Genesis‬ ‭1‬:‭27-28‬ NASB)

Adam and Eve were given the privilege of bearing God’s image. They were to be His image bearers in fruitfulness and multiplication, as they filled the earth and subdued it, and as they exercised dominion over it. Through Adam and Eve, the world was to reflect the glory of God and be the blessed recipient of it.

Yet we know from Genesis 3 that Adam and Eve did not cooperate with God’s plan. As a result we are all born with the same fallen nature. While we bear the likeness of God in the sense that we can feel, reason, imagine, and create in ways that animals cannot, our spiritual genetics carry the imperfection of man’s first sinful choice. We became a corrupted form of God’s original design, separated from delightful fellowship with Him because of sin.

For the anxious longing of the creation waits eagerly for the revealing of the sons of God. For the creation was subjected to futility, not willingly, but because of Him who subjected it, in hope that the creation itself also will be set free from its slavery to corruption into the freedom of the glory of the children of God. Romans‬ ‭8‬:‭18-21

In His great love for us, God offered himself through His Son as a solution to our sinful orientation. He gave us the opportunity to become His children once again.

But as many as received Him (Christ), to them He gave the right to become children of God, even to those who believe in His name, who were born, not of blood nor of the will of the flesh nor of the will of man, but of God. (‭John‬ ‭1‬:‭12-13‬ NASB)

In order to fulfill God’s purpose to be  fruitful, multiply, subdue and rule over the earth as image bearers of His love and glory, a man and a woman must begin their marriage reconciled to God first, as His children. This is the designated starting point, the genesis of purpose.

Years ago, I made an independent decision to repent of my sins and accept God’s gift of forgiveness through Jesus Christ’s sacrifice on the cross. I asked Him to be my Lord and Savior, and I committed to live for Him. Edric did the same.

As a result, we had unity of spirit before unity of flesh. We agreed upon God’s principles for marriage, parenting, and ministry. And then we agreed to pursue these principles together, in a covenant relationship, as husband and wife.

This didn’t meant we were exempt from problems. In fact, our first year of marriage was difficult because of personality clashes. However we were committed to working it out because we knew that God brought us together in marriage. We knew he could fix our relational issues.We knew he had a plan and purpose for us to fulfill.

The Bible tells us that God “reconciled us to Himself through Christ and gave us the ministry of reconciliation, namely, that God was in Christ reconciling the world to Himself, not counting their trespasses against them, and He has committed to us the word of reconciliation. Therefore, we are ambassadors for Christ, as though God were making an appeal through us; we beg you on behalf of Christ, be reconciled to God.” (‭2 Corinthians‬ ‭5‬:‭18-20‬ NASB)

When I look back on the journey that our marriage has been, our highest highs and greatest joys have been shared in the context of serving the Lord’s purposes as a team. What a privilege to reconcile people to God through Jesus Christ; to invite them to be His children so they can bear His image and display His love to the world.

On the way home from one Saturday marriage seminar we spoke at, Edric turned to me in the car and reiterated how much he loves me, how much he enjoys serving the Lord together. The afternoon was coming to a close and we were headed to see our children. He asked me, “Is it possible to love you more?” Although he meant it as a rhetorical question, I will answer it here…

God multiplied whatever love we thought we had for each other when we stood at the altar on the day of our wedding. He multiplies it still. It’s not a love that surfaces or extends from our exhaustible and finite selves. It’s one that comes from Him, a love beyond us, so we can love beyond us. 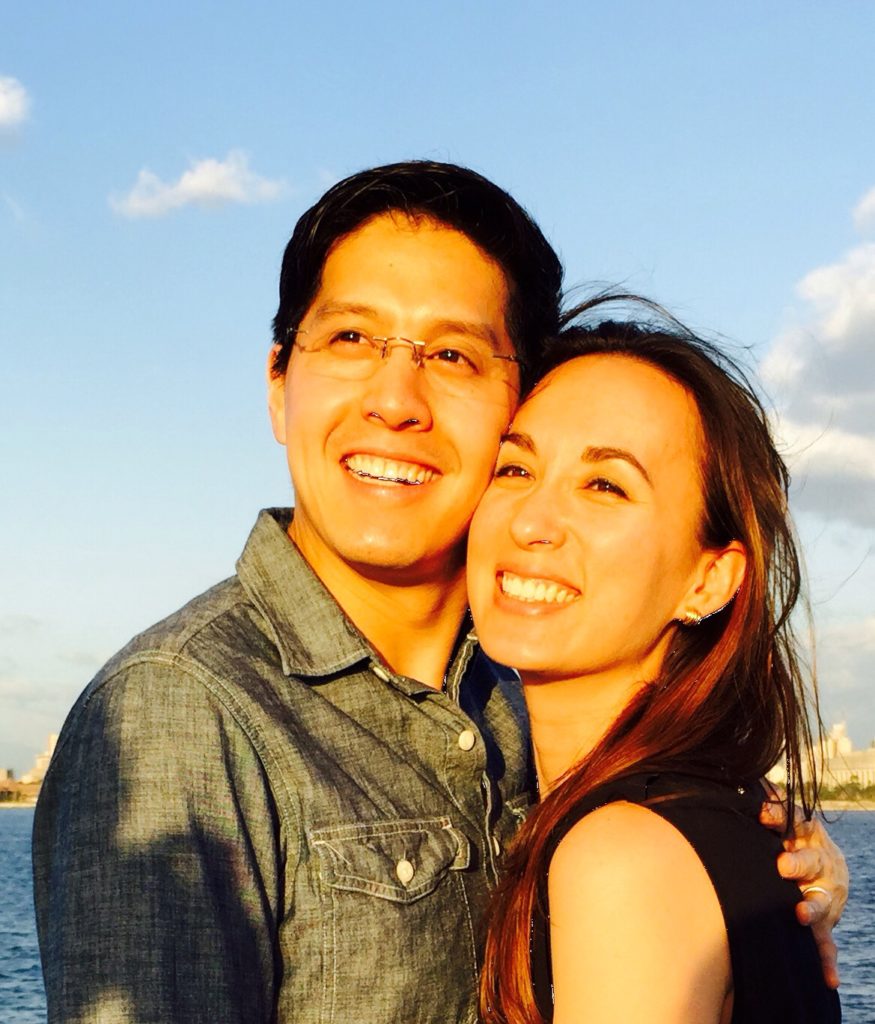 9 thoughts on “Love Beyond Us”