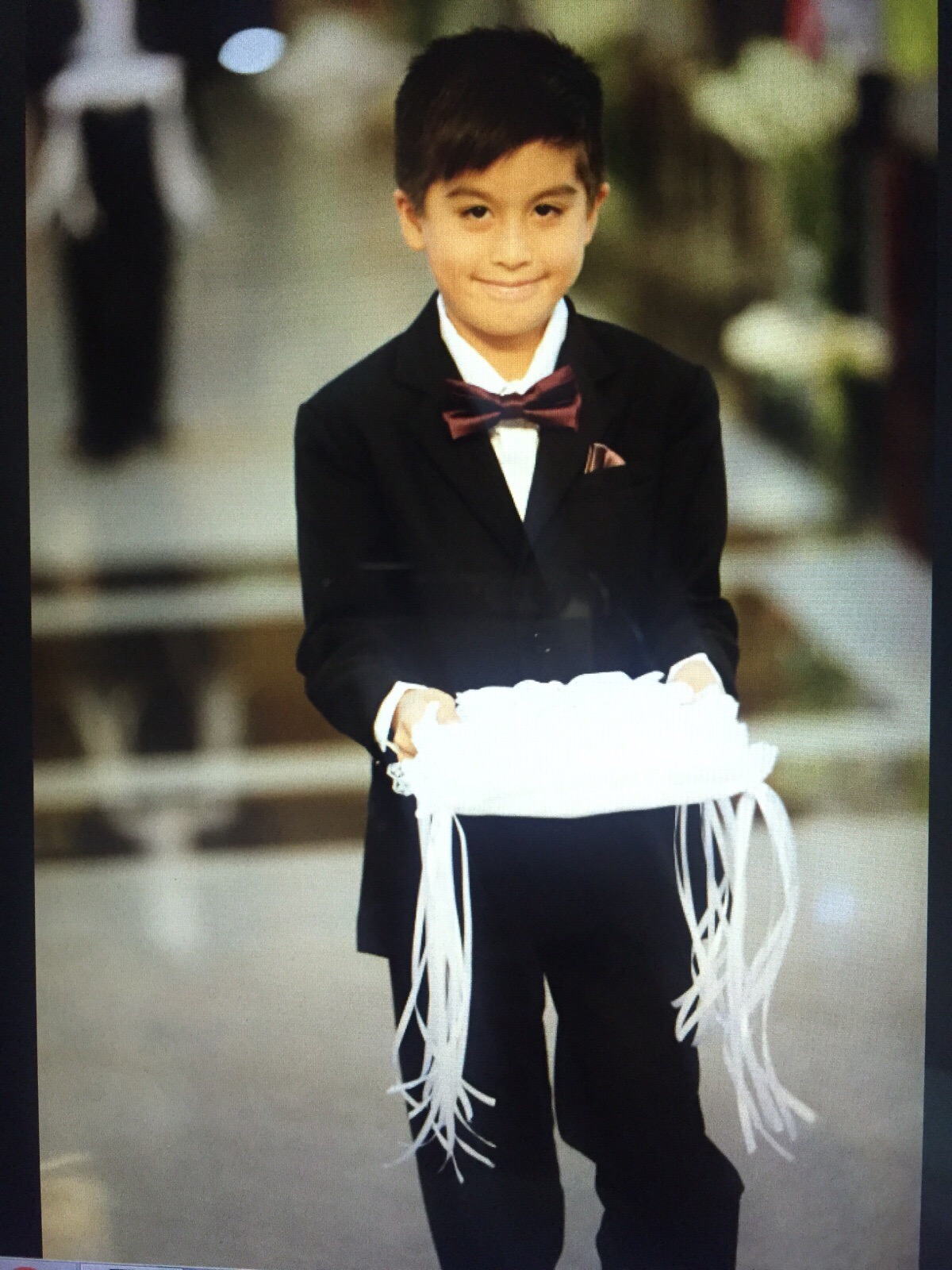 Edan, my second son, is the kind of child whose expressions and actions have to be observed closely because he isn’t a talker. When I ask him what he’s thinking or feeling, he needs time to reflect before churning out an answer.

His two brothers are very different. Elijah likes to dialogue about his thoughts and feelings. Titus will simply say, “I’m not thinking anything.” (He’s a very uncomplicated fellow.) Edan, on the other hand, needs to be pried open cautiously. He doesn’t respond to confrontation, nor does he appreciate being badgered into giving an answer to people’s queries about himself. So I’ve learned to be patient as a mother and wait for him to unfold in his own way.

Every once in a while, however, I will catch him doing something that speaks loudly about the kind of person he is. And I latch on to these occasions and treasure them because they reveal what’s going on inside his heart.

Today, at church, a friend of mine whom I hadn’t seen in a while handed each of my kids money for Christmas. (She is ninang to my daughter, Tiana, but she generously gave my other kids money, too.) All of them were thrilled. Naturally, I expected them to think of buying something for themselves.

As the service went on, I noticed that Edan pulled out a tithing envelope. He carefully tucked his bills inside them. He held on to the envelope for a while and then turned around to whisper to me, “Mom, can you put this in the tithing box for me?

Surprised, I asked him why he wanted to tithe the money he just received. True to his nature, he didn’t give me an immediate answer. But shortly after, he managed to explain, “I want to give my money to Jesus.” When I prodded him further, he added, “I can’t explain it, I just like giving to Jesus.” 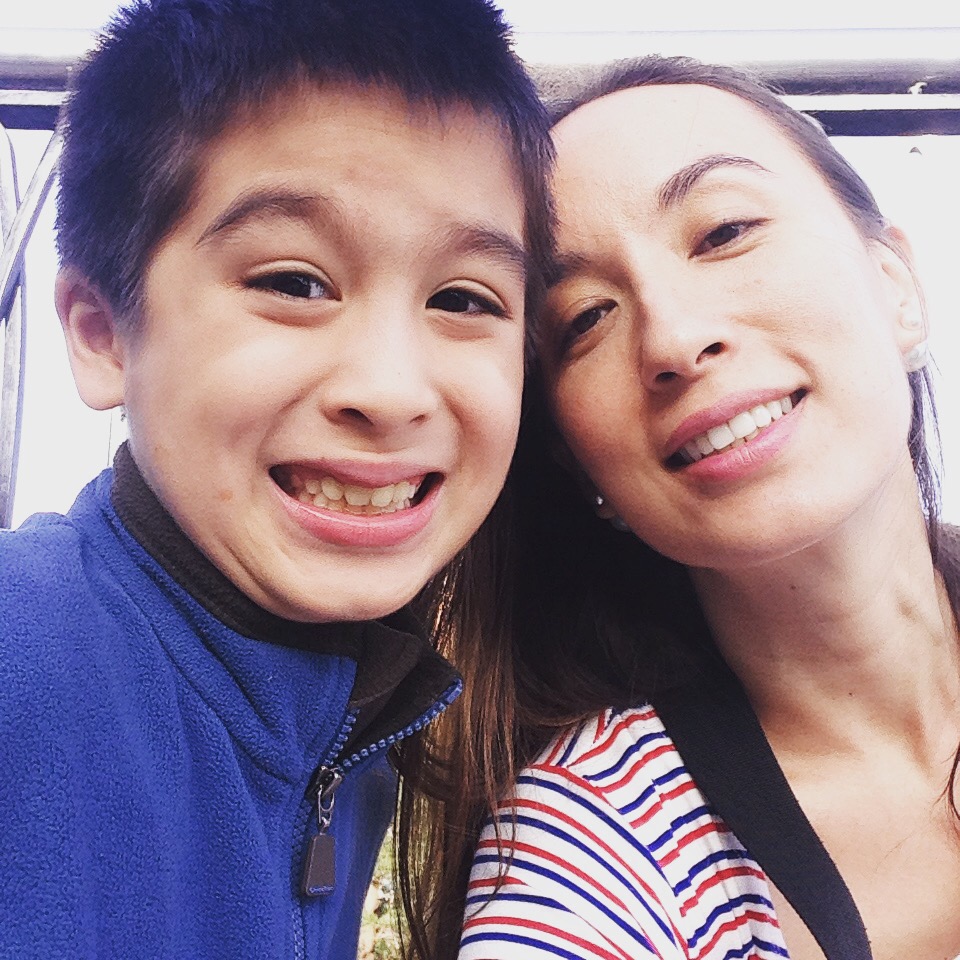 Edan is better known in our family as a keeper of money rather than a giver of it. When we play board games, he likes to hoard the cash and pile it up. That’s his default strategy to beat everyone. It doesn’t always work but he, of all our kids, seems to have this bent towards business-mindedness. I suppose this is why it surprised me to see how willingly he parted with his money. His actions appeared incongruent with his personality and he got my attention. God used Edan’s example of a giving heart to teach me three important Christmas lessons.

First, Edric and I have come to recognize that anytime our children make the right choices it isn’t because we are such great parents or because our children are extra special. We can only go so far and do so much as parents to influence our kids towards Christ-centeredness. We are fallen persons, a mix of flaws that must be surrendered to the Lord daily. Furthermore, each of our kids is unique and fragile in their own way, with weaknesses and character issues that need supernatural fixing. So the miraculous transformation that we witness in them is a testament to the way God makes something beautiful out of our mess-ups, mistakes, and missed opportunities. While I would like to take credit and say, “Yep, that’s my kid,” I am more convicted to say, “He’s your child, Lord. That’s your handprint in his heart and life. That’s Christ in him. Please complete the work you have begun in him and make him into the man you want him to grow up to be, not for me, not for Edric, but for you and your glory.” 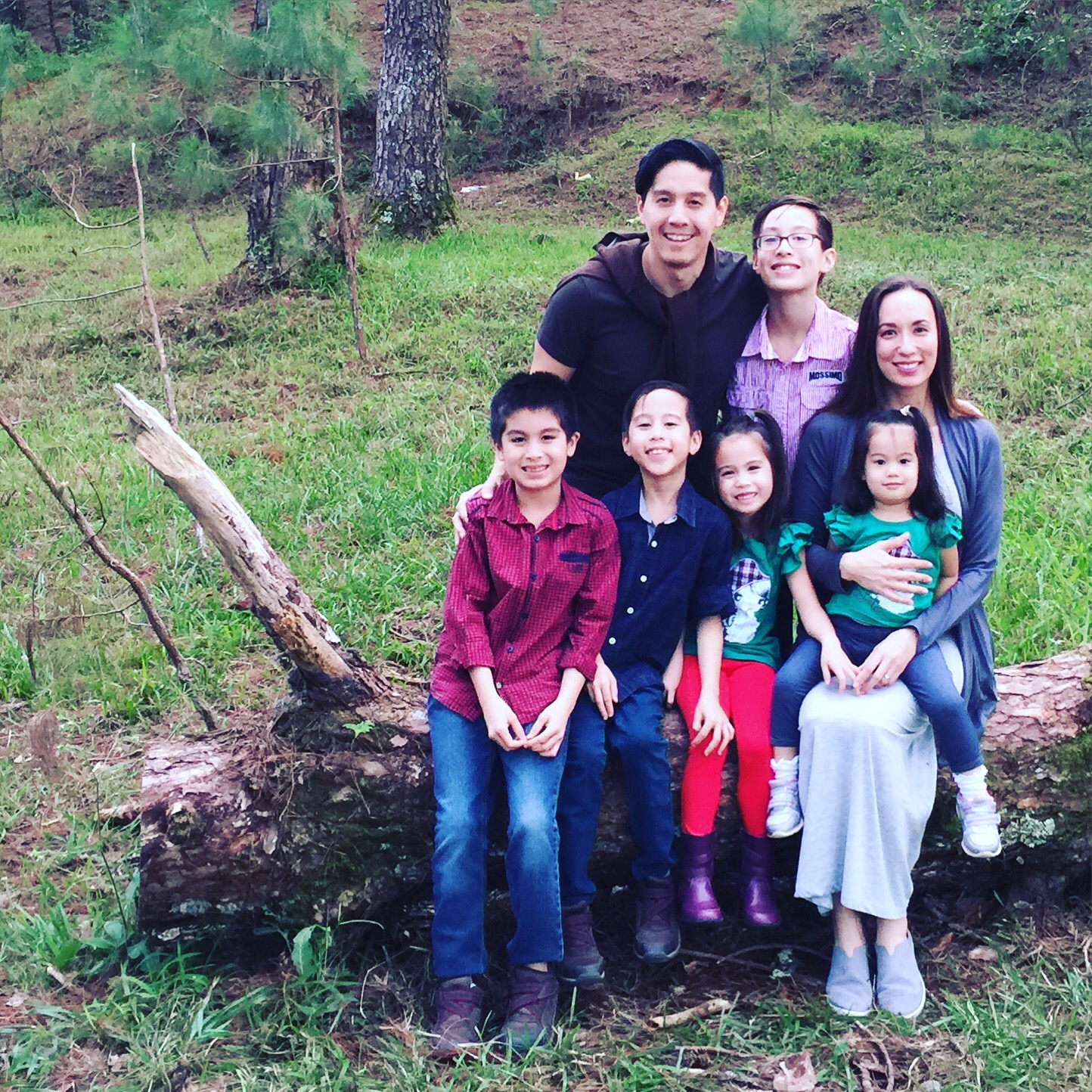 Second, everything we have been given is grace. Edan wasn’t an “official godchild” of my friend. Yet she handed him some money anyway, because she loves him as she does all my other kids. Similarly, God loves you and He loves me. He bestows upon us certain gifts, talents and abilities that speak more of who he is as a loving heavenly Father rather than how deserving we are. All of my kids had the opportunity to do something with their monetary presents, but they didn’t make the same choice Edan did. In the same way, all of us have the liberty to spend our gifts, talents and abilities as we choose. Will we keep these for ourselves or will we say, as Edan did, “Lord I give what I have to you?”

Third, the ability and desire to give what we have to God comes when we realize what He has given to us. Beyond the gifts, talents, and abilities, God sent us His Son, Jesus. Years ago, as a younger boy, Edan received Jesus into his life by faith. He understood that he was sinful and needed a Savior, and he believed in what Jesus did on the cross for him. Shortly after, it felt like Edric and I had a new child. Edan was vastly different from the previous version of himself, whom we knew to be grumpy, uncooperative, and temperamental. He became kind and tender-hearted and he developed a genuine love for the Lord.

At about the same time five years ago, Edan sang the song “Mary, did you know” before he went to bed one evening, with my younger sister, Carolyn, as his witness. They shared a room during our Christmas vacation because we were a growing family and couldn’t fit in one room with all our kids. Carolyn told me the song came to Edan spontaneously, as she turned off the lights so he could go to sleep. As she tucked him in, he said, “You know, Aunty Carolyn, I really love Jesus. He is my best friend.” 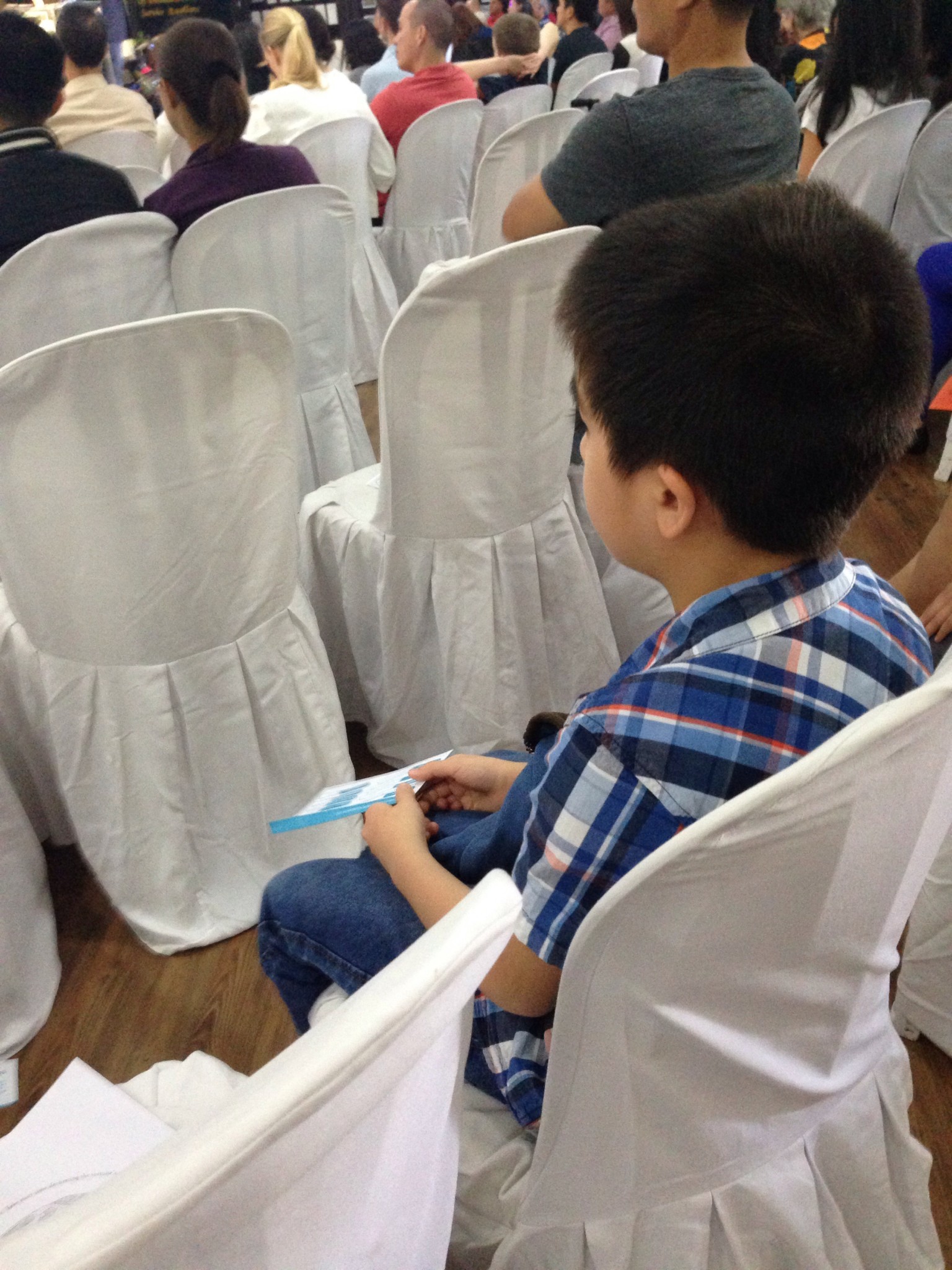 I remembered this story as I thought about Edan holding on to the tithing envelope with his little hands. When he said he wanted to give everything that he had to Jesus it came from a deep gratitude he could not articulate, one which overflowed from experiencing the gift that is Jesus Christ.

This Christmas I pray we will spend time pondering upon God’s generosity to us. May the gift of His Son compel us to present to Him the gift of a giving heart – a heart transformed by Jesus that delights to offer everything to Him in return for who He is and what He has done. 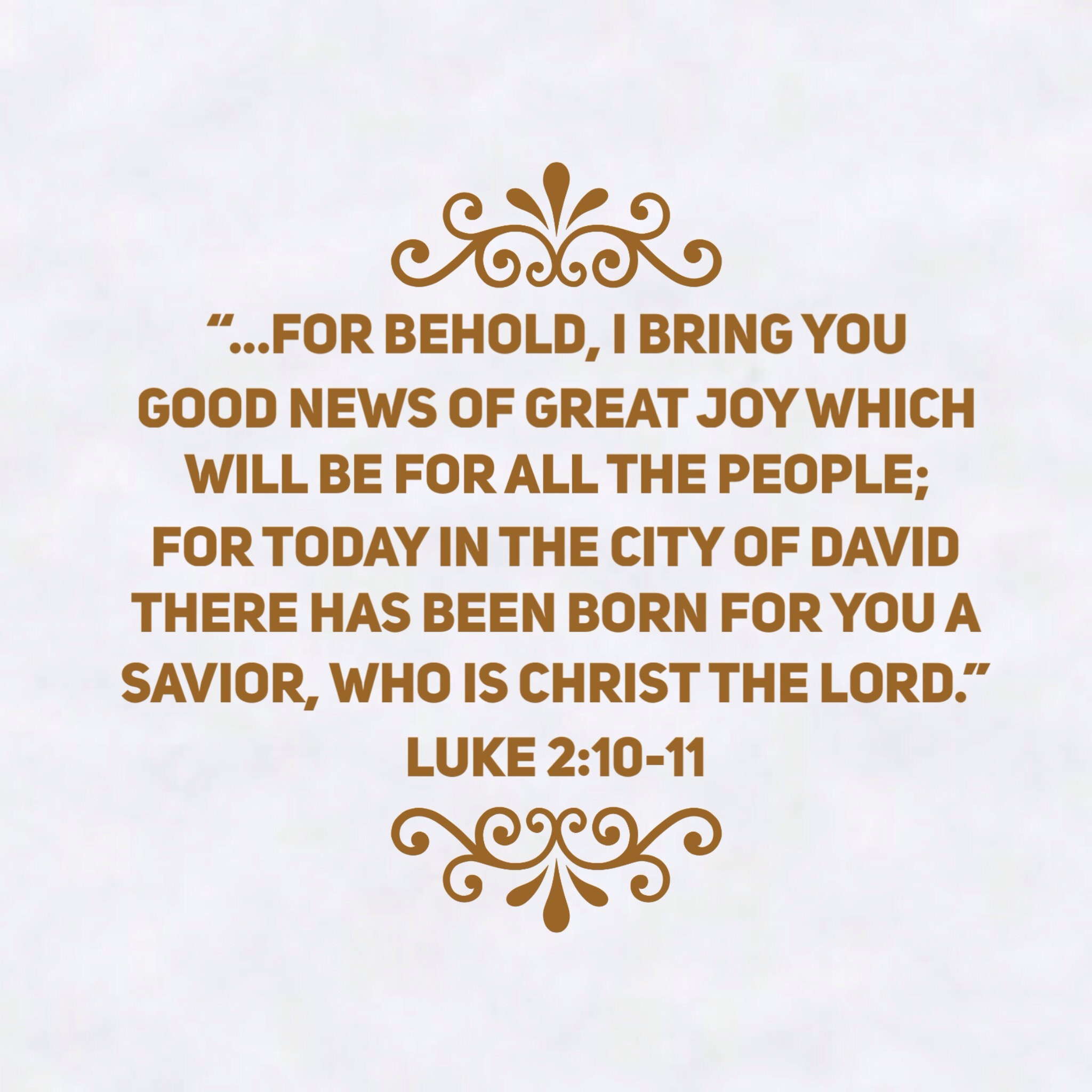 9 thoughts on “What Does My Heart Look Like This Christmas?”