Proverbs says that life and death are in the power of the tongue. Life words inspire our spouses and children towards fruitful thinking and behavior, while death words tear down, embitter and demoralize them.

These were the questions we were all asked to answer. So each one of us shared about instances in our lives, whether in our childhood, the near past, or in the present, when toxic or life-giving statements were made by family members, friends, colleagues or strangers to us. A number said that parents’ words were a source of deep wounds.

Yet I praise God that most of us applauded our spouses as the persons in our lives who have declared the most positive words to us. I personally thanked Edric for speaking two life giving statements that have meant so much to me. The first is, “I will always love you. There is nothing you can do that will change my love for you.” The other one is, “Don’t worry baby, I will take care of you.” These assuring statements mean so much to me! 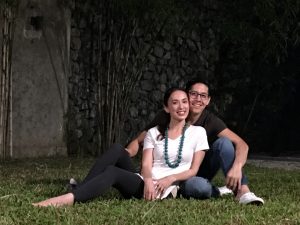 To apply the lesson on how to avoid saying toxic words, Edric taught as a simple principle — three guidelines for taming our tongues: Right word. Right time. Right motivation.

Ephesians 4:29 commands us, “Let no unwholesome word proceed from your mouth, but only such a word as is good for edification, according to the need of the moment, that it may give grace to those who hear.”

Although there may be instances when we need to correct a person, it may not always be the appropriate time to do so. As the passage explains, “according to the need of the moment.” Or, there may be occasions when we want to bring up an issue with our spouse, child, friend, colleague, or subordinate and our motivations are tainted by selfishness. Instead we are to consider whether it will bring “grace” to them. The motivation is restorative, to connect them to or back to Christ.

A few months ago, when our driver accidentally drove the rear car wheel of our vehicle over Elijah’s foot, I know Edric struggled to control his anger. As a protective father, his instinct was to lambast our driver right after the incident happened and pulverize him with criticism, even if Elijah’s foot ended up being okay. However, he thought through the repercussions of shaming our driver. Would this bring him closer to Christ? Would shouting at him testify to Christ-likeness?

Of course the answer to both those questions was, “No.” So Edric paused and denied his first impulse. Later on, in private, he had a serious conversation with our driver about how he could improve. By then Edric could speak in a calm manner while getting the pertinent message about awareness and carefulness across. Our driver, no longer rattled by his mistake, also responded to Edric’s instruction well and was extremely apologetic. Shortly after, Edric had the opportunity to share the gospel with him, which our driver openly received. I don’t think he would have been as responsive to Christ if Edric had closed the door to his heart by lashing out in anger.

I recall another incident when Edric, speaking for the first time before our church congregation, delivered a message that he felt lacked spiritual insight. He walked off the stage discouraged to face my father, who was mentoring him to be a Bible teacher. Expecting to be castigated and lectured he heard the words instead, “Good job. I know you did your best.”

My dad knew what Edric NEEDED to hear at that moment. Eventually, he looked for a teaching moment when he could advise Edric about how to preach a better sermon. However, the point is that he let some time pass so that Edric wouldn’t dwell on his discouragement. 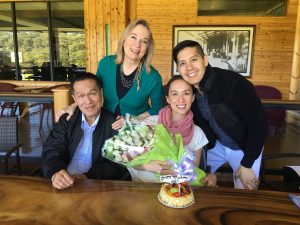 Today, God has given Edric the ability to handle His Word accurately and insightfully. He has grown to be a very good Bible teacher, and this isn’t just a biased wife saying this. I believe God has bestowed upon him a gift for communicating with people. Yet I imagine that Edric may not have pursued this path had my father spoken the right words at the WRONG time when he was mentoring him.

We may not always be the recipient of the same kind of grace that the above examples demonstrated. Some of us may have been (and continue to be) battered and assaulted by abusive speech and negative statements. So how can we safeguard our hearts and minds from the devastating effects of toxic words?

First, we need to fill our minds with truth. After Edric and I broke up in our dating stage to honor God and pursue purity, the evil one bombarded my mind with lies like, “You will never be blessed because of your past mistakes. God will not love you the same way He loves your siblings. You are a failure.” The constant theme behind his deceit was performance-based acceptance. I had to “perform” to earn God’s favor, to do penance in order to redeem myself. However, I clung to the affirming truths that I read in God’s word.

Romans 5:8 assuringly says, “But God showed his great love for us by sending Christ to die for us while we were still sinners.” A few chapters down it also declares, “So now there is no condemnation for those who belong to Christ Jesus.” (Romans‬ ‭8:1)‬ ‭

When we sincerely repent, acknowledging our sinfulness to the Lord, and cling to the grace He offers us, He promises that we are no longer condemned. Let us remember this when the evil one seeks to devour our peace and joy with his lies.

While our first response is to counter toxic words and statements with truth — also known as defense — our second response is to apply wise and grace-filled offense.

I recall an incident when one of my relatives remarked, “Catalina is dark, why is she so dark?” in reference to her skin color. It was a tactless comment intended to compare her to my four other fairer-skinned kids. God gave me the wisdom to reply, “Oh really? I love her skin. I think it’s beautiful!” I meant it, too. Instead of challenging my response, that same relative smiled and backed off.

There are people in this world who get a rise out of making comments to provoke others. I have received a number of these on my blog and Facebook Teach with Joy page that may or may not be meant to incite me. They certainly appear to be a challenge to engage in conflict. But I’ve come to realize that I cannot control what people say. The only thing within my control is how I respond.

Whenever I feel the urge to wield the power of the pen to embarrass or belittle those who hurt me with their statements, I have to ask myself, Will I honor God if my retorts are motivated by pride? Is it worth my time to battle with people who like to be combative, who are out to prove that they are right? Might it be better instead to pray for them?

If we belong to Christ, we are accountable to Him for every word that comes out of our mouths (and devices!) Instead of avenging ourselves, He encourages us to “Bless those who curse you. Pray for those who hurt you.” (Luke‬ ‭6:28)

Oh, I know that’s hard to do! But, the good news is, whenever we start to pray for people who verbally offend us, we actually develop a heart of compassion for them and we change for the better, too. This isn’t to our credit either. It’s because the act of surrendering difficult people to the Lord and elevating the issue we may have with them to a spiritual plane gives us a divine perspective. The Holy Spirit replaces our vindictiveness with Christ’s love and capacity to forgive. Therefore I believe God’s command to bless and pray for people who hurt us is also His way of shielding and liberating us from the anger and hurt we feel when we are victimized by them.

Since most of us live in community with others, we are bound to hear negative statements, accusations, and unkind things said about us. If there is room to improve then let’s humble ourselves and do so, but if these judgements are false and baseless, then let’s be reminded that we are precious to our Heavenly Father. If no one ever affirms us as special and important, He certainly considers us as such. When words hurt us we don’t have to retaliate or carry these hurts into our relationships. The truth of God’s love for us should anchor us so securely that we can speak life words into the hearts and minds of others and respond with wisdom and grace when people verbally attack us or put us down.

17 thoughts on “When Words Hurt”