Last Thursday, Edric and I were fairly upset with one another, judging the other as selfish and inflexible. Edric assumed that I would wait for him at a certain restaurant even if he took longer than he said he would to come back after a meeting.

However, I it was hard for me to wait because the kids and I were already done with lunch. I had to send them off, plus I didn’t want to unnecessarily occupy space in the resto since it was starting to get crowded and people needed tables. So I had Edric’s lunch packed for him, thinking this was a good option since I could bring it to his office.

However, when I brought the lunch to him he wasn’t happy that I left my place at the restaurant. He expected to be able to come back to me and have a relaxing lunch after his meeting. There wasn’t any spot in the office to eat at either which I should have taken into consideration. However, he expressed his frustration in a way that sounded entitled to me. (Yes, I was being judgmental.) So, I let out a sentence that was disrespectful, accusing him of thinking only of himself and what’s convenient to him. Naturally, he pulled the take-out bag from my hand and walked away saying, “I will take care of myself.”

The conflict began from such a small thing but it continued to disturb the both of us for the next two days. Although I apologized to him Thursday night for my disrespectfulness, I didn’t sense that our reconciliation was genuine. Both of us were preoccupied with talks to prepare and activities which made it difficult to sit down to have a drawn out conversation to resolve what happened.

Finally, on Saturday morning, Edric motioned for me to sit beside him at the dining room table where he was busily working on his Harvard education course homework. We had an hour to get ready before leaving for another parenting talk we were scheduled to give so I didn’t think the invitation to settle our conflict was going to get us very far. At the same time, I felt like it would be hypocritical of us to stand before an audience to talk about biblical principles for the family in the state our own relationship was in. The attempt to discuss our views and how one another ought to improve turned into a tiresome exchange that left us feeling more hurt. I ended up in tears.

With thirty minutes left on the clock, Edric stood up from the table and announced, “I know what this is. Come with me…”

He took my hand and ushered me to our bedroom where he encouraged me to lie down. “This is obviously a spiritual attack. I know what you need,” he went on.

Then he took me in his arms and just held me close. Despite my ill feelings toward him, I welcomed his gesture because there was real sincerity on his part. His countenance had softened, his tone was gentle. It seemed safe to lay in his embrace.

He stroked my hair and cheek, adding, “At the end of the day, you are really just a girl, standing in front of a boy, asking him to love her.”

(For those of you who remember Notting Hill, Julia Roberts made that statement to Hugh Grant in an attempt to win back his heart.)

Edric sensed that his assurance and tenderness was my real need at the moment and not a board-room, point by point discussion at the dinner table. In contrast to the unproductive thirty minutes at the table and two days of bandaid approaches to solve our issue, Edric won my heart over in the five minutes of just holding me and telling me he loved me.

We apologized to one another and extended forgiveness, and all was well between us again. Edric prayed for us, too, so we could humble ourselves before the Lord. Soon after we were out of the house and on our way to the parenting talk with our five kids in tow. By God’s grace we delivered the biblical principles with a good conscience and integrity.

I learned something about myself that morning. Although I consider myself pretty tough emotionally, I need sweetness and tenderness from my husband. 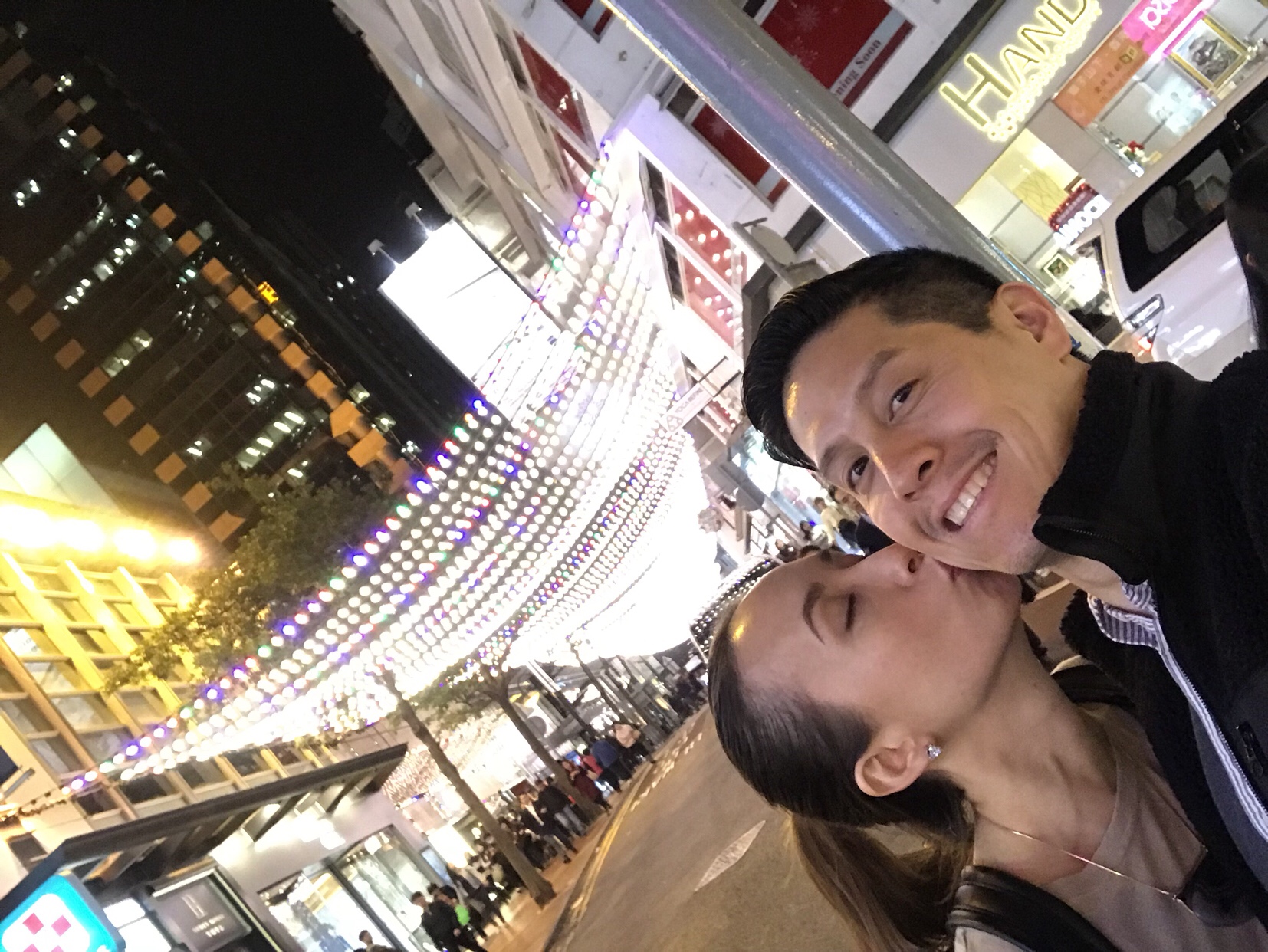 “You husbands in the same way, live with your wives in an understanding way, as with someone weaker, since she is a woman; and show her honor as a fellow heir of the grace of life, so that your prayers will not be hindered.” (1 Peter 3:7)

We are more delicate as women. This “weakness” that the passage above refers to has nothing to do with being inferior in essence to a man. But we are different. We need to be treated more thoughtfully. It doesn’t mean we don’t have it in us to bear up under pain or difficult circumstances. Hello. We give birth and raise children, and endure torturous sleepless nights dutifully. We can be physically and emotionally strong if a moment calls for it. We can move past heartaches and offenses. We can train our bodies to achieve superior endurance and athleticism.

However, in the context of a marriage, God tells a man, HANDLE YOUR WIFE WITH CARE. Your wife has given herself completely to you — heart, soul, body, and mind. She has made herself vulnerable to you by choosing to follow you, submit to you, respect you. Don’t abuse this trust.

Praise God that there is mutual honoring in God’s design for husband and wife! God asks us to submit and respect our husbands but he is also protective of us, as women, and is mindful of our needs.

When Edric chose to be understanding towards me, demonstrating this when he lay aside what he thought was the sensible way to resolve a conflict in order to consider a softer approach, he won my heart over. As the man, he had the power to effect this, and he wielded strength with wisdom, inspiring a responsiveness in me that wasn’t present earlier that morning.

As wives, we have a part to play as well when conflict resolution is initiated by our husbands. When they put effort into being understanding, we should not harden ourselves in response, rejecting the gesture because we refuse to lay aside the hurt. Instead we should reciprocate with humility, acknowledging where we can change and improve, too. Reconciliation involves both parties humbling themselves.

On the one hand, Edric could’ve kept using the more objective approach with me as he tried to fix our issue with one another. However, what proved to be more effective was the sweet and gentle approach.

I know this is much harder and out of character for a man to do, but it works! 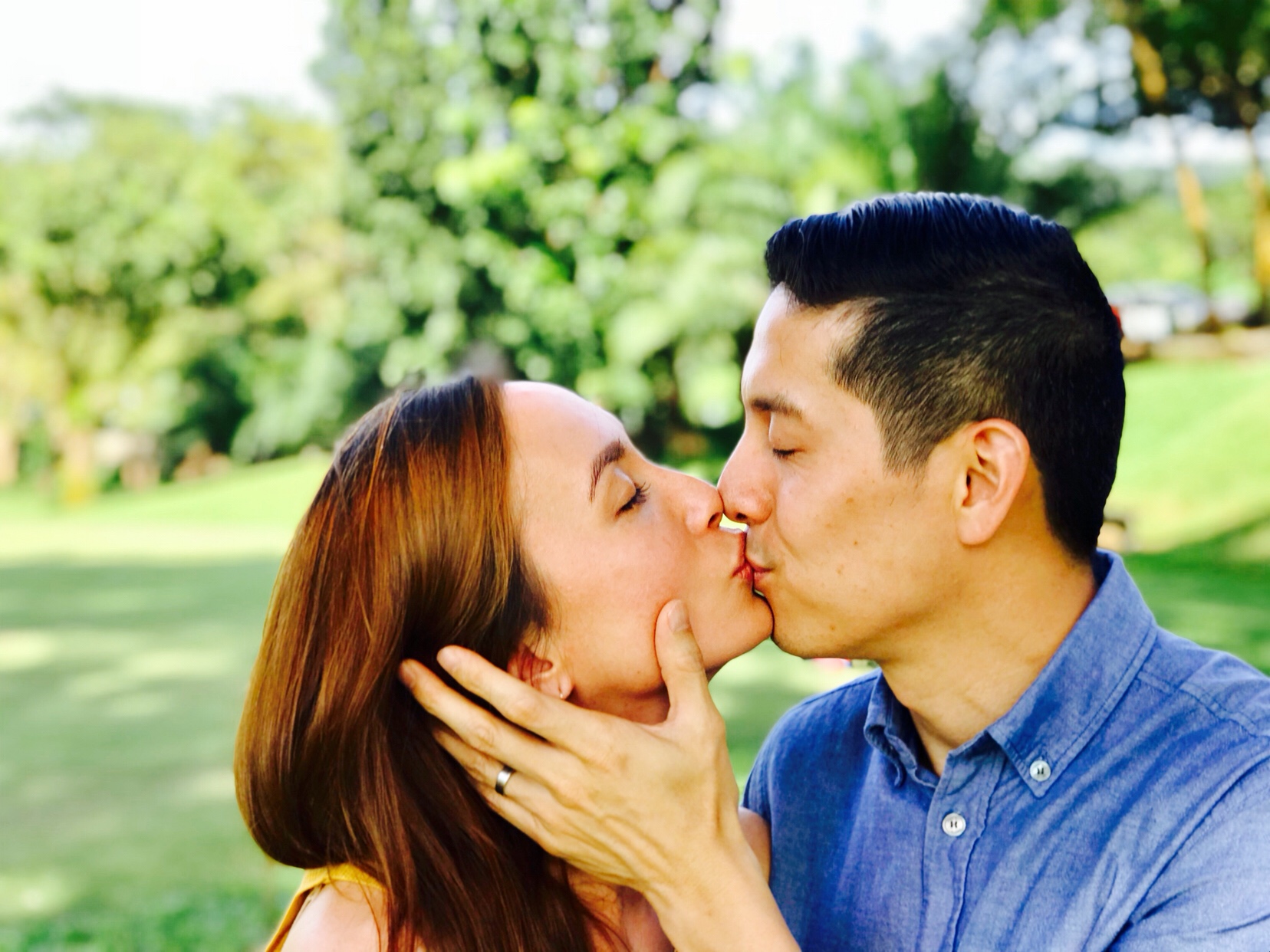 4 thoughts on “What Works With a Woman”