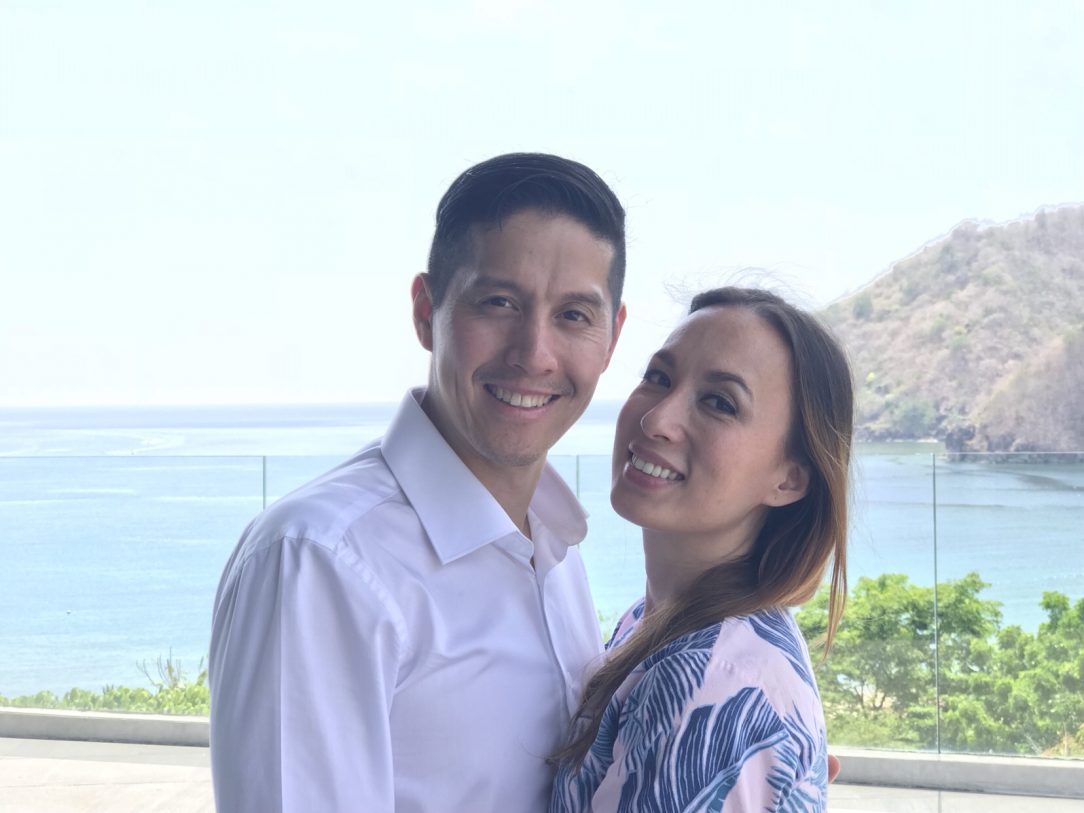 Edric asked me that question two days ago. I was quiet. We were on the Emirates flight to Dubai to speak at a Homeschool Conference for Homeschool Global Middle East. It didn’t seem like the appropriate time to have so private a discussion with people around us. But, I thought long and hard about his question, especially since it was obviously coming from a place of hurt on his end.

He wanted to know if I respected him because I had been countering his decisions as of late, meeting our discussions with a challenging tone. For example, when he asked the kids to memorize their recent Bible passage, Psalm 1:1-3, I didn’t want to do the actions like he was making the kids do. In my mind, having to come up with movements to memorize the passage was childish. I could memorize the passage without doing the actions. However, my mistake was disregarding Edric in front of the kids and belittling his idea. I could’ve expressed my opinion in private, afterwards. Naturally, Edric felt slighted and upset with me. And of course, doing this made our bible study tense, and I wasn’t a good example to the kids.

This instance, as well as a couple of others, made Edric feel like I didn’t hold him in high regard as a leader, that I doubted his capacity for sound judgment. As much as I wanted to defend myself, the truth was, I had not been respectful of him. My tone had been negative and combative, and Edric didn’t appreciate that.

And Edric was right. I had not been respectful of him in the past few days. Why? Well, it was primarily personality differences that irked me.They were small things, and nothing having to do with morality, but because I started to nit-pick as a wife, I was looking at EVERY LITTLE THING wrong with him (different than me) so I could excuse my own ungraciousness.

Today, at breakfast in the hotel, when he tried to bring up the discussion again, I still struggled to admit my wrong. I retaliated by saying things like, “Are you asking me about respect because your idea of a wife is someone who says yes to your every decision and just agrees with you, with a smile all the time? Because I’m not like that. I am thinking-kind-woman (that didn’t sound very smart), and I that’s one of the reasons why you married me, right?”

Even though there was some validity to my point, it was the way it came across. I was aggressive and defensive. Edric, in the meantime, was the calm one.

The discussion was left unresolved. Edric was disappointed by my resistance, and I felt irritated with his “demands.” It felt like Edric was trying to force-fit me into this mold of womanhood that I didn’t think I fit into, that I didn’t think was reasonable. And he didn’t feel like I got the point of his perspective. The real issue was my tone and my manner. It had nothing to do with his respect for me as a woman, a person, or his value of my opinions.

Since Edric and I had to prepare for our event, we agreed upon a pause. In the meantime, I prayed and aired my frustrations to the Lord, and ranted to him. Thankfully, God never lets me get away with bad attitudes and un-Christ-like thinking.

This is when I discerned the Lord telling me…When you are disrespecting your husband, you are really disrespecting My Word and My Truth.

That thought struck me.

Whenever God makes it about Himself and me, turning the focus away from my issues with Edric, spiritual sensibility starts to kick in. It’s as Proverbs declares, “The fear of the Lord is the foundation of true knowledge, but fools despise wisdom and discipline.” (Proverbs 1:7)

When I am resistant to being the kind of wife that Edric hopes for me to be and longs for me to be, it’s evidence of a rebellious streak in me. The truth is I don’t want to be told what to do, and that’s not a good thing. It’s not really rebellion to Edric, either. That’s the scary part. At the end of the day, Edric is a representation of God’s authority in my life. Therefore, it’s really me being defiant towards God when I don’t respect Edric.

James 3:17 explains, “But the wisdom from above is first pure, then peaceable, gentle, reasonable, full of mercy and good fruits, unwavering, without hypocrisy.” When Edric and I were dialoguing, and trying to come to a point of resolution, I was spinning the situation, and diverting from the real issue. I wasn’t pure in my thoughts, nor peaceable or gentle. I was judgmental and combative.

Edric was trying to open up his heart to me, to be vulnerable. He was very honestly asking, “Babe, do you really believe in me? Do you really hold me in high regard? Because I long for that.” In fact, he even added, “What will make you respect me? How can I earn your respect?”

When he sincerely expressed how he wanted to earn my respect, I realized once again how much it meant to him. If I wasn’t going to willing and gladly give this him, where would he end up looking for it? Who else had the opportunity and privilege of affirming and encouraging his leadership? This is supposed to be a role that I embrace as his wife. He shouldn’t have to feel like he needs to earn my respect. I should be the one making him feel like he is respected and honored.

Furthermore, when I react to him in a negative way, in a disrespectful way, it’s reveals my own weakness more than it does Edric’s. Failure to exercise control over my emotions so that they leak out unkindly is evidence of a spiritual weak person, someone who can’t rise above her frustrations to exercise self-control and exhibit restraint or grace.

To honor Edric, I want to say that he is an amazing husband and a gentleman. When I write about the honest realities of our marriage, it’s not because I think he is an awful person. He tries his best to be loving and sweet to me, but I have character issues that I wrestle with that I need to confront.

Even tonight, as we continued our conversation, he was sensible without being insensitive. He had a good point when he said, “We will just have to deal with this “irresolvable tension” (Andy Stanley’s phrase).”

So that’s where we are at. There was no amazing epiphany or new learning. Instead it was about coming to a point of mutual understanding and recognition – that he is who he is, and I am who I am. We are different and probably always will be. We can certainly keep improving and changing for the better, but while our differences remain, we’re going to have to see these as God’s way of causing us to grow in patience, love, and forgiveness. 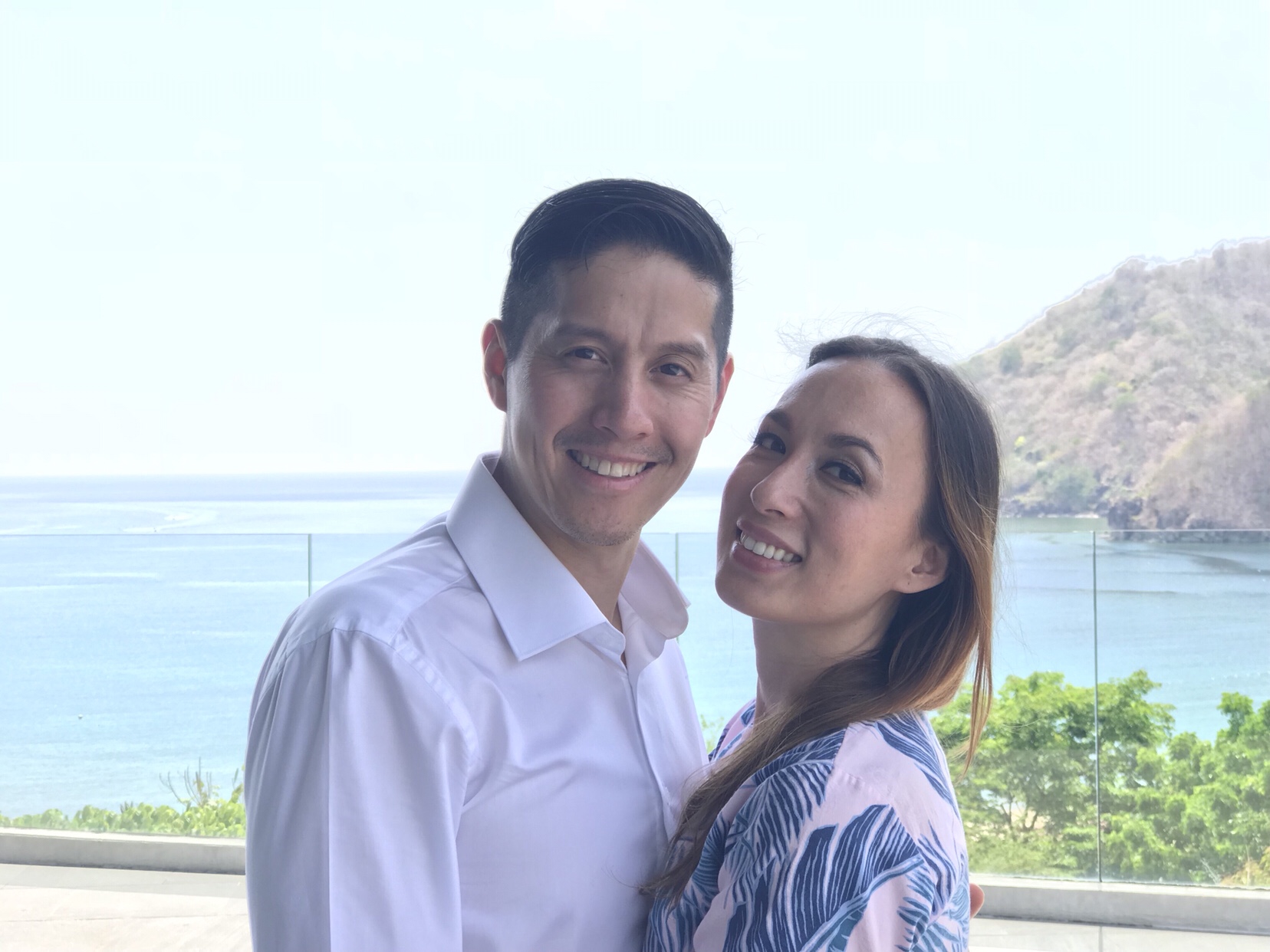 As I write this now, my heart’s already changing. In fact, I’m watching Edric get up on stage to speak and do what he’s so gifted at, and I’m like, I really DO respect this man!

Why do I make such a big deal about our differences? He’s amazing! And he’s my man!

7 thoughts on “Do You Really Respect Me?”