It was Elijah’s first Speedo swim meet today at Xavier School. He was nervous and tense. So was I!

I’ve always been into team sports so the thought of Elijah having to compete as an individual made my stomach churn. Plus, he had to replace his swim cap, and he destroyed his goggles the week prior (in frustration). We dealt with this. However, this meant he was swimming with new and unfamiliar gear.

All these factors make a difference when you are a swimmer. This is according to Edric, who used to compete in his high school years.

I could feel how tense Elijah was when I arrived at the meet. The kids and I came later since getting up at 5:30 AM to accompany him to his 6:00 AM call-time was too difficult for us. Edric, however, made it a point to be with Elijah. Together, they went ahead and updated me as the morning progressed.

By the time the rest of us made it to the campus, Elijah had already finished two events. He did fairly well during the first one, where he scored significantly lower than his practice time for the Homeschool Global relay.

However, his goggles, which he hadn’t swam with until today, kept coming off his face. That was upsetting to him. He was the only one who had this problem. He had no choice but to figure out how to deal with that issue and keep swimming through each race.

When he was up for his third event, he made a big boo-boo. In fact, I had to ask for permission to write this post because it was a very embarrassing moment for him. First, he had his shirt on when he readied himself to jump into the pool. The event was the butterfly. Everyone noticed that his shirt was still on.

It wasn’t even a dry-fit shirt. It was a cotton shirt. In his nervousness, he failed to hear us. The whistle was blown and he dove into the water. About five meters into the pool, he realized that his shirt was indeed on! Worst of all, he wasn’t swimming the butterfly. He was doing freestyle. Of course, he was mortified!

He stopped and threw off his shirt. People on the sidelines who saw what happened gasped as they witnessed his mistake.

I saw the tears collecting in Elijah’s eyes. He was angry and disappointed with himself. His siblings were also in shock. We all didn’t know what to say. However, Edric encouraged him to keep going. He did. Needless to say, he finished last in this heat, and he was disqualified for starting off with the wrong stroke. He stormed off utterly embarrassed and discouraged.

As his mom, I wanted to hug him and cry. I knew how crushed he was. Who swims in a competition wearing a casual, cotton shirt?! And who does so while failing to do the right stroke?

There were hundreds of other swimmers there, and parents looking on as he made these mistakes. I didn’t really care too much about what they thought, but I knew that Elijah probably did.

When Edric and I were reunited with him in the cafeteria area, he was speaking with his coach, leaning against the wall in tears. We approached him cautiously, trying to gauge what we ought to say and not say. 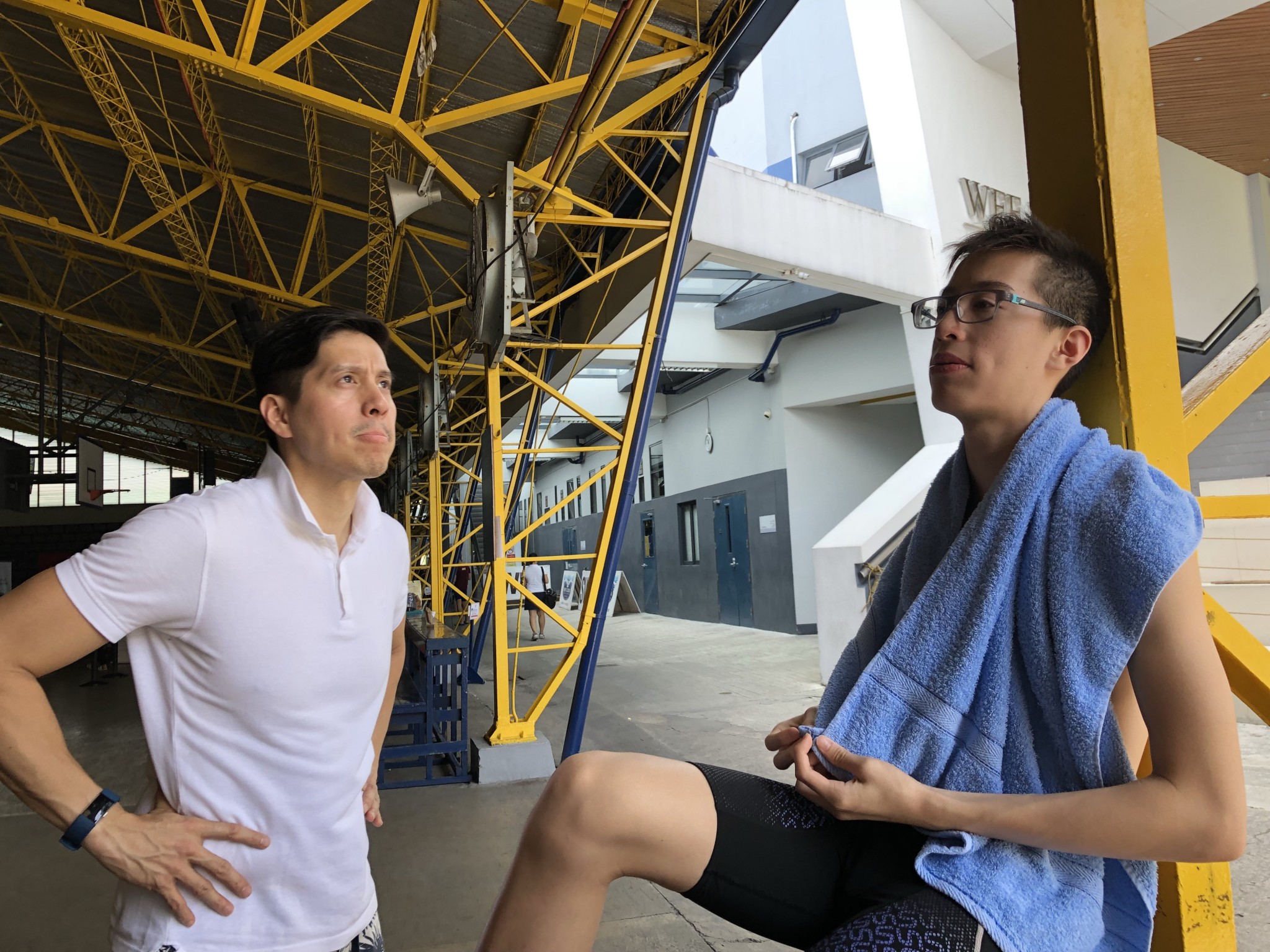 I offered to buy him lunch since he had a long break before his next heat. As I asked the concessionaire to serve him pasta and lasagna to get him some carbohydrate energy, I also started blabbing about how it was okay, it was going to be okay. He actually said, “Mom, please stop talking.”

Edric looked at me and snickered a bit. As a guy and a once-upon-a-time swimmer, he had a more accurate idea of what Elijah was thinking and feeling.

So I let him take over, which he masterfully did. Edric brought us to a more private area where we could listen to Elijah and talk. Elijah felt like quitting at this point. This was one of the most humiliating experiences of his life. He didn’t know how to recover from it.

As we listened, we tried to share our own bloopers and blunders to lighten his mood. However, it was Edric’s challenge to him that probably made the biggest difference.

“Elijah, you have two choices. You can quit and walk away. Or, you can suck it in and keep trying your best.”

Edric assured him that we loved him and nothing would change that. He also reminded him that an event like this was a man-building, character-shaping moment.

I made sure to smile and offer encouragement where I could, but this was really Edric and Elijah’s space. This was guy thing — something that Edric was much better at navigating through with Elijah than I was.

Afterwards, Elijah walked back to be with his teammates, and Edric and I prayed for him. I really prayed hard! “Lord, please redeem this. Please help him to do excellently in the next events.”

About two hours later, he was up for the backstroke. I know he was still reeling from what happened but he stood at the platform anyway, in the middle lane, readying himself. Thankfully, he wasn’t wearing his shirt this time!

Amazingly, he finished first! Following this heat, he came in first again during the breast stroke. For freestyle, he was second, and he did a great job on the final relay with his teammates, beating his previous time. 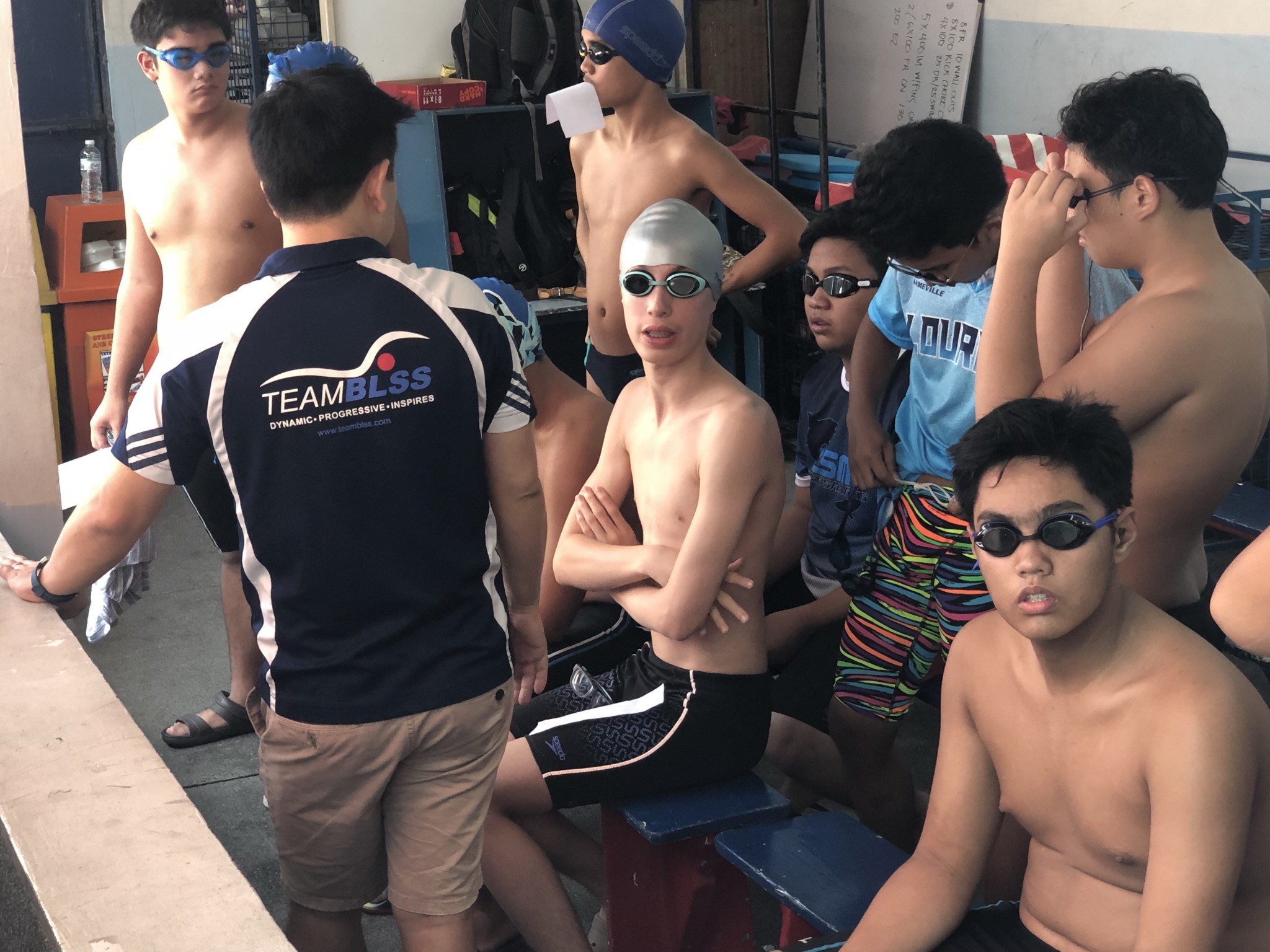 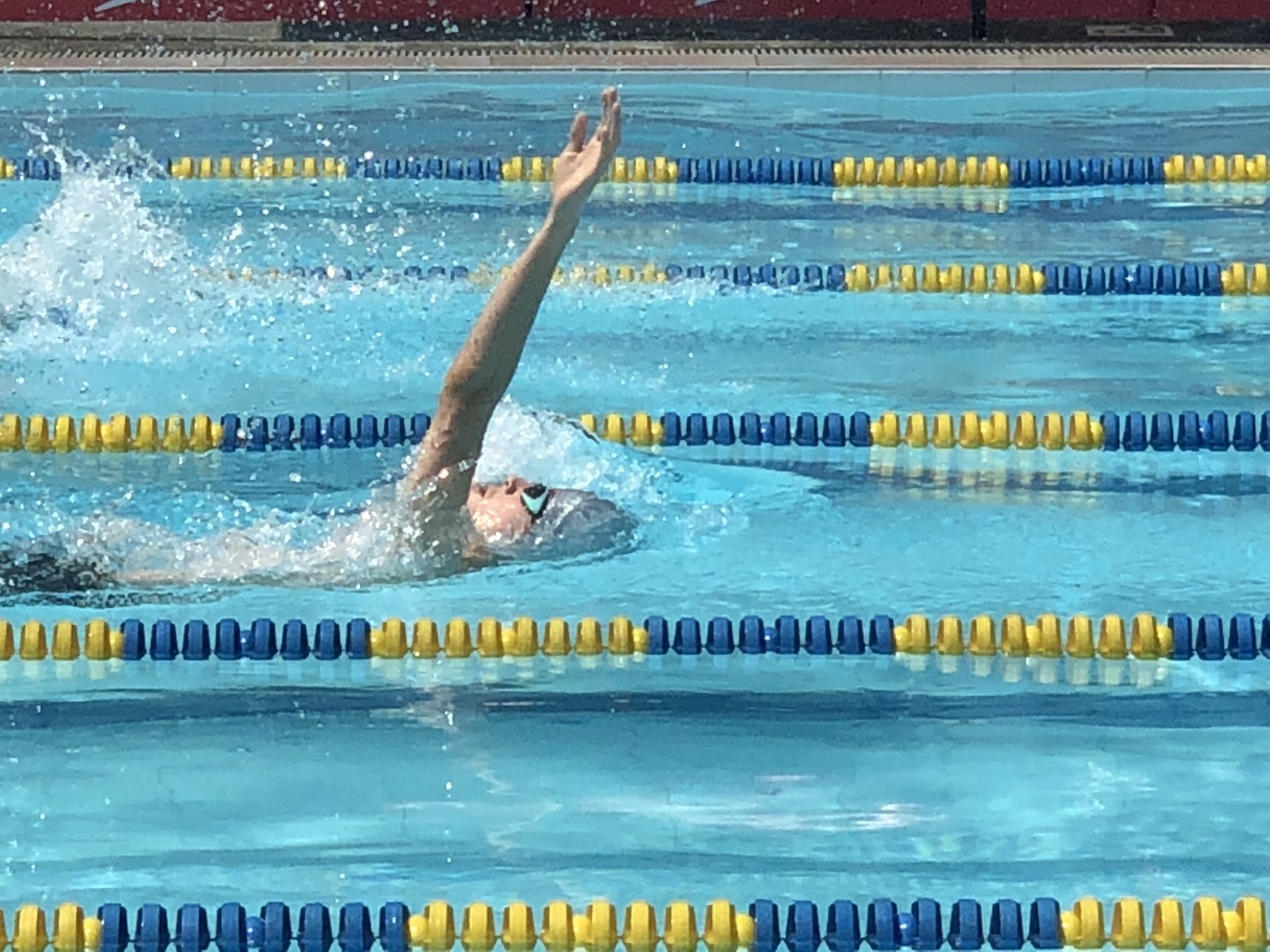 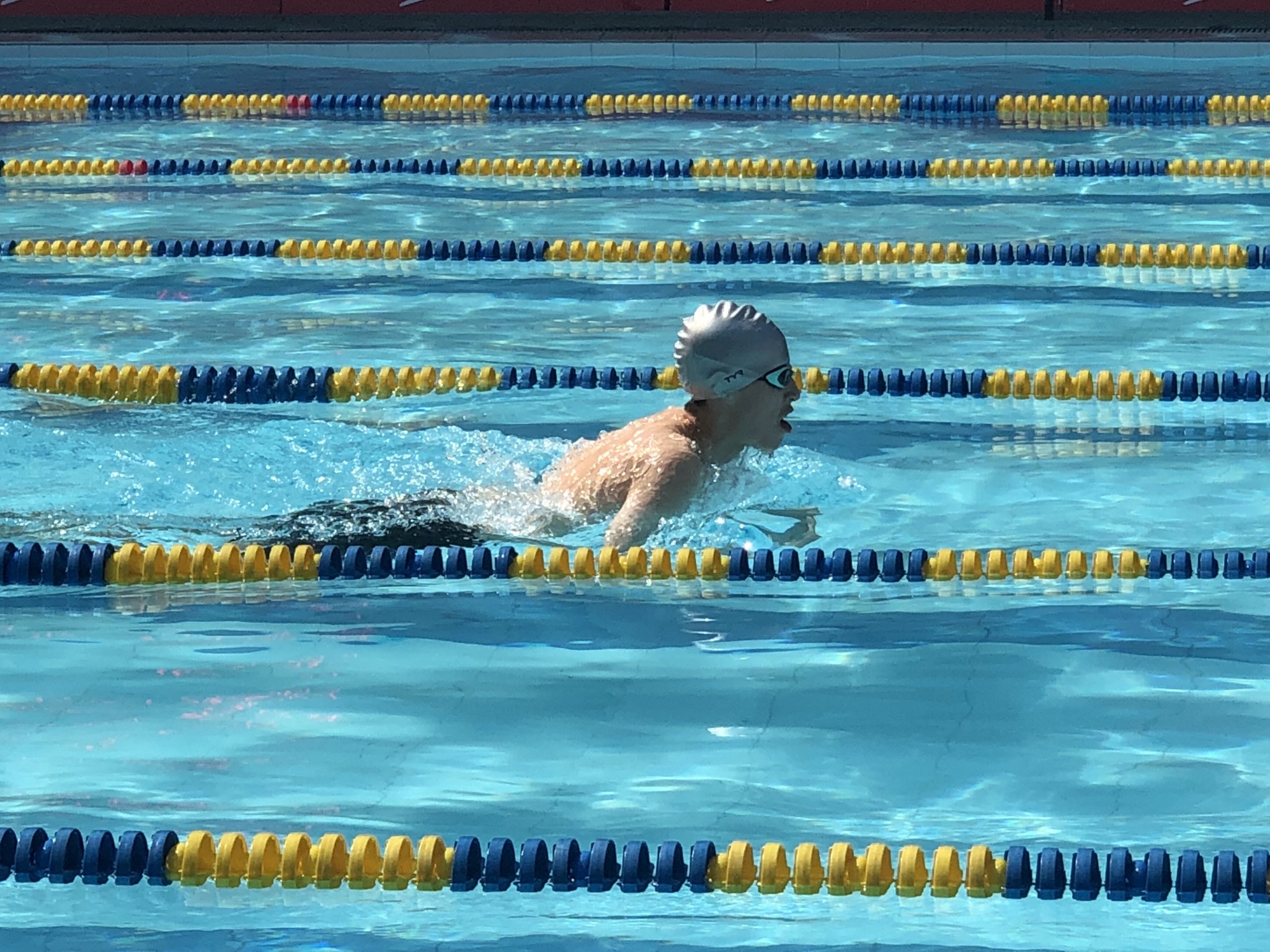 When we were headed home as a family, he smiled with gratification. He even said, “This was one of the best days of my life!”

“Because I learned so many life lessons and I felt fulfilled.”

He added, “Dad you really helped me. I am so glad you were there. And mom… thanks for smiling the whole time.”

At least I was able to contribute something!

Edric and I were so happy to hear this. I know that Edric was especially pleased to have been there for Elijah. Both of us were proud of Elijah for displaying character today. One of the other reasons why Elijah didn’t give up is that he wanted to be a good example to his teammates. He revealed this to me later on.

God orchestrated the day to give Elijah a crash course on failing forward. From someone who wanted to quit and give up, who was at such a low point, he rose above his fears, disappointment, and embarrassment.

Parenting a young adult requires so much restraint!

We need to let our young adults work through their challenges without micro-managing or manipulating circumstances. We need to give God the space to do His work in their hearts. What happened today was difficult but it was necessary for Elijah’s spiritual and emotional maturity. Now he feels more confident about participating in the next swim meet, and more importantly, he experienced the rewards of enduring and persevering. 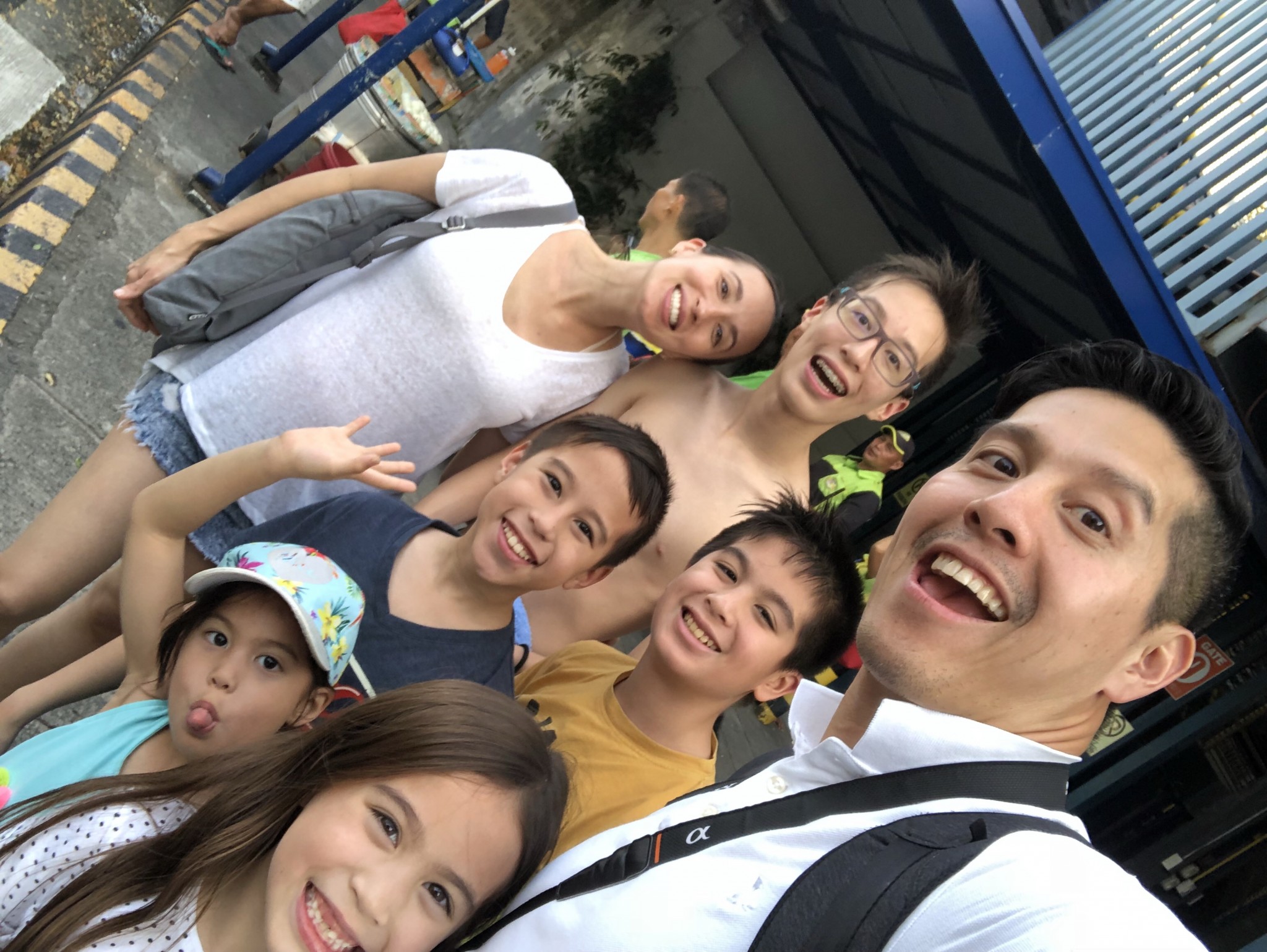 “We can rejoice, too, when we run into problems and trials, for we know that they help us develop endurance. And endurance develops strength of character…” (Romans 5:3-4)

6 thoughts on “When You Dive in With Your Shirt On”