“Broke-a-lin” was the name Edan gave Elijah’s broken violin. Elijah was practicing on his violin when it slipped out of his hands and fell onto the tiled floor of our living room. It snapped in half and is now irreparable. 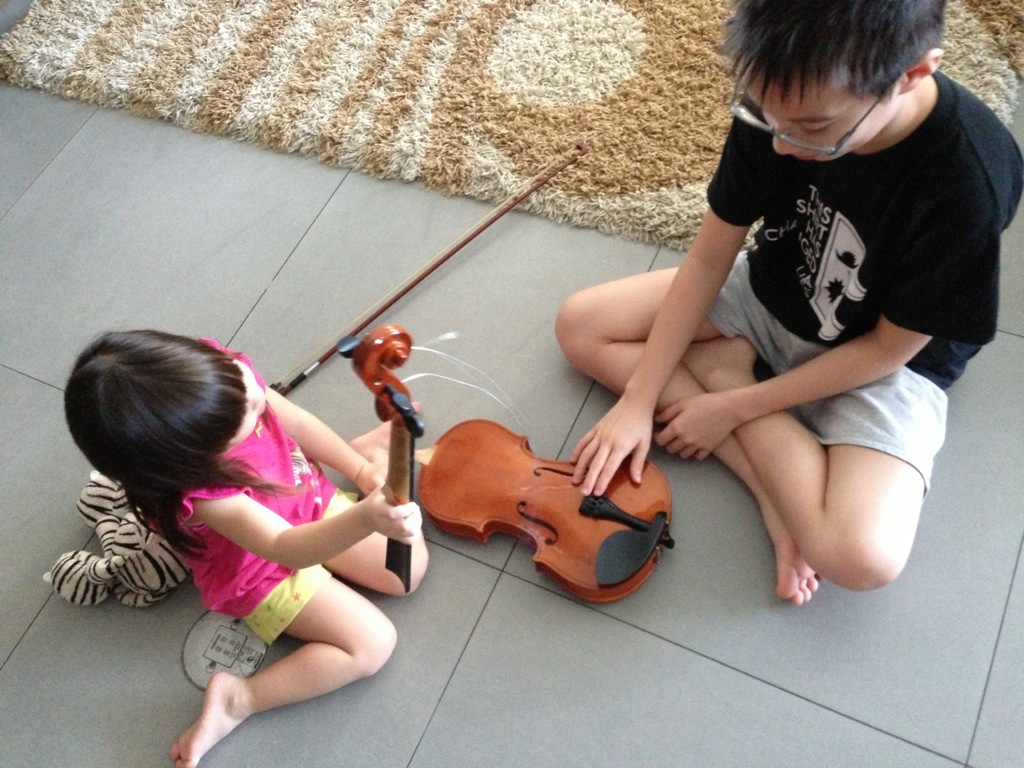 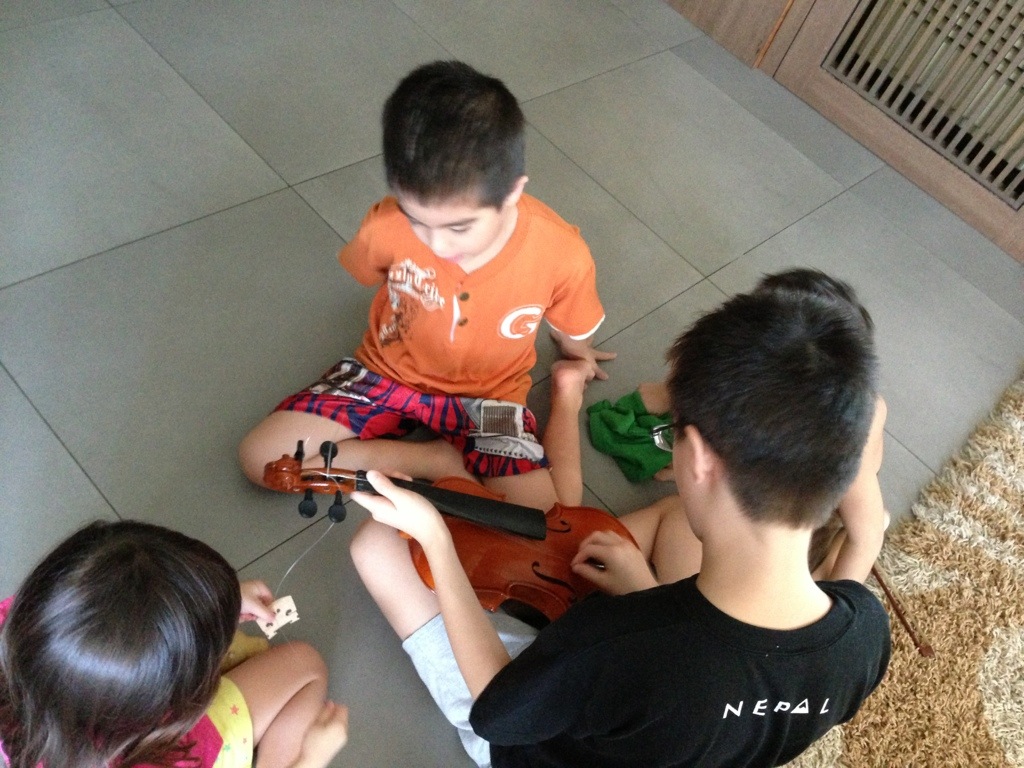 The kids huddled over it for a while trying to put the pieces back together. Tiana kept saying, “Oh no.” Elijah was frustrated with himself and didn’t know what to do. Titus was eager to see how he could fix it. And Edan laughed and called it a “broke-a-lin.”

I was on the couch when it happened, trying to catch up on some news while holding Catalina. Of course I was not pleased. Elijah needs a new violin which means we have to go out and pay for another one.

I wasn’t mad at him just frustrated (secretly) that he was careless. At the same time I knew it was an accident so I didn’t get upset. I didn’t want to embarrass him.

Things get broken especially when you have lots of kids. If I were to react to every single one of these incidents, I would be stressed out often. Thankfully, I grew up in a home where my own parents didn’t put a premium on material things. They were good stewards and used money wisely but if my siblings or I accidentally broke or mishandled things around the house, we were readily forgiven. We weren’t yelled at or punished. We might have had to suffer the consequence of our carelessness but my parents didn’t get angry or lose their temper.

With our kids, Edric and I are the same way. When the kids break vases, glasses, toys, gadgets, etc, we don’t go ballistic. However, we will bring in the stewardship angle.

After hearing about Elijah’s violin accident, Edric sat down with Elijah. He asked him, “What if we just had one violin and that’s all we could afford and it was entrusted into your care?” He wanted to make sure that Elijah understood that he needed to take care of his belongings. Just because we can afford to go out and buy another violin doesn’t mean we should make light of the incident like it was inconsequential. How will our kids learn to be more careful and aware of their actions? So I was glad that Edric talked with Elijah just to make sure he took it seriously. Elijah apologized and asked for forgiveness for not being a good steward. He also confessed to me that he was prideful at first and thought it was just an accident so it was not his fault. But he owned up to it after talking with his dad and I was pleased to see him admit that he was responsible for what happened.

I actually mentioned to Edric that perhaps Elijah should help pay for the violin. He should pay a fractional amount from the money he has earned from his stock reports so he feels the “sting” of having to replace the violin.

Edric and I will buy him a new one but he is old enough to learn to find remedies for his mistakes. Even if it was an accident, he was responsible for that violin and now he can be responsible for getting himself a new one too. I believe in the passage “Where your treasure is, there your heart will be also.”

If children get to work for something they really want, they are likely to ascribe greater value to it. Otherwise, they have no concept of reality. They receive and take without realizing that everything they are given is a cost to someone, be it monetary or otherwise. Furthermore, they need to learn to take ownership for their mistakes instead of growing up with a mentality that they get bailed out by mommy and daddy every time.

Edric and I love our kids and we extend grace to them when they make mistakes but some of these mistakes are also great opportunities to teach them character lessons. I don’t expect a 3 year old to get why he would have to help pay for something he broke. But Elijah is a 10 year old who has the capacity to understand stewardship and he is earning some money now.
So this sort of character training would work for him, especially since he is becoming a young man.

(I asked Elijah if it was okay with him that I share this and he said, “Yes, so people can learn from my mistakes.” Praise God for his heart! I love this boy!)