What a sad morning.

Beedie, one of Edan’s cockatiels, died at about 10 AM. We were all pretty devastated. But Edan was especially despondent. When I pulled Beedie out of the cage and showed Edan his lifeless body, he walked away, up the stairs to be alone and cry.

Beedie was the sweetest bird. And my heart ached for Edan.

Edan’s a pretty dutiful boy. He had a routine with his two cockatiels. Every morning he would change the water, feed them, and spend time playing with them. Beedie was his favorite because he was very good-natured. Whenever Edan would extend his fingers to him, Beedie would willingly climb on and chirp a happy tune.

I wish I hadn’t been the last to see him alive. He wasn’t doing too well early this morning. My dad used to breed cockatiels and parakeets so I knew that Beedie had all the symptoms of a sick bird. His head was bowed down, his eyes were closed and he refused to eat or drink anything. I didn’t expect him to survive for very much longer. But it was still hard to see him keeled over, his claws curled under him, with one eye shut and the other half open. He wasn’t breathing anymore. Geedie (Edan’s other cockatiel) looked on in a lonely sort of way.

Although I’m not entirely sure of what made him sick, I have a theory.  About two weeks ago I told Edan to quick tossing his cockatiels up into the air to make them fly. They came from the pet shop with their wings clipped so they couldn’t fly very far at all. Edan thought he was “helping them” learn how to fly. But I kept telling him that birds instinctively know how to fly. My fear was he was stressing them out by forcing them to fly when they obviously couldn’t because their wings were clipped.

Well, he forgot that I had told him this. A few days ago, Edan experimented with flying lessons again and Beedie accidentally dove into the pond in the garden because he couldn’t flap his wings very well. Edan freaked out and called Elijah who ran over to rescue Beedie. When the kids reported to me what happened, I reminded Edan that he wasn’t supposed to throw the birds up into the air. I also expressed concern that Beedie might get sick.

I know birds bathe in water but this was dirty pond water. And I’m pretty sure Beedie gulped in some of it. His feces were loose and the wrong color before he died.

Birds are really sensitive. And once they get sick, it’s not very likely that they will recover.

As a mom, I really wanted to spare Edan from experiencing the loss of his bird. But I couldn’t. I even prayed that he would live. But God didn’t let that happen.

To empathize with Edan, I held him for a while as we both cried about Beedie. We looked at the picture on my phone when we got him from the pet store and that made us cry even more.

This afternoon, I tried, in a very gentle way to ask Edan if he learned anything from this unfortunate experience…especially in the area of obedience. At the time he was hanging out with his cousins and his reply was, “Yes mom, but I don’t want to talk about it in front of my cousins.”

When it was just the two of us, I asked him again and he admitted to me that he should have obeyed and taken better care of Beedie, specifically, he should have NOT thrown him into the air to fly or twirled him around. As he went out the door of the study room, he also added, “The punishment of sin is death.” I actually laughed when he said this because I didn’t expect such an insightful comment from him. We both smiled at one another.

Obedience is a principle that my children will have to keep on learning as they grow up. The first command we teach our children is to obey. When our kids are younger, we emphasize it a lot. We even spank for disobedience. But as they get older, we don’t force them to obey. By about 6 or 7, they usually get obedience, and they understand why it is important. The next stage of their instruction when it comes to obeying is developing a conviction for it.

We want them to connect obedience with blessing. And when they don’t obey it’s beneficial for them to experience the consequences of their choices, even if hurts to watch this happen as a parent. My parents taught my siblings and I, “you are free to choose but not free to escape the consequences of your choices.”

As an 8 year old, Edan experienced a life lesson I hope he will not forget. It was painful for him to loose Beedie. But it would be more painful for him in the future if he didn’t internalize obedience this early on.

“He who believes in the Son has eternal life; but he who does not obey the Son will not see life, but the wrath of God abides on him.” John 3:36

For homeschooling today, I asked Edan to write a tribute to Beedie so he can remember him…

Beedie was my Cocktail and he died today. We had him for 18 days. He was a kind bird. I loved him so much…. He was also loving, and happy. He was my pet. Everyday we would play together. I would clean his cage every day. He was a child bird, not yet an adult. In the morning he would call out for me.

But today he was very sick. When I checked on him, he was weak and he wouldn’t eat or drink. A few hours later he died. I felt sad. I will miss him very much. I had lots of fun with him. He was my favourite pet…. 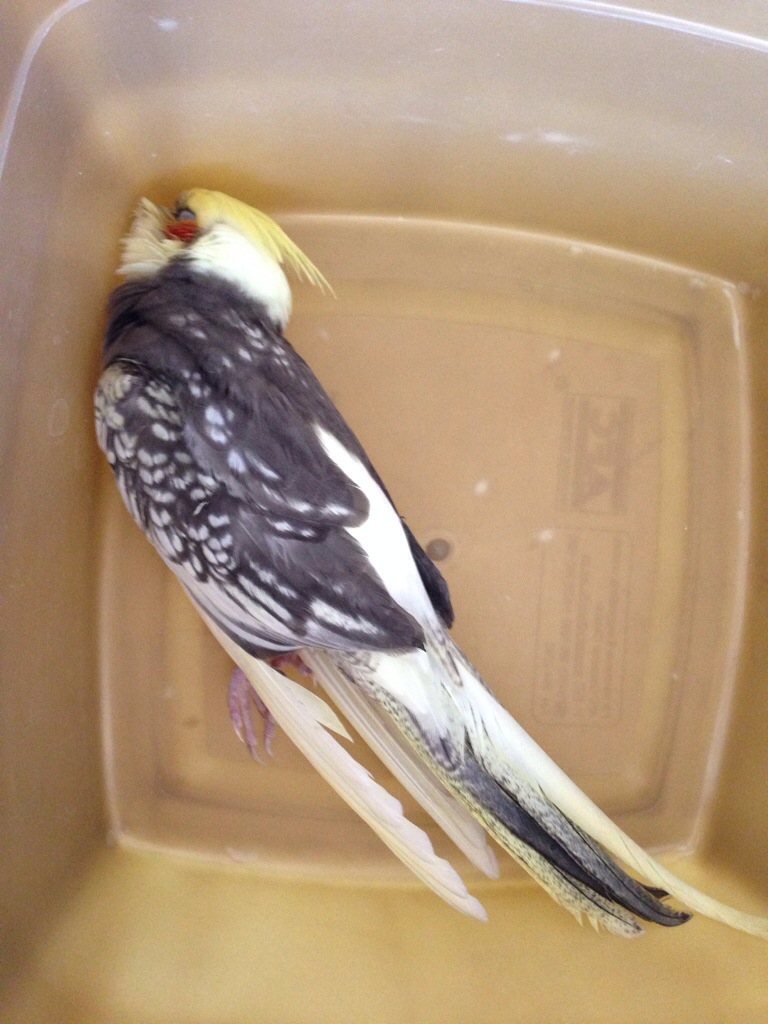