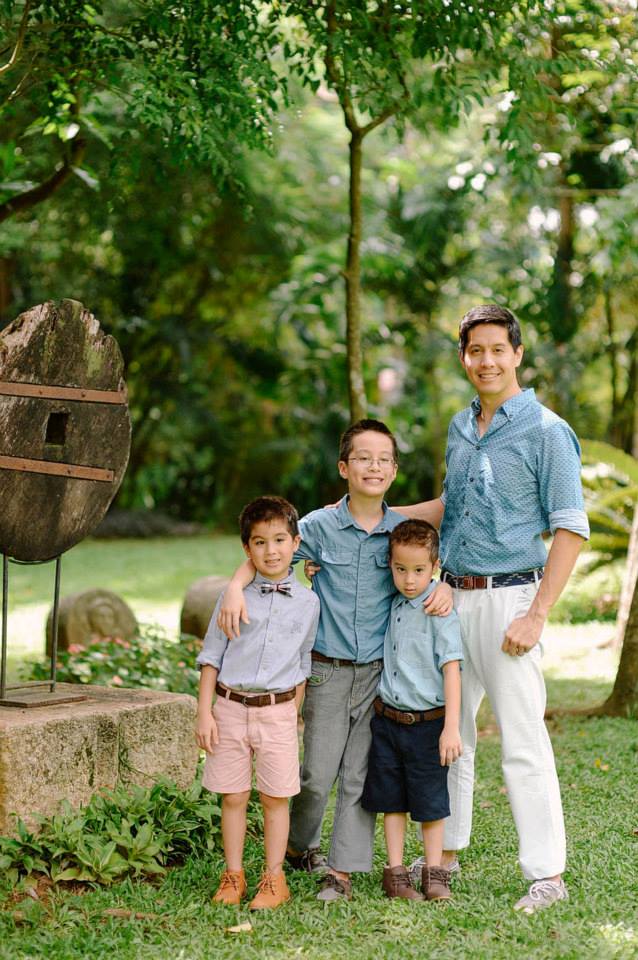 A long while ago I wrote an article called “The Lost Boys,” in reference to men who have grown up without the guidance of their fathers…No one to tell them what it means to be a man. No one to model this path for them. Many times these men navigate through life on a trial-and-error basis or they attempt to fill the void carved out by their father’s absence or lack of affirmation. 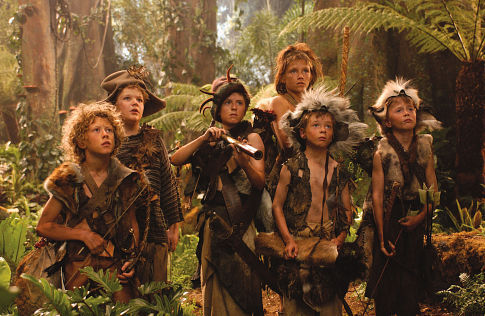 There is a female version to the lost boy syndrome…Women who never had their fathers tell them they were treasured, special, beautiful inside and out, or stand as protector to them. Interestingly (and sadly), a study of women whose fathers were absent showed that these women tend to seek after the affections and attentions of men in a negative way.

“During the interviews, participants expressed difficulties forming healthy relationships with men and they associated these difficulties with their experiences of father absence. The interviewees also revealed a strong need for attention and affection from men which was also associated by the participants with the lack of affection received from their fathers. The desire for affection made these females more vulnerable to male attention which put them at higher risk of being exploited by any male who expressed any positive interest in them. Some of their poor relationship decisions were attributed to this vulnerability. One of the participants, when describing her first sexual relationship, stated that the sexual encounter with a friend’s father occurred because of her desire for affection and attention from a father figure.” Source: East, L., Jackson, D., & O’Brien, L. (2007). ‘I don’t want to hate him forever’: Understanding daughter’s experiences of father absence. Australian Journal of Advanced Nursing, 24, 14-18.

Whether boy or girl, a child needs a healthy emotional relationship with their father. While I believe that women and men can, by God’s grace, rise above the effects of their unfavorable childhood experiences, the point is this: what a father says and does bear significant weight when it comes to building up the sense of security and identity of a child.

I am a wife and mother but it still matters to me that my dad thinks about me and expresses concern about my well-being. It matters that he still passes on spiritual truth to me. It matters that I can still hop on over to my parents’ house, run up to my dad’s study room and interrupt whatever he is doing. I know he will set everything aside and give me his undivided attention. He doesn’t have to talk to me for an hour. Just the sight of his big smile and his melodic, “Hey!” as I bounce through the door tell me that I am welcome.

Over and over again, I have witnessed the same dynamic between Edric and our children, too. When he gives our children purposeful attention, they are built up. Their sense of worth and value soars.

A week ago, we were celebrating Elijah’s birthday with family. Everyone around the table shared something they appreciated about Elijah. But it was Edric’s letter that made a big difference. The letter was personal, filled with spiritual encouragement, praise, and positive expectation. Half way through it, Edric started to tear and so did Elijah. By the end, Elijah threw himself into Edric’s arms to hug him — a tender display between father and son. He lingered there and looked oversized as a big, grown boy of twelve years old sitting on his dad’s lap. 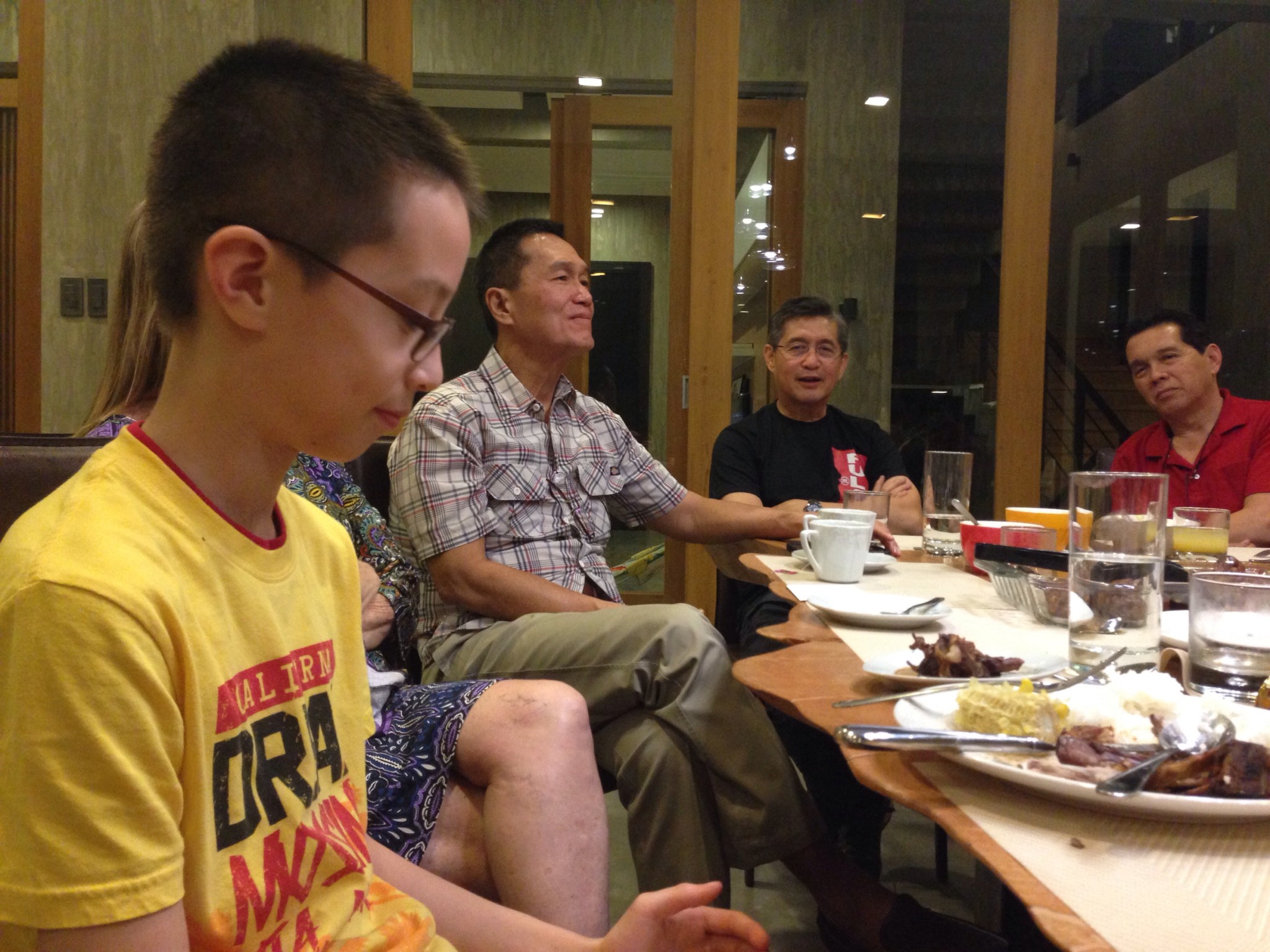 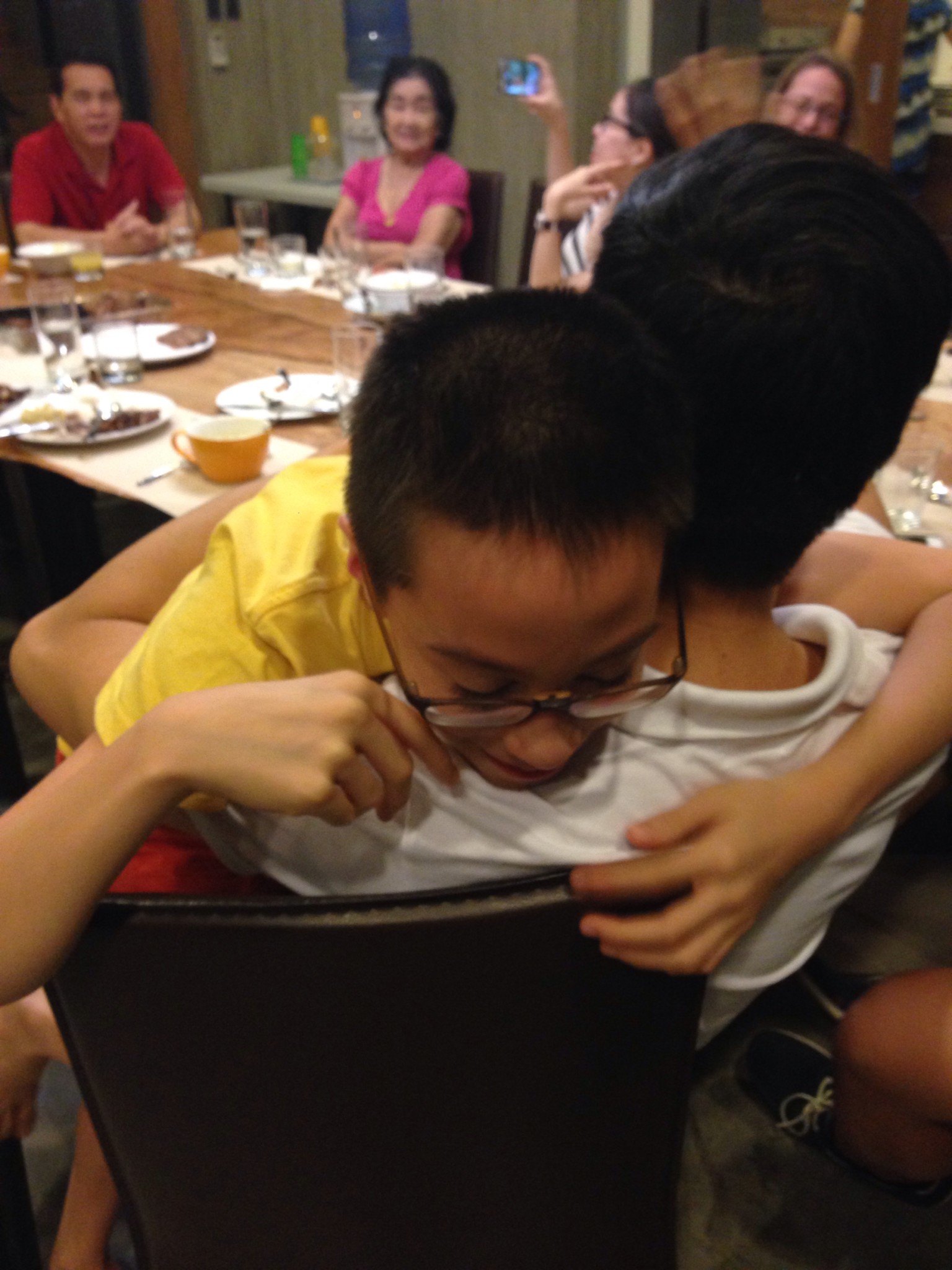 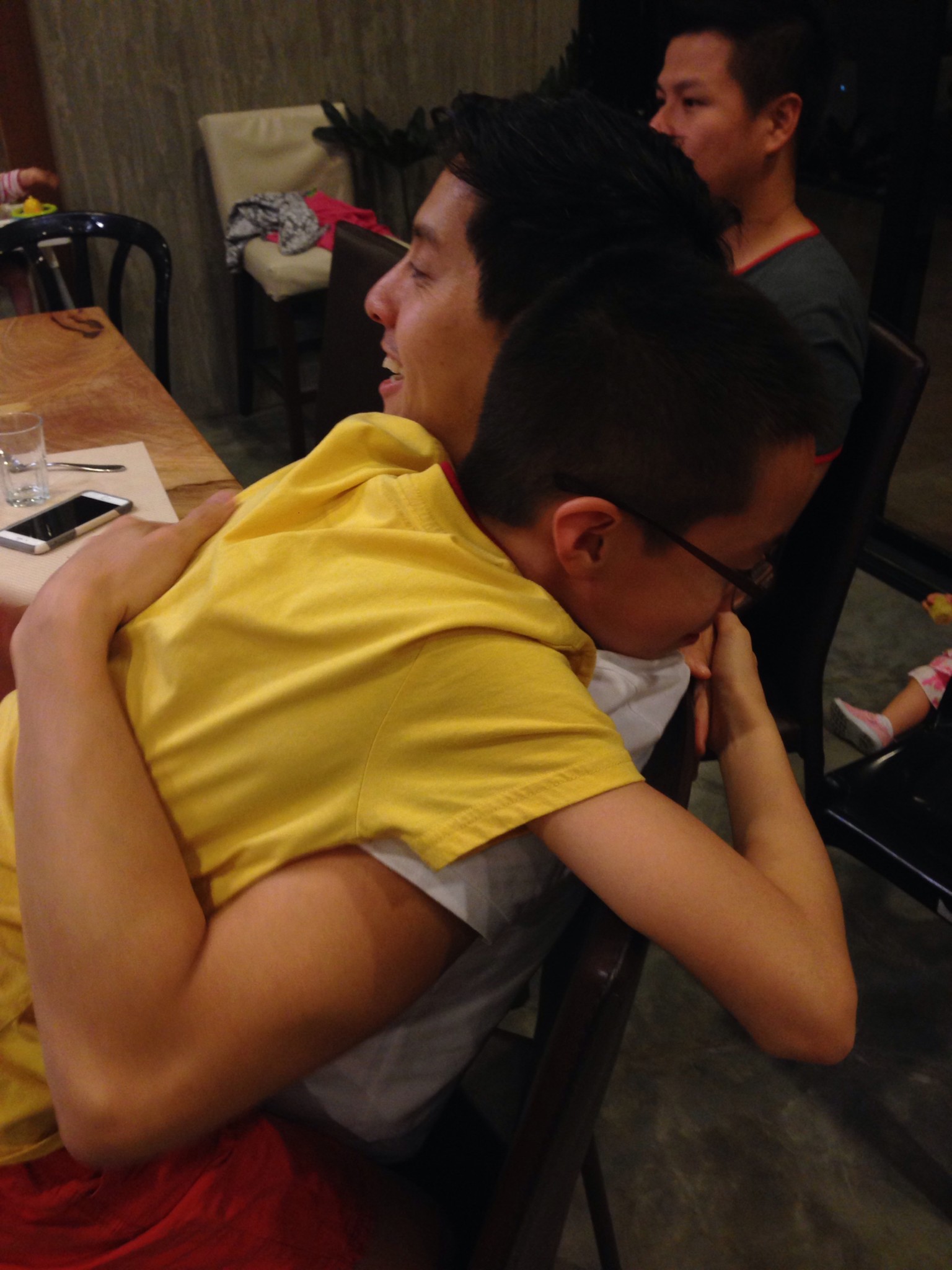 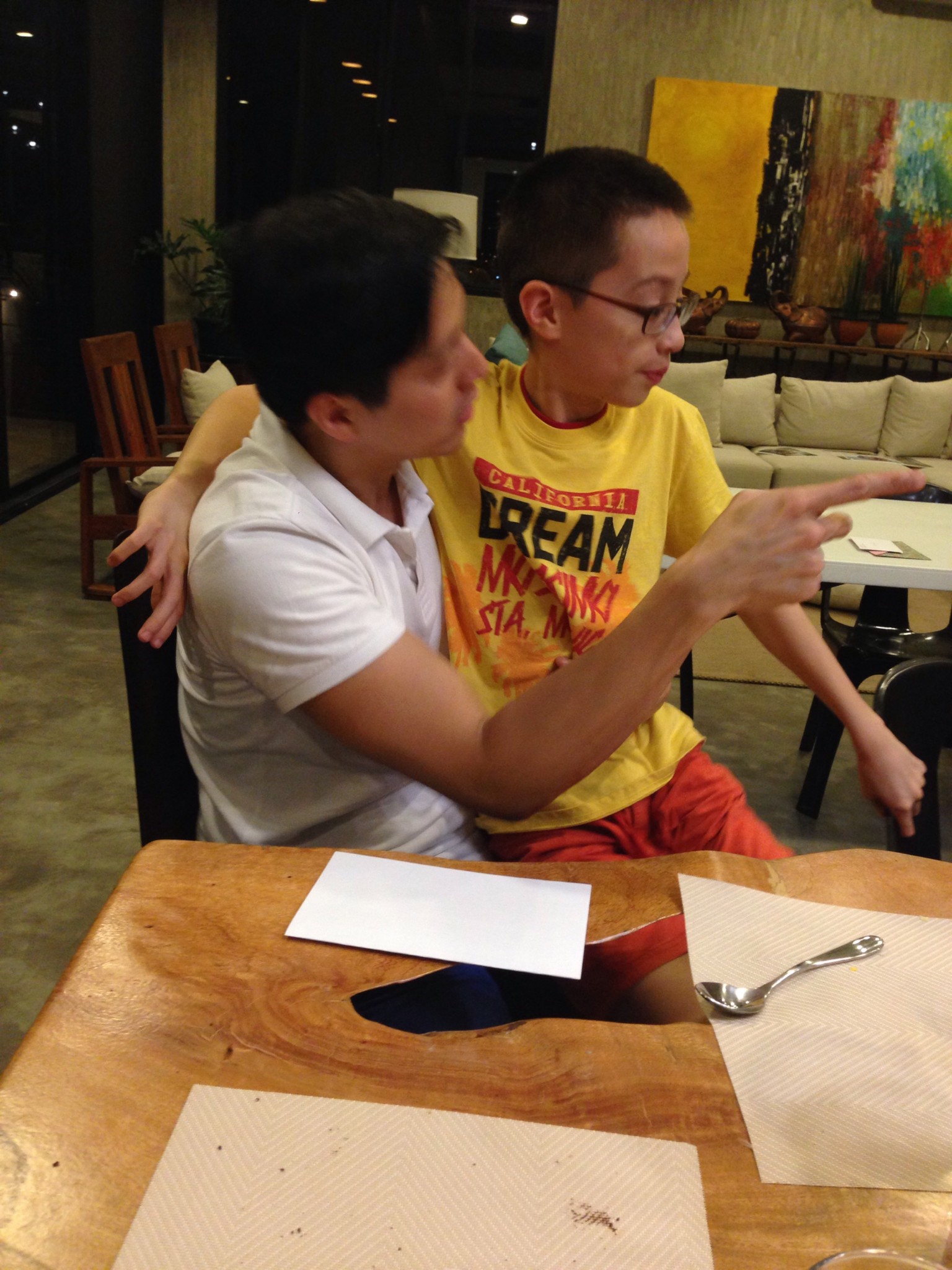 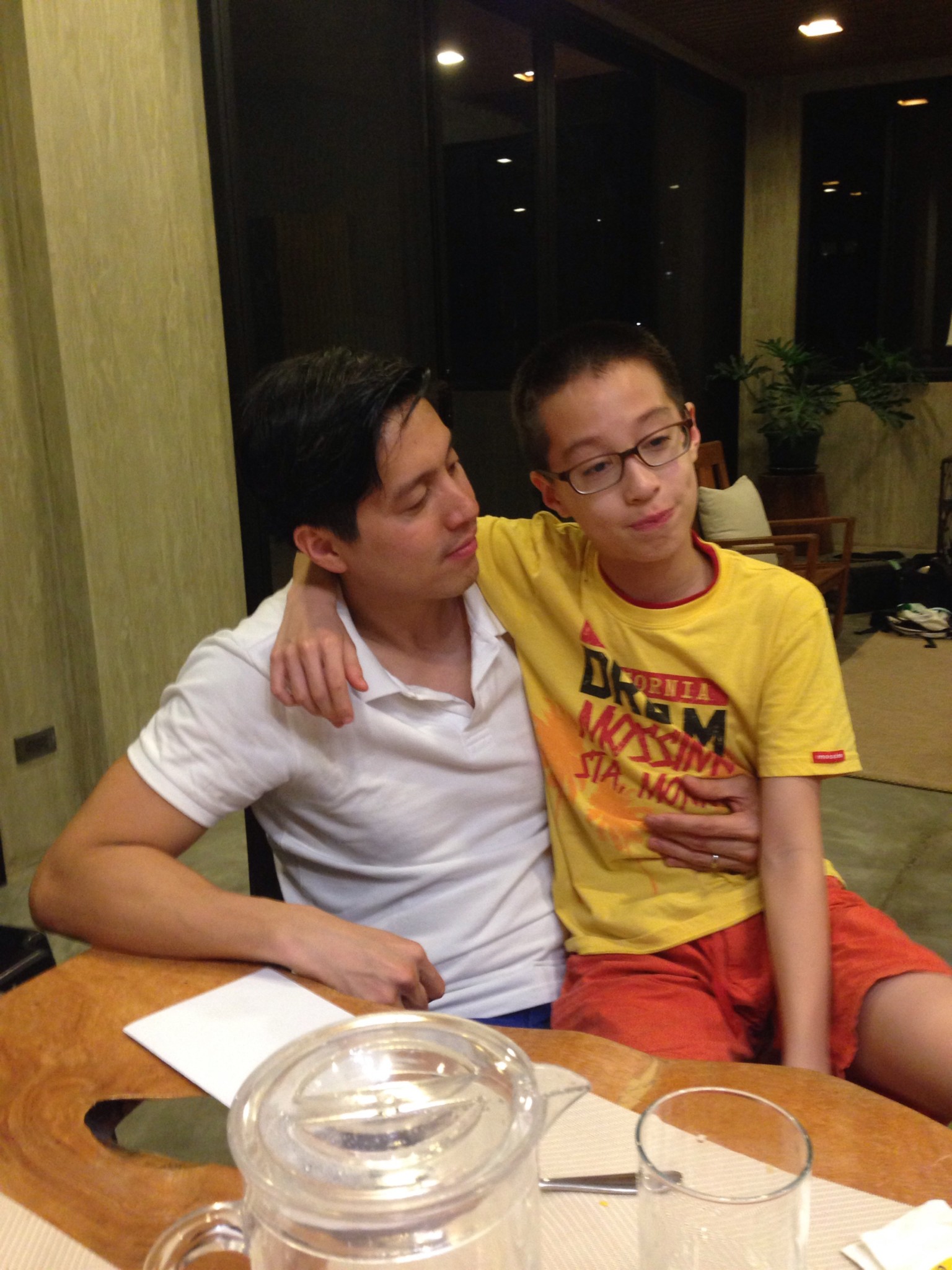 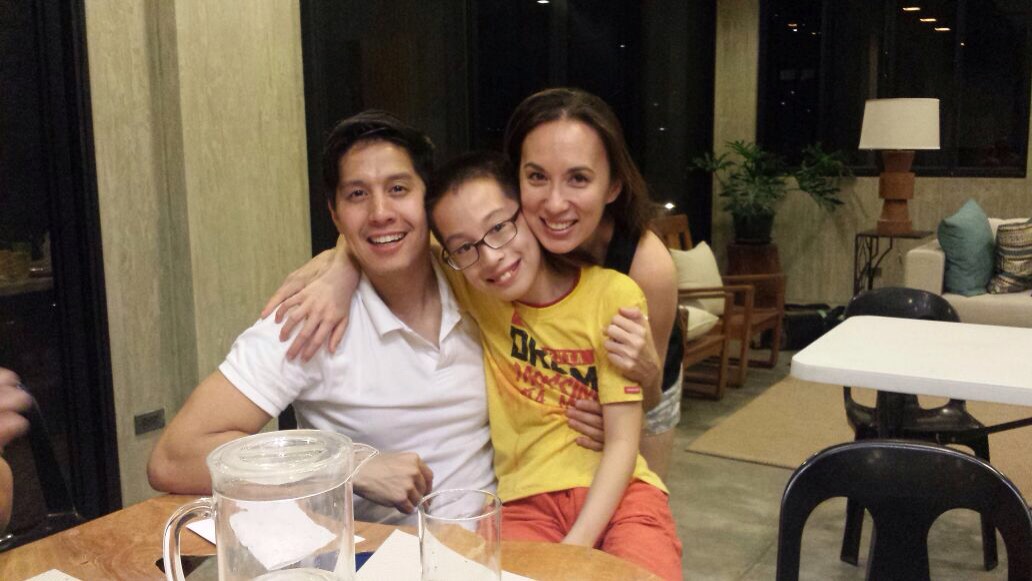 Why did Edric’s letter seem to matter more than my litany of words similarly directed towards encouragement, praise, and positive expectation?  It has nothing to do with how much Elijah loves me or his dad. Rather it has everything to do with the fact that a father’s words bear a special kind of weight. When Edric tells our children, “I am proud of you…I am blessed by you…God has given you amazing talents that you can use for His glory…I enjoy spending time with you…” they really latch on to these statements. Of course mothers need to affirm their children, too! But it’s much more powerful when the affirmation comes from dad.

This is especially true for sons. In Robert Lewis’ book, Raising A Modern Day Night, he writes, “Every dad begins fatherhood clothed in garments of praise. It usually happens naturally and effortlessly. He possesses an authority that is both inexplicable and awesome. For this reason, few things are more important to a boy — or a man — than a touch, or a smile, or a word of encouragement from Dad.” (p. 34)

He goes on to use Bo Jackson, the former baseball and football star as an example, quoting Bo’s statements in an issue of Sports Illustrated. “Jackson made this painful admission: My father has never seen me play professional baseball or football…I tried to have a relationship with him, gave him my number, said, “Dad, call me. I’ll fly you in.” Can you imagine? I’m Bo Jackson, one of the so-called premier athletes in the country, and I’m sitting in the locker room and envying every one of my teammates whose dad would come in and talk with them after the game. I never experienced that.” (p. 35)

All of us long to know we are precious to dad even as adults (and mom, of course! But this is a post about dads.) So here are some thoughts I want to end with:

For single ladies, do your future children a favor by marrying someone who has an authentic love for God and desires to lead his family to do the same. If he loves God, he will, at some point, choose to be involved and present in your childrens’ lives. If he loves God and follows his principles, your children will be blessed, too! Proverbs 20:7 tells us, A righteous man who walks in his integrity- How blessed are his sons after him.

For us married women who may nag our husbands to spend more time with the kids, let’s pray for their hearts to be turned towards our children. Only God can do this — restore the hearts of the fathers to their children and the hearts of the children to their fathers… (‭Malachi‬ ‭4‬:‭6‬ NASB)

For the rest of us who may feel like we are lost in some way as a result of our father’s absence, lack of encouragement, attentiveness to our needs, or even the abuse they inflicted upon us, there is hope for us to have the best father of all…a Heavenly Father.

No matter how forgotten or wounded we may feel, no matter what choices we have made that were wrong and miserable because we didn’t know how loved we ARE, God wants to have a personal relationship with you and me, as Father to child. He wants to redeem us for Himself. Think of how amazing it must be when an orphan is hand-picked and chosen by a family who has committed to love them. (According to Roman law of biblical times, orphans could never be disowned.)

God loves us so much, He made it possible for us to become His children through Jesus Christ His son. Although we were once separated from Him because of sin (lost), Christ gave His life to set us free, to give us new lives as His adopted sons and daughters.

“But when the fullness of the time came, God sent forth His Son, born of a woman, born under the Law, so that He might redeem those who were under the Law, that we might receive the adoption as sons. Because you are sons, God has sent forth the Spirit of His Son into our hearts, crying, ‘Abba, Father.’ Therefore you are no longer a slave, but a son; and if a son, then an heir through God.” (Galatians 4:4-7)

Robert H. Stein explains that “Abba was a term not only that small children used to address their fathers; it was also a term that older children and adults used to address their faithers…It is through the finished work of Christ that God invites us to call him ‘Abba, Father.’ It is thorugh Christ that grace and peace have resulted and we have become God’s children.” (Source: The Fatherhood of God from biblestudytools.com)

One of my favorite songs which I play often on my Spotify account was written by Stuart Townend, and may it bless you today! Listen to the modernized version of this song by Nichole Nordeman:How Deep the Father’s Love For Us

8 thoughts on “Fathers and Children”