Some of my kids get terrified about performing which is one of the reasons why I really appreciated the recently held open house activity for Homeschool Global students where they were asked to present their art works.

I had two kids in tears before they had to speak. Edric and I took them aside to give them a pep talk. A part of me was frustrated that they were self-conscious and worried about talking about their paintings (which was going to take barely two minutes to do), but I also had to be sensitive and remember that I too was once incredibly scared of speaking in public. Sometimes I still am!

Edric and I reassured them that they could do it. We asked them to focus on being a blessing instead of themselves. We didn’t let them give in to their fears either. I caught sight of one of them praying for courage and another one trying her best to control her tears.

All five of them had their turns describing their art pieces and they got through the ordeal just fine. Afterwards, they realized that their fears were unfounded. I was very proud of them for obeying their teacher to get up in front of everyone even though they were uncomfortable and nervous.

Some of the other homeschool kids confidently sang or talked about their paintings. One child in particular grabbed the mic at the end and started belting out various songs. She didn’t have any issues standing in front of an audience!

My older boys felt at ease as well since Edric and I invite them to speak with us when we give seminars. So they didn’t panic when it was their turn. However this was a first for my three younger kids. Thankfully, they survived! But they definitely need more opportunities where they can practice articulating themselves or performing before audiences.

Here are some ideas for us homeschoolers:

1. Organize events with our coops where kids can perform in front of parents and siblings. Some ideas are a talent show, play, debate, and speech making.

2. Have kids retell what they did during the day during dinner time.

3. Get kids to serve others where they have to think less of themselves and more of others. Some examples are outreaches, community projects, or Sunday school.

4. Let kids come up with a business idea that they have to execute and have them sell their products or idea to others.

5. Have siblings read aloud to one another teach their younger siblings so they can practice their communication skills.

There’s also a great material by Institute for Excellence in Writing on Public Speaking called Speech Boot Camp. It’s great for older children to use in a group setting since they can practice in front of one another, as well as encourage and critique each other, too. We did this with our playgroup two years ago on the recommendation of my friend, Andi Miller. My two older boys had a great time and learned a lot. You may want to try it on your older kids, too… 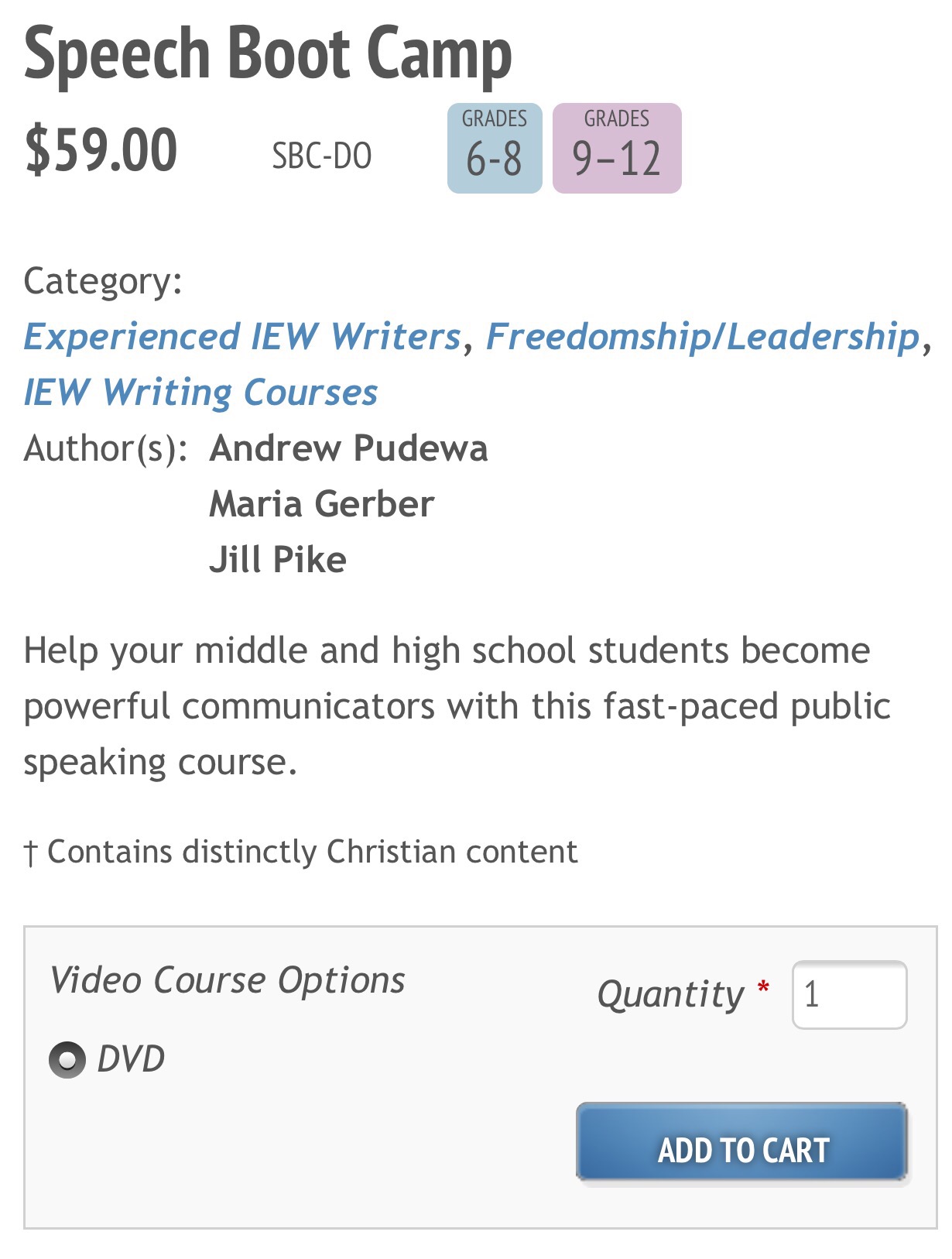 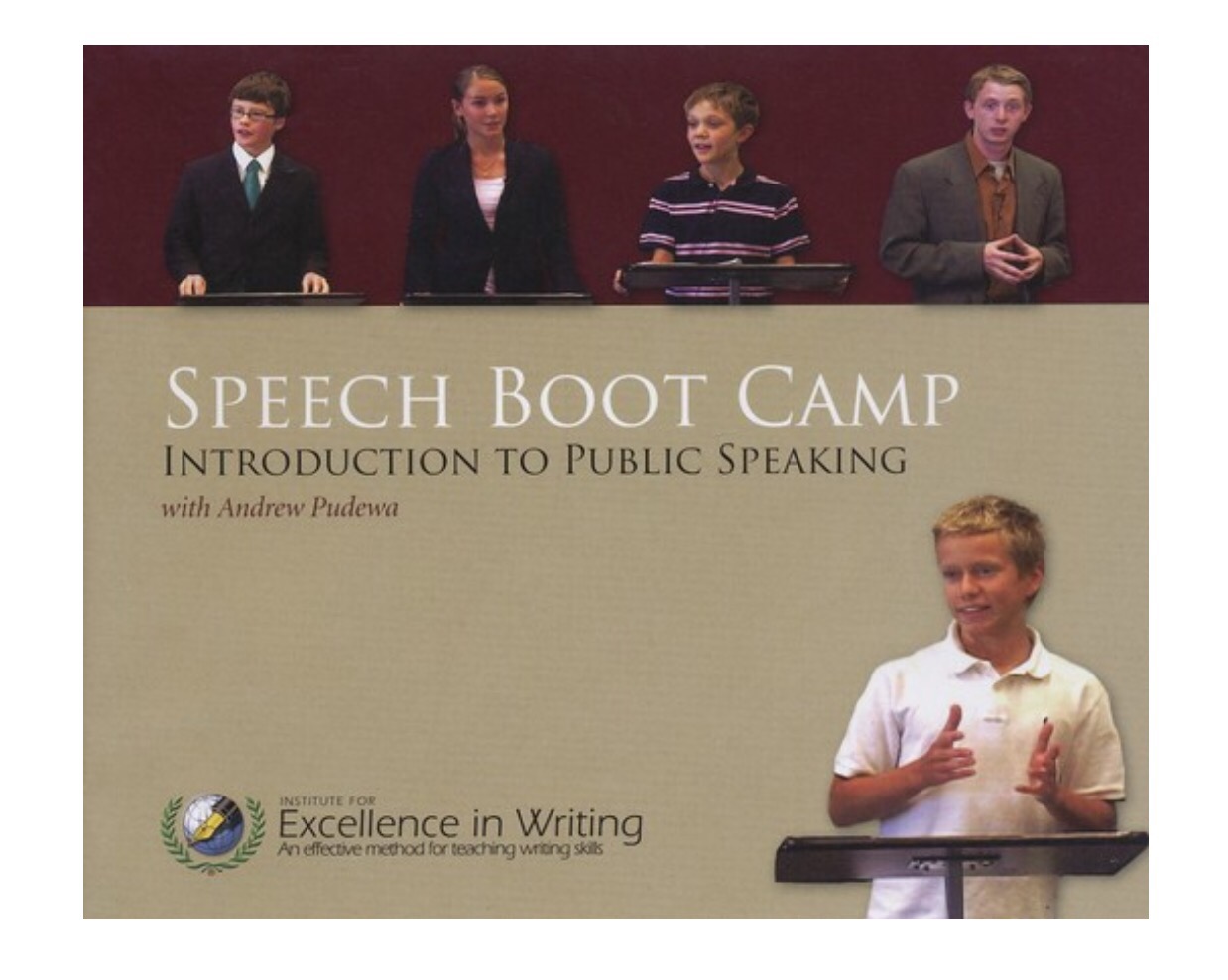 Photos of the kids’ art class. Their teacher is artist, Camille Ver: 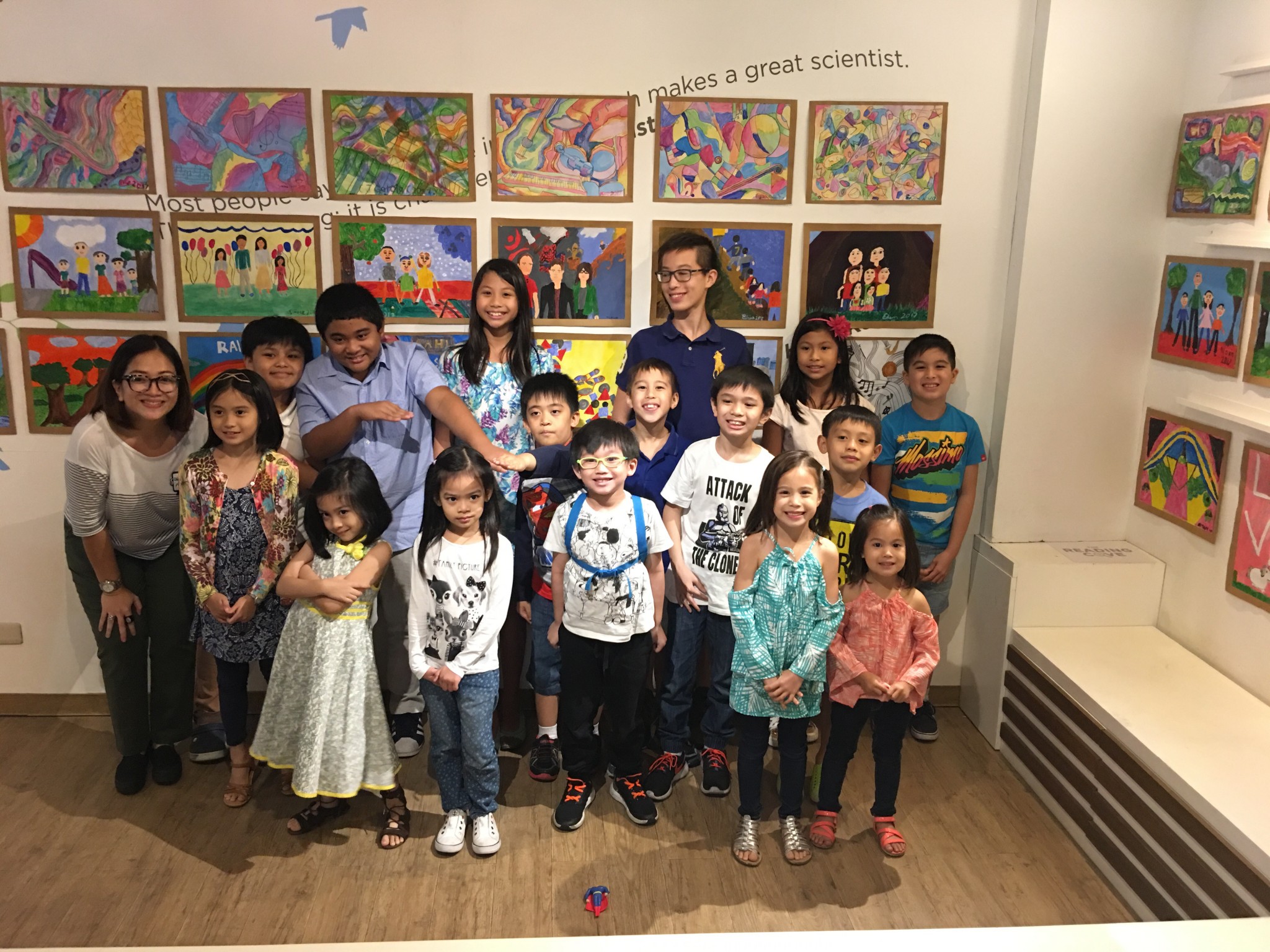 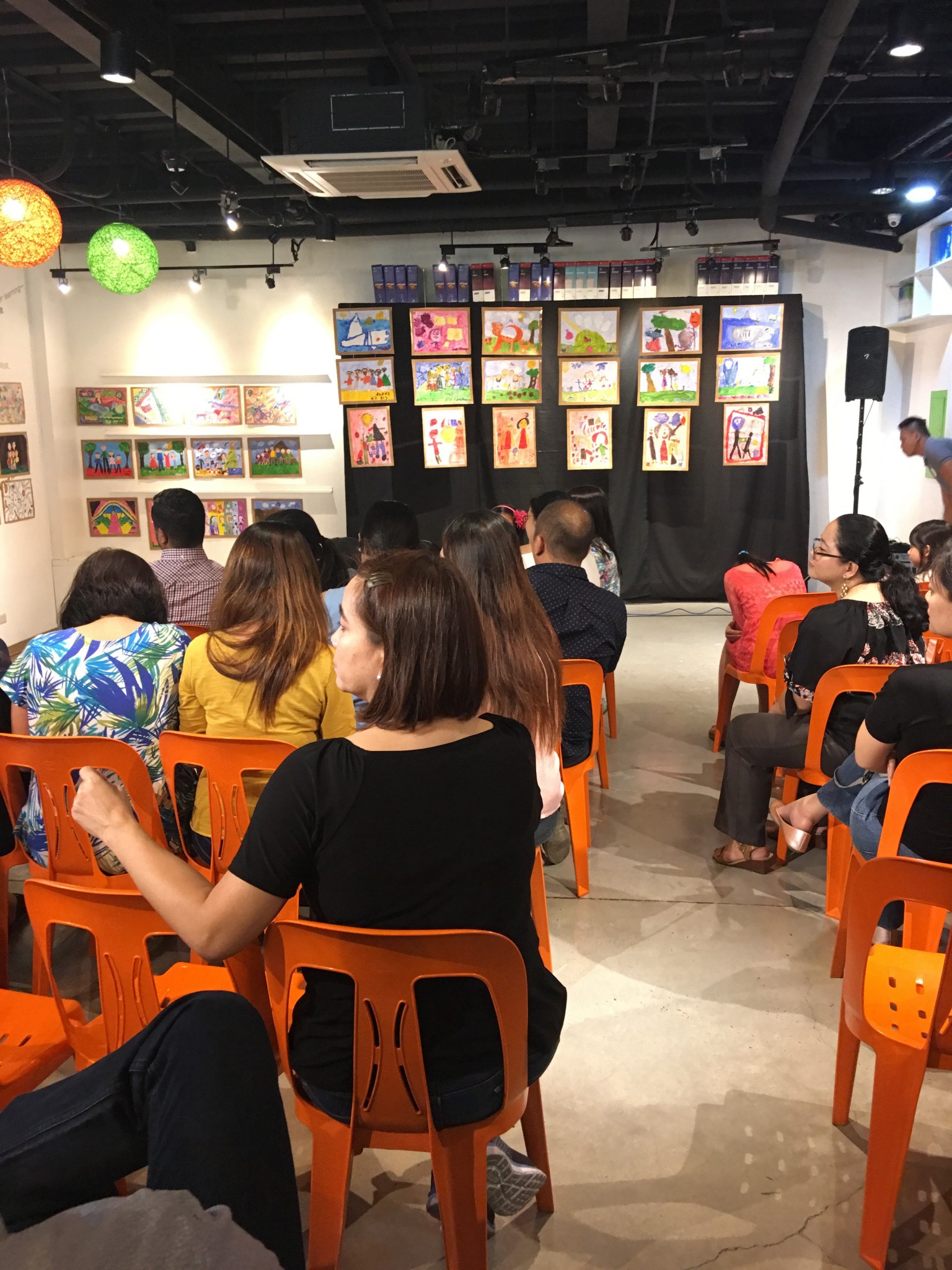 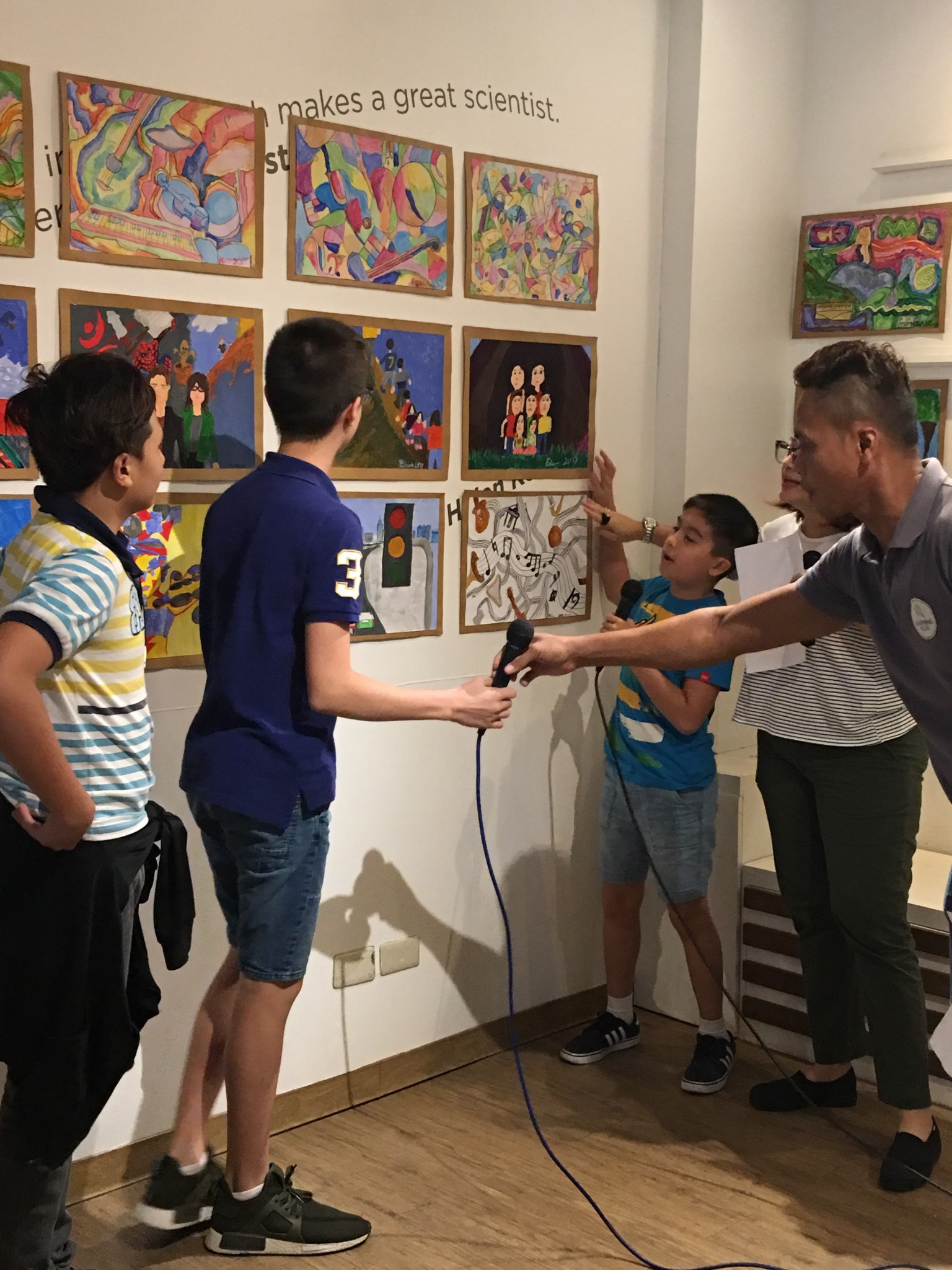 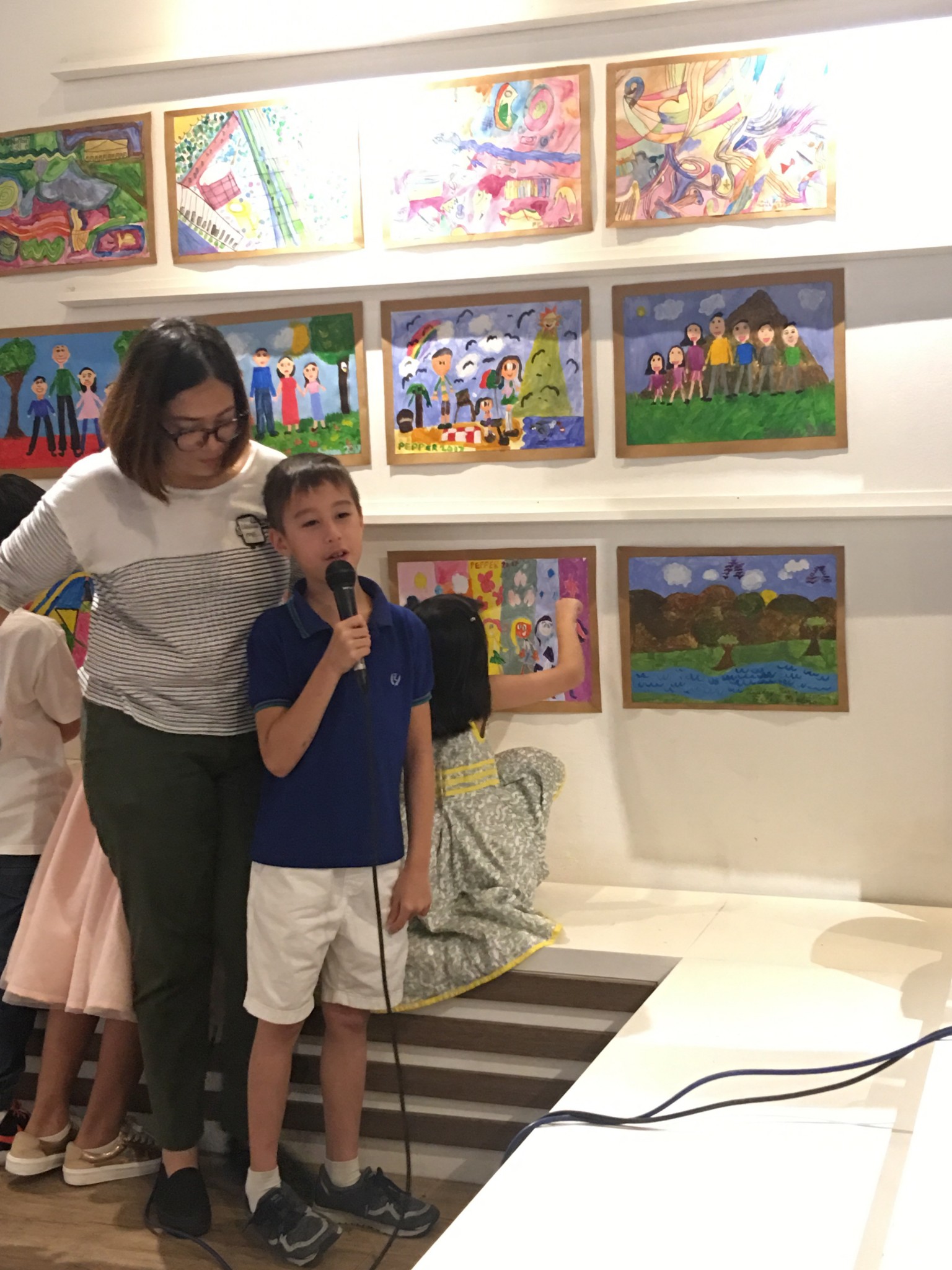 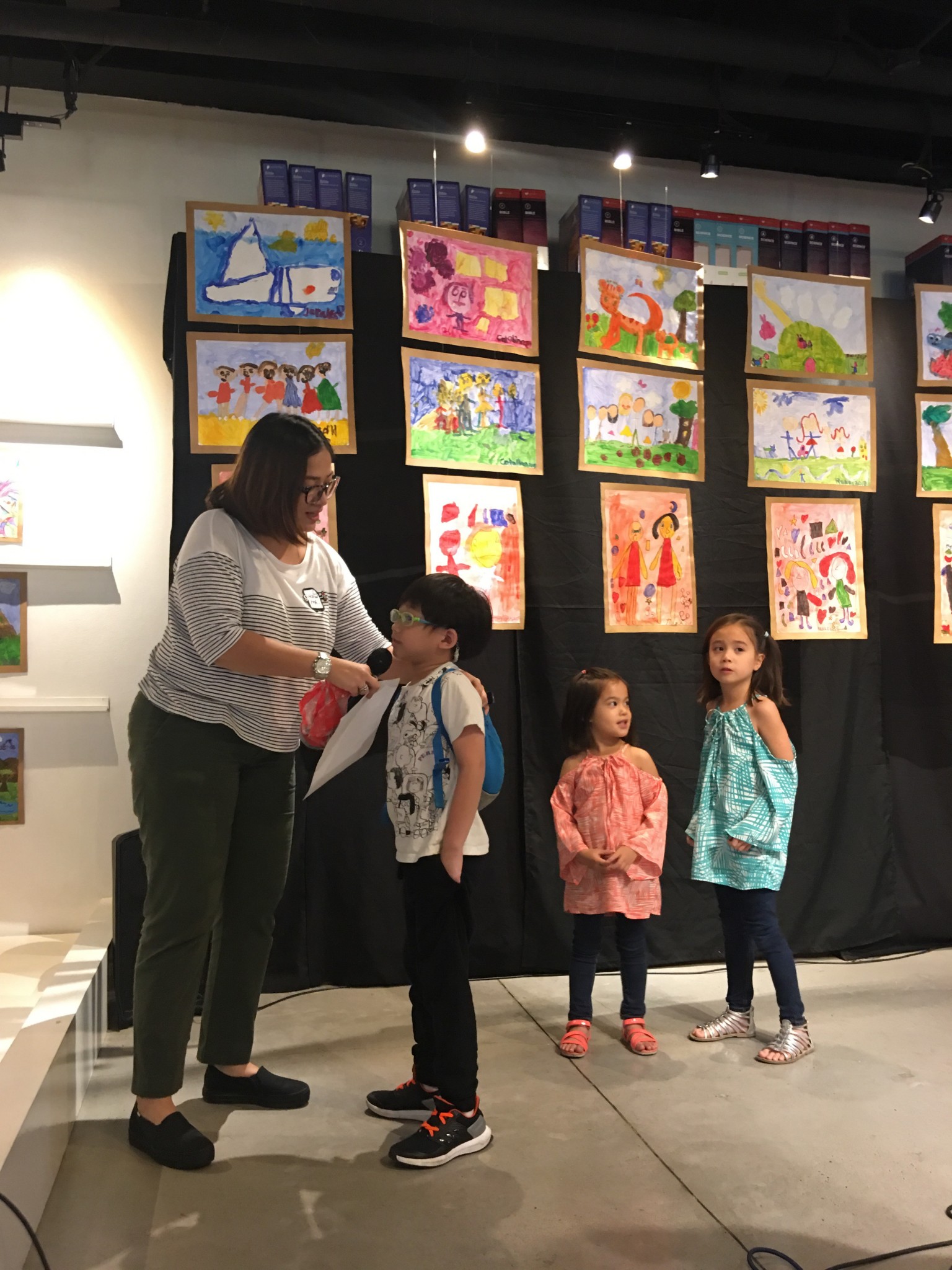 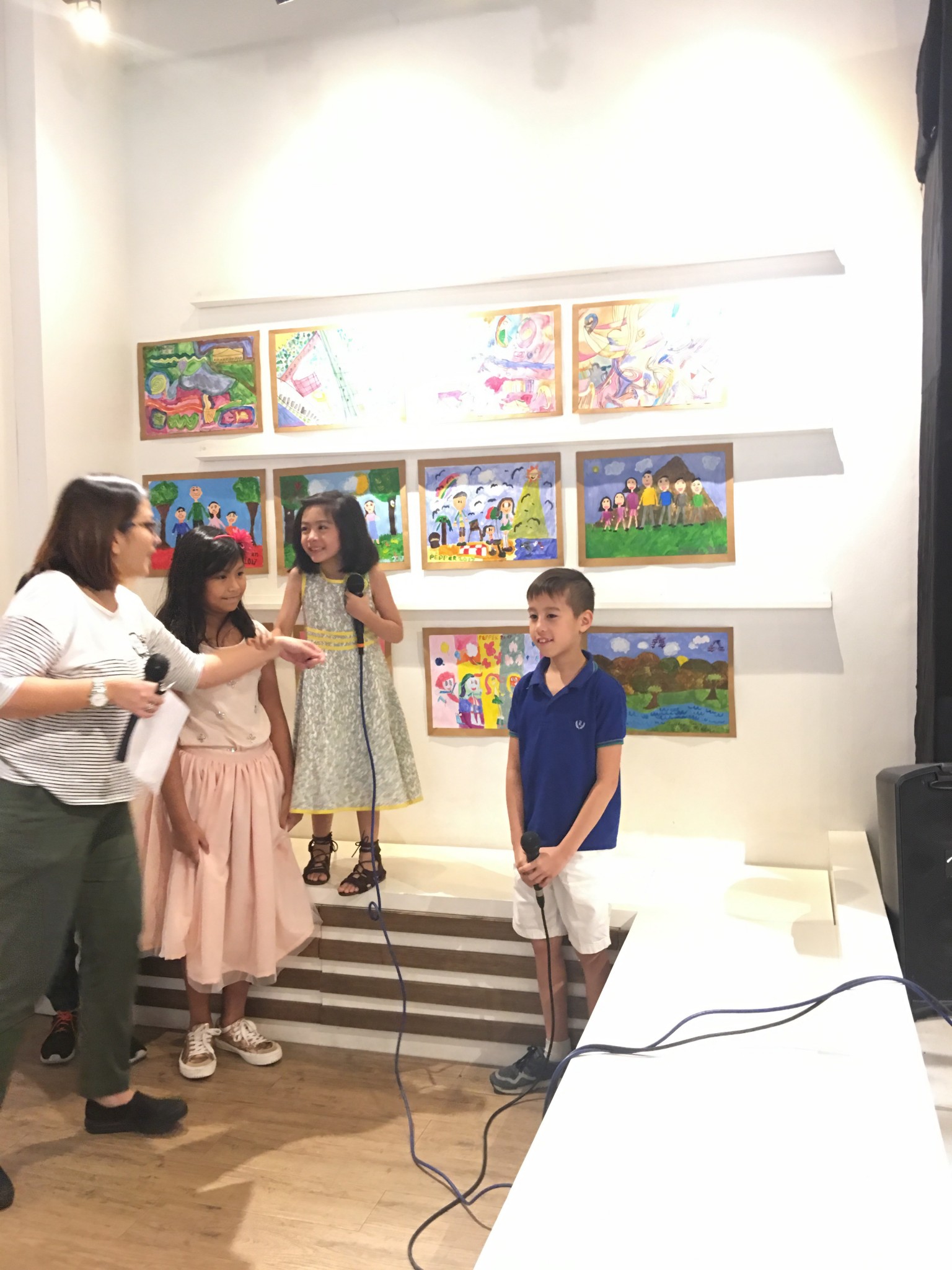 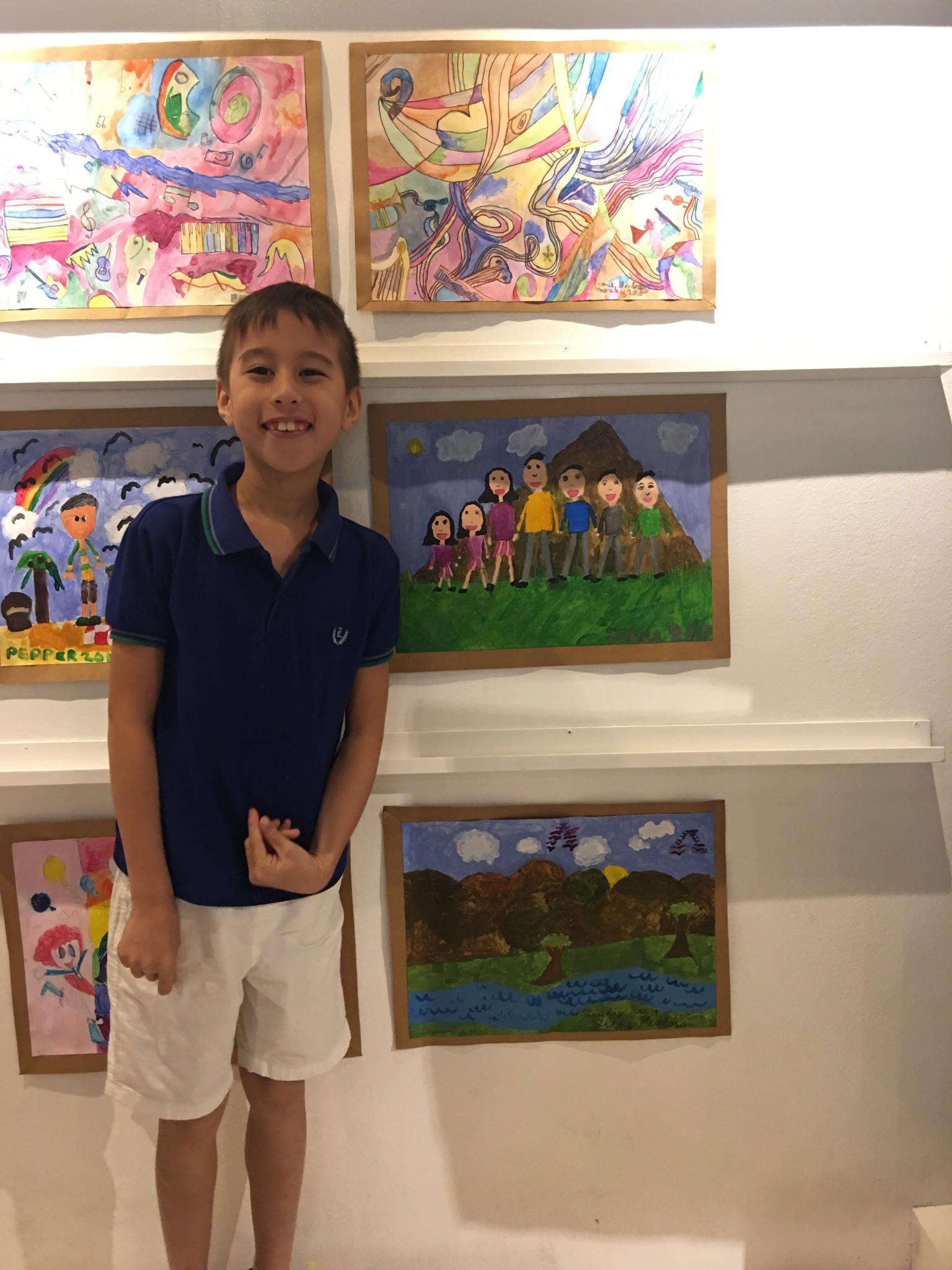 My favorite paintings of the kids’… 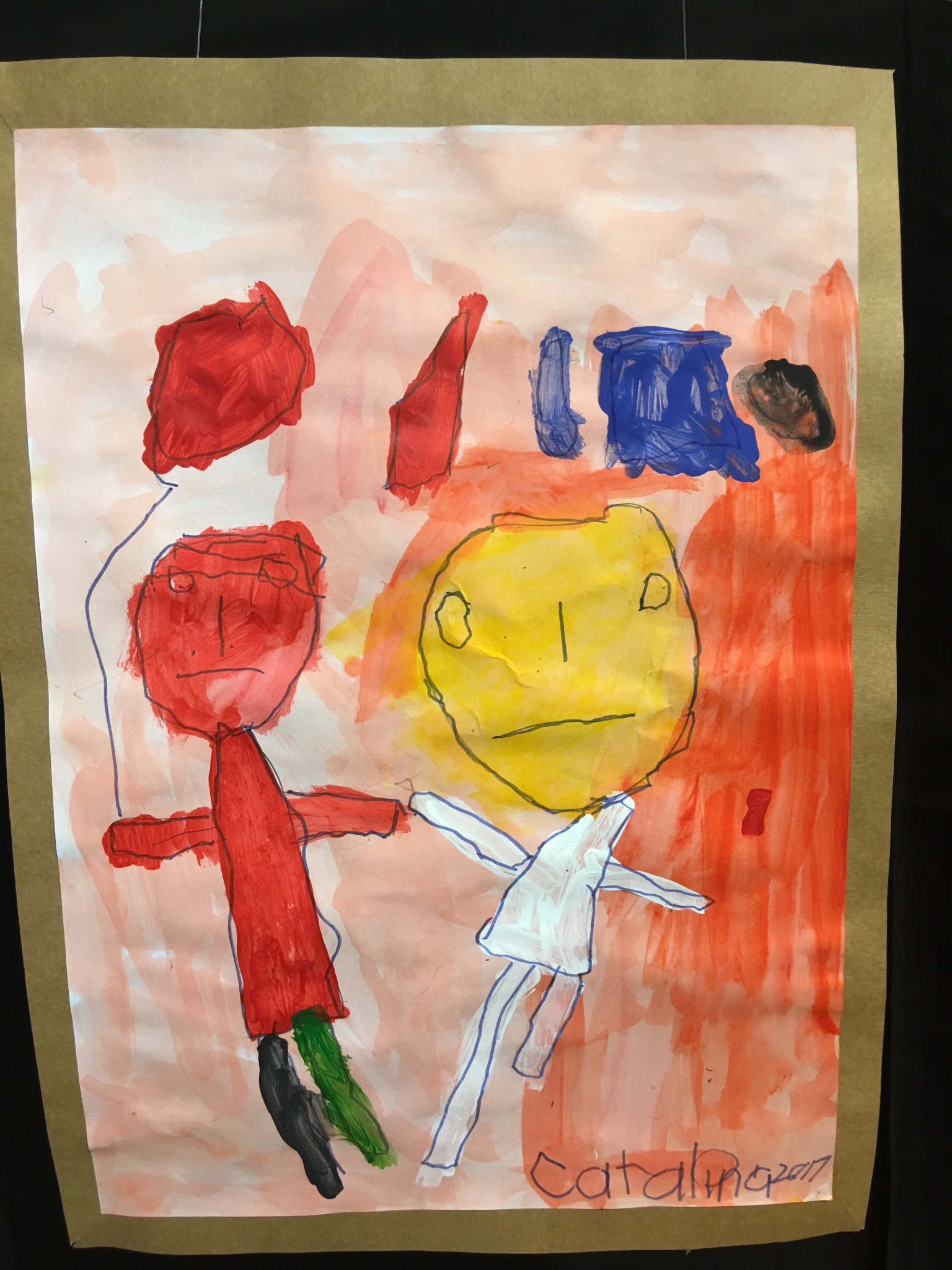 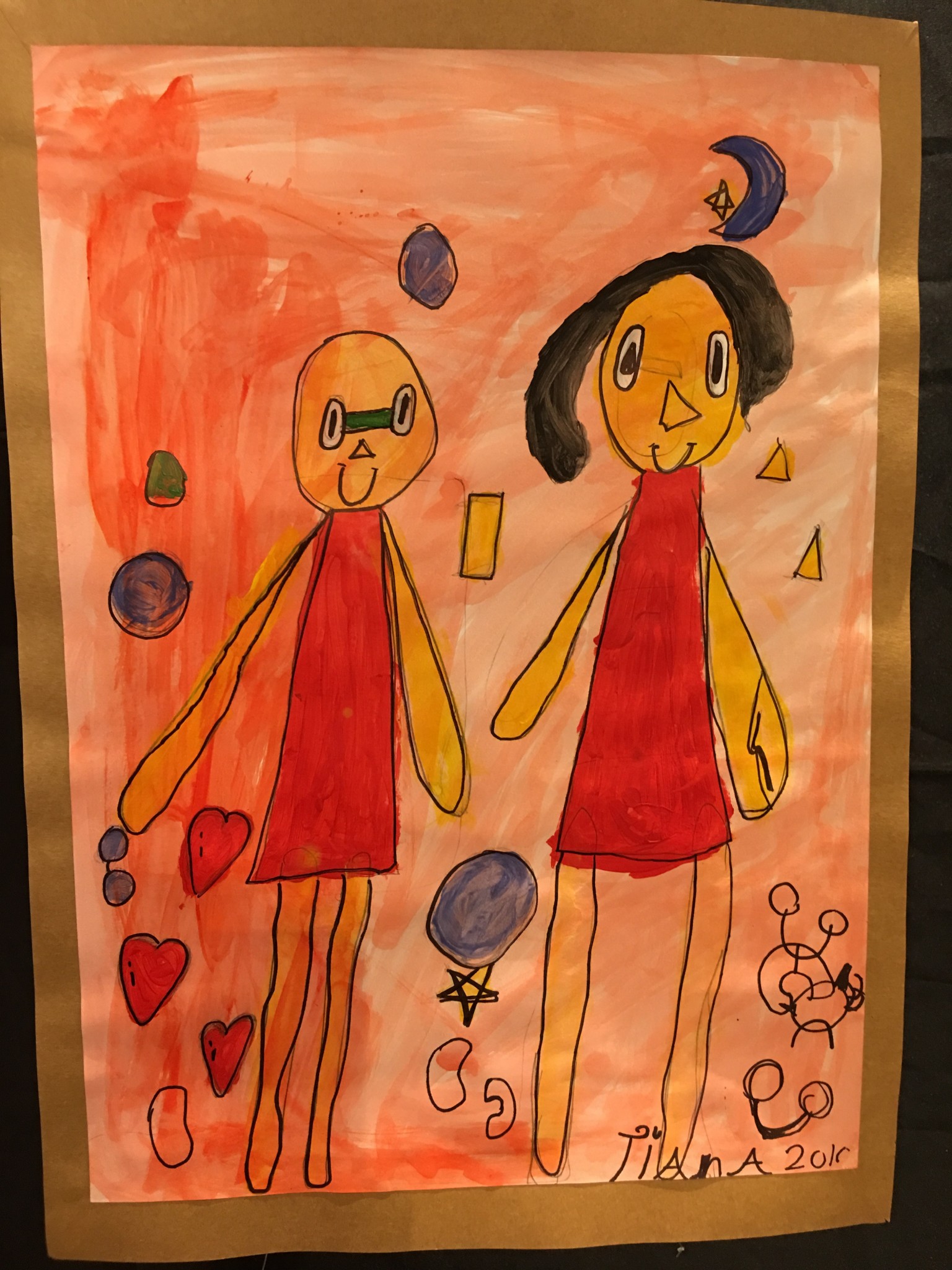 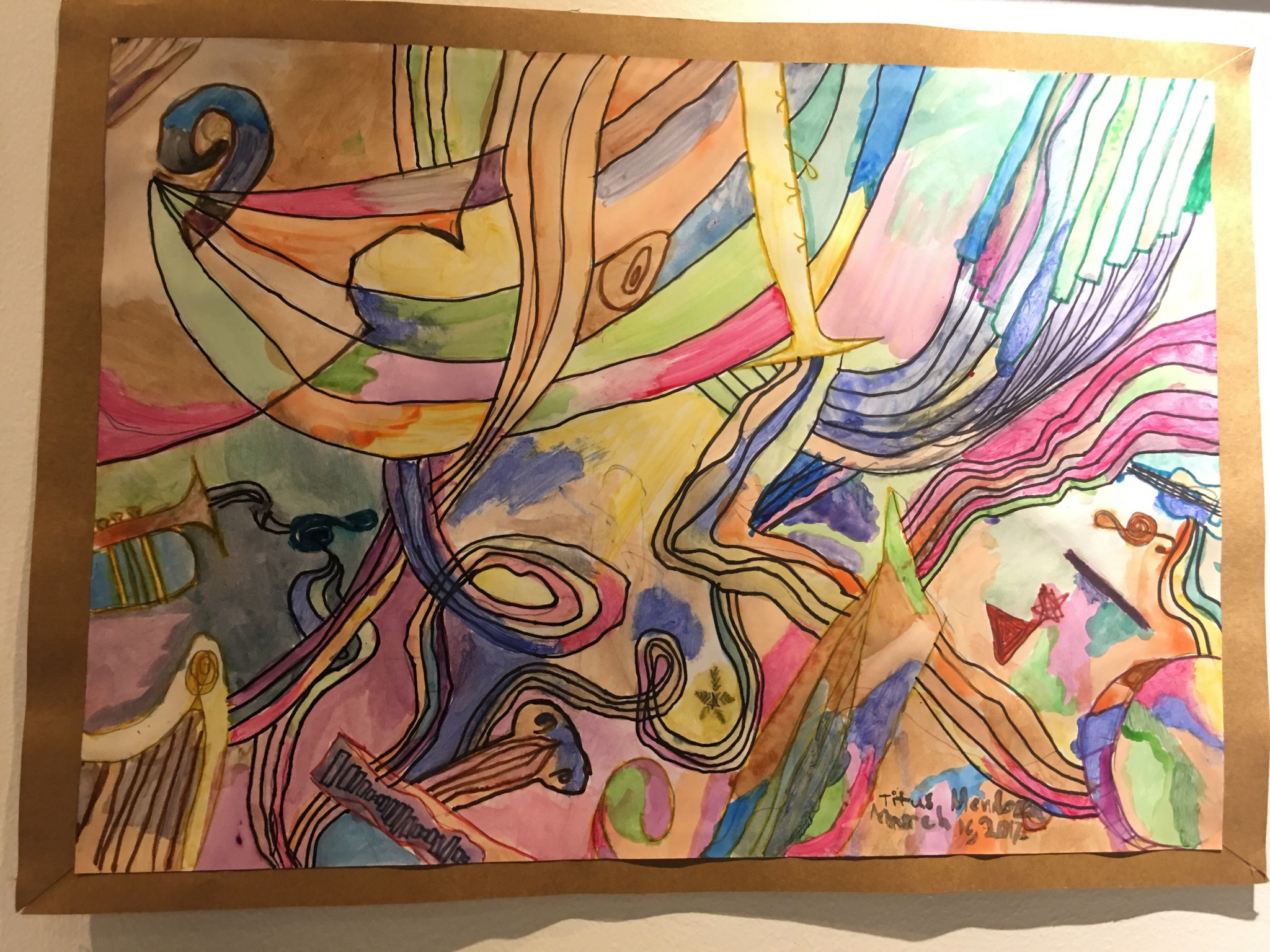 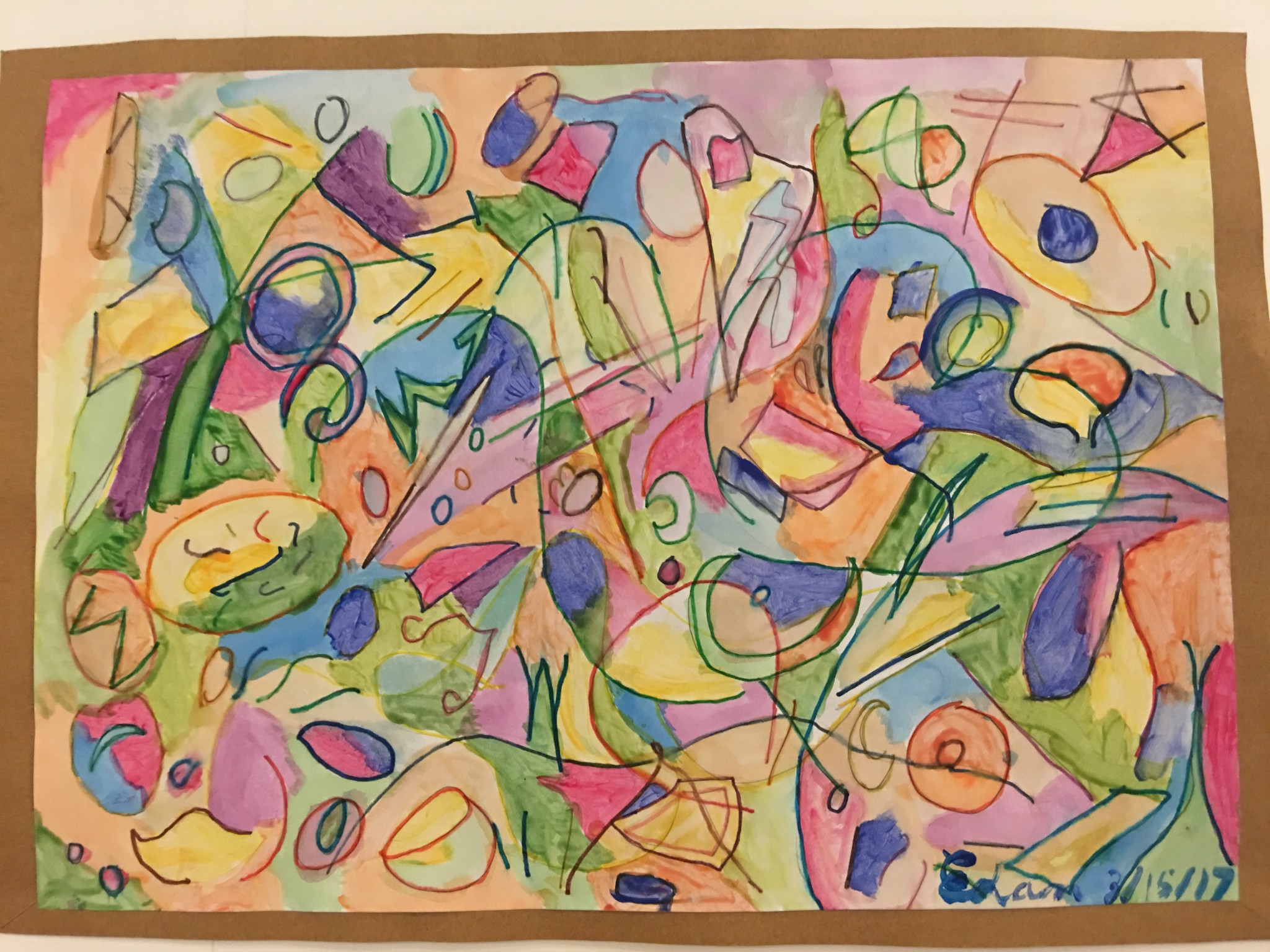 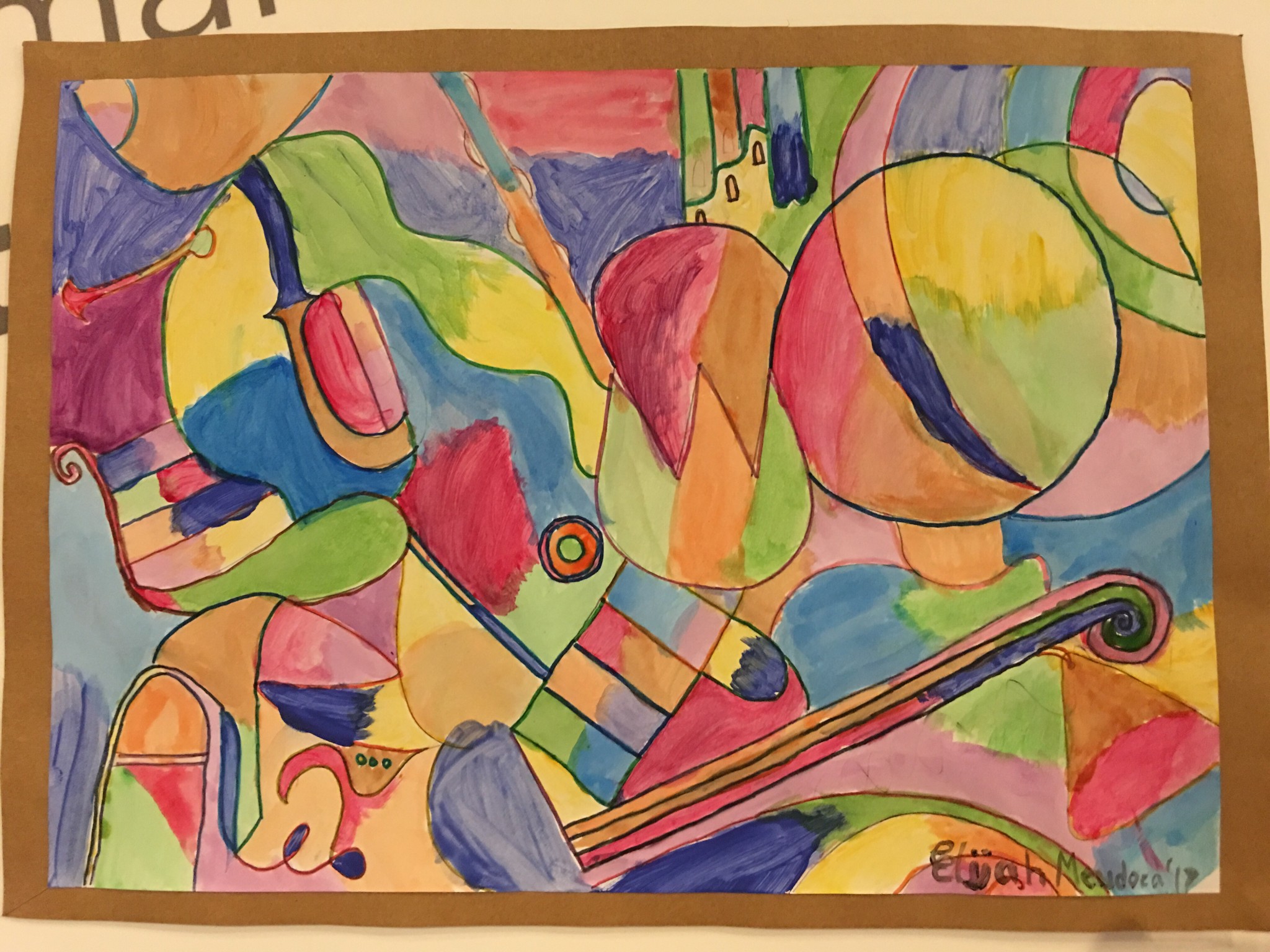 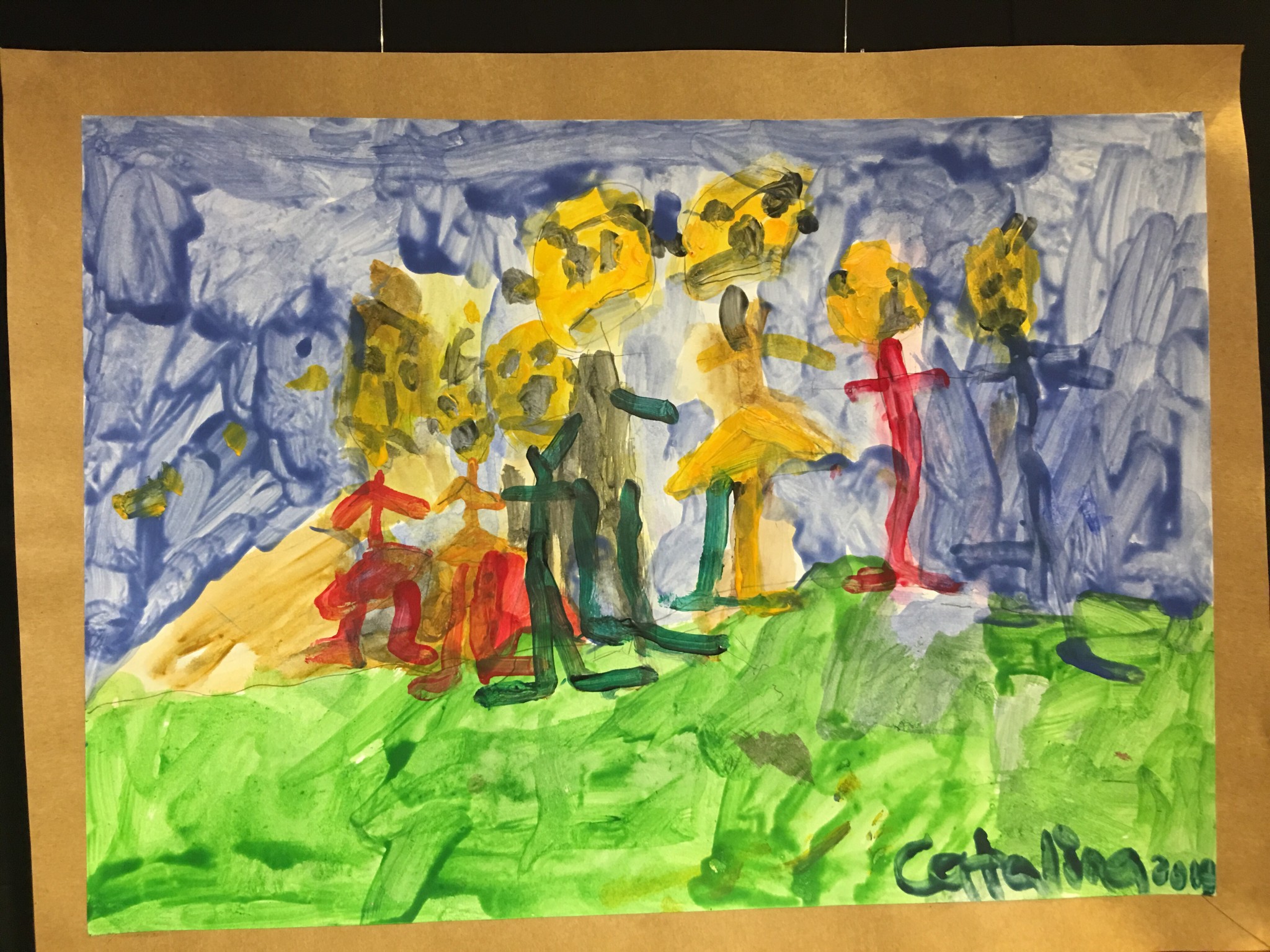 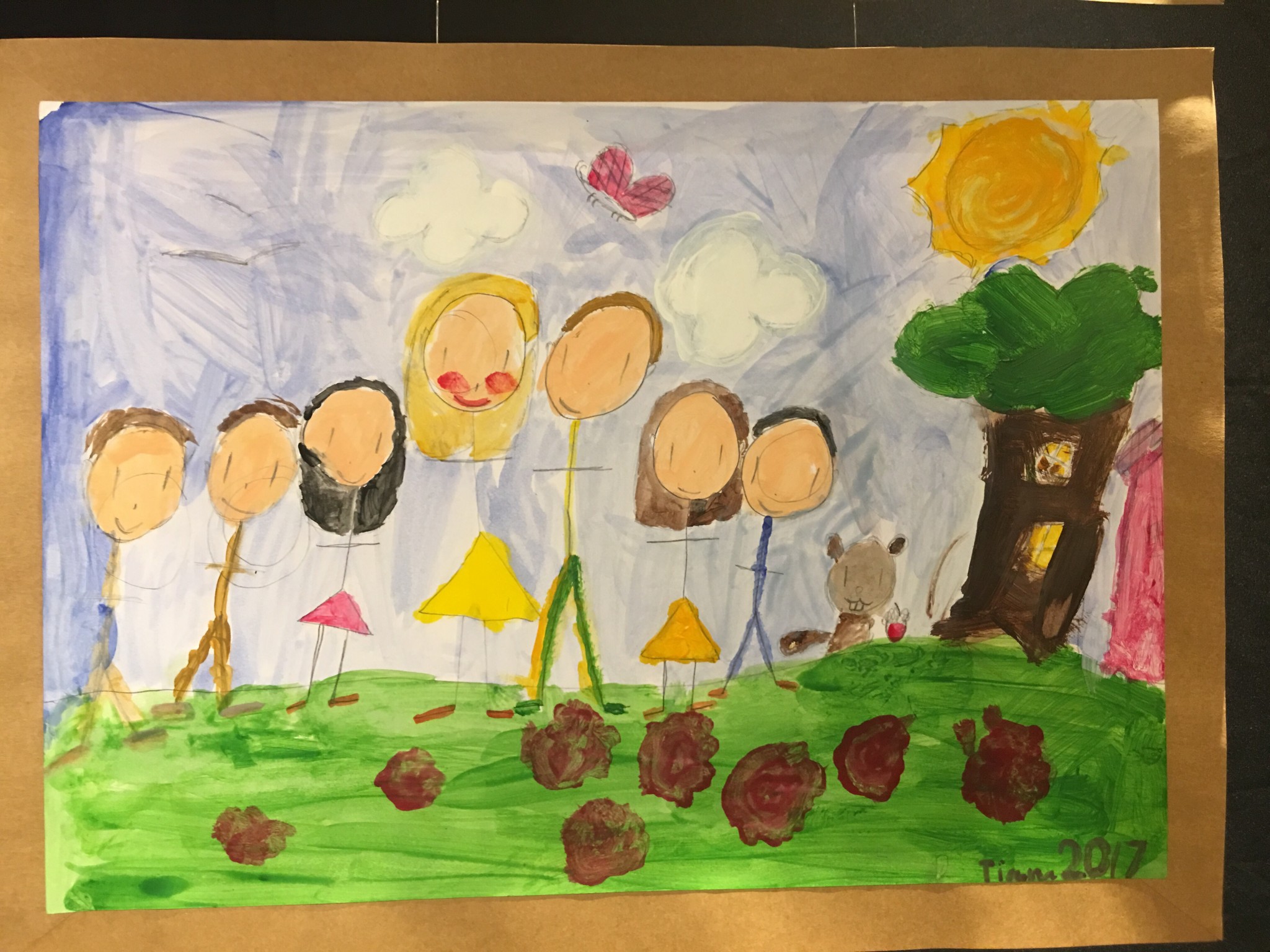 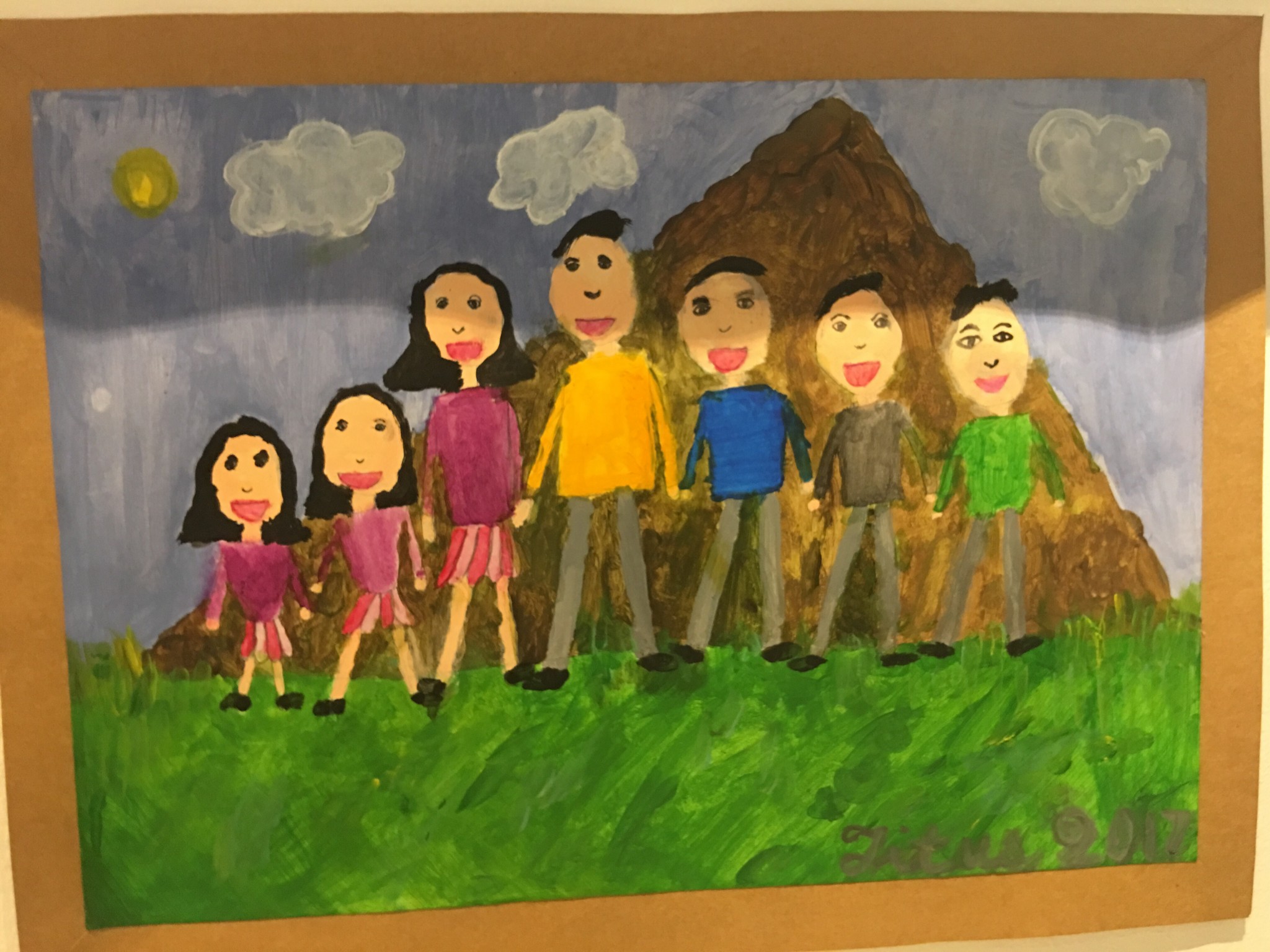 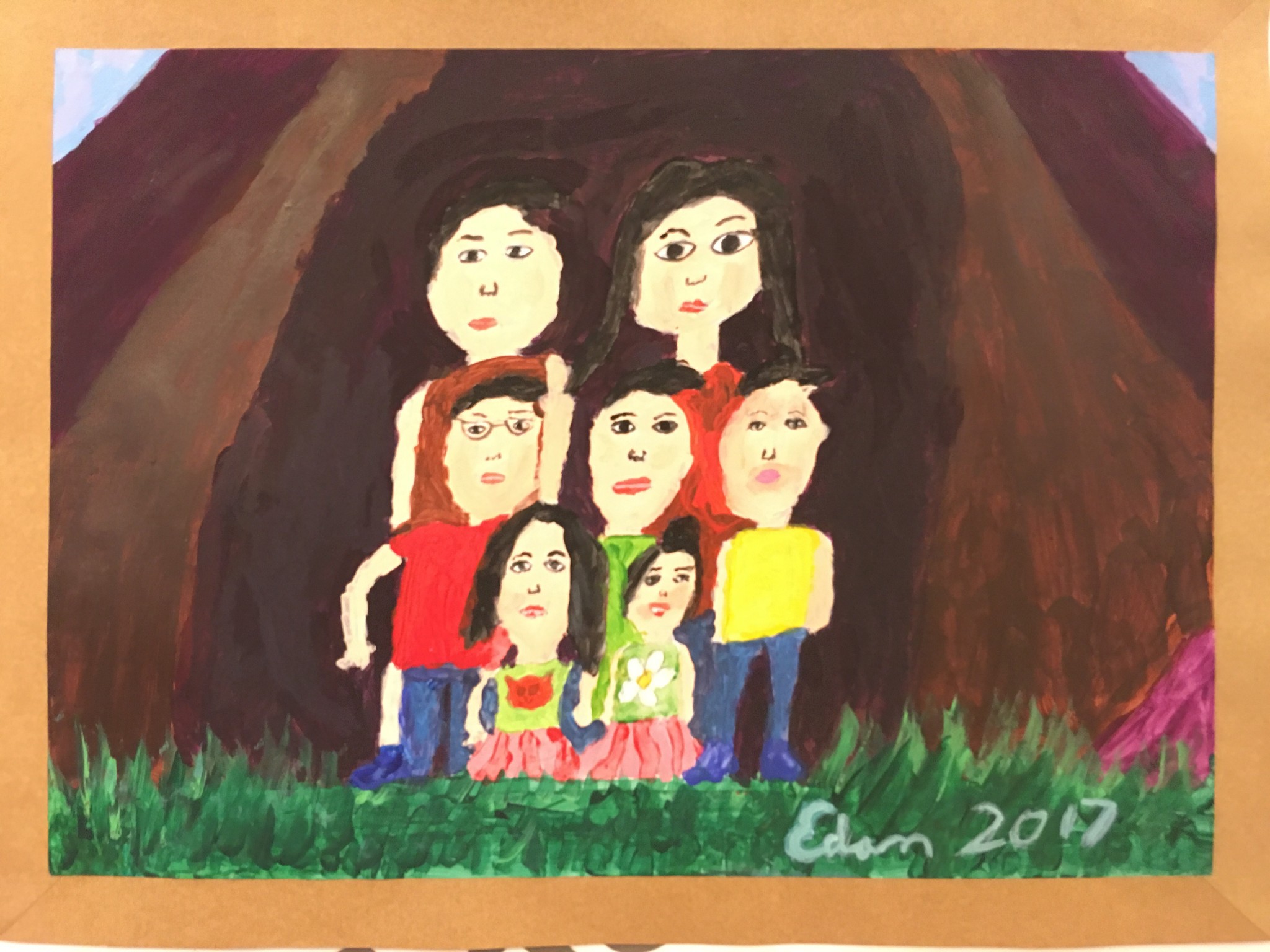 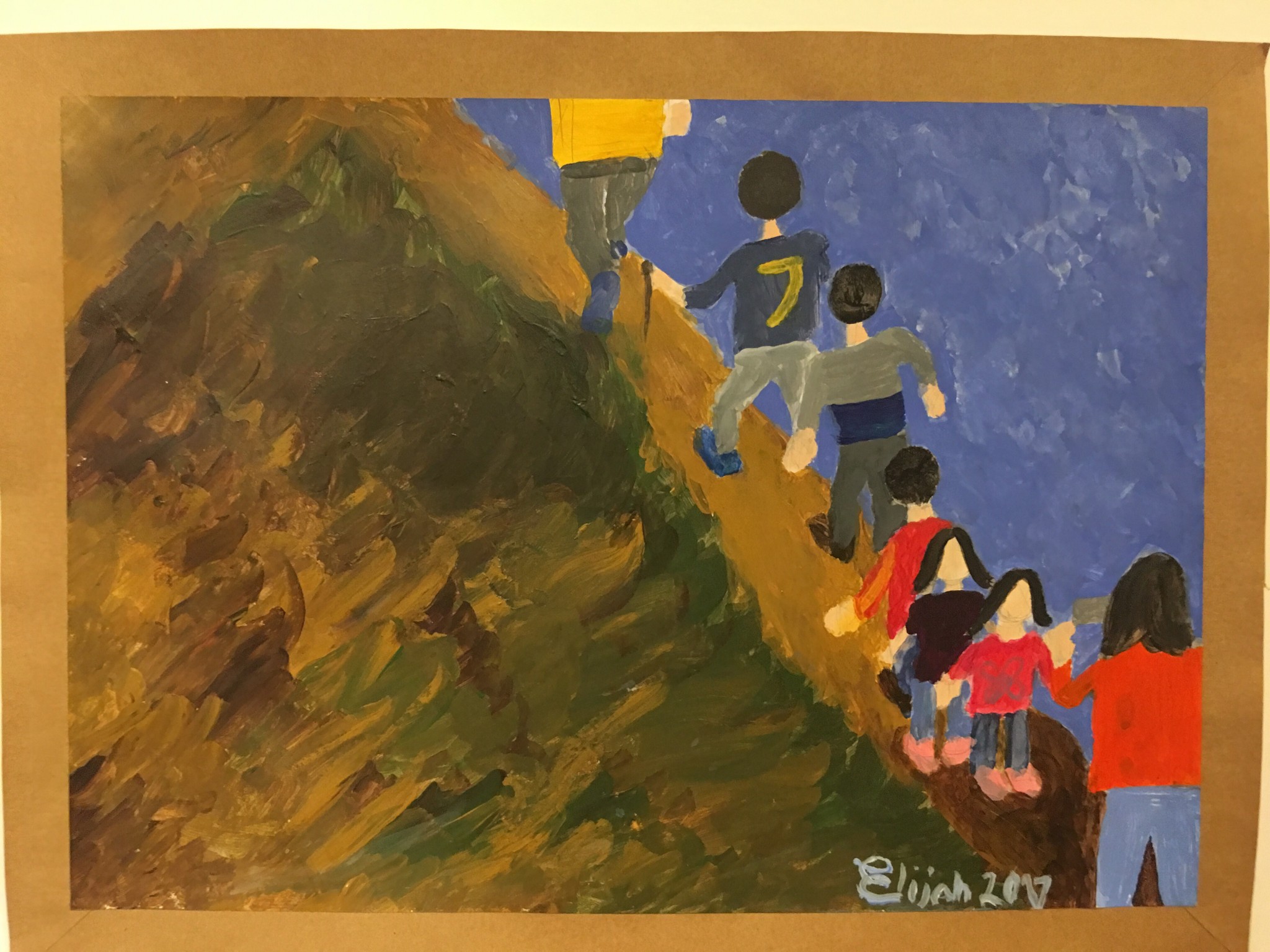 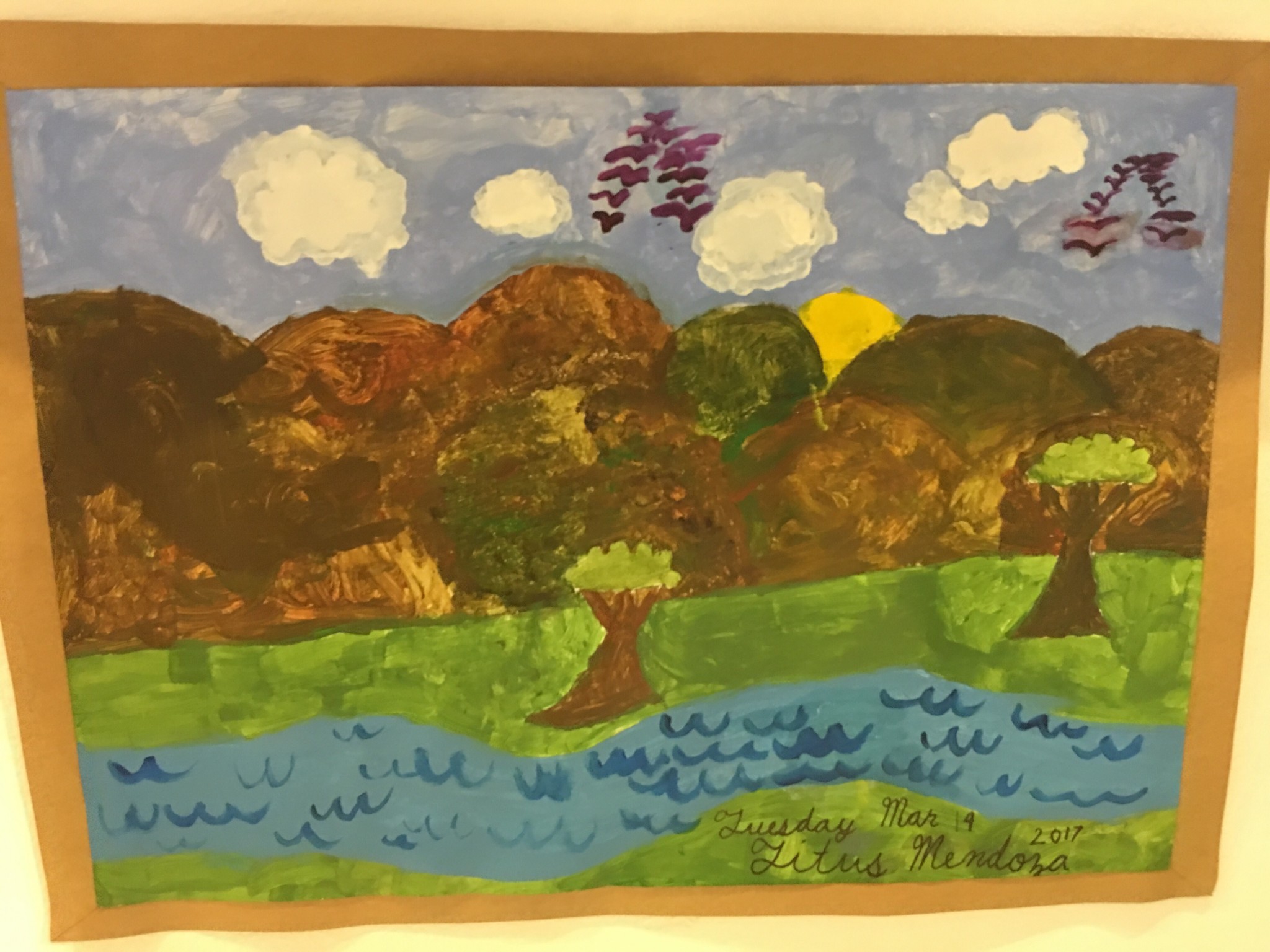 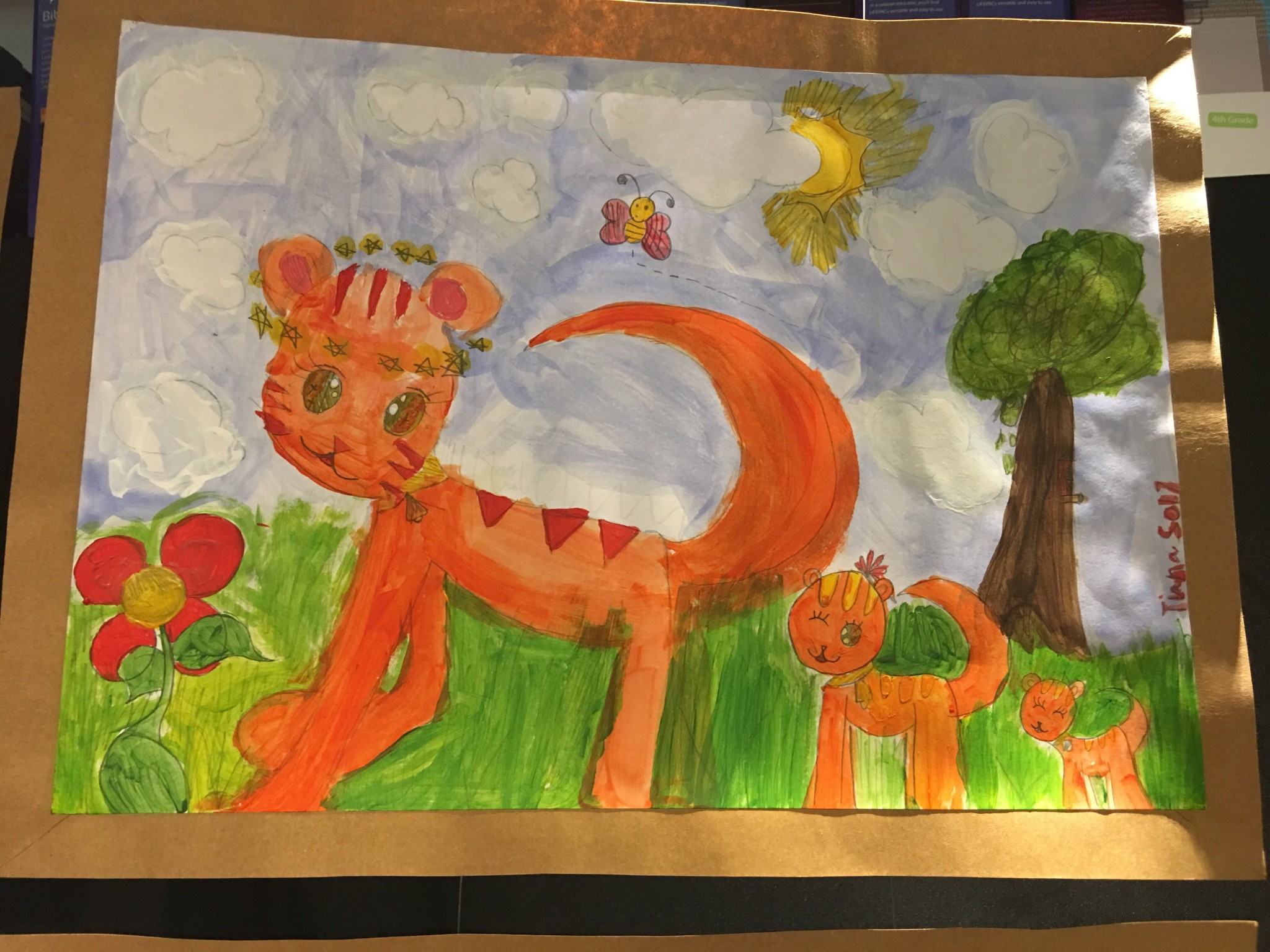 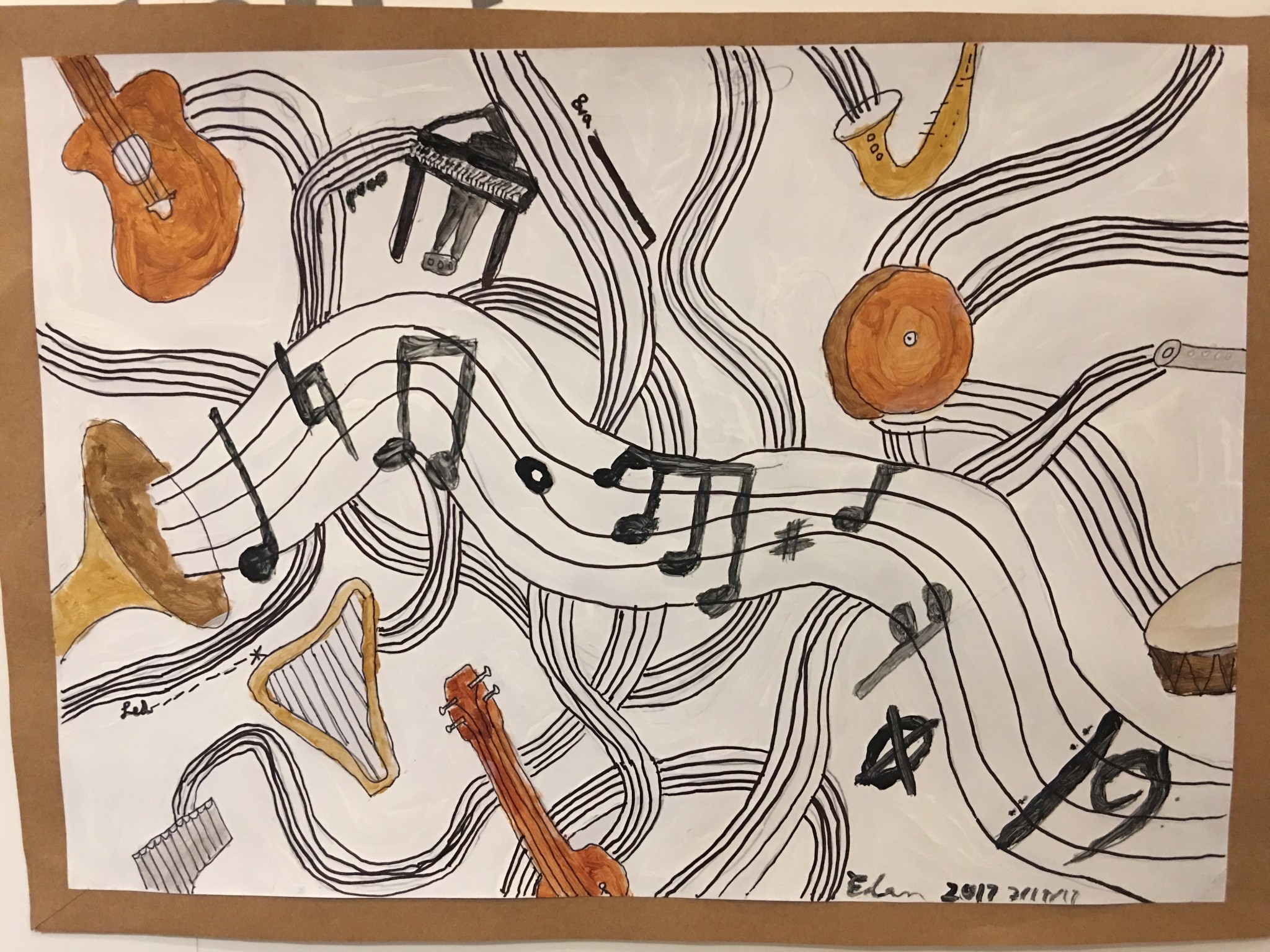 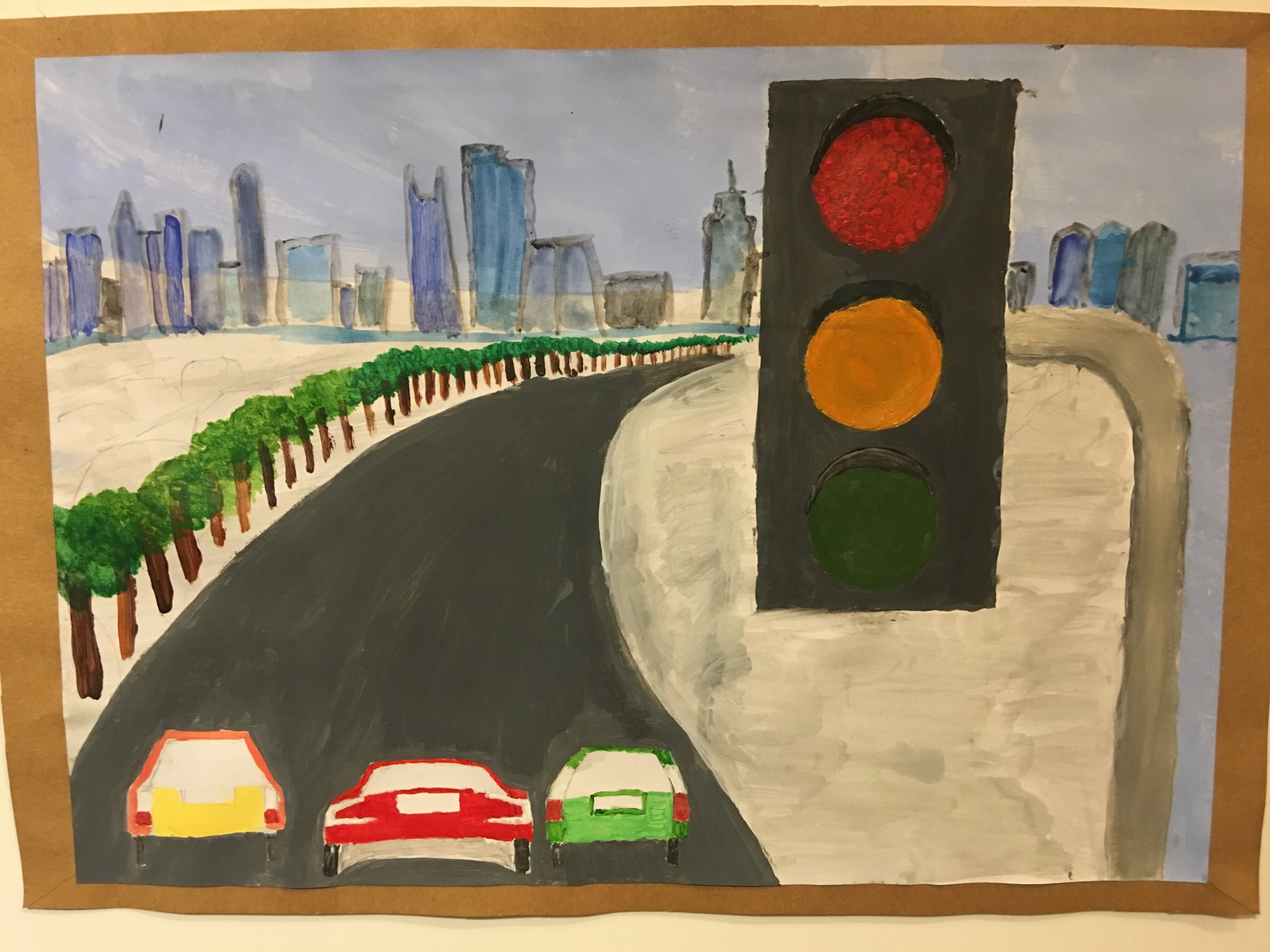 4 thoughts on “Standing in Front of Others”