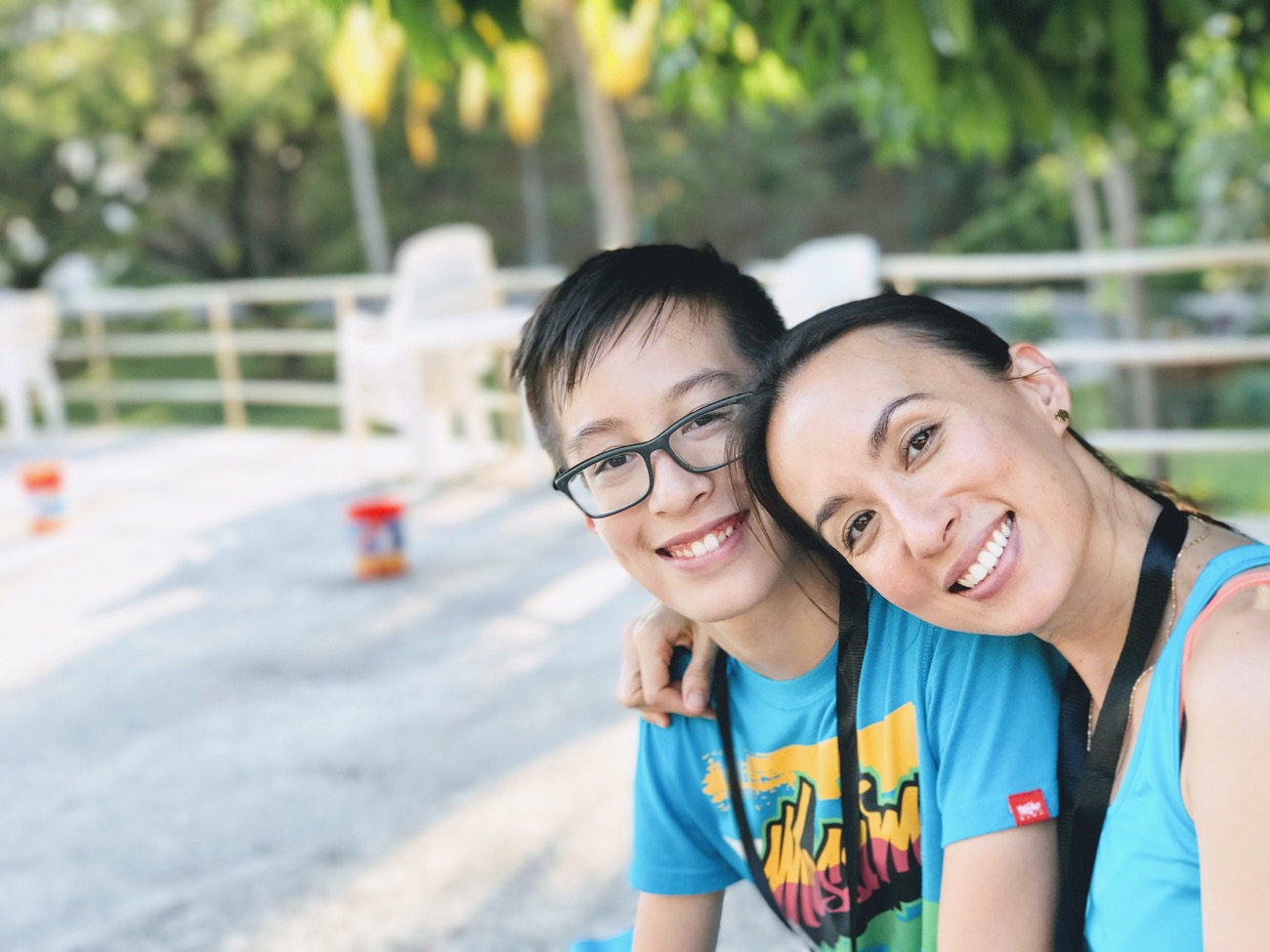 It’s official. Elijah is nearly two inches taller than I am. I don’t know when it happened but he’s been shooting up since February of this year, the month he turned fourteen. He’s still looking like Gumby with his lanky arms and legs, and twelve pounds lighter than my weight. However, I strain my arms trying to cut his hair now since I hold the clippers up to his head. I think he’s growing an inch every month?!

Does it make me feel old to have a young adult in my home? I don’t know. Sometimes, maybe. But then I have a four year old running all over the place, too, who convinces me that I can’t be that old because I need to keep up with her.

A part of me thought that this transition into a different stage of motherhood was going to be more emotional for me. However, Elijah’s handled his physical and emotional changes pretty well. When I asked him how he processed his entrance into young adulthood, he replied, “Well I have you and dad and I am around adults so I see how they behave, which gives me a reference.”

He also added that we equipped him to anticipate the changes by having many dialogues with him about what it means to be a young man. “There’s no such thing as the teenage years”, we would tell him. (The word “teenager” was a term coined by the Reader’s Digest, Life Magazine and Popular Mechanics post Depression-era, during the 1940s.)
“When you turn 13 you are officially a young man.”

Edric also took him on a rite of passage and initiated a gathering with godly men in his life who offered their sound advice on what it means to be a man.

Now I look at Elijah and feel a deep joy knowing that he is navigating these supposedly turbulent years with the grace I prayed he would have. Here are some of the things I appreciate about the age he is at:

1. He sets a wonderful example for his siblings when it comes to being disciplined with his quiet time with the Lord, responsibilities, and work.

2. He is my in-house tech support. He understands computers like I never will. Whenever there is a tech issue in the home, Elijah can usually fix it.

3. He keeps me accountable, in a polite way. Whether it is watching what I eat, like avoiding sweets, or minding my spending, he reminds me to be wise.

4. He is still open with me and shares his concerns, feelings, and joys with me. I still get to peek into his heart.

5. He assists me with the younger girls and even his brothers. When I need a babysitter, he ably and patiently watches and attends to his sisters. He also keeps everyone in line when I am not around. 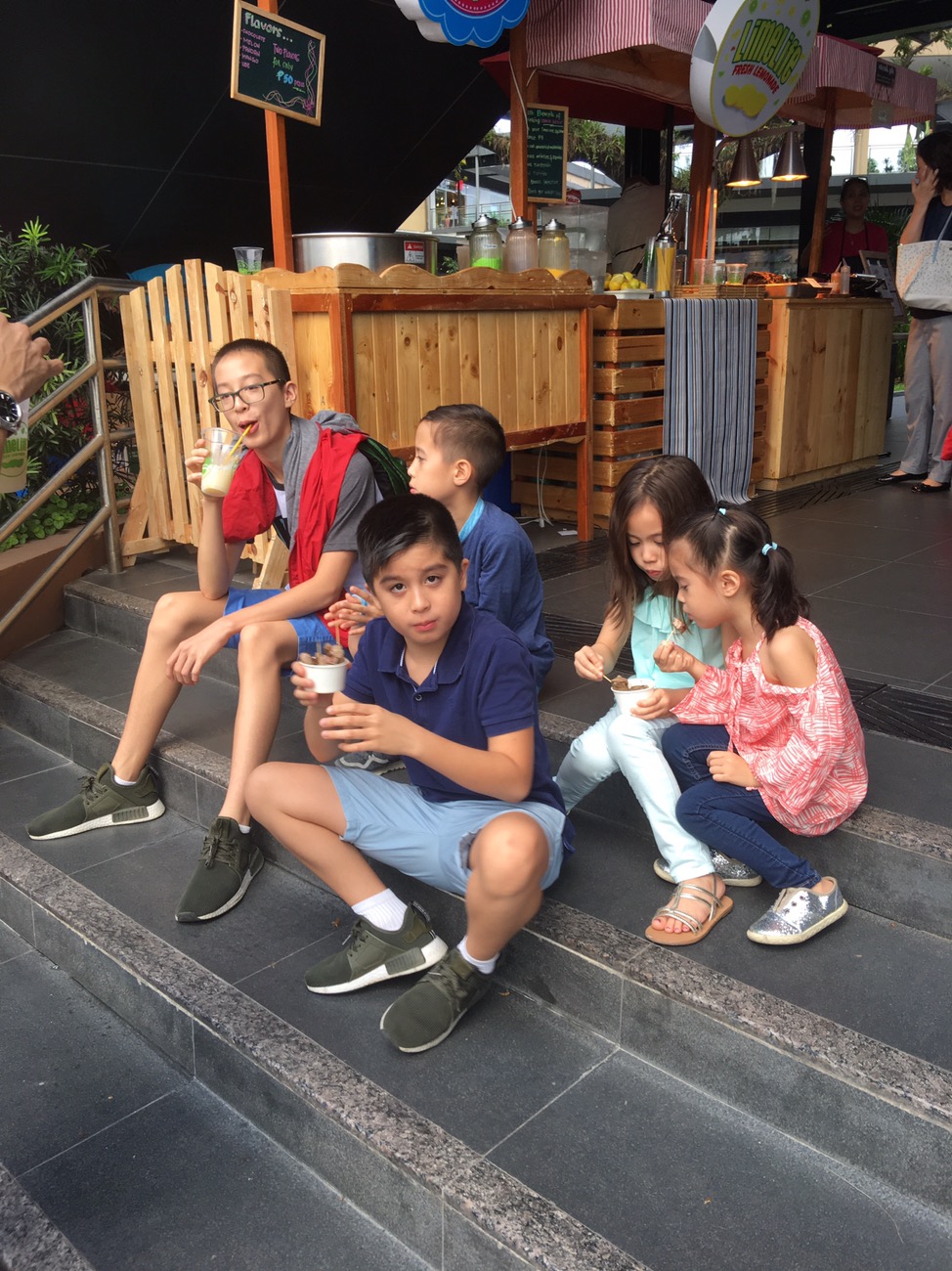 6. He still gives me hugs and welcomes hugs from me. He isn’t embarrassed to be affectionate towards me, even in public.

7. He’s my bodyguard and my young gentleman. When I need someone to be with me to complete my list at the grocery, carry my bags when they are too heavy, or keep me company at the hardware store, he gladly agrees to come along and help me out.

Elijah has his moments when he gets agitated, loud, and emotional about blocked goals and failure. Yet, for the most part, he’s turning out to be a wise young man who loves the Lord, as well as his family and friends. He also seeks to make choices that honor God and his parents.

I am sure every year will have its unique challenges for our kids and our parenting, but my encouragement is that God’s principles for raising children are sound and effective. His Word is dependable. When He declares, “Train up a child in the way he should go and when he is older he will not depart from it (Proverbs 22:6),” it is both a charge and a promise.

If we do our part as parents, modeling the right values and character traits we want our children to espouse, and discipling them to become men and women who love God with all that they are, I know that we can bank on the Lord’s promise. He will produce the fruit we long to see in the lives of our kids. Our efforts will not be in vain, not because we are doing such a fantastic job as parents, but because the Lord is FAITHFUL. Although I cannot see the future or anticipate all the trying life situations my kids will go through, my fears are overridden by the hope I have in God’s faithfulness.

1 Thessalonians 5:24 says, “Faithful is He who calls you, and He also will bring it to pass.” In the preceding verses Paul tells God’s people to examine everything carefully, to avoid evil, to cling to what is good, and the God of peace will sanctify us and preserve us till the end.

As we invest in the lives of our children, teaching them to be discerning, to run away from sin, and to hold on to what is good, may God sanctify and preserve them! Let’s claim this by faith!